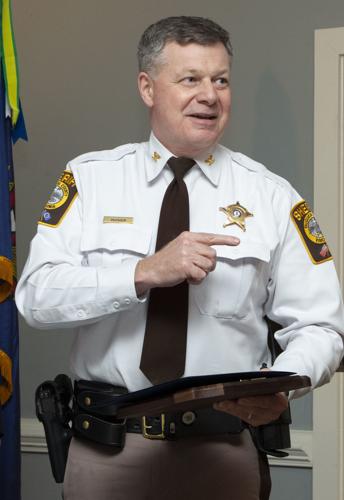 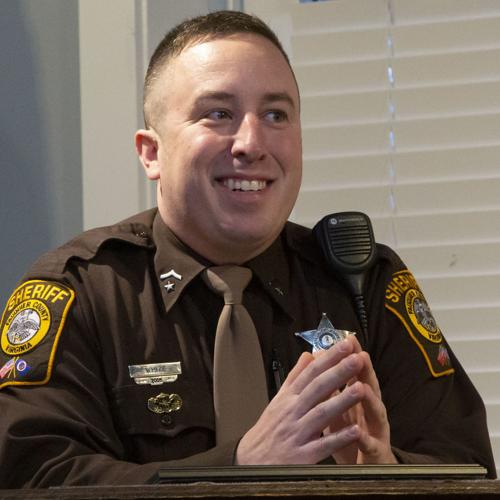 Warrenton’s VFW Post 9835 awarded the Officer of the Year title on March 14 to Master Deputy Jordan White of the Fauquier County Sheriff’s Office. 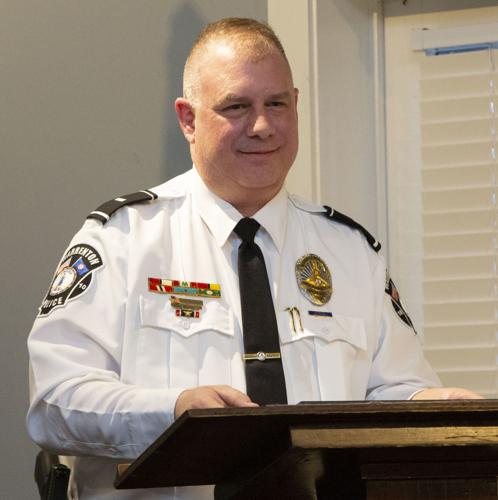 Lt. Arthur Mellon of the Warrenton Police Department was honored Thursday night as Officer of the Year by VFW Post 9835.

Warrenton’s VFW Post 9835 awarded the Officer of the Year title on March 14 to Master Deputy Jordan White of the Fauquier County Sheriff’s Office.

Lt. Arthur Mellon of the Warrenton Police Department was honored Thursday night as Officer of the Year by VFW Post 9835.

Mosier was surprised, however, when VFW District Commander Geoff Lyster stepped to the podium to present him with the post’s first-ever “Citizen of the Year” award.

Dombroff explained, “It was a case of one individual clearly rising to the top. This will not necessarily be an annual award; it may be two to three years before someone stands out like this again.”

Lyster said of Mosier, “He fulfilled a campaign promise to see his department accredited with the Commonwealth of Virginia. His inspired use of Facebook and other media to keep Fauquier’s citizens informed of significant issues, both good and bad, has brought his department into closer association with the citizens they serve.

“He reduced the number of unmarked vehicles patrolling the county, ensuring that the citizens recognize his people and feel confident in approaching them.”

Lyster also credited Mosier with improving the morale of his department, obtaining higher salaries, reducing staff turnover, increasing the number of resource officers assigned to the county’s schools and doubling the training budget.

“His openness and approachability have earned him the respect and admiration of all,” Lyster concluded.

Mosier accepted the award, thanking his wife Cindy for her “sacrifices on the home front” over the years, and recognizing “the great work of the men and women of the Fauquier County Sheriff’s Office.”

Officers of the Year

Lt. Arthur Mellon was nominated for Officer of the Year by Warrenton’s Acting Police Chief Tim Carter. After 19 years on the police force, he is the acting deputy police chief and supervisor of the criminal investigation division and property and evidence section.

Dombroff said, “Chief Carter states that Lt. Mellon is indispensable to the department’s efforts to provide efficient and effective law enforcement and policing services in Warrenton.”

“His personal experience as a combat veteran in Iraq has allowed him to be exceptionally effective in dealing with mental health crisis issues,” Dombroff said.