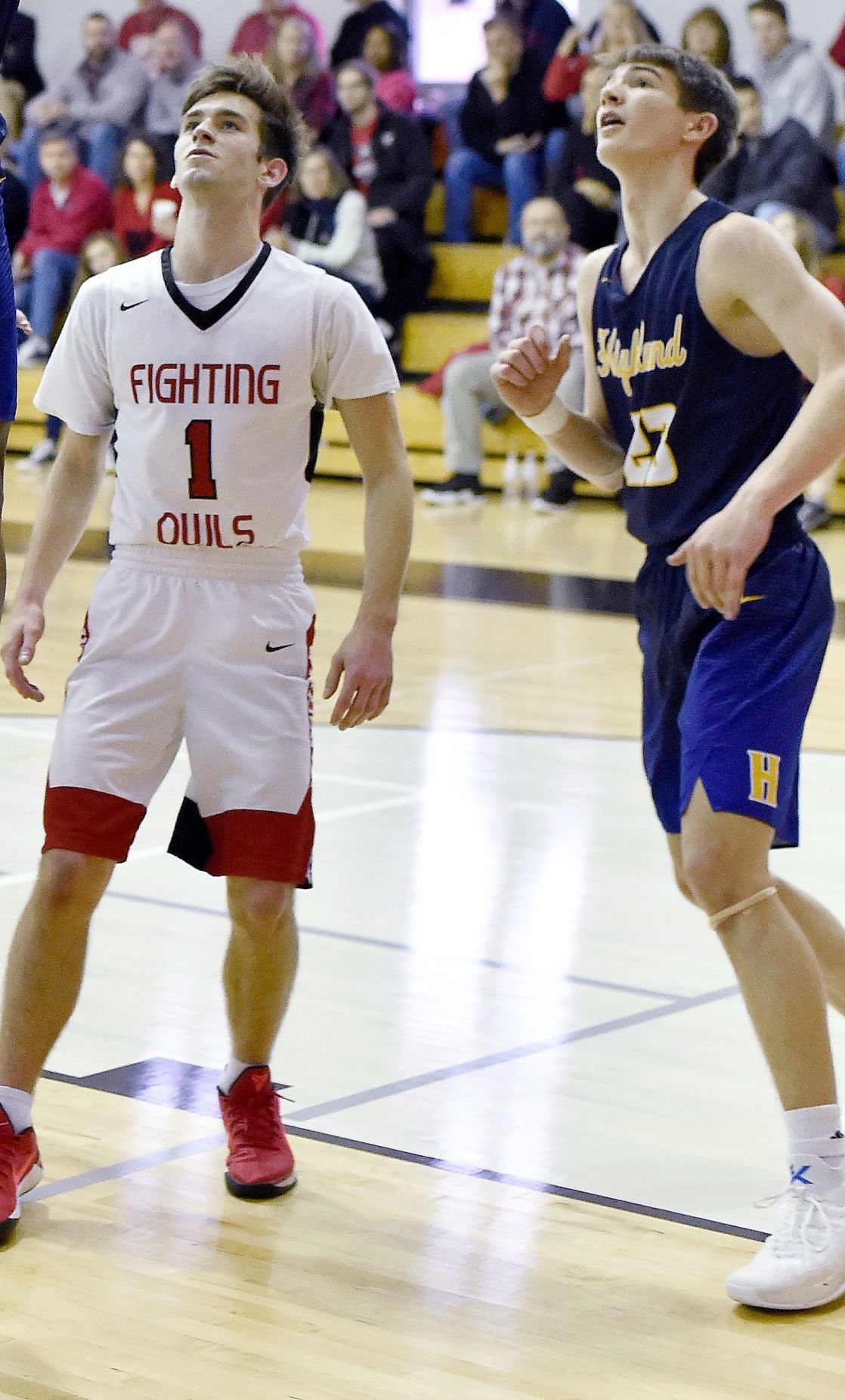 Spencer Harman (1) and the Wakefield Owls advanced Thursday to play Angelo Brizzi (right) and the Highland Hawks in the final of the Delaney Athletic Conference tournament Saturday. 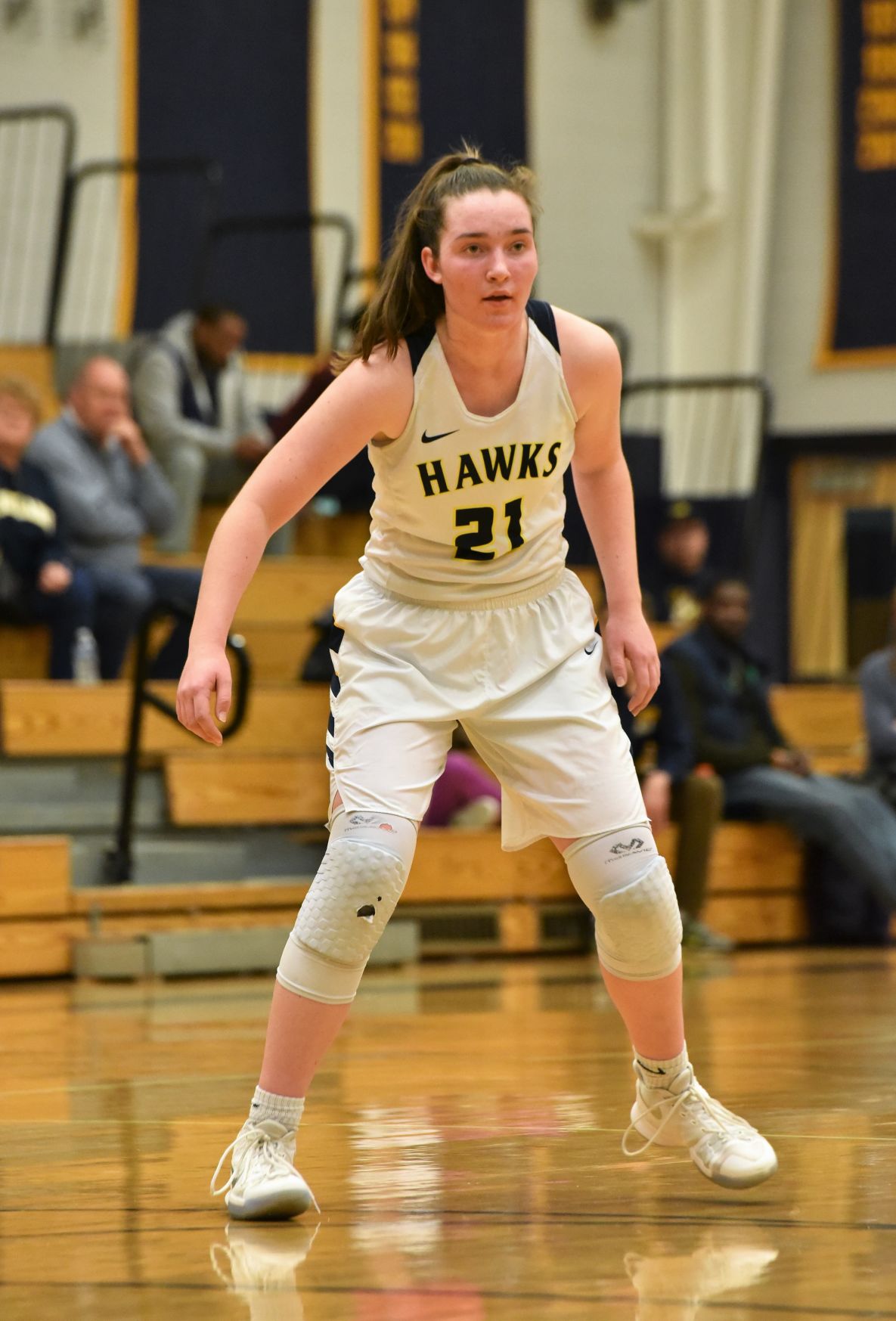 Highland's Kayla Soltys had 28 points Thursday during a 57-37 win over Fredericksburg Christian in the semifinals of the Delaney Athletic Conference tournament.

Spencer Harman (1) and the Wakefield Owls advanced Thursday to play Angelo Brizzi (right) and the Highland Hawks in the final of the Delaney Athletic Conference tournament Saturday.

Highland's Kayla Soltys had 28 points Thursday during a 57-37 win over Fredericksburg Christian in the semifinals of the Delaney Athletic Conference tournament.

Spencer Harman and Kaleb Torrence combined for 43 points Thursday to help the Wakefield Owls beat Seton 73-60 during the semifinals of the Delaney Athletic Conference boys basketball tournament at home in The Plains.

“Was the difference-maker tonight,” Owls coach Al Ford said of Harman. And “Kaleb Torrence had an excellent game as our floor general.”

The Highland Hawks held an opponent under 50 points for the 10th time this season by beating Tandem Friends 69-40 Thursday during the semifinals of the Delaney Athletic Conference boys basketball tournament.

Highland took a 17-6 lead in the first quarter and a 29-14 halftime advantage before entering the fourth period with a 47-27 lead en route to winning their 49th consecutive game in DAC play.

“I was proud of the way we came out with effort and energy to start the game,” Hawks head coach Brian Hooker said. “I thought that set the tone for the game and made it really tough for Tandem to get back in it.”

Angelo Brizzi led Highland with 15 points and Jalen Jasper had 13 with eight each from Darret Justice and James Jasper, while Zion Hanberry had seven.

“Happy with the way we rebounded the ball as a team, something that is going to be important for us moving forward,” Hooker said.

The Highland Hawks beat Fredericksburg Christian for the seventh consecutive time Thursday, winning 57-37 during the semifinals of the Delaney Athletic Conference girls basketball tournament at home in Warrenton.

So they improved their record to 17-7 and advanced to play Seton in the DAC championship game Saturday, seeking their 13th consecutive victory.

Against Fredericksburg, Kayla Soltys had 28 points, including 15 points in the third quarter, helping the Hawks take a 52-29 lead after entering the second half with a 31-11 advantage. They began the game with a 14-3 run and finished the first period with a 17-7 lead.

Previously, Highland defeated St. John Paul the Great 52-32 Feb. 15 on the road in Dumfries despite falling behind 13-7 in the first quarter thanks to three early 3-pointers by the Wolves. The Hawks rallied for a 20-16 halftime lead and a 35-24 advantage entering the fourth period.

“Proud of our ladies battling tonight and staying together to get the job done,” Highland coach Diana Martinez said. “John Paul is a great team that is full of workhorses; our ladies gutted this one out as it was a fight to the finish.”

Cochrane had a double-double for the second consecutive game, finishing with 14 points and 11 rebounds, while Kayla Soltys had 13 points. Soltys’ streak of 34 consecutive games with a 3-pointer ended as she went 0-for-4, but she made 9-of-12 free throws.

Ramcharan had 12 points and Megan Kirby had six, while Abby Soltys had four assists. Andrews added six rebounds with five each from Kayla and Abby Soltys.

“We were relentless on the boards and that proved to be key in earning us this win,” Martinez said.