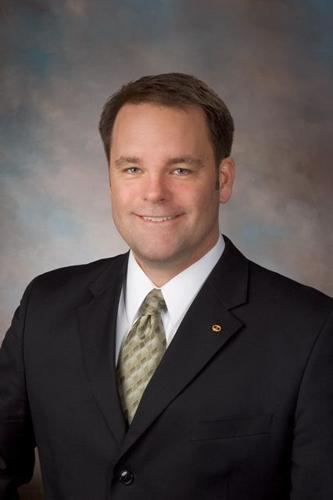 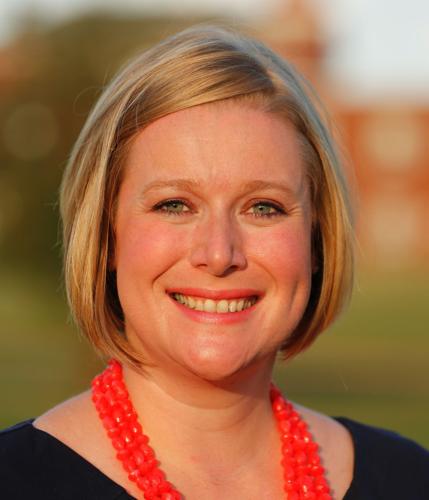 Dumfries attorney Jacqueline Smith will face Del. Jackson Miller in a special election for Prince William County Clerk of the Circuit Court, a post left vacant by the Feb. 16 death of Michele McQuigg, who held the office since 2008.

It will be the second bid for Smith, 34, who announced her candidacy on Thursday, March 2, just hours before Prince William’s six circuit court judges declared the special election would be held ton Tuesday, April 18.

The Prince William County Republican Committee announced Miller, 49, would be their candidate on Saturday, March 4, during their annual Lincoln-Reagan Dinner in Gainesville. Miller represents the 50th District in the Virginia House of Delegates. His seat is up for re-election in the Nov. 7 general election.

Miller was elected delegate in 2006, after the death of former Manassas Mayor Harry Parrish (R), who had held the seat for 24 years. Prior to that, Miller served on the Manassas City Council for two years. The Fairfax County native was also a Prince William County police officer and an officer in the U.S. Army reserve before launching a career in real estate. Miller co-owns Crossroads Realty in Old Town Manassas.

Smith ran against McQuigg in 2015. McQuigg came out on top of that contest with 52 percent of vote in an election that attracted fewer than 30 percent of voters in Prince William County and the cities of Manassas and Manassas Park.

Turnout is expected to be even lighter for the April special election, when the circuit court clerk’s race will be the only contest on the ballot. That’s why many Democratic local officials pushed for the special election to coincide with the Nov. 7 general election. In Prince William County, Democrats tend to fare better when turnout is higher.

The circuit court judges noted, however, the special election should be held “promptly,” which Virginia law recommends whenever vacancies arise in “constitutional offices,” such as circuit court clerk, sheriff and commonwealth’s attorney.

In her 2015 bid, Smith came within 3,000 votes beating McQuigg, a well-known Republican incumbent who served as a state delegate and on the Prince William Board of Supervisors. Smith said she’ll focus on the same themes during this campaign, including the need to de-politicize the clerk’s office and provide better customer service. As an example, Smith said she would ensure phone calls are answered, something that didn’t happen under McQuigg’s leadership.

Clerk office staff currently assist people who come to the office in person, while allowing all telephone calls to go to voicemail. In response to past criticism about the practice, McQuigg defended it as an efficient and cost-effective.

But Smith said the system frustrates residents at a time when quick answers are most needed. Smith notes people generally only visit the circuit court clerk’s office when sorting out a will, getting married, buying or selling property or adopting a child.

Miller said he, too, would change the office protocol. Miller noted McQuigg’s office returned calls and emails promptly but said he agrees phone calls should be answered.

“Both the public and the legal community should be able to get through quicker to the clerk’s office,” he said.

Smith said she also hopes to de-politicize the clerk’s office and improve the law library, which she said has suffered from years of budget-trimming.

Smith was critical of McQuigg’s 2014 decision to defend the state’s same-sex marriage ban, an effort that was ultimately unsuccessful. The notoriety around that decision, she said, likely made some people feel uncomfortable while visiting the clerk’s office.

“The politics need to come out of that office,” she said. “The office should perform their duties in a fair, unbiased way… [Staff] need to be blind to anything other than providing services and doing what the community needs.”

Smith is a New Hampshire native who moved to Northern Virginia to attend George Mason University. She earned her bachelor’s degree and went on to earn a law degree at the University of the District of Columbia Smith also just finished a yearlong stint on the county’s Strategic Planning committee and has served on Woodbridge Supervisor Frank Principi’s (D) budget committee.

Smith said she feels strongly the circuit court clerk should be an attorney who can help residents and staff properly interpret Virginia Code.

“An attorney can read the code, analyze the code and not only understand what the code is telling you but why it’s telling you to do it,” she said.

Miller touts his experience as owner and manager of Crossroads and as an officer in the Army Reserves. Miller won an ROTC scholarship to attend Virginia Commonwealth University, where he earned a bachelor’s degree in urban planning. He remained in the reserves for about six years, leaving at the rank of captain.

“This isn’t an attorney’s job,” he said. “This is about management and making sure services are delivered to the people efficiently and effectively.”

As a delegate, Miller serves on the House Courts of Justice committee and on the Judicial Appointments subcommittee and is familiar with both the judges and the issues they face in the courtroom. Judges, he said, would like a better “working relationship” with the clerk’s office.

“Because I have a great working relationship with judges already, I think I would be great to facilitate that,” he added.

Miller has also been an advocate for realtors, law-enforcement officers and the death penalty. In 2016, he sponsored and passed a bill that would have made the electric chair the default method of execution if the state is unable to obtain controversial lethal-injection drugs. Gov. Terry McAuliffe (D) amended the bill to allow the state to shield the names of pharmacies supplying the drugs from Freedom of Information Act requests, a provision most recently used in the January execution of Ricky Gray.

Miller and his wife, Suzanne, live in Manassas with their two teen-age sons who attend Osbourn High and Metz Middle schools.

Today is the last day to vote “in-person absentee” for Tuesday’s special election for clerk of the circuit court, a contest between Democrat J…

Polls across the county open for Clerk of Court special election

Polls are open until 7 p.m. in today's special election for clerk of the circuit court, a contest between Democrat Jacqueline Smith and Republ…