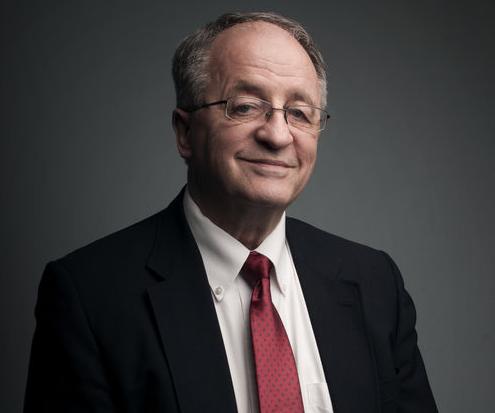 Incumbent Del. Bob Marshall is refusing to debate his Democratic challenger, Danica Roem, because he says her campaign has referred to him as “Bigot Bob,” an insult he says “disqualifies” the two from face-to-face discourse.

Marshall, R-13th, said the phrase "is simply not correct" and suggests Roem is more interested in "hurling insults" than discussing public policy.

In the same interview, Marshall doubled down on calling Roem, a transgender woman, "he," asking a reporter: "Why do you call Danica a female? Did Danica's DNA change?"

But Roem said Wednesday she'd heard Marshall had declined an invitation to the candidate forum, planned for Thursday, Sept. 21, and said she and the other invited Democratic candidates are planning their own meet-and-greet for interested voters instead.

“I think it’s a damn shame that [Marshall] refused to debate, but we’re going to do it anyway,” Roem said.

Marshall, for his part, explained that he didn't think a debate with Roem would be constructive.

“When you don’t talk the same language, debate is not possible,” he added. “You end up talking past each other.”

During his 25 years in the General Assembly, Marshall authored Virginia’s 2006 constitutional amendment banning same-sex marriage, and introduced a Virginia version of North Carolina’s “bathroom bill,” which would have restricted access to public bathrooms based on gender at birth.

For those measures and others, Marshall is considered one of the staunchest social conservatives in the state legislature.

That’s why Roem’s historic challenge is being called “the race of the year” by Virginia’s political pundits. If Roem’s candidacy is successful, she’ll not only become the first openly transgender candidate to hold a state office, she’ll have done so by knocking off one of the state’s strongest foes of gay and transgender rights.

But Marshall wasn't the only Republican incumbent who declined to attend the Sept. 21 candidate forum, which planned to feature candidates of three Manassas-area delegate districts: the 13th, 40th and 50th.

It was canceled because all three incumbents turned down their invitations, said Ann Wheeler, who serves as president of the Prince William Committee of 100. The group was planning to co-host the event with the Prince William NAACP and the local chapter of the League of Women Voters.

Wheeler said Delegates Tim Hugo, R-40th, and Jackson Miller, R-50th, said they had previous commitments, which Wheeler said was understandable given the groups only recently planned the forum and thus couldn’t offer much lead time.

Wheeler said Marshall responded by saying he would answer questions only in writing.

Meanwhile, all three Democratic challengers had agreed to attend the forum, including Roem as well as Donte Tanner, who is running against Hugo in the 40th, and Lee Carter, who is challenging Miller in 50th.

The transgender candidate says the ad was partly a response to opponent Bob Marshall’s comments in a recent Prince William Times story in which he questioned her gender.

Of course he won't debate. He's unable to match Danica's mastery of the issues, and his open bigotry would leave him in a position in which the audience would plainly see how out of touch he is.

The voters won't be fooled by his running and hiding.

What does “When you don’t talk the same language, debate is not possible,” he added. “You end up talking past each other.” mean?