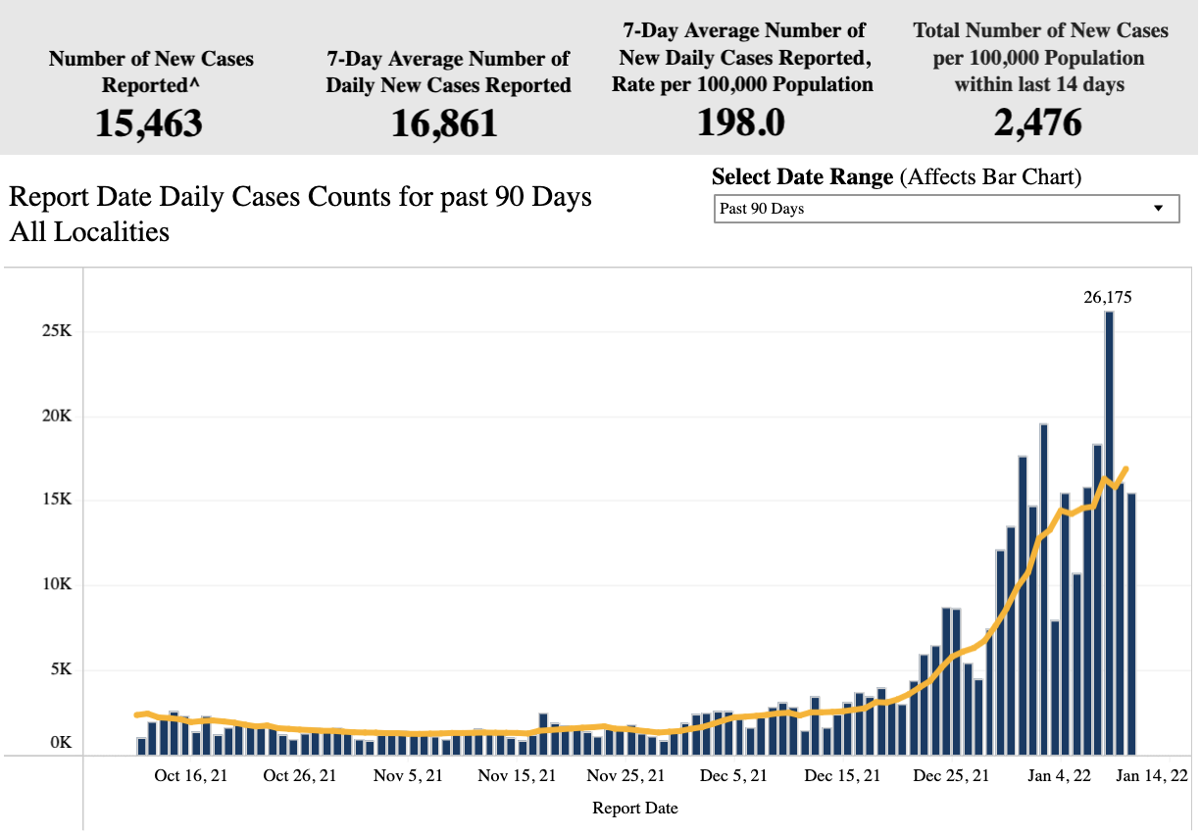 COVID cases in Virginia as of Jan. 10, according to the Virginia Department of Health. 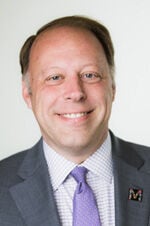 Gov.-elect Glenn Youngkin appointed John Littel, an executive for the health care company Magellan, as Virginia’s next secretary of health and human resources.

The selection, announced in a news release on Monday, comes as the state battles record high numbers of coronavirus cases and an increasingly beleaguered health care system. Littel will replace interim Health Secretary Dr. Vanessa Walker Harris, who took over the role in October when Dr. Dan Carey, the state’s former secretary, left to take over one of the country’s largest medical groups.

“The COVID-19 pandemic has had devastating impacts on Virginians across the commonwealth, and John will play a pivotal role in overseeing our efforts in protecting Virginians’ lives and livelihoods,” Youngkin said in a statement. On Monday alone, the state recorded more than 15,000 new COVID-19 infections. Hospitalizations reached their highest level since the start of the pandemic late last week.

According to the release and his LinkedIn page, Littel served as chief external affairs officer and general manager of behavioral health for Magellan, one of Virginia’s six managed care organizations. The company, which also goes by the name Molina Complete Care, is contracted with the Virginia Department of Medical Assistance Services to provide mental health services to patients enrolled in the state’s Medicaid program.

Mental health was a campaign priority for Youngkin, who promised to invest in — and reform — Virginia’s struggling state-run psychiatric hospitals. More than half of the facilities closed to new admissions last summer due to overcrowding and employee shortages. While those hospitals have gradually reopened, continued staffing challenges are still limiting bed space across the state.

“Starting on day one, John’s experience will be an asset as we fix our broken mental and behavioral health system, ensure Virginians have access to affordable, free-market healthcare options, and reform our healthcare safety net to save taxpayer dollars and improve healthcare outcomes,” Youngkin said.

It’s still uncertain exactly how Youngkin plans to reform and finance state-run hospitals. Many mental health advocates have criticized Virginia’s heavy spending on psychiatric facilities, saying the state should invest more in community services to help patients before they go into crisis.

Before joining Magellan, Littel served as executive vice president of external affairs for Amerigroup, an insurance company later acquired by Anthem. He was registered as an Amerigroup lobbyist in Virginia from 2005 to 2006, according to the Virginia Public Access Project, advocating for Medicaid support, managed care regulations and access for the uninsured.

Littel also served as the interim senior vice president of government affairs for Anthem, according to the release. At Amerigroup, he founded the National Advisory Board for People with Disabilities, and currently serves as chair of the Virginia Health Care Foundation and on the board of The Gloucester Institute, a leadership program for Black students in Virginia. He is also currently rector of the Board of Visitors at the College of William and Mary.