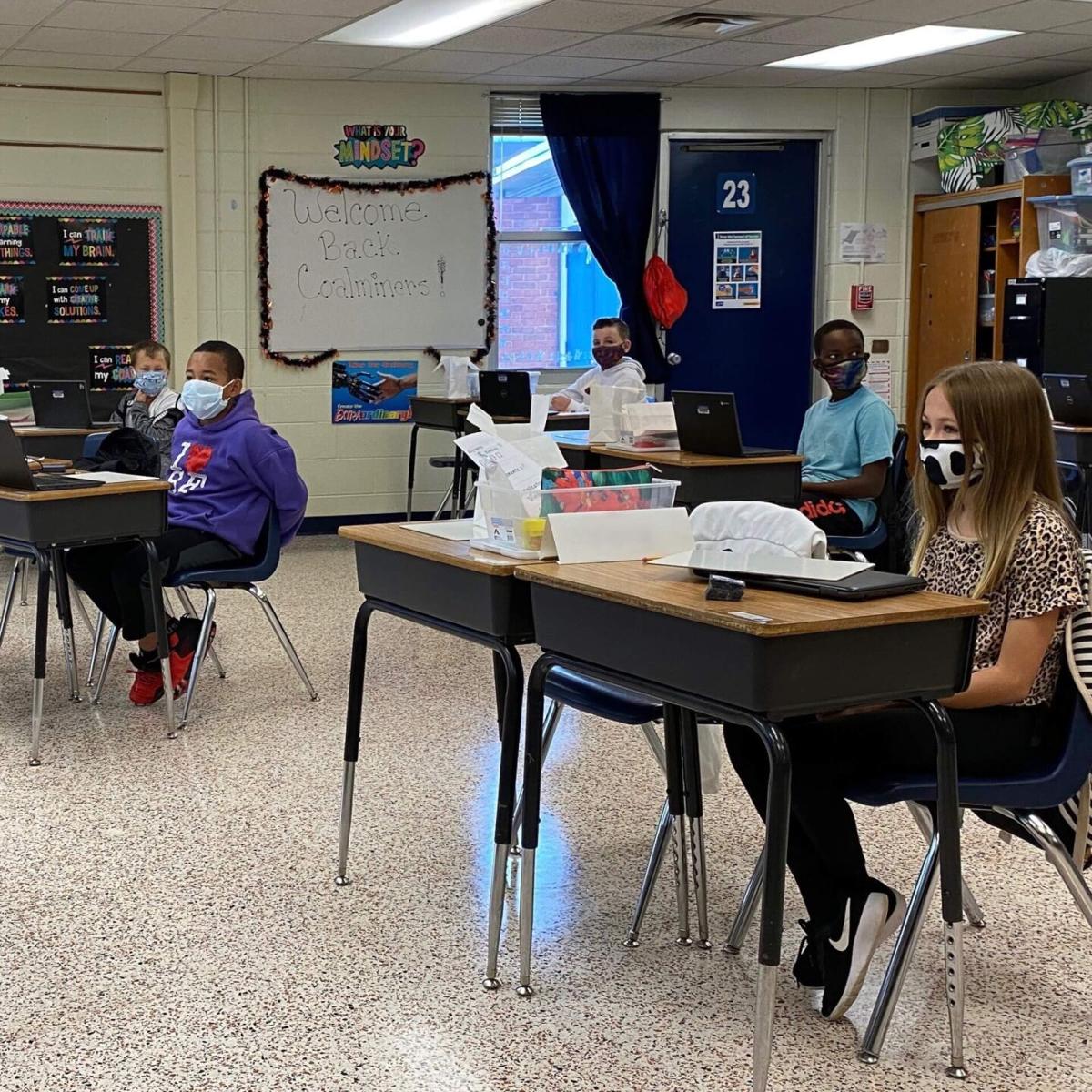 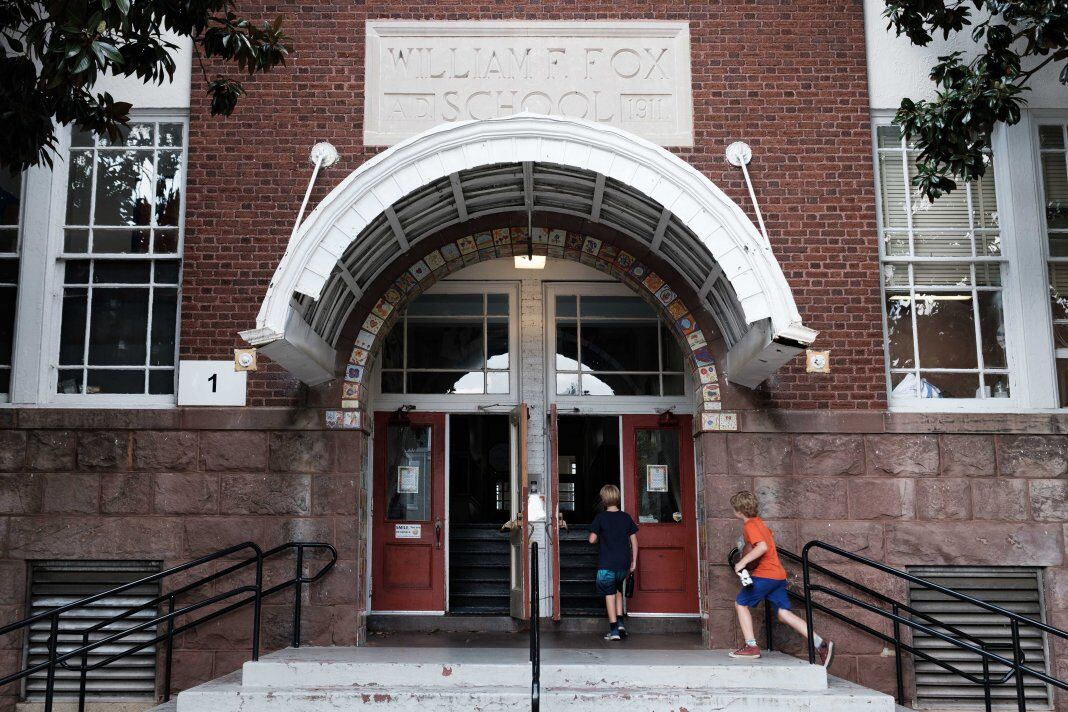 Bristol, Tennessee and Bristol, Virginia are so close that Keith Perrigan, superintendent for Bristol Virginia Public Schools and president of the Coalition of Small and Rural Schools of Virginia, is reminded of his district’s lack of funding when he looks out his office window and sees the better-funded Tennessee system.

Even though Perrigan’s district pays a bigger portion of its local school budget out of municipal coffers than its Tennessee counterpart — 24% compared to 8%, according to their budgets — the bigger contribution from the state of Tennessee means Perrigan’s district falls behind financially. The discrepancy, Perrigan said, has led to his teachers leaving to work across the state line.

“They certainly have better teacher salaries than we do,” Perrigan said. “We tried the very best we can to get our salaries competitive with our neighbors across the state line and we’ve gotten closer with that.”

Despite Virginia’s status as one of the top 10 states for median household income, it ranks 41st in state per-pupil spending, according to an analysis by The Commonwealth Institute for Fiscal Analysis, a nonpartisan, nonprofit advocacy group in Richmond. Unlike nearby states, Virginia’s school funding formula relies more heavily on local governments, said Chad Stewart, manager of education policy and development at TCI.

“We’re always in the very bottom tier of states for how equitable our state funding is, and also the amount of effort that we put into funding students considering that we’re a relatively rich state,” he said.

Virginia’s Standards of Quality, which are set by the State Board of Education and subject to revisions and funding decisions by the General Assembly, create the baseline for education programs and staffing at public schools.

“Lawmakers have determined that they’re not constitutionally required to fund the standards set by the Virginia Board of Education,” Stewart said. “For the past many years, more than a decade, they haven’t been funding standards set by the education experts in the state.” To fully fund the SOQ, Virginia’s General Assembly would have to spend an additional billion dollars each year, Stewart said.

State funding appropriated pursuant to the standards must be matched by localities according to their ability to pay, which is assessed via the Local Composite Index, a complex formula that takes three factors into consideration for determining what percentage of school funding a locality will be responsible for, according to the Virginia Department of Education: the true value of real estate, weighted for 50%; adjusted gross income, (40%); and taxable retail sales, (10%).

A locality’s index score is then adjusted to keep a statewide local share of 45% and an overall state share of 55%.

“Virginia places a relatively high burden out of all states on localities to pay for a majority of K-12 costs,” the Commonwealth Institute said in its analysis.

Stewart said disparities in property taxes are one of the main factors that create inequity in funding.

“You have the examples of wealthier school divisions that are able to raise even more resources because they have high property values in their locality,” he said. “They’re able to far exceed the per-pupil expenditure of poorer divisions.”

Yet, Stewart said every locality in Virginia raises more funds than the state’s required local match just to meet the needs of students. The difference in funding widens in rural and high-poverty districts where property values are lower. In 2018, Petersburg City Public Schools, which had a poverty rate of 39%, spent $11,168 per student, according to an annual state-by-state analysis report of public school funding by the Education Law Center, a New Jersey-based advocacy group for equal educational opportunity and education justice. That figure pales in contrast to Falls Church City Public Schools, a district that had a 2% poverty rate and spent nearly $20,000 per student, according to the report.

“Our greatest strength is that we’re resilient,” said Perrigan, the Bristol superintendent. “We’ll roll up our sleeves and do whatever it takes to do what’s right for kids.

“That also ends up being our greatest weakness, because we are willing to do whatever it takes, and we make things work, sometimes folks will say, ‘we don’t need to give them more money, things are working there.’”

Still, the formula doesn’t accurately calculate the need for funding even in areas with high property values like Fairfax County. Every year since 2002, Del. Vivian Watts, D-Fairfax, has tried to introduce bills or budget language to change the LCI, which she said puts her county at a disadvantage.

“The ability to pay does not reflect at all the taxing power,” she said. “It’s just all in theory, there’s adjusted gross income but you can’t reach it fairly through just upping the real estate tax rate.”

Property values in Fairfax County are far higher than the income of some people who have lived there for decades, Watts said. Therefore, she considers it unfair to raise property taxes.

Perrigan, Stewart and Watts say the At-Risk Add-On — a state program developed within the past decade that aims to alleviate the funding disparity by providing additional funds to districts with higher concentrations of students living in poverty — is a promising approach. Currently, funding from the At-Risk Add-On is determined by the number of students who receive free or reduced lunch.

The Virginia Board of Education is currently considering revising the At-Risk Add-On to account for annual changes in student enrollment, according to the board’s Sept. 22 SOQ meeting.

Perrigan said his schools have benefited from the program because Bristol participates in the Community Eligibility Provision program, which allows high poverty school systems to offer free meals to all students in the school system. However, it reduces the funding that might be available from the At-Risk Add-on. Perrigan said Bristol joined the CEP program in 2014, so the numbers of students living in poverty from that year are still used to calculate the At-Risk Add-On.

“We know that our poverty has increased,” he said.

“A lot of the funding inequity that I see in public education in Virginia is really formula-based. I don’t think it’s purposeful,” Perrigan said.

As part of a broader equity focus, the Virginia Board of Education has pushed for the creation of an equity fund, a program that would increase the net amount of the At-Risk Add-On and incorporate it in the Virginia code, Stewart said. So far, the recommendation hasn’t made much headway in the legislature.

“We’re talking more than $100 million, so it’s not a small chunk of change for the state,“ Stewart said. “However, I think a lot of education advocates for students see it as one of the most essential suggested revisions to our state funding code because of how tied it is to student need and equity.”