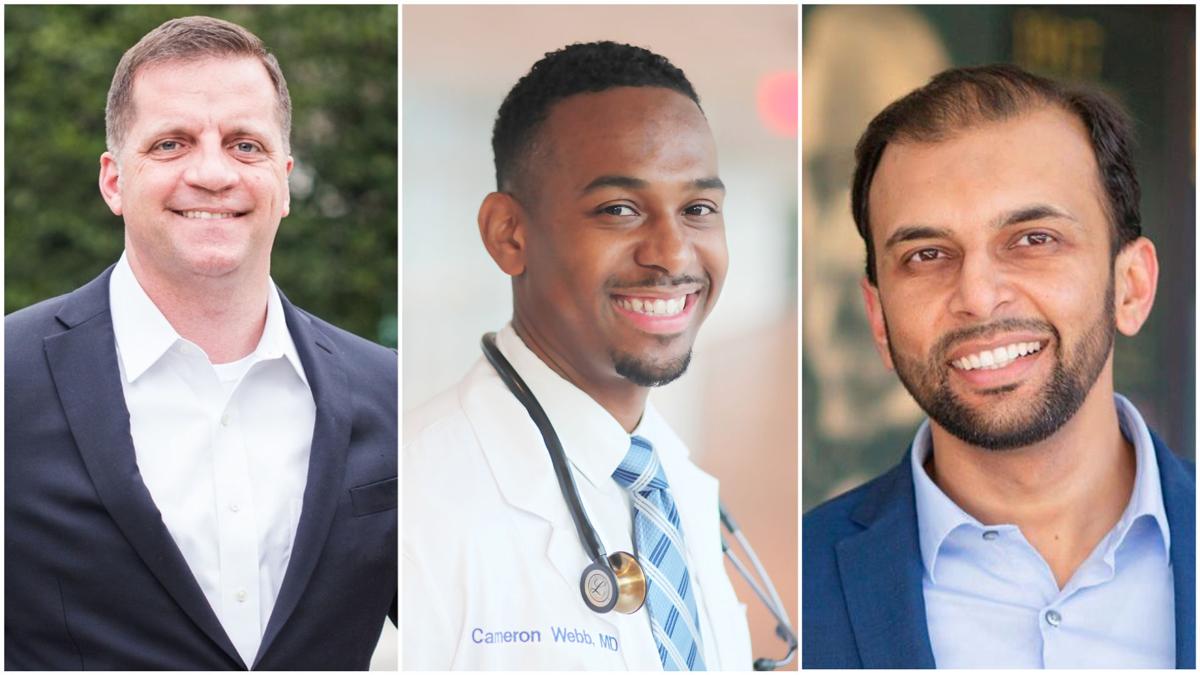 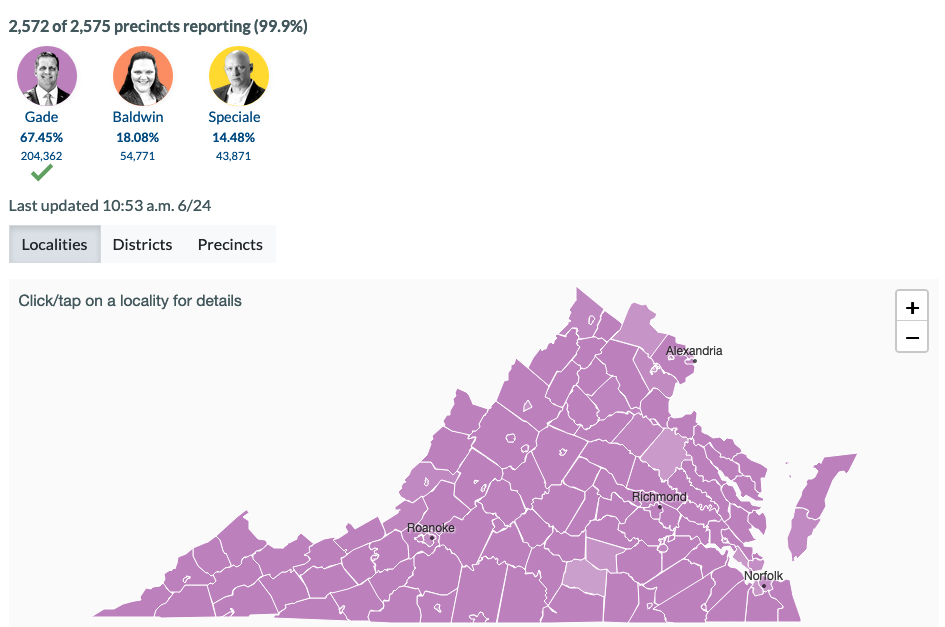 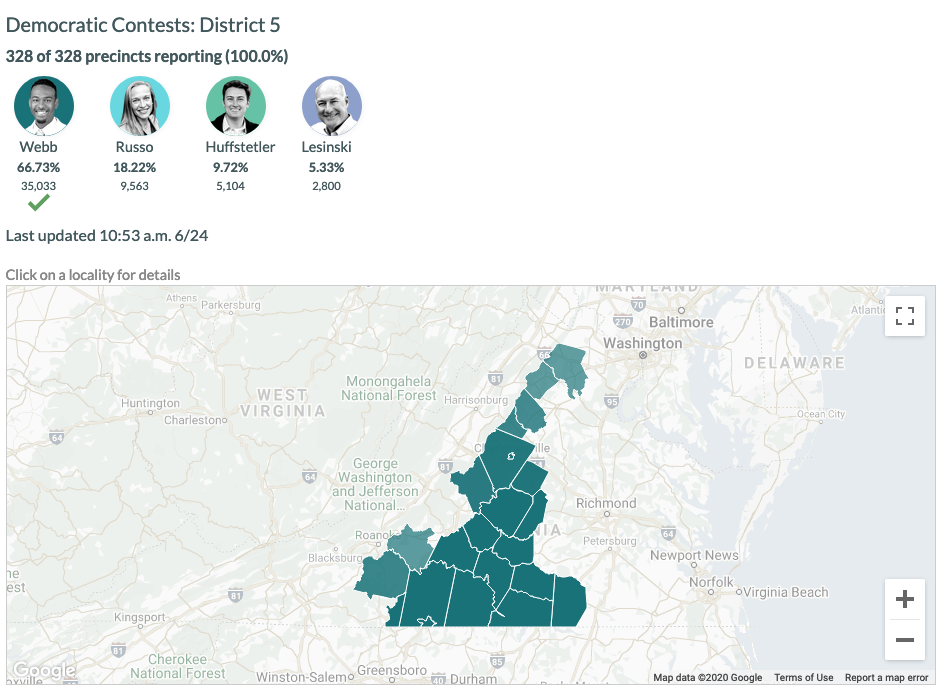 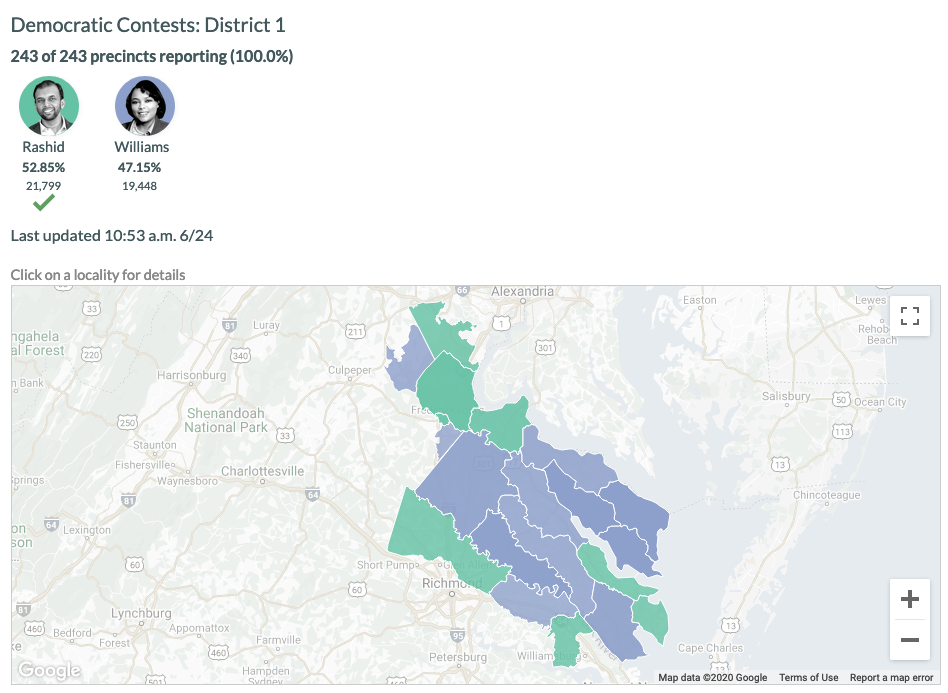 Voters around Virginia went to the polls Tuesday to choose party nominees for U.S. Congress. A total of 6,905 Fauquier County residents, 13% of registered voters, took part in three primary elections: the Republican Party primary for U.S. Senate and Democratic Party primaries for the 1st and 5th Congressional Districts.

According to unofficial results from the Virginia Department of Elections, Daniel Gade won the GOP Senate primary, Cameron Webb won the Democratic Party contest for the 5th Congressional District and Qasim Rashid will be the democratic nominee in the 1st District.

With 99.9% of precincts reporting, Gade, of Alexandria, is his party’s nominee after winning Tuesday’s statewide primary election with 67% of the 303,358 votes cast across the state, defeating two other candidates. He received 67% of the 3,560 votes cast in Fauquier County in this primary; he carried every city and county in the entire state.

Gade served in the George W. Bush administration and is a retired Lt. Col. in the U.S. Army; he is currently a professor at American University. After a 2004 combat injury that required the amputation of his right leg, Gade has been a nationally recognized advocate for disabled military veterans. His candidacy was endorsed by State Sen. Jill Vogel, whose district includes Fauquier County.

Gade will face incumbent Sen. Mark Warner, a democrat, in the November general election. Warner has held the Senate seat since 2009 and did not face a primary challenge this year.

The 5th District encompasses most of Fauquier County north of Bealeton and stretches to the North Carolina border.

With 100% of precincts reporting, Webb, of Charlottesville, will be the democratic nominee for the 5th District seat after defeating three other candidates; he received 67% of the 53,747 ballots cast across the district Tuesday, and 44% of the 2,912 votes cast by Fauquier residents participating in this primary. Webb was especially strong in Southside, where, for example, he received 88% of the vote in Danville.

A practicing physician and professor at the University of Virginia School of Medicine, Webb’s campaign was boosted recently by a series of high-profile endorsements, including those from Sen. Kamala Harris, Rep. John Lewis and Rep. Ayana Pressley. Leslie Cockburn, the democratic nominee for the same seat in 2018, also endorsed Webb.

The 1st District includes Bealeton and the southern tip of Fauquier County; it stretches east to the Chesapeake Bay and as far south as Williamsburg.

With 100% of precincts reporting, Rashid, of Stafford, is the democratic nominee for the 1st District seat, receiving 53% of the 41,247 votes cast in this primary, including 47% of the 433 ballots cast by Fauquier residents.

His opponent in the primary was Vangie Williams, who in 2018 was the democratic nominee for the same seat. The race was close – Williams carried most localities in the Northern Neck and Middle Peninsula – but Rashid won with significant margins in the more populous precincts in Stafford and Prince William counties.

Rashid is a human rights lawyer and author. He ran unsuccessfully for a state senate seat in 2019. His Republican opponent in November will be incumbent Rep. Rob Wittman, who has held the seat since 2007. Wittman did not face a primary challenge this year.

Polling places in Fauquier County will be open on Tuesday, June 23 for primary elections to …

Warner and Gade participate in first debate of 2020 campaign

Democratic Sen. Mark Warner and his Republican challenger, Daniel Gade, participated in the first debate of the campaign Wednesday. Although t…