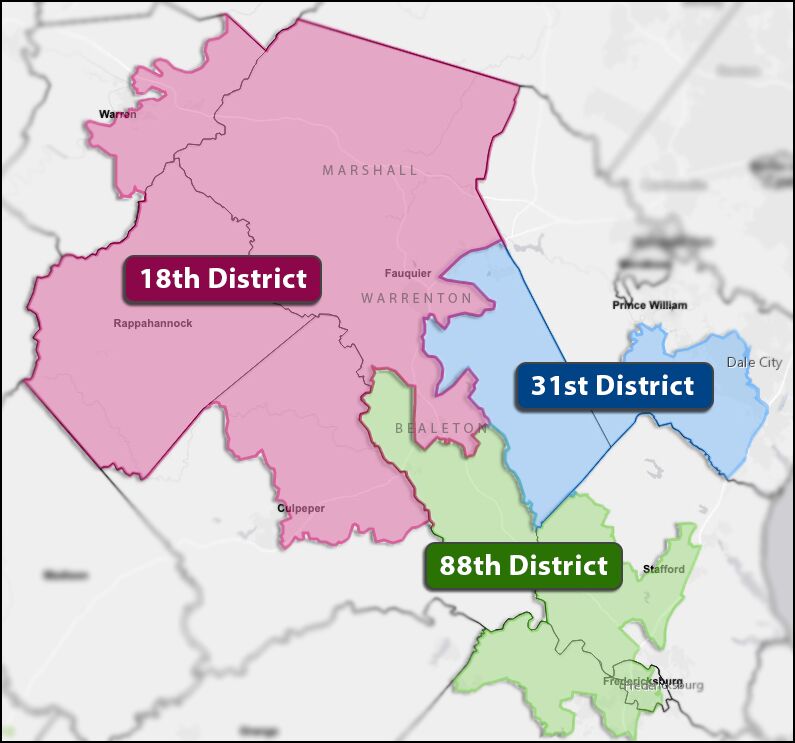 This map shows the three Virginia House of Delegate districts that include portions of Fauquier County. 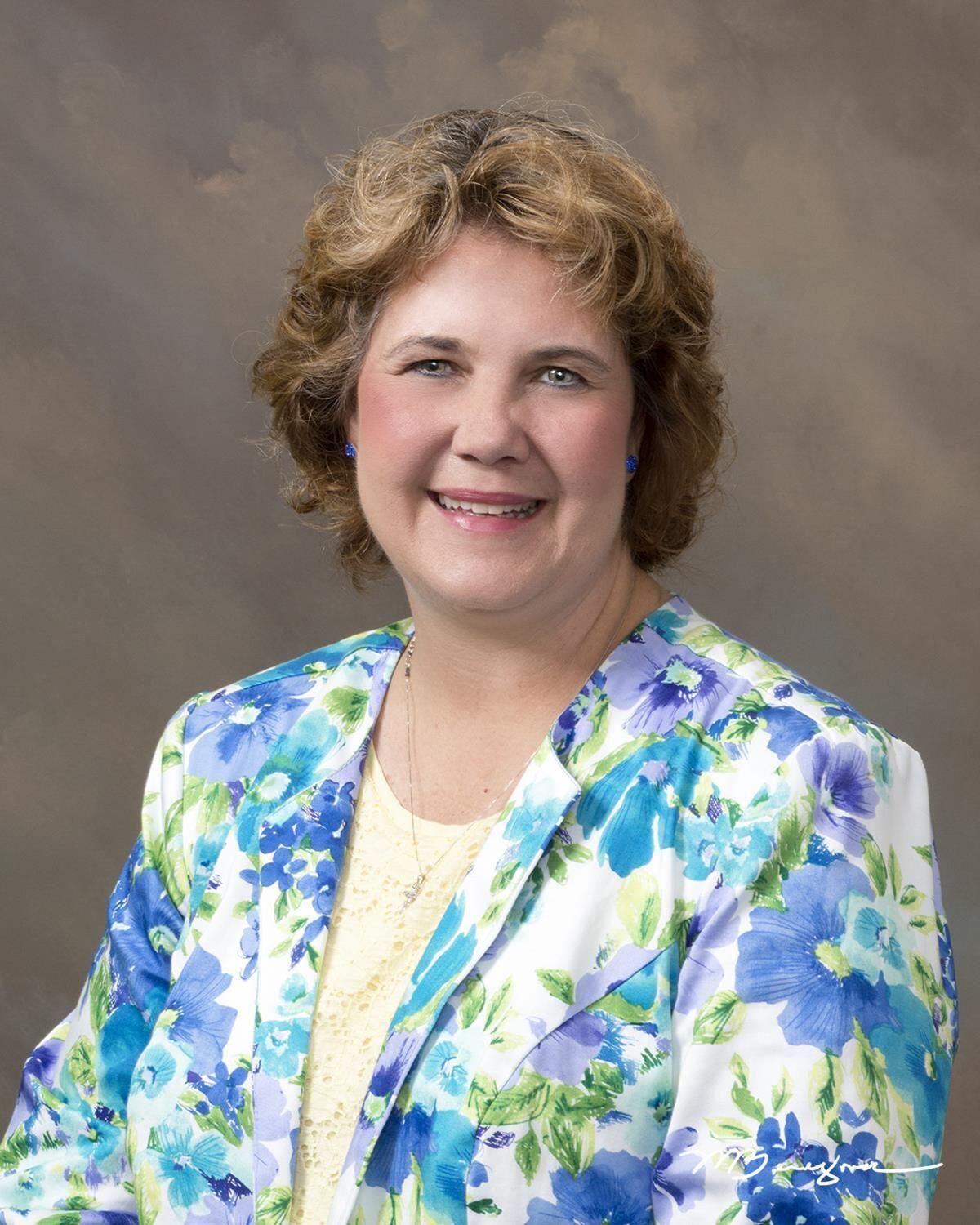 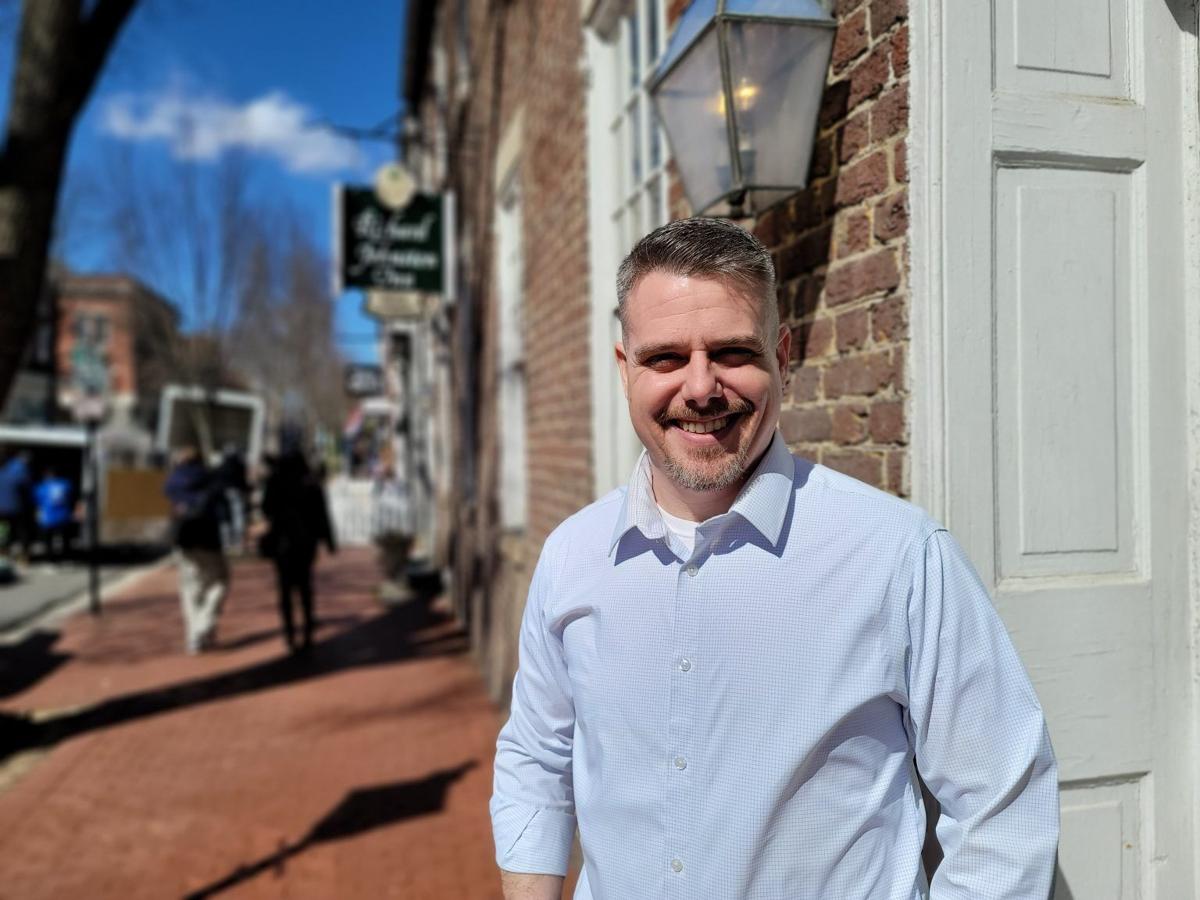 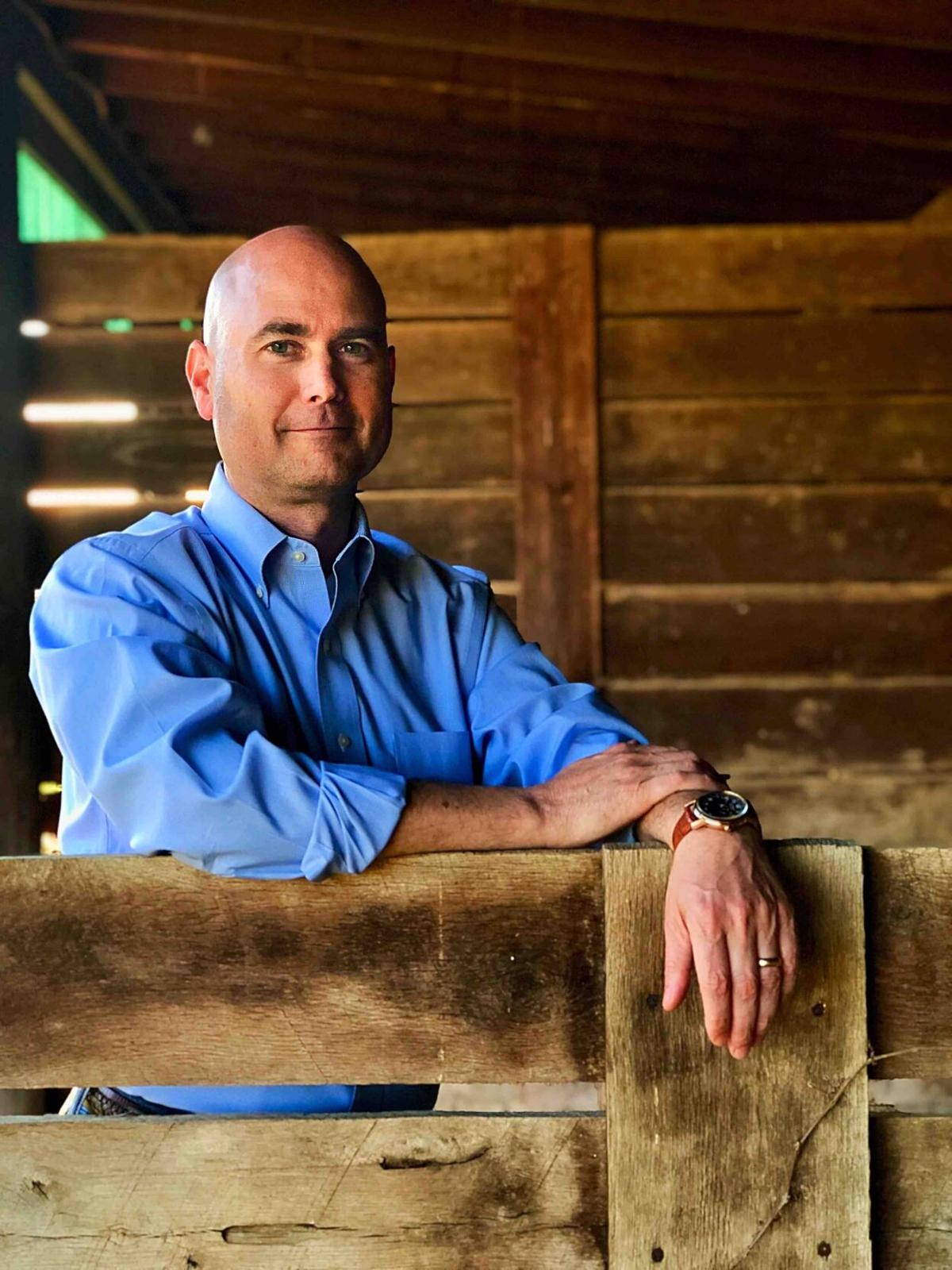 After Del. Mark Cole (R-Spotsylvania) announced he would not seek reelection to represent the 88th District in the Virginia House of Delegates, three Republicans have announced they will vie for their party’s nomination to replace him. The general election will take place Nov. 2.

Cole has represented the 88th District, which includes southern Fauquier County, since 2002. He was removed this year from his seat on the house Privileges and Elections Committee for advocating not to recognize the results of the 2020 presidential election in Virginia.

A Republican Party “canvass” – a party-run, closed election similar to a primary -- to choose the nominee will take place April 24. (See box.)

Breeden is the CEO of Arlington-based Cyber Safari, a cybersecurity contractor. He previously served in the U.S. Air Force for 20 years, according to his campaign website, including as an investigator in the force’s law enforcement and counterintelligence office.

A press release announcing her candidacy said she will focus on “education [and] constitutional protections, including our 1st and 2nd Amendment freedoms” and criticized what she called “the increased overreach and costly impact of federal and state government actions.”

Scott currently works as a background investigator for a federal contractor; he previously worked in “management in the food service and customer service industries, and more than 10 years in residential and commercial construction,” according to his campaign website. He unsuccessfully ran for a seat on the Spotsylvania County School Board in 2019 and currently sits on the Spotsylvania County Citizen Budget Review Committee.

A self-described “strong conservative, faithful Christian,” Scott said in his campaign announcement he will advocate to lower taxes, oppose abortion rights and make the state more attractive to businesses.

The Virginia Public Access Project classifies the 88th District as a “strong Republican” district and Cole won most of his elections by comfortable margins. Most recently, he defeated Democratic challenger Jessica Foster by more than 3,000 votes in 2019, receiving 56% of the vote.

So far, Ashton Spencer, a software engineer from Fredericksburg, is the only person so far who has announced they will seek the Democratic nomination in the 88th District. Spencer describes himself as a “conservative Democrat” and a “suburban moderate” on his campaign website; he advocates for the legalization of marijuana.

If the Democratic Party nomination is eventually contested, a nominee will be selected by voters as part of the statewide open primary scheduled for June 8, in which any registered voter may participate.

On the Democratic Party side, the 18th District and 88th District nominations are not contested.

A Democratic nominee for the 31st District seat will be chosen by voters in an open primary on June 8, in which any registered voter may participate at their regular polling place or by absentee ballot.

Incumbent Del. Elizabeth Guzman (D-Woodbridge), who has held the 31st District seat since 2018, announced earlier this month that she’ll run for her party’s nomination in both the lieutenant governor’s race and in the 31st District.

Virginia voters will go to the polls this fall to vote for a governor, lieutenant governor and attorney general; the general election is scheduled for Tuesday, Nov. 2. Additionally, all of the 100 seats in the House of Delegates are up for grabs.

Registered voters may check their registration status and determine what district they live in here.

To select Republican candidates for statewide offices, the state party will hold an “unassembled convention” on Saturday, May 8 at 37 locations around the state. Delegates from Fauquier County will participate at a site in Madison.

Fauquier residents wishing to become a delegate to the state convention must apply by mail to the Fauquier County Republican Committees; forms must be received by April 16. (Postmarks will not be accepted.) Application forms are available at fauquiergop.com.

To qualify, a prospective delegate must be “in accord with the principles of the Republican Party” and “express in writing their intent to support all of its nominees for public office in the ensuing election.” Those who qualify to be delegates will participate in the state nominating process on May 8 at Madison High School; delegates will vote for nominees using ranked-choice voting.

For district races, each district decides on its own nominating process. For the 88th District, a Republican Party “canvass” – a party-run, closed election similar to a primary -- to choose the party’s nominee will take place April 24. It will take place from 10 a.m. to 2 p.m. at four locations in the 88th District; the Fauquier location is the Veterans of Foreign Wars Post 7728 located at 12496 Harpers Run Road in Bealeton.

To participate in the canvass, residents must be registered to vote, reside within the 88th District, be “in accord with the principles of the Republican Party” and pledge to vote only for Republican candidates in the general election.

Phillip Scott, of Spotsylvania, is the Republican Party nominee for the 88th District seat in the House of Delegates after winning a “canvass”…

Del. Elizabeth Guzman has filed to seek re-election for a third term in the House of Delegates in addition to seeking the Democratic nomination for lieutenant governor, joining already crowded Democratic primaries for both seats.