Detail of the hit and blade of a modern USMC officer's sword, inspired by the ancient Mameluke sword 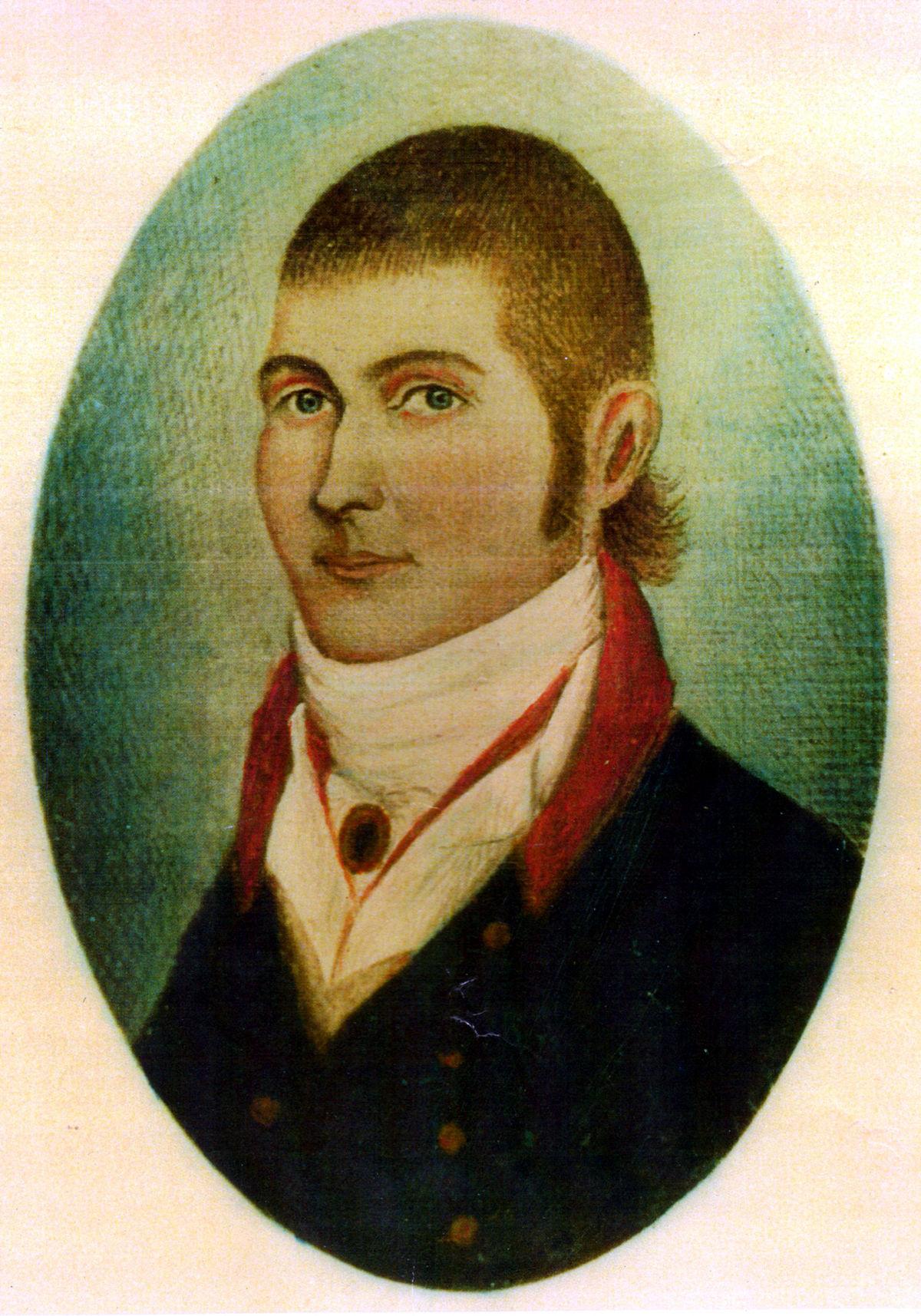 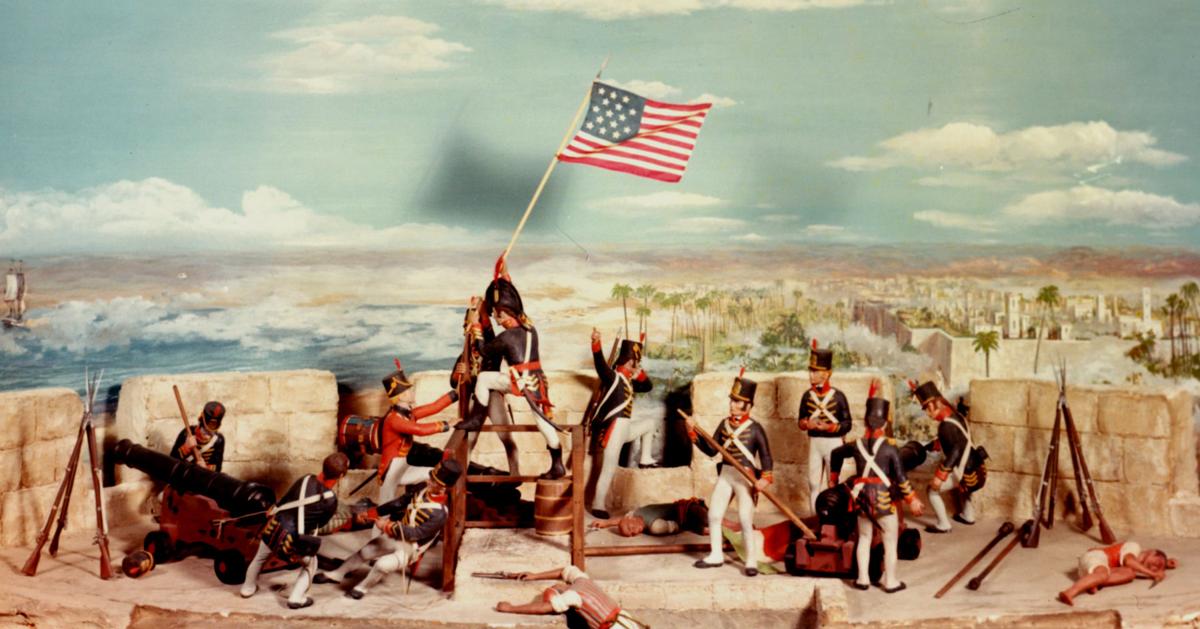 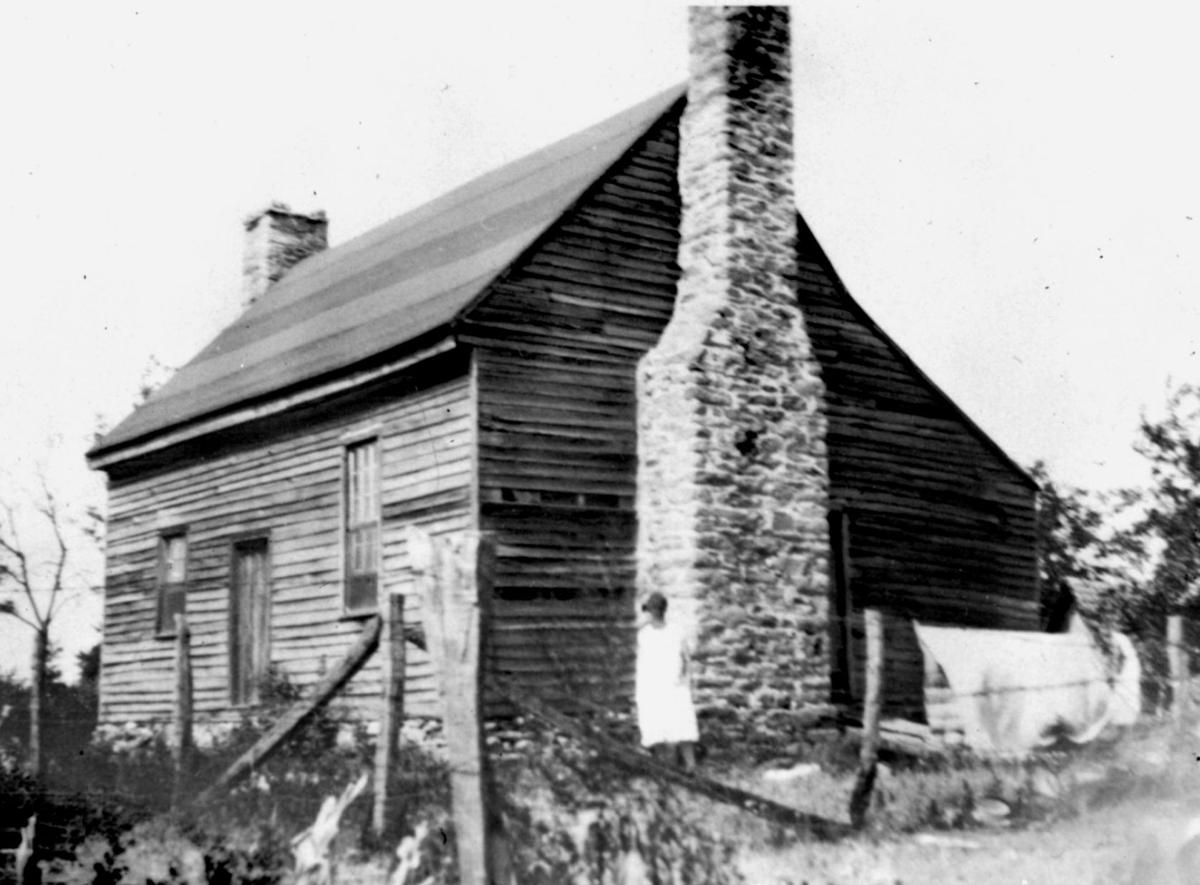 The birthplace of Lt. Presley Neville O’Bannon, near Marshall. Only the two chimneys and a few large timbers remain. The property, including the family graveyard, is owned by the Fauquier Heritage and Preservation Foundation. Courtesy of the foundation

Detail of the hit and blade of a modern USMC officer's sword, inspired by the ancient Mameluke sword

The birthplace of Lt. Presley Neville O’Bannon, near Marshall. Only the two chimneys and a few large timbers remain. The property, including the family graveyard, is owned by the Fauquier Heritage and Preservation Foundation. Courtesy of the foundation

While much has been written about the heroic exploits of Fauquier County native Marine Corps Lt. Presley Neville O’Bannon, during the First Barbary War (1801-1805), less is known about his early life, or why he chose not to pursue a career in the Marines after returning from the war.

O’Bannon was born in 1776 in a house about a mile west of present-day Marshall. He was one of 13 children born to William O’Bannon, a former captain in the Continental Army during the Revolutionary War, and Nancy Neville O’Bannon.

It is believed that Presley received his schooling from the Rev. James Thomson, rector of Leeds Parish, who was also the tutor of the Honorable John Marshall. As a young man, O’Bannon served as a Fauquier County deputy sheriff.

On Jan. 18, 1801, O’Bannon accepted a commission as a second lieutenant in the U. S. Marine Corps, first serving at the Marine Barracks at the New York Navy Yard, and later on the USS Adams and USS Argus.

By late 1802, the Barbary States (Tripoli, Tunis and Morocco) declared war on the U.S. due to our refusal to continue paying tribute to sail freely off their coasts in the Mediterranean Sea. Many regarded the demand for tributes as state-supported piracy.

During the Barbary War, O’Bannon made his name as the commander of a detachment of seven Marines, two Navy midshipmen and a small force of Greek mercenaries organized by Gen. William Eaton, the U.S. counsel at Tunis.

Their mission was to restore Prince Hamet Karamanli as the ruler of Tripoli. It was believed that Hamet was the legitimate head of the state and was friendlier to America than his brother Yusuf, who had usurped the throne.

After enduring a 600-mile trek across the unforgiving Libyan desert, on April 27, 1805, O’Bannon’s men attacked Derna, a coastal town in present-day eastern Libya. They overran the harbor fort at Ras del Matariz and raised the American flag in victory over foreign soil for the first time during a war. In further actions, they drove the forces of Yusef, under Hassan Aga, from the town.

It was from this action that the line in the Marine Corps hymn, “…to the shores of Tripoli” originated. For his efforts, Prince Hamet presented O’Bannon with the bejeweled Mameluke sword that he had carried while serving with the Egyptian Mamelukes.

After the battle, the Americans were viewed by the populace as heroes and liberators, and it appeared that a new treaty to bring peace and end the piracy was at hand. But this optimistic hope did not last long.

Hamet was unable to unite the citizens of Tripoli under his rule, and the governor of Derna, who remained loyal to Yusef, plotted against Hamet and made plans to recapture Derna.

On the morning of May 13, 1805, Yusef’s forces counterattacked, and while they were driven back, it became increasingly clear that time was running out for the Americans.

Requests for reinforcements were sent to Consul General Tobias Lear, with the belief that 100 or more Marines could advance on Tripoli and overthrow Yusef. What they didn’t know was that Lear was negotiating a separate treaty with Yusef, which was signed on June 4, 1805, on board the USS Constellation.

Eaton and O’Bannon were told by Commodore Samuel Barron, commander of the Naval forces in the area, that their covenant with Hamet was nullified. There would be no more funds to help Hamet, since Yusef was now considered the rightful leader.

The American force was ordered to withdraw from Derna and board the Constellation under cover of darkness. “Sensing their abandonment, Hamet’s Arabs rushed the last boarding boat with curses, threats, screams and outrage as they saw the ‘treacherous infidels’ pull away from the wharf,” wrote John K. Gott in “Valiant Virginian, the Story of Presley Neville O’Bannon” (1994).

Deeply disappointed by the final outcome, Eaton and O’Bannon headed home, but were surprised by the hero’s welcome they received in Philadelphia. “Admirers presented O’Bannon with a gold saddle and a white satin embroidered cover for his horse,” wrote Gott.

Afterward, O’Bannon rode home to Salem (Marshall) on one of a pair of Arabian horses brought from North Africa. Unaccountably, the saddle, satin cover and the Mameluke sword were lost.

In December 1805, O’Bannon was honored by his home state when the Virginia General Assembly, at the suggestion of Fauquier Delegate John Love, authorized the making of a sword designed with a Mameluke hilt, and decorated with the scene of O’Bannon raising the flag over Tripoli.

While these expressions of recognition were appreciated, O’Bannon expected a promotion in rank from the Marine Corps, or at least a brevet. This was not to come, and he resigned his commission in March 1807. The terse letter from Commandant Franklin Wharton accepting the resignation made no mention of O’Bannon’s heroic service in the Barbary War.

O’Bannon briefly joined an artillery unit and later served in a cavalry company. In 1808 he was made a captain of Dragoons, but when his commission expired in 1809, he was finished with his military service.

In 1811, O’Bannon married Matilda Heard, the granddaughter of Revolutionary War Gen. Daniel Morgan. When Morgan died, he left much of his property in Kentucky to Matilda. The newlyweds moved to Kentucky, and in 1818, Presley sold his holdings in Virginia to his brother Thomas.

The General Assembly finally presented the replica Mameluke sword to O’Bannon in 1812, and consequently the design was adopted by Marine Corps Commandant Archibald Henderson, as the sword to be worn as part of the Marine Corps officers’ dress uniform.

Settling in Russellville, Kentucky, O’Bannon entered the real estate business and state politics. He was elected to the legislature in 1812, and from 1824-1836 served as the senator from Logan County.

Sadly, Matilda suffered from mental illness, leading to a divorce and remarriage in 1832. By 1843, much of their property had been sold, and “Presley Neville O’Bannon spent most of the remaining years of his life surrounded by devoted friends and lingering memories of his role in the Barbary War,” wrote Gott.

O’Bannon died on Sept. 12, 1850, and was buried in Henry County, Kentucky. In 1920, a chapter of the Daughters of the American Revolution had his remains re-interred on the State Monument grounds at the capital in Frankfort, Kentucky.