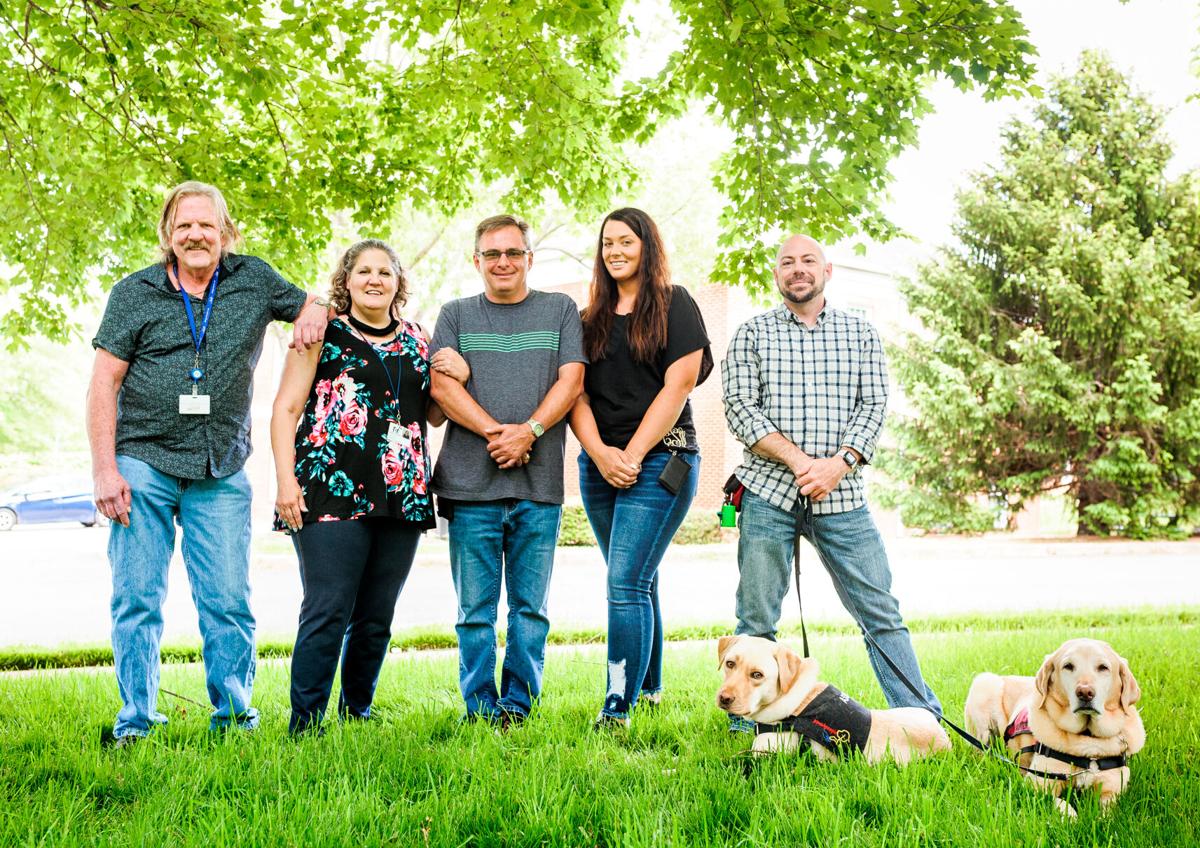 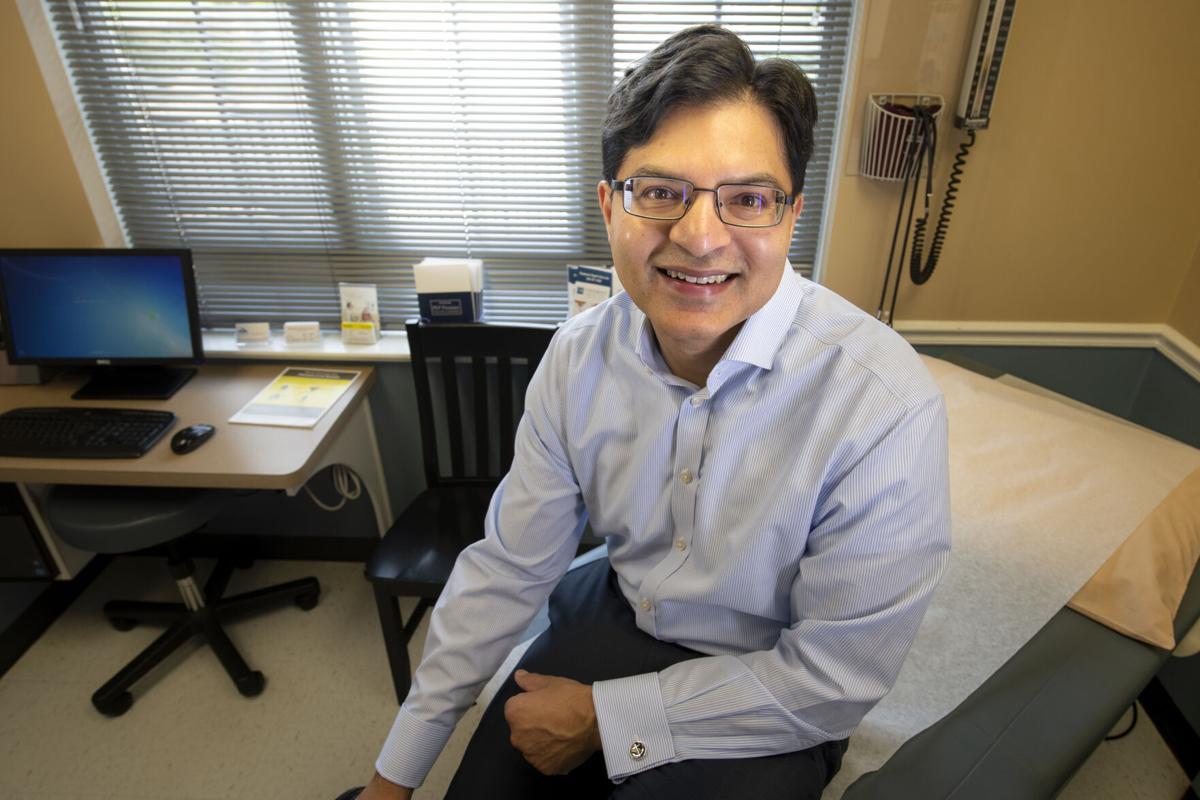 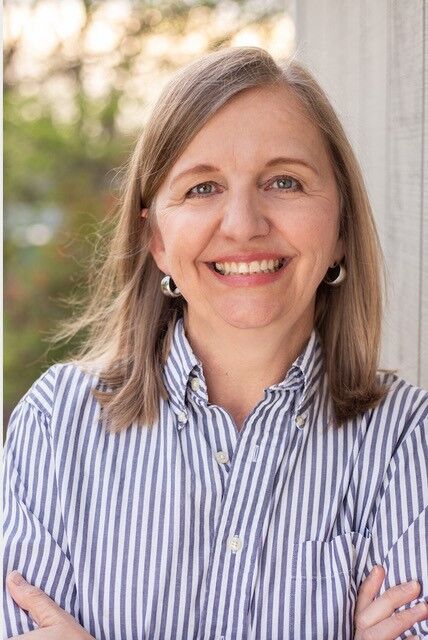 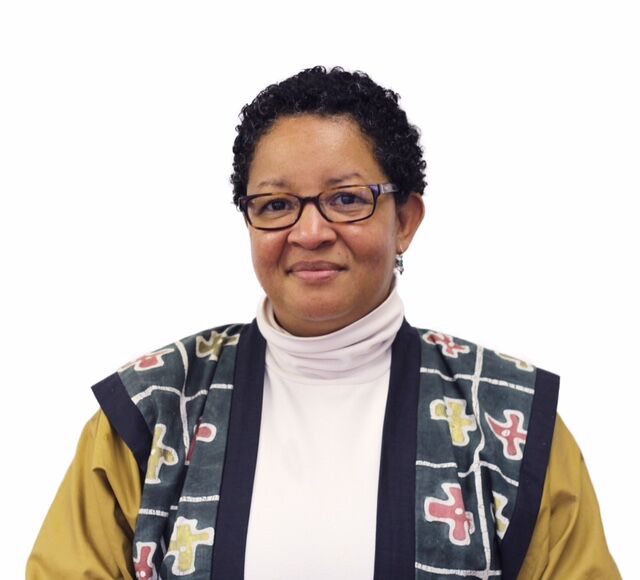 Jan Brown is an addiction educator and founder and executive director of the SpiritWorks Foundation, which supports the recovery community. 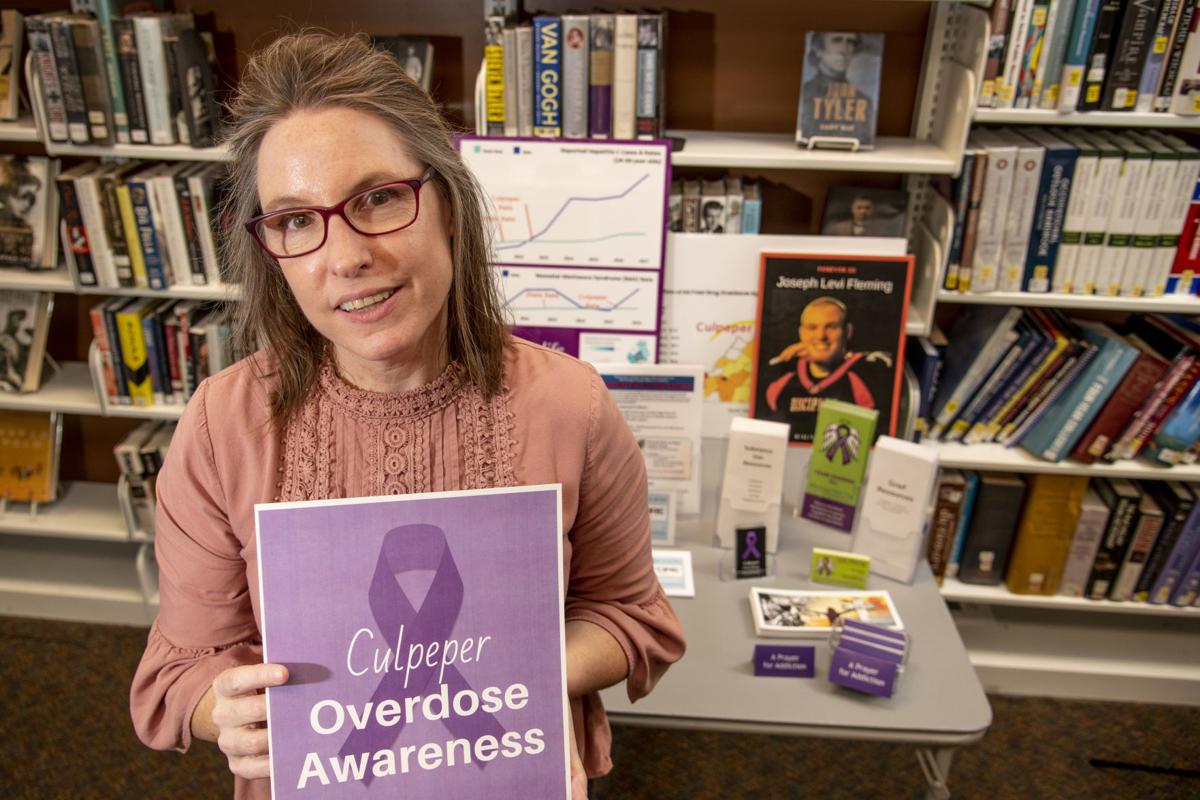 So as everything began to shut down in March 2020, and isolation became a way of life during the pandemic, people in the treatment world saw trouble ahead. Recovery in normal times is hard enough. Recovery alone is rife with peril.

They were right to be apprehensive. According to the Virginia Department of Health, more people died of drug overdoses in the state during 2020 than in any previous year, a total of 2,297. That’s a 41% increase from 2019, which had already set a record.

“The pandemic has had a devastating impact,” said Jan Brown, executive director of SpiritWorks Foundation Center for the Soul, which operates a recovery center in Warrenton. “We’ve seen more people relapsing. We’ve seen more deaths because of the isolation. People are using alone. Help can’t get to them in time.”

Whatever progress had been made in what had been seen as one of the country’s top public health crises — the opioid addiction epidemic — has been eroded by the more pervasive threat of COVID-19. At the same time, those struggling with alcoholism have largely lost access to the in-person peer connections -- Alcoholics Anonymous meetings, for example -- that help sustain their efforts to stay sober.

“You have the normal stressors, then you add the stress of COVID, then you throw in the social isolation,” said Cory Will, peer recovery program manager for Rappahannock-Rapidan Community Services. “A lot of people in recovery rely on a network of other people in recovery. And some people just don’t connect as well virtually.

“Ordinarily, they would be able to go to a meeting and talk through something that’s going on in their lives. They might say. ‘Has anyone had these issues? How have you been managing it?’ You take that piece away, and people are falling off the wagon.”

It wasn’t too long into the pandemic before Dee Fleming started getting calls and emails from anxious parents. This was another ripple of COVID, tied to adult children moving back home after they lost their jobs. Many were using drugs or alcohol, and their parents worried that they were sliding into a crisis.

More coverage: What family and friends should know

“They were functioning, but the situation was no longer manageable,” said Fleming, whose website, Culpeper Overdose Awareness, is a source of information about recovery programs in the region. She created it after her son, Joe, died of an overdose of cocaine laced with fentanyl in 2017.

She knows that many parents feel overwhelmed and ill-informed when they start looking for help. “It can be extremely challenging,” Fleming said. “I recommend that people first seek out a support group. Parents need somebody to talk to and walk alongside them.”

Unfortunately, the same pandemic that was fueling more destructive drinking and drug use was restricting the services that treat those disorders. The Boxwood Recovery Center, a 28-day residential treatment program in Culpeper, had to halve its capacity to meet social-distancing restrictions. No in-person visits were permitted, meaning any support from family or friends had to come through a video screen. Plus, the center closed its detox program to use that space as a quarantine area.

The basic logistics of getting help have become more complicated, too. Instead of being able to just show up at the Warrenton or Culpeper outpatient clinics to be evaluated for mental health or substance use issues, people now must make an appointment a day in advance. And, while there’s more flexibility these days, initially most counseling was done virtually, a challenge for both therapist and person seeking help, particularly if he or she didn’t have access to a reliable broadband connection.

More coverage: Where to get help

When support groups did start up again, they, too, usually met online. That made it harder for some people to engage, particularly those who were new to a group. And clicking on a Zoom link required considerably less commitment than getting dressed and heading out to a meeting. “I’ve seen meetings where somebody’s just lying in bed,” said Will, the RRCS peer coordinator. “Are they really trying to take the next step forward?”

Renee Norden, executive director of the Mental Health Association of Fauquier County, suspects that the true impact of the pandemic on substance use is only now becoming apparent.

“As we’re able to see more people in person, we’re going to find more people worried about friends and loved ones,” she said. “For example, people can be in denial about how much they’re drinking. It’s not until they get around other people who see they’re drinking three beers for every one everyone else is drinking.”

Last July, as drug overdoses kept climbing, a new state law went into effect. It prevents police from arresting for drug possession anyone who seeks help for a person experiencing an overdose. Supporters of the legislation say it will save lives because it keeps people from hesitating before contacting authorities.

But Fauquier County Sheriff Robert Mosier contends that there also have been less positive effects: Officers are being called to the same house multiple times and are not able to take any legal action. That’s frustrating to them, he said, and it means a person with a drug use disorder is less likely to get treatment.

Working with RRCS, Mosier’s department has been overseeing a program at Fauquier’s adult detention center where inmates can receive both counseling and access to Vivitrol, a drug that helps prevent relapses by blocking the effects of opioids. Research has found that former inmates are far more likely to die of a drug overdose within the first two weeks of their release from jail.

“Not everyone has the money to go to an expensive rehab program,” he said.

At the federal level, the Substance Abuse and Mental Health Services Administration, in response to COVID, has relaxed its regulations on people receiving methadone as part of medication-assisted treatment. Instead of being required to go to a clinic every day, patients receive 28-day take-home supplies. The U.S. Drug Enforcement Administration began allowing certified physicians to prescribe buprenorphine, a drug that reduces addiction cravings, without seeing a patient in person. A telephone evaluation will suffice.

Just last month, federal health officials went a step further, announcing that doctors, physician assistants and nurse practitioners will be able to prescribe buprenorphine without going through a special training program. The goal is to make the treatment more accessible in rural communities, where doctors are in short supply.

“It has to be about more than dispensing medicine. There has to be a counseling component. If it was just like writing a prescription for an antibiotic, it would be easy. But it’s not.”

While he supports making buprenorphine available to more people in need, Dr. Ash Diwan, a physician at Piedmont Family Practice who is certified in addiction medicine, is concerned that with so many health professionals permitted to prescribe the medication, other aspects of treatment will get short shrift.

“It has to be about more than dispensing medicine,” he said. “There has to be a counseling component. If it was just like writing a prescription for an antibiotic, it would be easy. But it’s not. That would be treating a chronic problem like an acute one.” 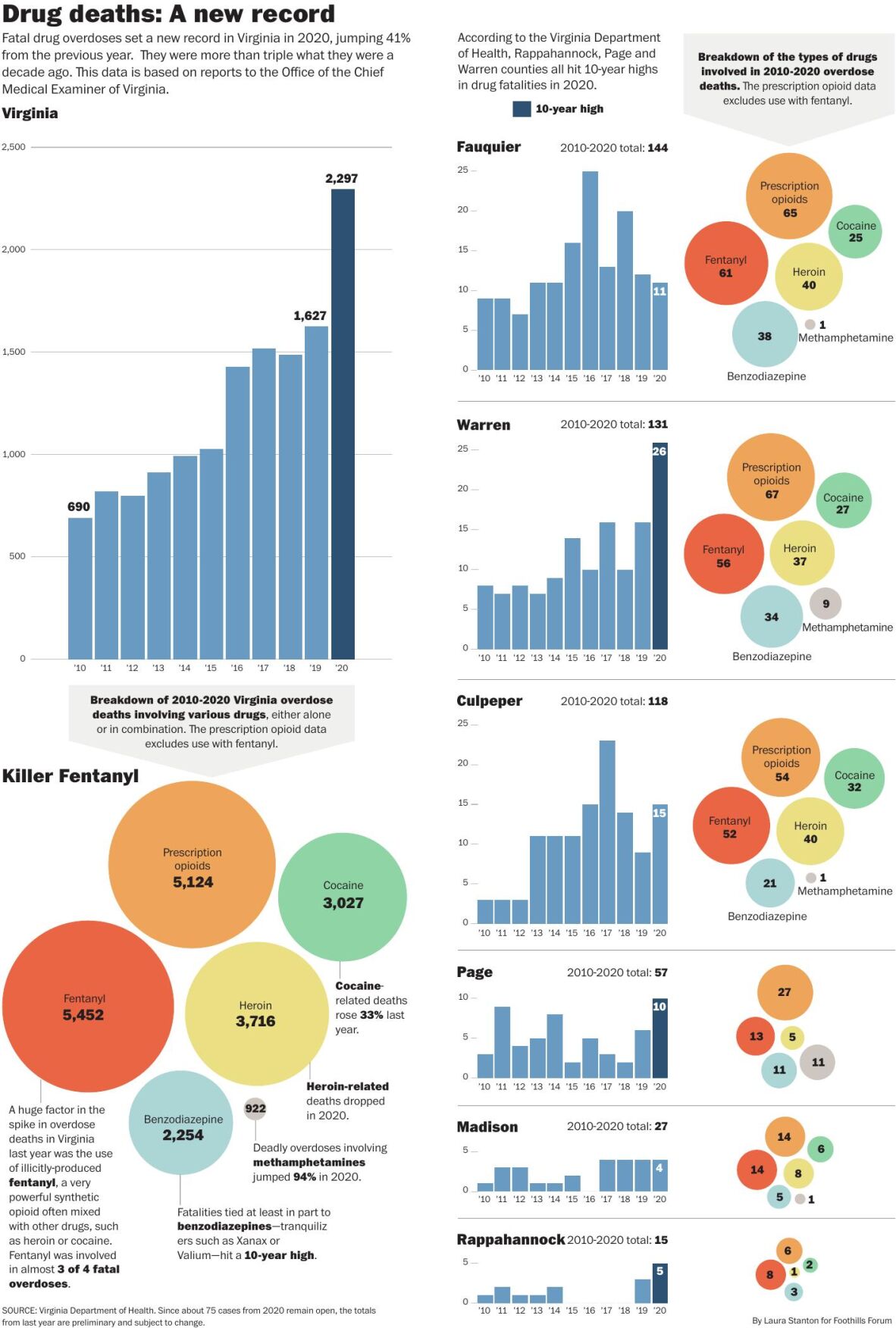 That’s a common concern in the treatment community, that the push to better educate the public about the chronic nature of addiction has lost momentum in the pandemic, that reducing the stigma of substance use as a moral failing rather than a medical condition has faded.

There have been some gains. More patients have eventually gravitated to virtual support groups, not only eliminating transportation issues, but also enabling them to meet peers all over the world. Thanks to telehealth, more people are making their therapy appointments.

Cory Will said he is encouraged to see that people with substance use disorders are more likely to view their condition as a mental health issue.

More coverage: Fighting alcoholism in the time of COVID

“I sat in on an AA meeting, and there were a dozen people there,” he said. “Not one person brought up drinking. They talked about mental health, about feeling alone and being anxious.”

But the illicit version of the powerful painkiller fentanyl continues to be a deadly wild card, playing a role in almost three out of four overdose deaths in Virginia last year. And deaths related to methamphetamine rose precipitously in the state in 2020.

Will is worried about the long-term costs of such a prolonged period of stressful isolation. “You hear about alcohol sales going through the roof,” he said. “When is that going to start showing up?”

Dee Fleming has the same concern.

“We have people just starting their addiction journey because of COVID. We’ve had people who’ve been in recovery five years pick it back up again. People are using more alone than they used to,” she said.

“I really think that if we don’t start getting a handle on the substance use issue again, five years from now we’ll be asking, ‘How did it get this bad?’”

Randy Rieland is a longtime newspaper and magazine reporter and editor, and a digital media producer. He wrote the "Opioid Ripples" series that appeared in the Fauquier Times in the fall of 2019.

More stories in this series:

Can kids bounce back?

Despite statewide rise in fatalities, number of overdoses in Fauquier largely unchanged

Many seniors have lost a step or two after pandemic’s loneliness, isolation

Not everything will be as it was before the pandemic. COVID-19 has had a worrying effect on some seniors.