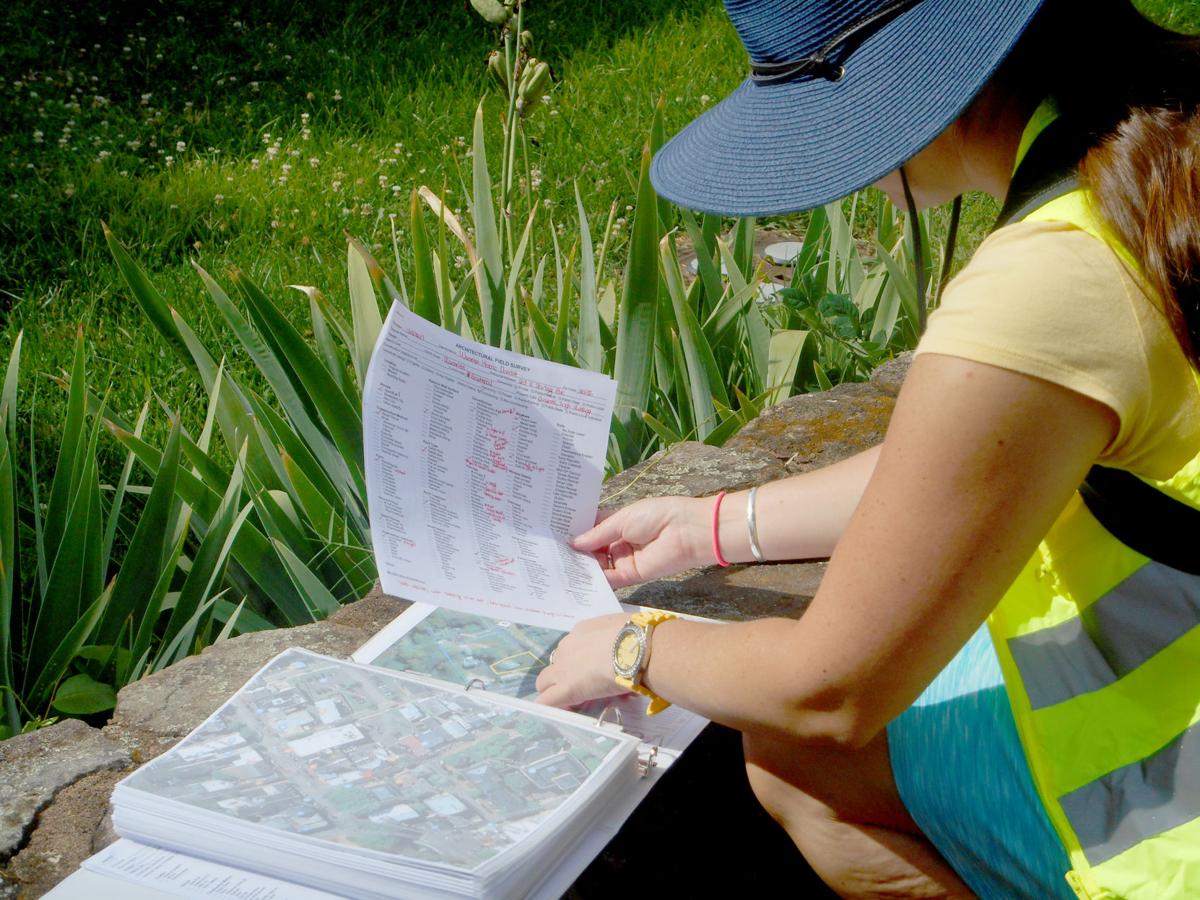 Victoria Leonard of Commonwealth Preservation Group, of Norfolk,  works on a survey of Warrenton’s historic District. 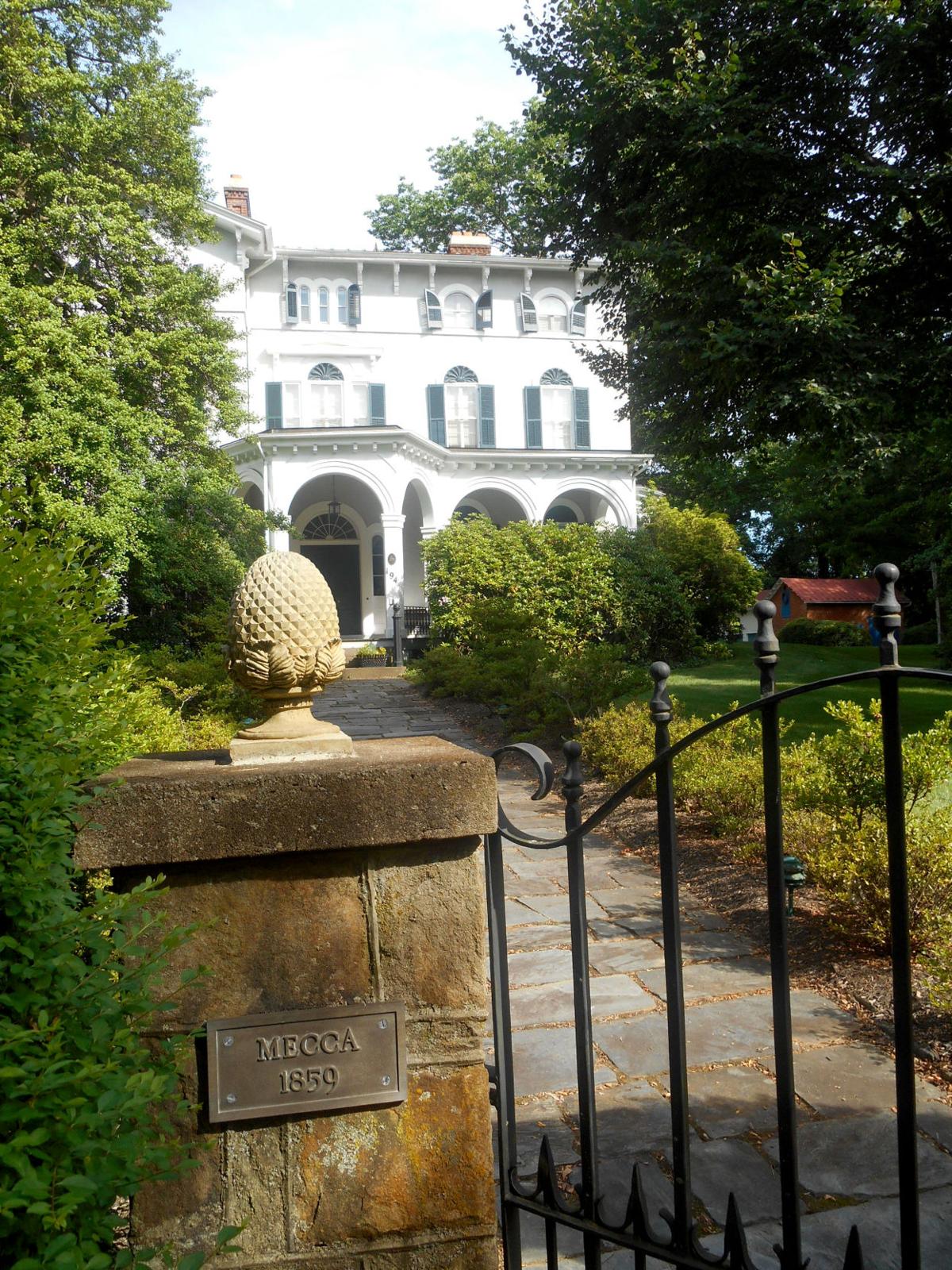 Ken Alm owns Mecca on Culpeper Street, one of the houses surveyed.

Victoria Leonard set out Monday morning to walk the streets of Warrenton, looking at structures within the national historic district in Old Town, taking notes, shooting photos and sometimes chatting with owners eager to share a building’s history.

Her job is to update information first gathered in 1983, noting building features, and keeping track of anything not included on that first survey, like outbuildings.

Leonard is one of three individuals doing the leg work. They, along with researchers and support staff are employed by Commonwealth Preservation Group of Norfolk, which was hired to conduct the survey. The $47,793 cost is covered by a Virginia Department of Historic Resources grant with a local match.

A property’s inclusion on the National Register of Historic Places is an honorary designation. It doesn’t prohibit an owner from making changes or even tearing it down, though owners of buildings within Warrenton’s own town historic district need to obtain a certificate of appropriateness from the town’s architectural review board to make changes or obtain a demolition permit.

The information gathered will added to the existing property surveys on the Virginia Department of Historic Resources VCRIS database and sketches will be given to the town’s preservation planner, Denise Harris, the town’s senior planner.

The survey was underway from July 1 to 3 and possibly could resume next week if needed. Age of the structure – at least 50 years old – its location, design, setting, workmanship and building materials are features being noted.

The passage of 36 years since the last survey means that some buildings not considered “contributing” structures in 1983 may now be included. There are 355 properties within the town’s National Register District.

For the survey, the buildings are viewed from the sidewalk. The survey team doesn’t walk up driveways or go into yards unless invited by the property owner.

Ken Alm, who lives at 194 Culpeper St. in a home known as Mecca, allowed Leonard into his yard.

“The house hasn’t changed much. There’s been a bathroom added,” said Alm, who’s owned the house for 17 years. It was built in 1859. He said it was used as a hospital at by the Union and Confederacy during the Civil War.

Doretha Cropp, who lives in a home on South FourthStreet, was among those who received a letter inviting her to a meeting at town hall on June 27, during which the survey and its purpose was explained.

Cropp said her home is 100 years old, but she doesn’t know anything about its history before her grandmother purchased it in 1952. It’s a two-story wood home with a rock foundation.

“I’m the only resident on my street,” Cropp said. A home to one side of her burned down and there are businesses on the other side, she said.

Owners of older buildings can apply to Virginia’s Historic Rehabilitation Tax Credit program to receive a tax break. Over the past 20 years, the program has issued $1.2 billion in tax credits to those who preserved and made improvements to their properties.