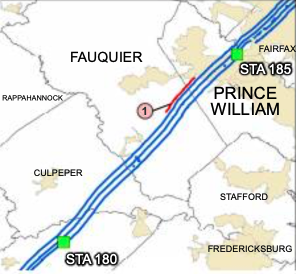 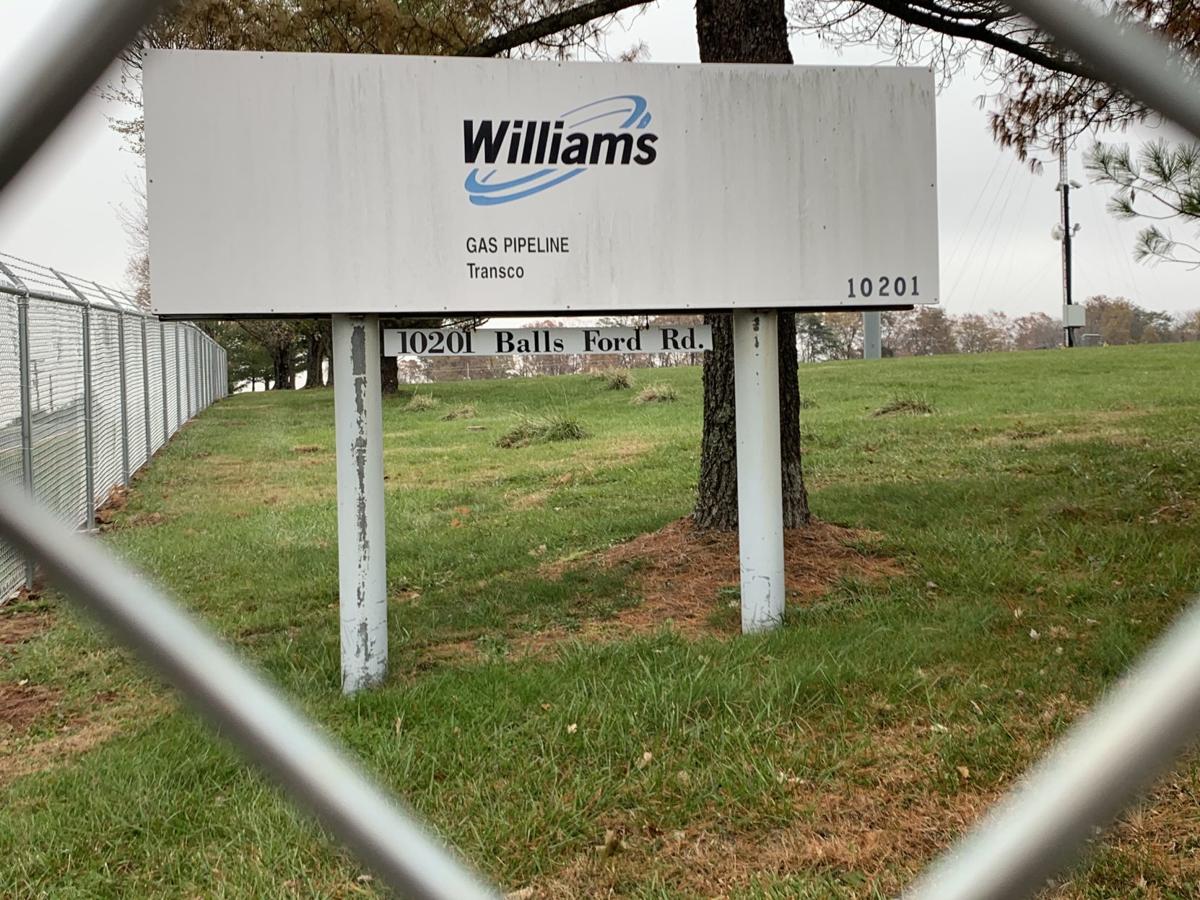 The natural gas pipeline expansion, owned by Williams Companies, Inc., includes work on a compressor station on Balls Ford Road in Manassas. The property is secured with a chain-link fence topped with barbed wire.

The supervisors voted unanimously Thursday on a resolution calling for a more extensive state review of the project because of its impact on local surface waters as well as safety and environmental concerns. Prince William Board of County Supervisors hasn’t taken a position on the pipeline expansion.

The new pipeline is part of the Williams Partners Southeastern Trail expansion project. The project received approval from the Federal Energy Regulatory Commission in October.

Construction on the pipeline expansion is slated to begin January 14, 2020, according to a company spokesperson, and will run adjacent to the existing Transco mainline in Prince William and Fauquier counties.

In addition to the new pipeline, the project will add horsepower to three existing compressor stations in Virginia – located in Manassas, Scottsville and Chatham – and modify 21 existing facilities in South Carolina, Georgia and Louisiana.

The expansion will provide an additional 300 million cubic feet of natural gas per day to utility and local distribution companies in the Southeast and Mid-Atlantic regions, according to a company press release announcing the project’s approval.

Fauquier County’s Board of Supervisors said they are opposed to the project because of the potential degradation of surface waters in Fauquier County and potential safety issues to the region and surrounding communities.

Supervisor Rick Gerhardt, R-Cedar Run, said in an emailed statement that the state gave the Southeastern Trail Expansion project permission to move forward in southern Fauquier without as extensive a water review process as other pipelines in the state.

“This is particularly unacceptable considering that the pipeline’s planned route moves through 20 bodies of water,” Gerhardt said.

The pipeline will also temporarily impact two acres of wetlands during construction.

The Fauquier board is calling on state agencies to perform a more comprehensive state-led environmental review that involves at least one public hearing and comment period.

Board Chairman Christopher Butler, R-Lee, sent a letter to Virginia’s Department of Environmental Quality on behalf of the Fauquier board asking the agency to facilitate public awareness and “take a deliberative approach to reviewing local concerns with this project.”

“We have serious concerns that there could be missteps in the review of how this proposed fossil-fuel project will impact Fauquier County’s waterways and sources,” Butler wrote.

Williams Partners could not be reached for comment about the Board’s request.

The DEQ opened a public comment period from Nov. 1 to Monday, Dec. 2, to seek feedback on the state’s response to the environmental aspects of the project.

Virginia DEQ Environmental Impact Review Manager Bettina Rayfield said the department has the option to object to the project, but that an objection is unlikely.

“Based on the comments we’ve received on the environmental assessment, none of the agencies that we coordinate with have identified anything that would lead me to believe there would be objection at this point,” Rayfield said.

FERC held three public scoping sessions in June 2018 in Nokesville, Scottsville and Chatham to provide the public an opportunity to learn more about the pipeline project and comment on environmental issues. A total of about 10 people attended the three scoping sessions altogether, according the FERC’s environmental assessment.

The Southeastern Trail expansion received approval from FERC on Oct. 17.

One FERC Commissioner, Richard Glick, issued a statement of dissent because of the climate change implications of the construction and operation of the Southeastern Trail expansion.

Glick is one of three FERC commissioners currently serving on the commission and the lone voice of dissent on the order.

Glick said the commission, in its ruling, refused to consider whether the project’s contribution to climate change from greenhouse gas emissions would be significant “even though it quantifies the direct emissions from the project’s construction and operation.”

FERC’s environmental assessment of the Southeastern Trail expansion states the project will produce greenhouse gasses in the area of its construction and operation, including in Prince William and Fauquier counties.

The assessment goes on to say: “Existing and future emissions of greenhouse gasses, unless significantly curtailed, will cause further warming and changes to the local, regional and global climate systems.”

“Claiming that a project has no significant environmental impacts while at the same time refusing to assess the significance of the project’s impact on the most important environmental issue of our time is not reasoned decision-making,” Glick wrote.

A  months-long  dispute  that pitted a proposed wetlands mitigation bank against an expanded natural gas pipeline  is over. The pipeline  won, but  owners of the Fauquier farm on which the pipeline will be built say  the result is a “win, win, win” for all involved.