During a Nov. 12 regular meeting, Fauquier County supervisors unanimously approved a $1,000 bonus for county government employees. The move followed an unexpected vote earlier in the week by the Fauquier County School Board to distribute a $1,000 bonus to each permanent full-time and part-time school division employee.

Supervisors and county administrators explained the bonuses are both to compensate for costs employees incurred if they needed to work from home during the pandemic and a gesture of appreciation for county employees’ work on the front lines during the pandemic, especially in fields like fire and rescue and law enforcement. 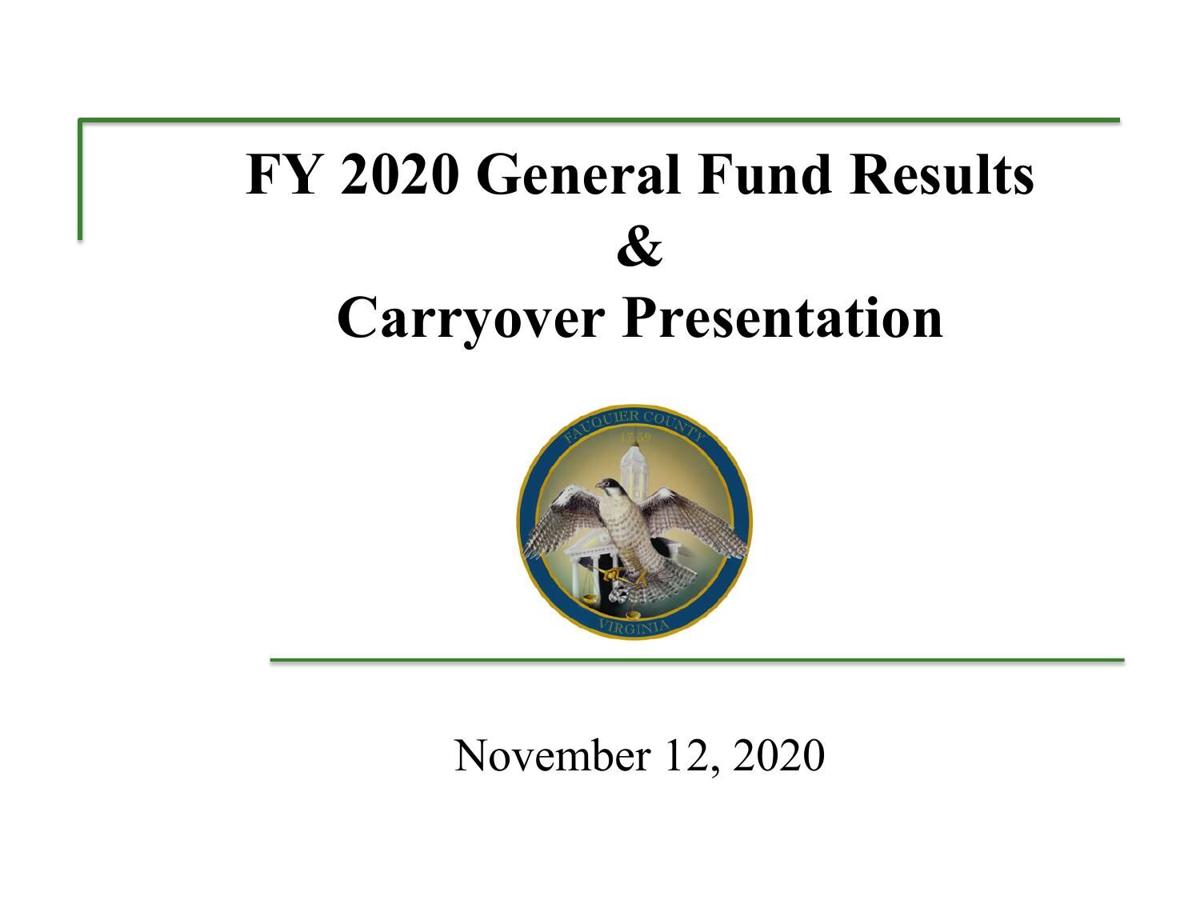 The $785,000 measure approved by supervisors Nov. 12 was part of a broader resolution to allocate funds, including $4.9 million in the general fund, leftover from the previous fiscal year. (Fiscal year 2021 began July 1.) Although citizens had the opportunity to weigh in during a public hearing preceding the vote, no one did. The resolution passed unanimously.

At the Nov. 12 afternoon work session, however, supervisors were furious they were not told of the decision to distribute bonuses to school employees ahead of school board’s vote earlier in the week. Supervisors took turns criticizing the school board’s actions.

Supervisor Chris Granger (Center District) sounded off about the school board’s decision. He claimed that, in light of the current economic recession, it was irresponsible for the school board to approve the $2.8 million measure when so much was still uncertain about the amount of state funding the school division will receive next year.

“I’m appalled at the position the school board has put this community in.”

By approving the bonuses for school employees without telling supervisors, school board members were implicitly indicating school employees were worth more than other county workers, like fire and rescue personnel, Granger claimed. He said that because of the lack of communication, school board members could not have known if supervisors were in a position to approve similar bonuses for other county employees.

Granger emphasized his support and appreciation of county employees’ work during the pandemic – “No one is discounting the work [county employees] are doing” -- but said “there are a lot of people in our community hurting.” He has concerns about using taxpayer money for this purpose, he said, when so many county residents have been affected by the economic downturn during the pandemic.

“The private sector folks aren’t getting more. They are getting less.”

Supervisor Rick Gerhardt (Cedar Run District) used similar language. “It’s appalling the school board took the action they did in the way they did it,” he said, but added that he will support the bonuses for county employees as he sees no other equitable option in light of the school board’s decision.

Scott District Supervisor Holder Trumbo said he would vote for the bonuses – the school board’s actions “mean we can’t say we’re not going to do it for our folks,” he said – but added that people working for private companies have struggled far more than public employees. “The private sector folks aren’t getting more. They are getting less,” he said.

At the request of Fauquier County Commissioner of the Revenue Eric Maybach, supervisors unanimously to repeal the annual vehicle license fee for county residents. There are more than 85,000 vehicles currently subject to the fee, which is $25 per year for motor vehicles and $15 for motorcycles.

Maybach said Thursday that the tax revenue lost because of the repeal will be made up by a change in how vehicle values are assessed for personal property tax purposes. “It moves it to a more fair evaluation method,” Maybach said, adding that he estimates 83% of county residents will actually pay less even though the valuation of their vehicles is likely to increase.

Because the current annual fee is the same no matter the value of the vehicle, county residents pay the same license registration fee whether their vehicle is worth $1,000 or $80,000, for instance.

Aspen Village proposal to be revised

Proposal to build rent-controlled apartments in Bealeton stalls -- for now

As expected, the proposal to build 48 rent-controlled apartments adjacent to the existing Aspen Village complex in Bealeton will be revised and revisited in the upcoming months. Last month, planning commissioners voted three to one to recommend denying the application in its current form, and on Thursday, supervisors approved the developer’s request to be granted up to 90 days to revise the application.

The developer’s representative, Chuck Floyd of Piedmont Land Consulting, said Nov. 12 before the meeting he expects to work with county officials before resubmitting the proposal. “We expect to make some revisions to the application in the next couple weeks to add more usable open space with amenities to the proposed open space,” he said. “We plan to review the proffer statement and update/revise it accordingly to address any impacts that may be generated on the greater Bealeton community. At this time, we have not outlined any other specific changes that may be made.”

Minutes from the Nov. 12 regular meeting of the Fauquier County Board of Supervisors can be found here.