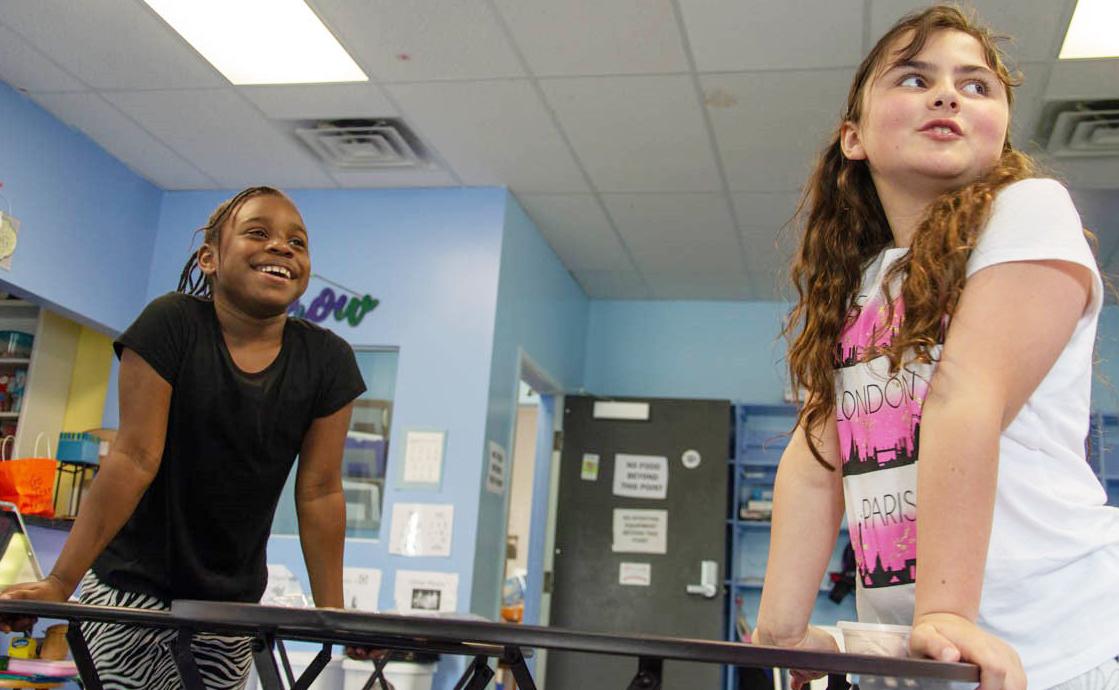 Kaylee Stewart hangs with her friend Hope at the Boys & Girls Club of Fauquier. 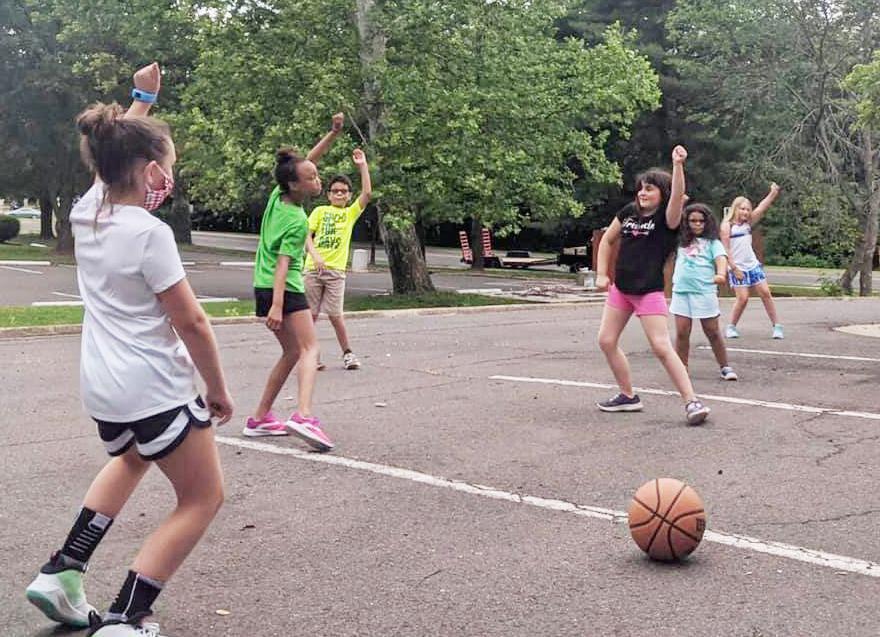 Campers at the Boys & Girls Club of Fauquier keep themselves busy, dancing outside at a distance -- and especially loving it in the rain.

David Mayfield, 13, must wear a mask inside the Boys & Girls Club of Fauquier in Warrenton. When he goes outside to throw a football with friends, they have to put on gloves. And when he and his buddies decide to play a game of Knockout, they’re only allowed to touch their own basketballs.

Still, he’s happy to be at camp. Before it began, he was staying up all night playing video games and sleeping during the day. Camp, which starts at 9 a.m., has given him back a regular schedule.

Mayfield has been coming to the camp since he was 6 years old, and normally there are a hundred other children there too. This year, because of the novel coronavirus, there are 18.

With school out in the middle of the pandemic, school-aged children everywhere have had to cope with canceled summer camps, online summer classes, lost internships and postponed vacations. That includes about 12,000 students in Fauquier, the vast majority of whom attend the county’s 20 public schools.

Online summer school at public schools will run July 6 thru July 24, on a Monday through Thursday schedule.

As Virginia opens back up for business, some children are visiting friends for the first time in months, while others are still hanging back at home.

Eight-year-old Tucker Biegler knows just what to do to slow the spread of the novel coronavirus.

Recently, 10-year-old Bryce Hendrix’s mom and other parents in his neighborhood began to allow their children to play together. The rising fifth grader has been able to have friends over to jump on the trampoline and play video games.

But he has spent most of his time with his older sister, Samantha, who will be studying dance at Old Dominion University in the fall. “I will be sobbing my eyes out,” he predicted.

Samantha said her time watching movies, painting and staying up late talking with Bryce, whom she calls her best friend, has been one good side effect of quarantine.

After graduation, Samantha and her friends were supposed to go to Disney World, but health concerns forced them to cancel the trip. As restrictions have lifted, they have organized a trip to Ocean City soon.

Graduated senior Ella Irvin and her friends just returned from a vacation to Virginia Beach, where they spent the week reminiscing about high school. They even went out to dinner one night, and sat outside.

“It’s definitely hard being a senior and having all this going on, because we’re not going to see our friends again and this is our last chance to hang out with them and be together,” she said.

Anna Bryant, 15, busses tables and works in the kitchen from time to time in the small restaurant her grandparents own in Colonial Beach, Virginia. But this summer she’s at home babysitting her three younger siblings because their summer camps were canceled and their mom works.

She’s hoping as restrictions lift, she will still be able to help her grandparents, even though the restaurant’s small dining area is only able to sit half as many customers because of remaining coronavirus restrictions.

“I’m hoping by the end of the summer I can go down,” said Bryant, who a rising sophomore. “They are good people down there.”

For students like Nathaniel Borgstrom, a raising ninth grader, the summer hasn’t been too different from previous ones, he said. He usually stays inside and plays video games or reads.

This summer, Nathaniel has cooked dinner for his family every Monday night and recently spent five hours making pork dumplings for them. He also made a cake with yogurt instead of eggs and vegetable oil, he said, dissolving into giggles. He ate almost all of it himself.

Meanwhile, at the Boys and Girls Club, Kaylee Stewart, 8, and her friend Hope, 9, whose parents preferred not to give her last name, were goofing around in the dining area. Nearby, Assistant Unit Director Sarah Hundley wiped down the chairs and tables with a bleach solution and kept an eye on the girls, occasionally reminding them to keep a distance from each other:  “Six feet apart, girls!”

The girls said they’ve been practicing cartwheels, singing, comparing scrunchie collections and dancing a lot at camp -- even in the rain, Stewart said.

While the camp has brightened their summer, attending it has come with one painful trade-off for Hope. She isn’t allowed to hug her grandparents because she is now exposed to people outside her family. The restriction was especially sad, she said, when she visited her grandpa for his birthday recently and had to tell him no when he asked for a hug and a kiss.