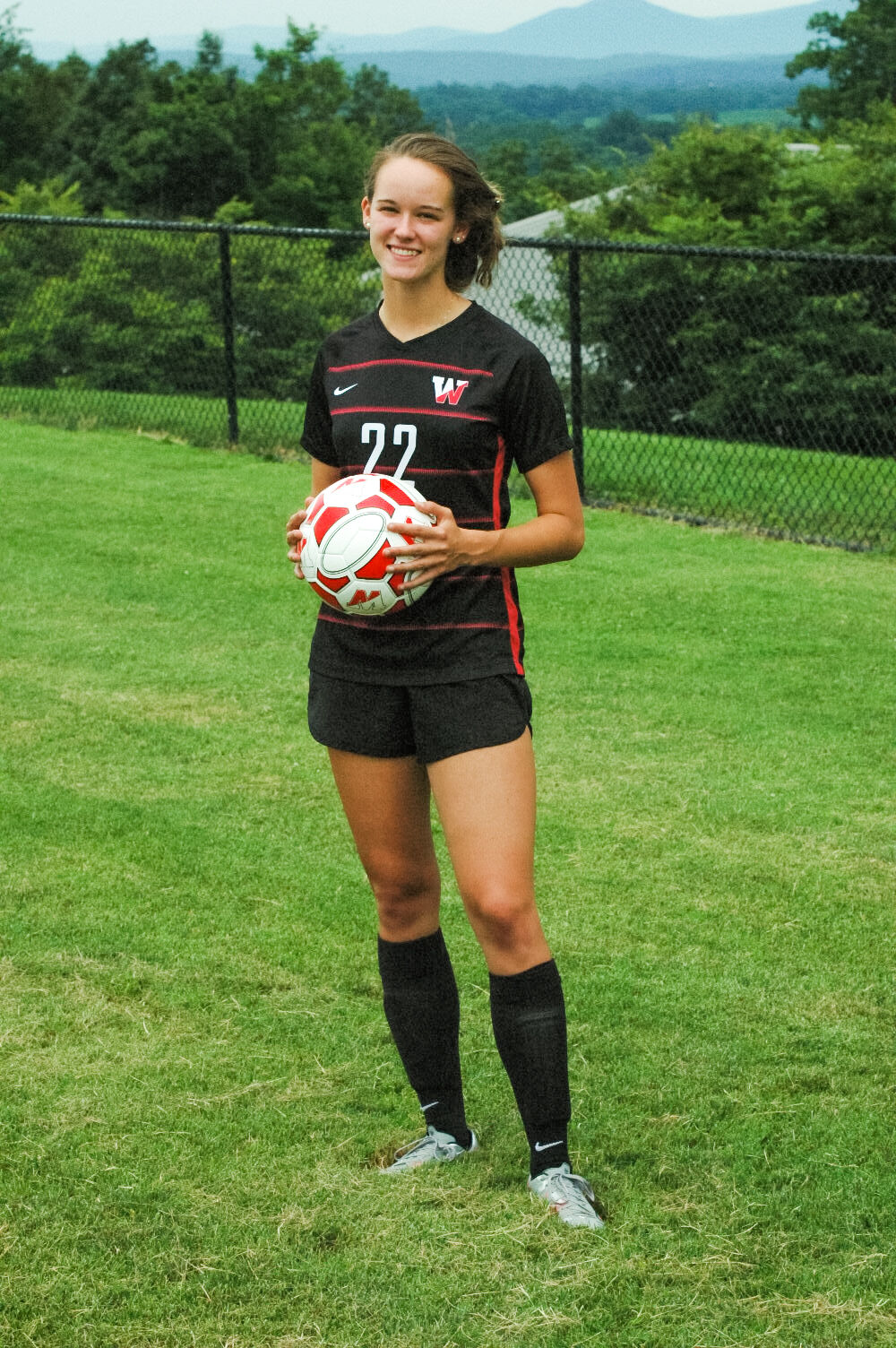 A lifelong soccer player always “game” to try new sports, Sophia Spytek is 2021 Fauquier Times Wakefield School Girls Athlete of the Year. She’ll study at the College of William & Mary and perhaps pursue a career in medicine, like her mom. 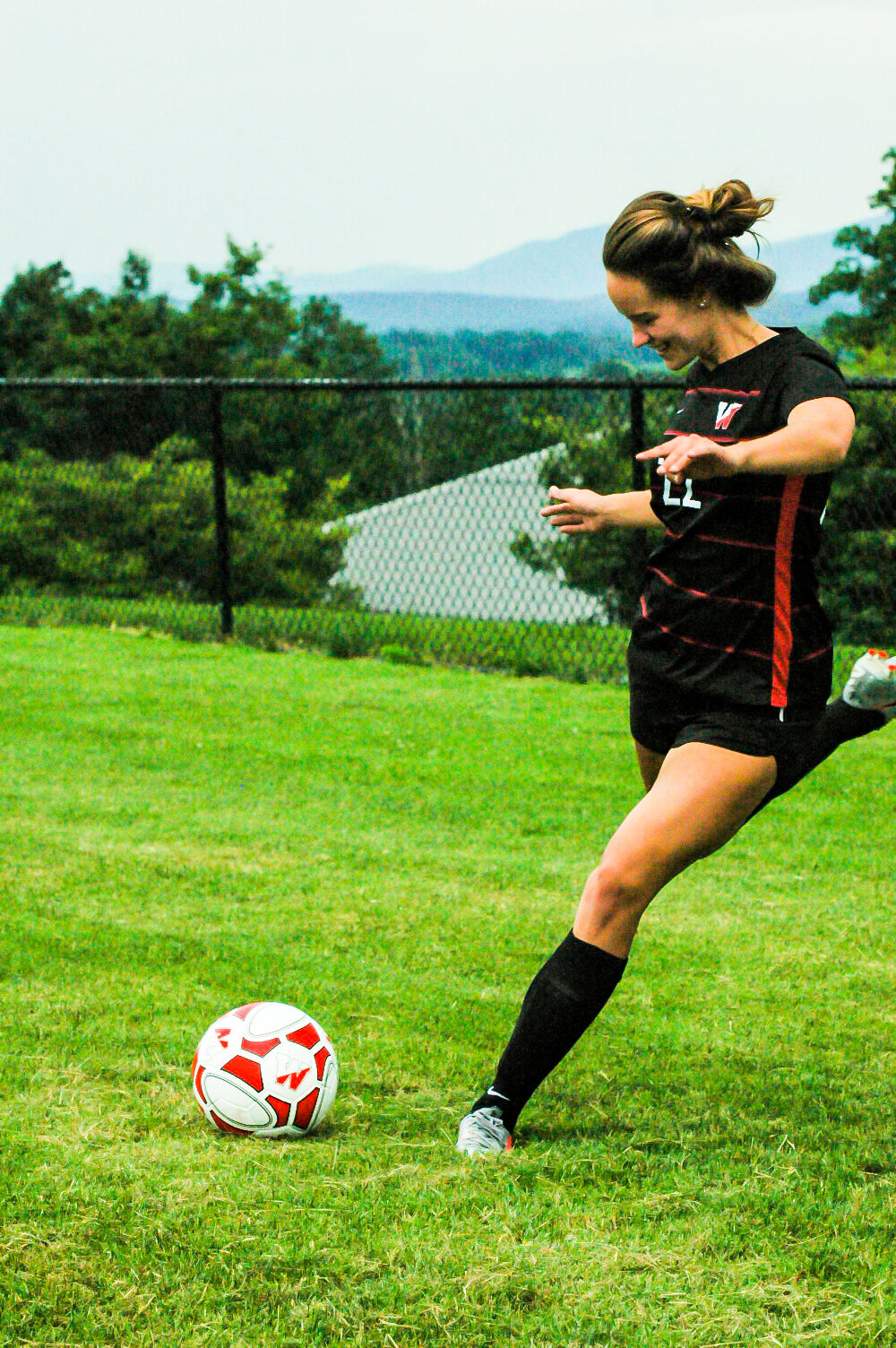 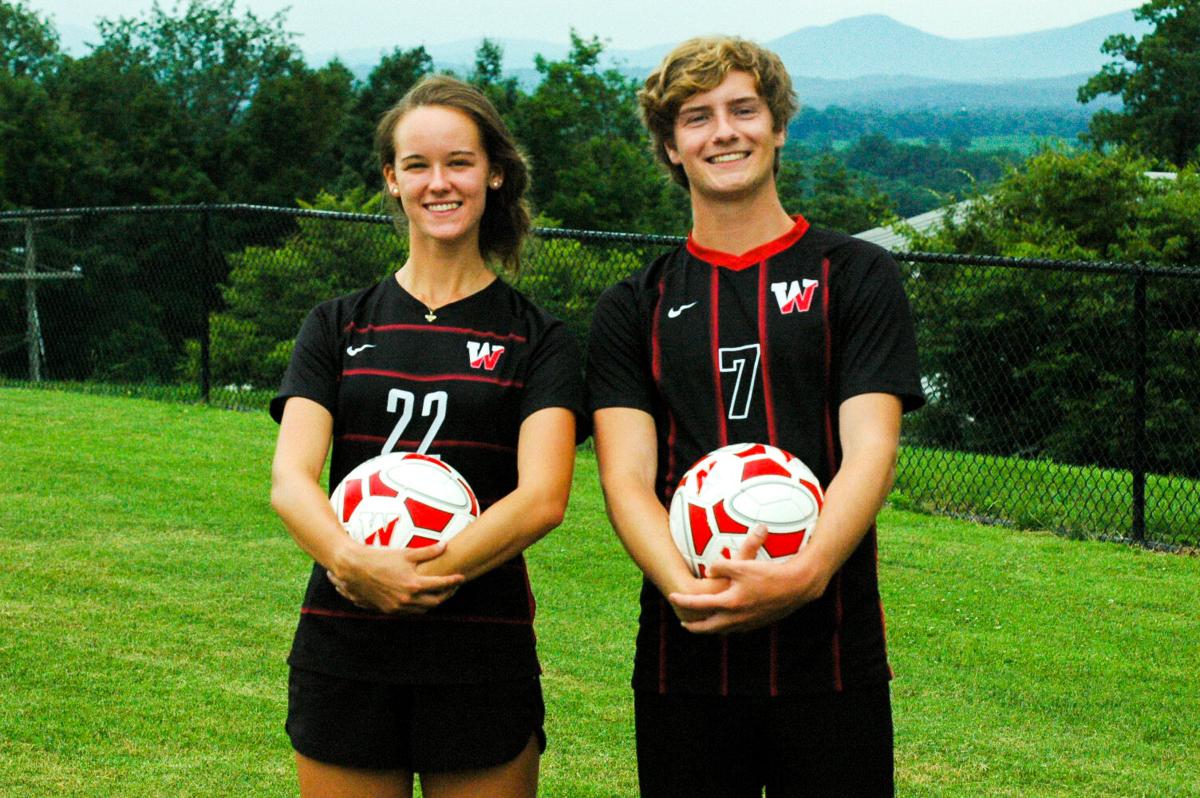 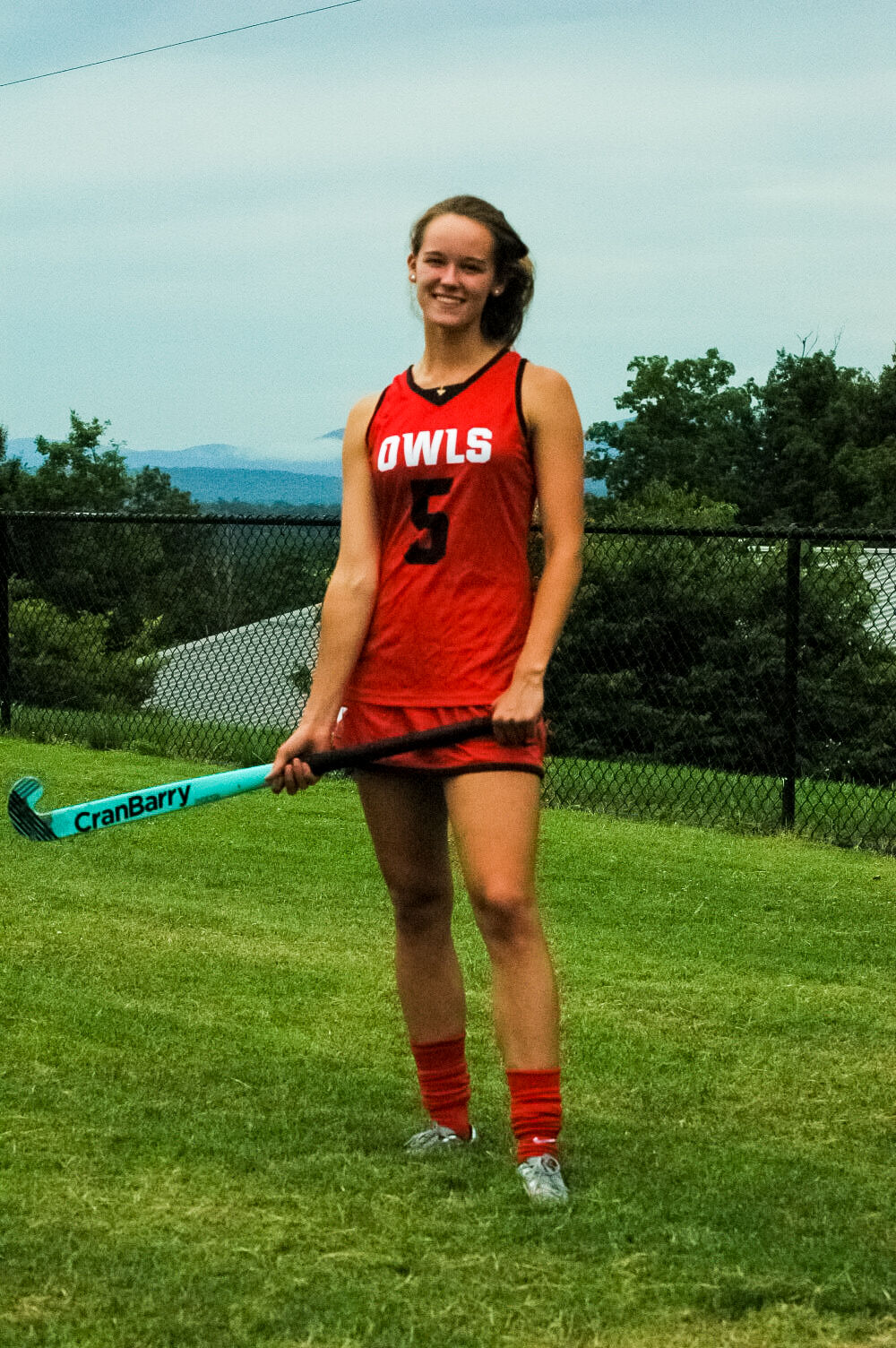 A lifelong soccer player always “game” to try new sports, Sophia Spytek is 2021 Fauquier Times Wakefield School Girls Athlete of the Year. She’ll study at the College of William & Mary and perhaps pursue a career in medicine, like her mom.

Participation is a Spytek family trait.

During her time at Wakefield School, Sophia Spytek experimented with different sports. She played on the varsity soccer team, her first sporting love. She also picked up field hockey in middle school, and played on that varsity team, too. Her sophomore year, she signed up for the swim team seemingly on a whim "because the school offered it.”

"Sophia is the kind of person who loves to try things. She values competition and chases whatever challenge is in front of her,” said Stephanie Spytek, Sophia’s mother.

The spirit of challenging herself in new sports helped make Spytek 2021 Fauquier Times Wakefield School Girls Athlete of the Year.

Spytek has been playing soccer since she was five. She’s a versatile player who fit anywhere

“She can play anywhere. She starts at center back, but I can move her into the midfield too or as a forward if we need a goal,” said Massey.

When Spytek was 12, she moved from Boston to The Plains. That move allowed her to look into a previously unexplored interest: horseback riding. “It was always a dream to have a horse, so when we moved here it just kind of happened,” she said.

She had always wanted to ride, so when Spytek found herself in the middle of horse country, she knew she had to take advantage of the opportunity given. She started riding with her mother. She rode seriously at local competitions, as well as for the Wakefield team.

While she never saw herself as an intense rider, she threw herself into it and made sure to enjoy the competition. Spytek saw an opportunity and she did not let it go to waste.

“Sophia really enjoys the spirit of competition, especially when it’s a part of a team. She loves being a part of that environment and having that camaraderie,” said her mother, Stephanie.

While her parents and coaches call Spytek a natural athlete, her contributions are better defined by her attitude towards her teammates.

Coach Massey said Spytek is the type of player every coach or teammate wants. “She leads by example. She’s not the type of captain who will scream at her teammates. She prefers to offer support and positivity, Sophia’s a quiet type of leader,” Massey said.

Her father called her a unifying presence. “She’s always been the quintessential player-coach,” said Joseph Spytek. “She’s not out there barking orders, but helping people out, always encouraging people, like a player-coach.”

Spytek’s senior season was marred by pandemic precautions. The Wakefield soccer team only got to play three games, and without the possibility of a postseason, there didn’t seem to be a lot at stake.

In the second game, multiple Wakefield players were injured, including Spytek with a rolled ankle. Coach Massey called her and fellow co-captain Hayley Malinowski into his office to ask if the team wanted to play their last game against Randolph-Macon.

He knew that the already thin Wakefield roster, which had never had more than 14 players, would struggle to even finish the game.

Spytek and Malinowski emphatically responded yes, despite the difficulties the team would face. The game was tightly played before Randolph-Macon Academy pulled away in the second half for a 4-2 win.

Roster issues are nothing new for Wakefield athletes.

During Spytek’s sophomore year, the field hockey team had nine players in a sport that fields eleven in a match. Often the Owls hoped opponents would graciously only field nine players as well, but not always, leaving Wakefield’s group unable to sub while already two players down.

“Sophia doesn’t mind being the underdog. She likes to rally the troops by setting her example and showing that calm, determined presence as a leader,” Stephanie Spytek said.

“Sometimes we would play whole games with nine players against eleven, which is really mentally draining,” Sophia said, “but we managed to win a game, which is just a testament to our effort that year.”

Sydney, Sophia’s younger sister, joined her on the soccer team this past spring, but the sisters’ time together was shattered by the pandemic. Over the last two seasons, they got just three games together with 2020 wiped out entirely.

In the classroom, Spytek was a standout. She was one of three Wakefield graduates given Outstanding Senior Thesis honors for her paper “Killer Kidneys: The Physical and Economic Dangers of the International Organ Trade.”

She’ll attend William & Mary this fall, where she may explore medicine or veterinary studies.

Her mother is an obstetrician-gynecologist with a practice in Gainesville.

She will also continue playing sports for club or intramural teams. “Who knows what I’ll try! I want to play club sports, definitely soccer. Maybe I’ll find something new I haven’t done before," Sophia said.

Remember, participation is a Spytek family trait. They’re competing in a family run-swim-run race this summer.

“We’ll probably finish last, but the joy of sinking your teeth into a challenge as a family is a special thing,” said mom Stephanie.

-Family: Father Joseph Spytek works in satellite communications for Speedcast, mother Stephanie is an obstetrician-gynecologist with a practic…