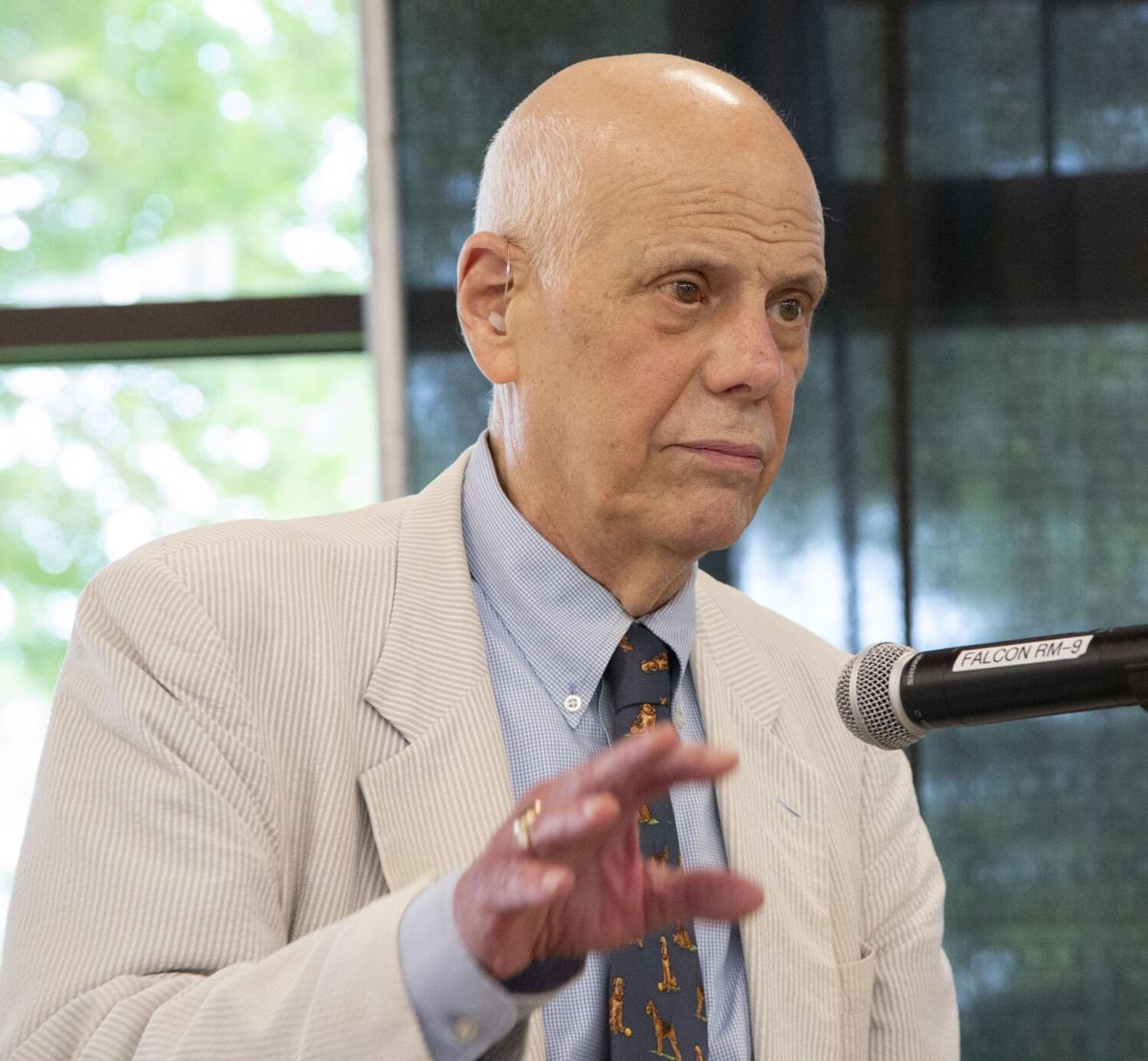 Henry Lavine has been an outspoken critic of the cell tower plan in Rectortown. 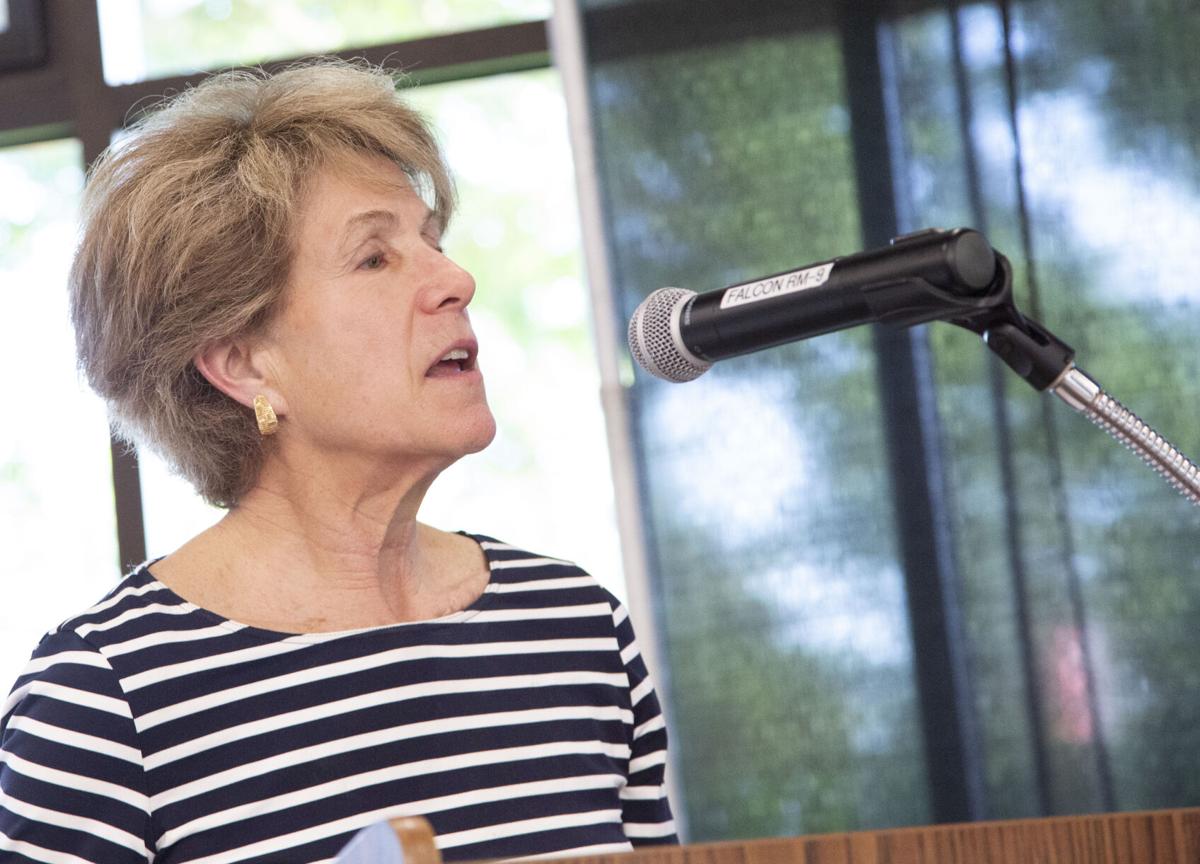 Patricia Richards was one of three Rectortown residents who spoke during citizen’s time Monday night against the Milestone Towers project. 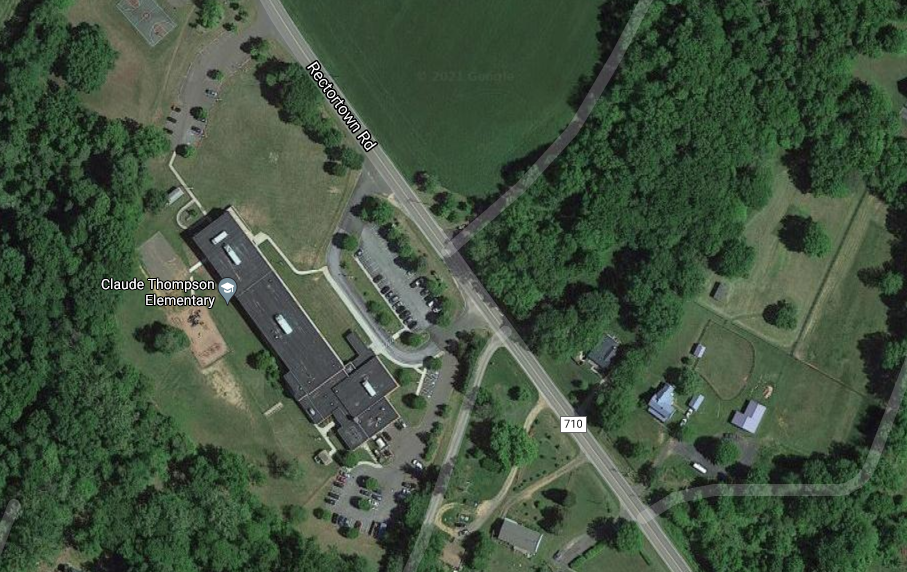 The Claude Thompson Elementary School is located at 3284 Rectortown Road. 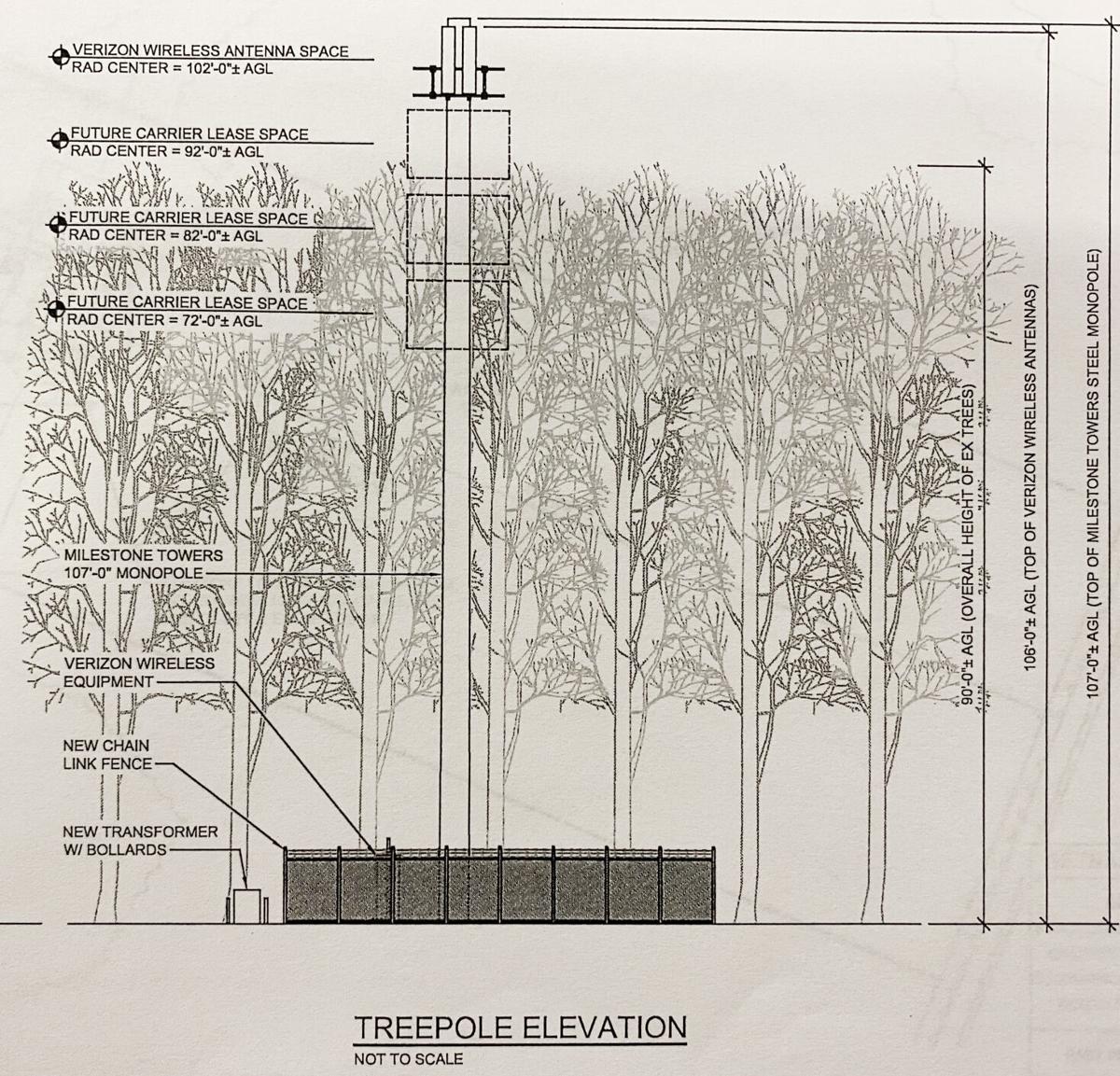 An illustration of what the tower at Claude Thompson Elementary School would have looked like.

Before community opposition to a possible cell tower on Claude Thompson Elementary School property could build up a head of steam, it was declared, “not a viable project” by the Fauquier County School Board’s Building Committee. School Board Chair Donna Grove (Cedar Run District) said at Wednesday morning’s committee meeting, “This is not a fight we want to take on.”

Milestone Towers, which is currently installing a cell tower just off the baseball field at Fauquier High School, wanted to place a similar tower on the grounds of the Rectortown elementary school.

Residents of the Rectortown community organized against the plan even before Milestone could officially present its project to the school board. Three residents – including opposition leader Henry Lavine -- spoke at the June 14 school board meeting, listing their reasons for opposing the tower.

Lavine rallied against the project for several weeks before Monday’s meeting, talking to his neighbors and soliciting input from experts on the health dangers of cell towers, particularly on children.

The Friends of Rectortown community group – of which Lavine is a member -- has unofficially “adopted” the Claude Thompson school and for years has been donating funds and providing support, working hand in hand with school officials to augment the school’s resources.

Lavine was adamant about the danger he felt the students would be in if subjected to the electromagnetic radiation of a cell tower on school property. “My position is while there is any risk to the children, it doesn’t make sense.”

Lavine said there were many reasons to reject the tower plan:

During the weeks leading up to the school board meeting, Lavine said he was most concerned about the health issues presented by the presence of the tower – to the children who attend Claude Thompson and those who live nearby. At least one local resident suffers from electromagnetic sensitivity and would be at risk if the tower was built, he said.

He was able to cite studies questioning the safety of the cell towers and claims there is considerable scientific evidence that radiation emitted from cell towers can cause serious illness, cancer, etc. In arguing against the tower in a recent Fauquier Times letter to the editor, he cited research at the Environmental Health Trust (ehtrust.org).

Lavine explained another argument during citizen’s time at Monday night’s school board meeting. He said that a provision in the deed for the school property contains certain conditions: The land must be used for the sole benefit of the school.

Lavine said he spoke with the person who donated the land to the school division. “He said he does not want this tower on the property. The law says the wishes of the donor should be considered.”

In making the recommendation to deny the tower Wednesday morning, Grove named this objection as one that carried weight.

Two other Rectortown residents spoke against the tower during citizens time Monday as well, Jamie Nash and Patricia Richards.

Nash lives within 600 feet of the proposed location of the tower. She said, “My husband and I … have four young children under the age of 6. My husband deals with a variety of health issues. Cell towers have wireless antennas that emit radiofrequency radiation that we will be extremely vulnerable to since we live in such close proximity to the proposed installment location.

“Researchers have studied cell towers for decades. Effects from RFR documented in scientific research include: increased cancer risk and cellular stress, headaches, sleep issues, genetic damage, changes to the reproductive system, memory defects and impacts to the nervous system. Children in particular are most vulnerable to cell tower radiation as they absorb it deep into their brains and bodies. A child’s developing brain and organs are most sensitive to environmental stressors… If there is any indication that this is unsafe, then the tower does not belong right next to our elementary school -- or my family’s house…”

Richards, whose farm is directly across from Claude Thompson Elementary School, asked the school board two questions:

“Can you guarantee that no harm will come to the children by building a cell tower in the vicinity of their school?”

Representatives of Milestone Towers were supposed to present a plan for the tower to the building committee Wednesday morning, but did not. School facility staff said at the meeting that they would share the committee’s decision with them.