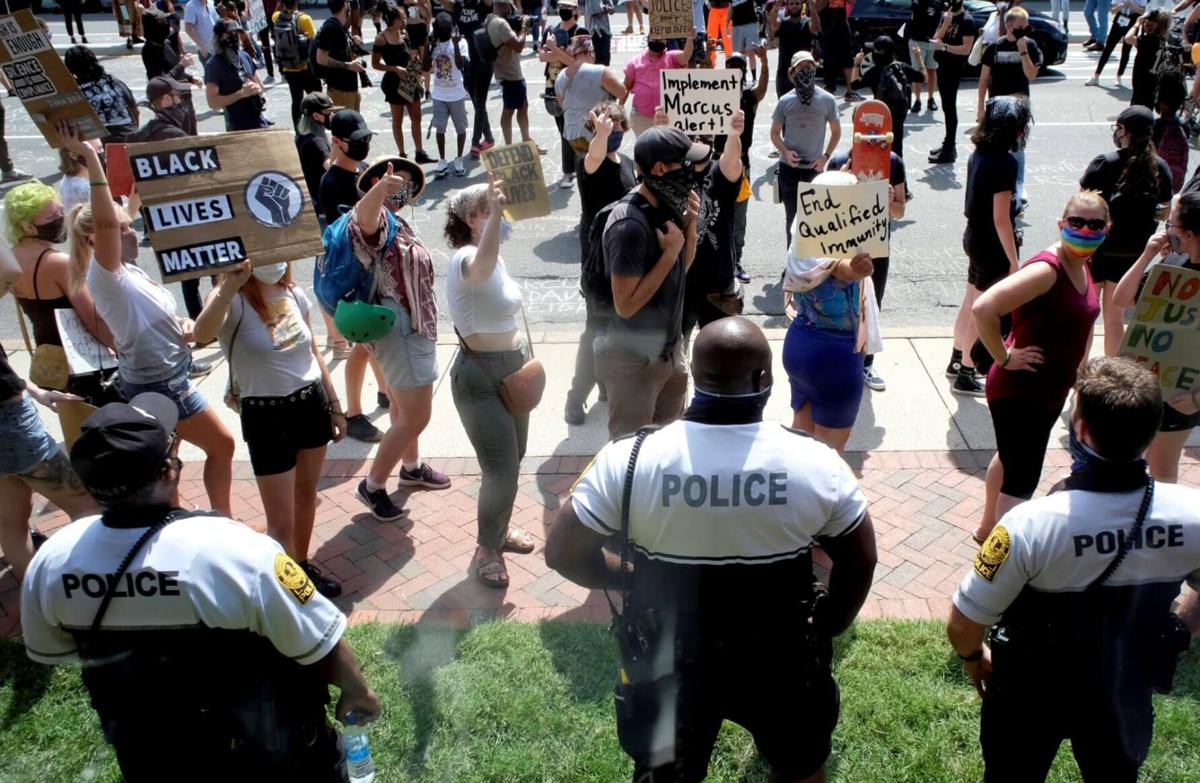 Virginia Commonwealth University police stand in the foreground as a group of protesters block the street outside the Siegel Center in Richmond, where the Virginia House of Delegates was meeting Tuesday, Aug. 18. 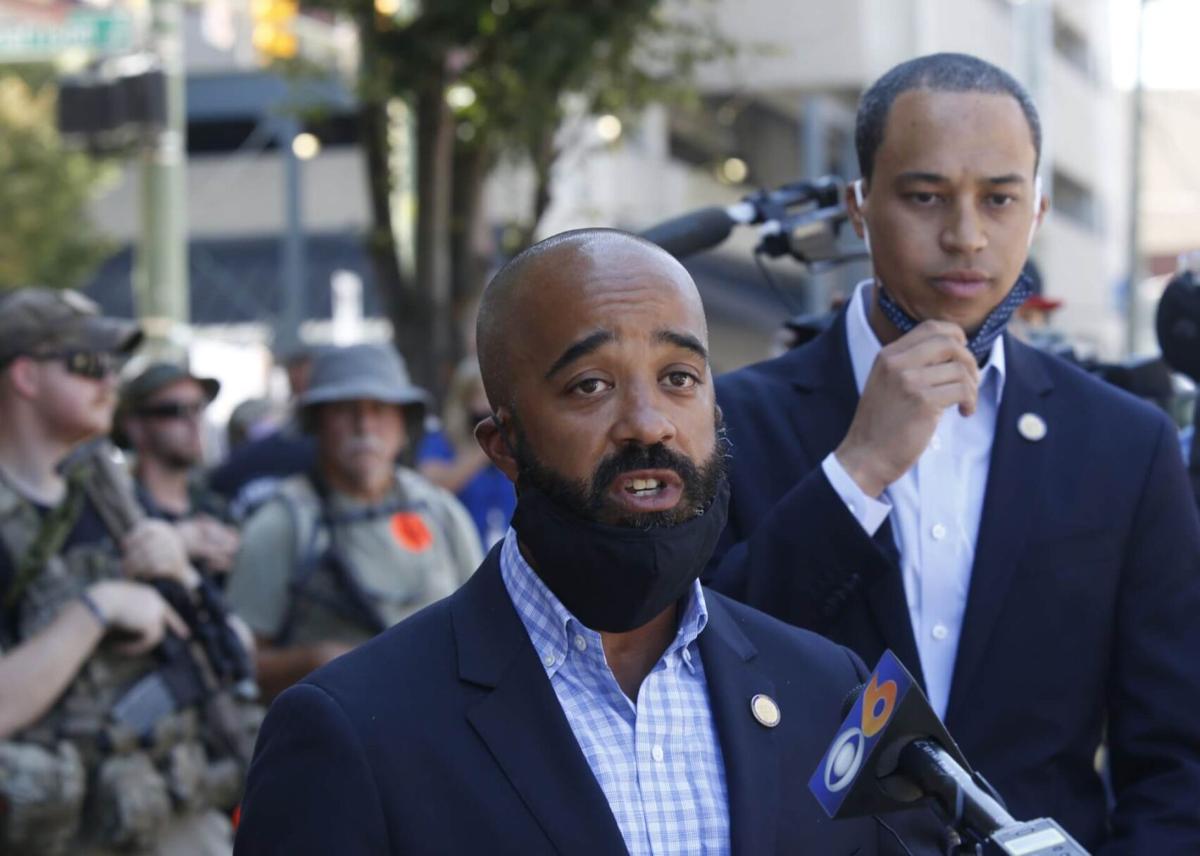 Del. Jeff Bourne, D-Richmond, left, and Del. Jay Jones, D-Norfolk, right, speak about a bill they are introducing dealing with deprivation of rights, as they stand outside the Siegel Center in Richmond, VA Where the Virginia House of Delegates is meeting Tuesday, Aug. 18. Behind them, a group from the Boogaloo organization stands.

For the third time in two weeks, lawmakers in the General Assembly voted down a measure aimed at rolling back qualified immunity for police officers.

The bill, which died twice in the House only to twice be revived days later, hit what appears to be a more permanent dead end in the Senate, where lawmakers from both parties worried about the unintended consequences of allowing more lawsuits alleging police misconduct to go to trial.

“It’s a big problem,” said Sen. Scott Surovell, D-Fairfax, who opposed the measure. “I want to do something about it.”

But he and other lawmakers from both parties said that as drafted, the legislation would open police officers to petty lawsuits that go beyond the police brutality and excessive force complaints they said they wanted to address.

The two Black senators who sit on the mostly White committee, along with the measure’s patron, Del. Jeff Bourne, D-Richmond, urged their colleagues to also consider the consequences of not advancing the legislation.

“I’m not the least bit torn,” said Sen. Louise Lucas, D-Portsmouth. “We have a movement behind us in terms of getting this qualified immunity bill passed. I’m not the least bit confident that if we put this bill off to another session … that there won’t be any number of Brown and Black people who will be killed by police officers by the time we come back.”

Sen. Jennifer McClellan, D-Richmond, recounted a police officer shoving a gun into her 77-year-old father’s back after a neighbor called the police on him while he was watering flowers outside her home.

Law enforcement agencies and police groups have expressed near unanimous opposition to any change in the current law, which was established in the court system through judicial rulings and sets a high threshold for which misconduct allegations against police are allowed to be heard by a judge or jury.

Democrats and Republicans on the committee said they wanted to eliminate roadblocks to lawsuits in cases of clear, intentional misconduct. But they said Bourne’s bill cast too wide a net and would open police to liability in cases where police were acting reasonably but made mistakes.

Lawmakers promised to study the issue and reconsider it in January when the General Assembly reconvenes for its regular session.

“I commend Del. Bourne on what he’s trying to do,” said Sen. Richard Stuart, R-Stafford. “But this is a really tough nut to crack.”

Bourne argued it wasn’t as complicated as his colleagues were making it out to be, noting that his bill would simply allow more cases to proceed to trial, allowing a judge or jury to render a verdict based on the specifics of each case.

“Let me just suggest to each and every member on this committee a tougher nut to crack: Trying to explain to your 8-year-old son why he needs to carry himself differently and why daddy might get nervous when a police officer pulls him over,” he said.