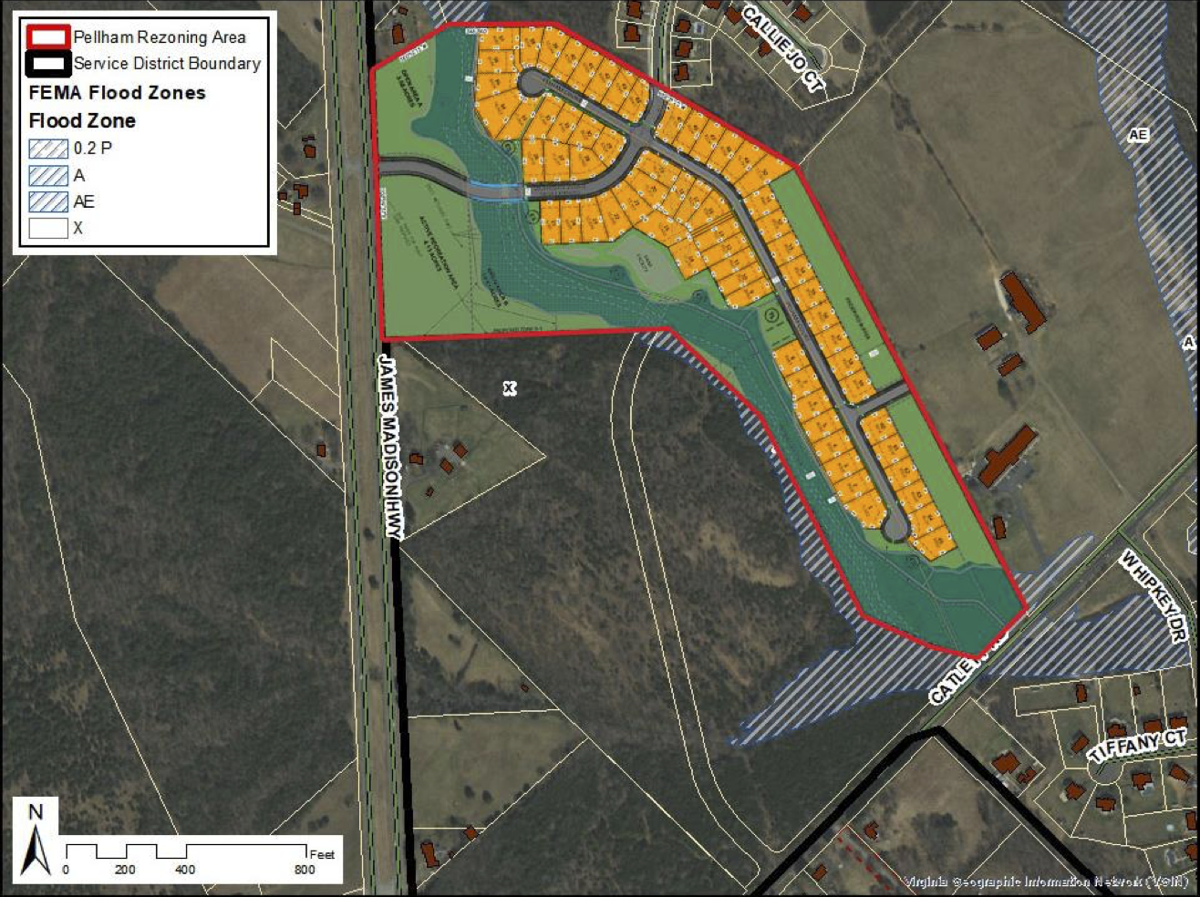 A map shows the proposed Pelham Village housing development near the intersection of U.S. 15/29 and Va. 28 in Bealeton. 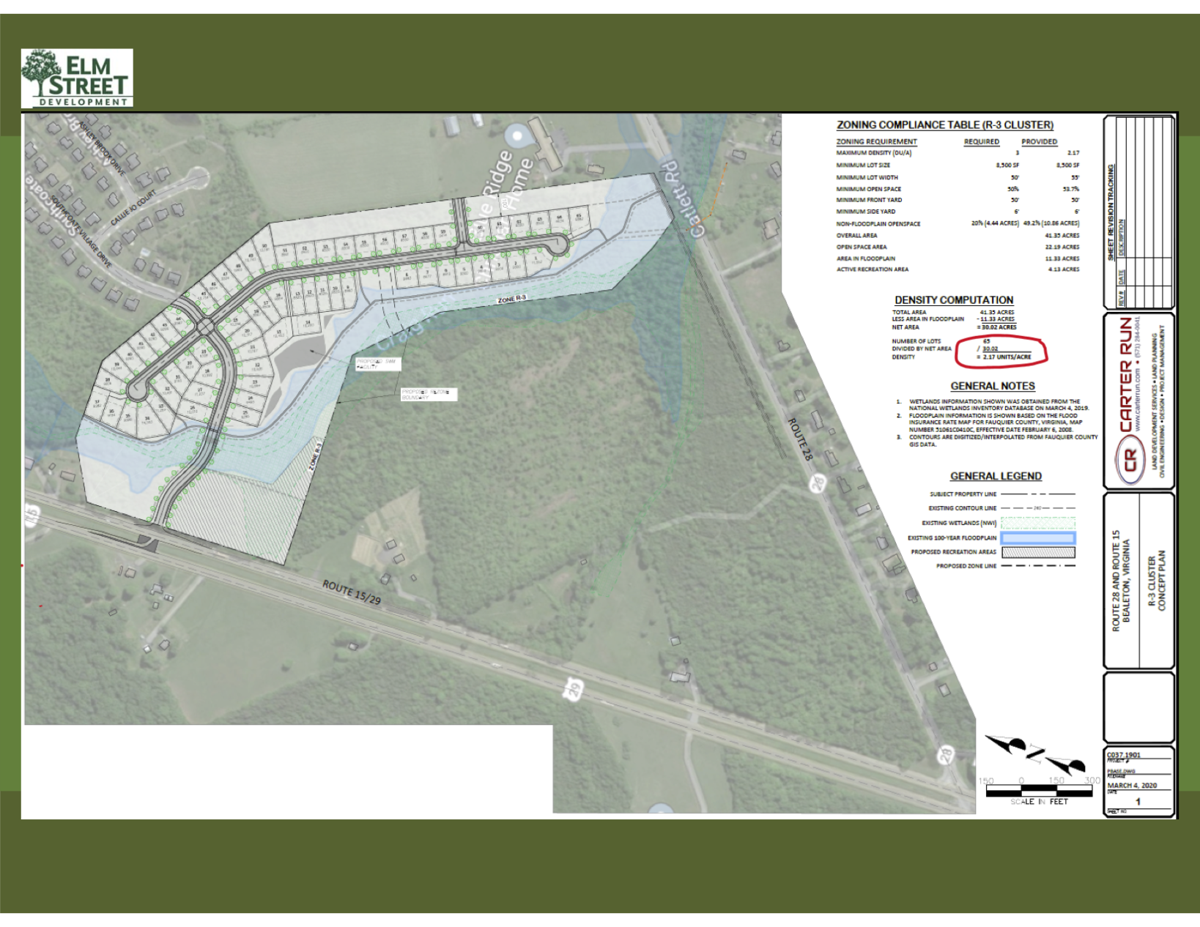 A map shows the extent of the proposed Pelham Village housing development in Bealeton. 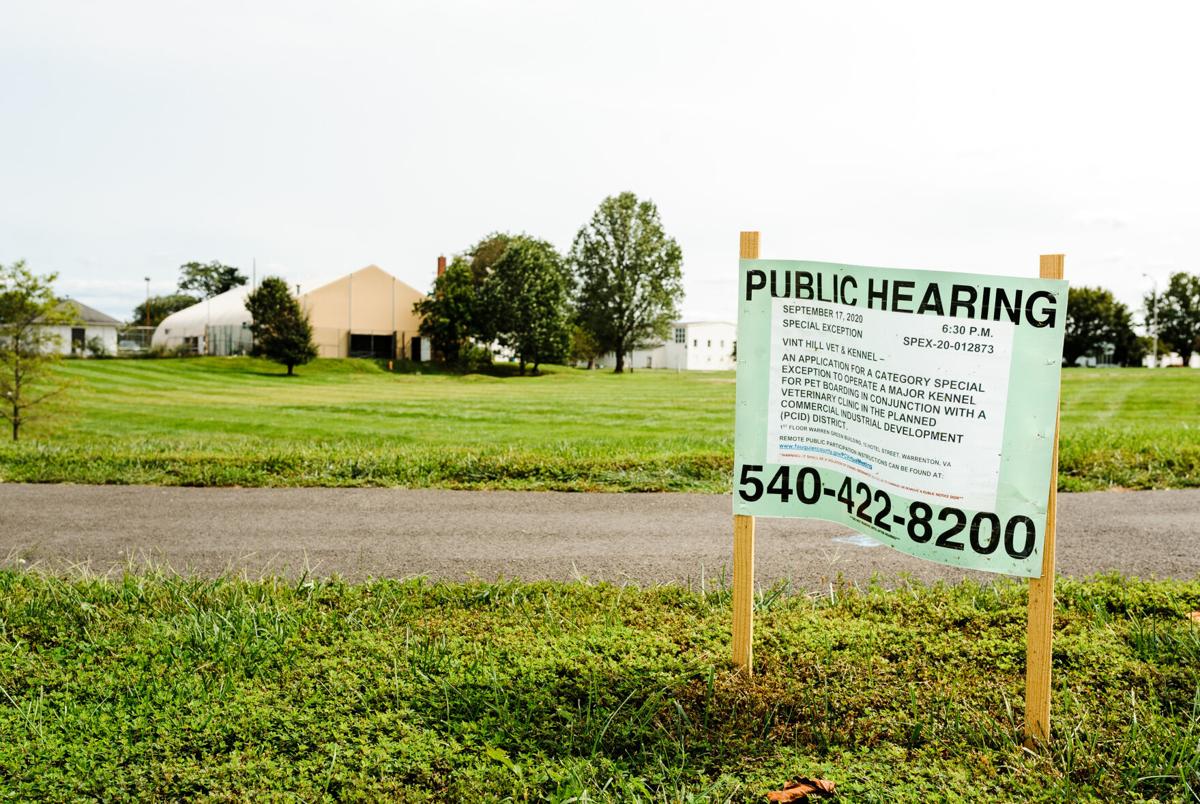 A sign informing Vint Hill residents of Thursday's public hearing stands in front of the land proposed for Willow Animal Hospital & Inn at the intersection of Vint Hill Parkway and Kennedy Road.

UDPATE: The Fauquier County Planning Commission Thursday night voted unanimously against recommending a proposal to rezone 41 acres in Bealeton for a 65-home development adjacent to the Southcoate Village development.

The developer’s attorney, John Foote, was the only speaker at a public hearing proceeding the vote. He acknowledged that the vote was likely to go against his client  -- “We’re not unwitting, we watched the agenda work session this morning” – but nonetheless laid out his argument why the land should be rezoned.

“This proposal is not nearly as bad or as harmful as you’ve been told it might be,” he concluded.

Although no one else spoke at the hearing, 12 written statements from residents and organizations opposed to the development were submitted to the commission before the meeting. Representatives of the Liberty Run Home Owners Associations, the Piedmont Environmental Council and Citizens for Fauquier County all submitted letters opposing the rezoning request.

Dr. Kent Smith, the veterinarian who would be the primary provider at the clinic, stressed during the public hearing that he worked closely with architects to minimize noise that would be emitted from the two-story building. The portion of the building that will house the boarding kennel will be underground, he said, and other “extensive” soundproofing measures have been incorporated into the design.

Three people during the public hearing expressed enthusiastic support for the proposal; no one spoke in opposition.

Tim Hoffman, a Vint Hill resident and the president of the Vint Hill Home Owners Association, said he has reached out extensively to residents and “received almost unanimous support for this project.” He also said that people who bring their pets to the nonprofit dog park across the street are “universally” supportive of the proposal.

Before the vote, Commission Chair Adrienne Garreau (Scott District), whose district includes Vint Hill, was enthusiastic about the animal clinic and boarding facility. “Generally speaking, I think this is something that will be a terrific addition to Vint Hill,” she said.

Wednesday, Sept. 16: A proposal to construct a 65-home development on 41 acres in Bealeton will go before the Fauquier County Planning Commission for a public hearing and vote Thursday evening. The proposed Pelham Village would occupy a strip of land between U.S. 15/29 and Va. 28 that borders in part the existing Southcoate Village housing development.

The report from Fauquier County community development staff members lists several concerns about the application, especially regarding the potential impact of the development on county government finances. Though the developer has disputed those concerns extensively, along with the methodology used in the report, the Piedmont Environmental Council and several local residents have come out against the project.

After another public hearing Thursday, planning commissioners will also consider an application for an indoor boarding kennel in Vint Hill which would be built and operated in conjunction with a veterinary clinic.

If approved, the Pelham Village development would contain 65 single-family detached homes on a 41-acre portion of an 80-acre. The land outside the 41-acre portion, some of which lies within a floodplain, may not contain residences. A 4-acre “active recreation area, several “exercise stations” and multiuse trails are also proposed. 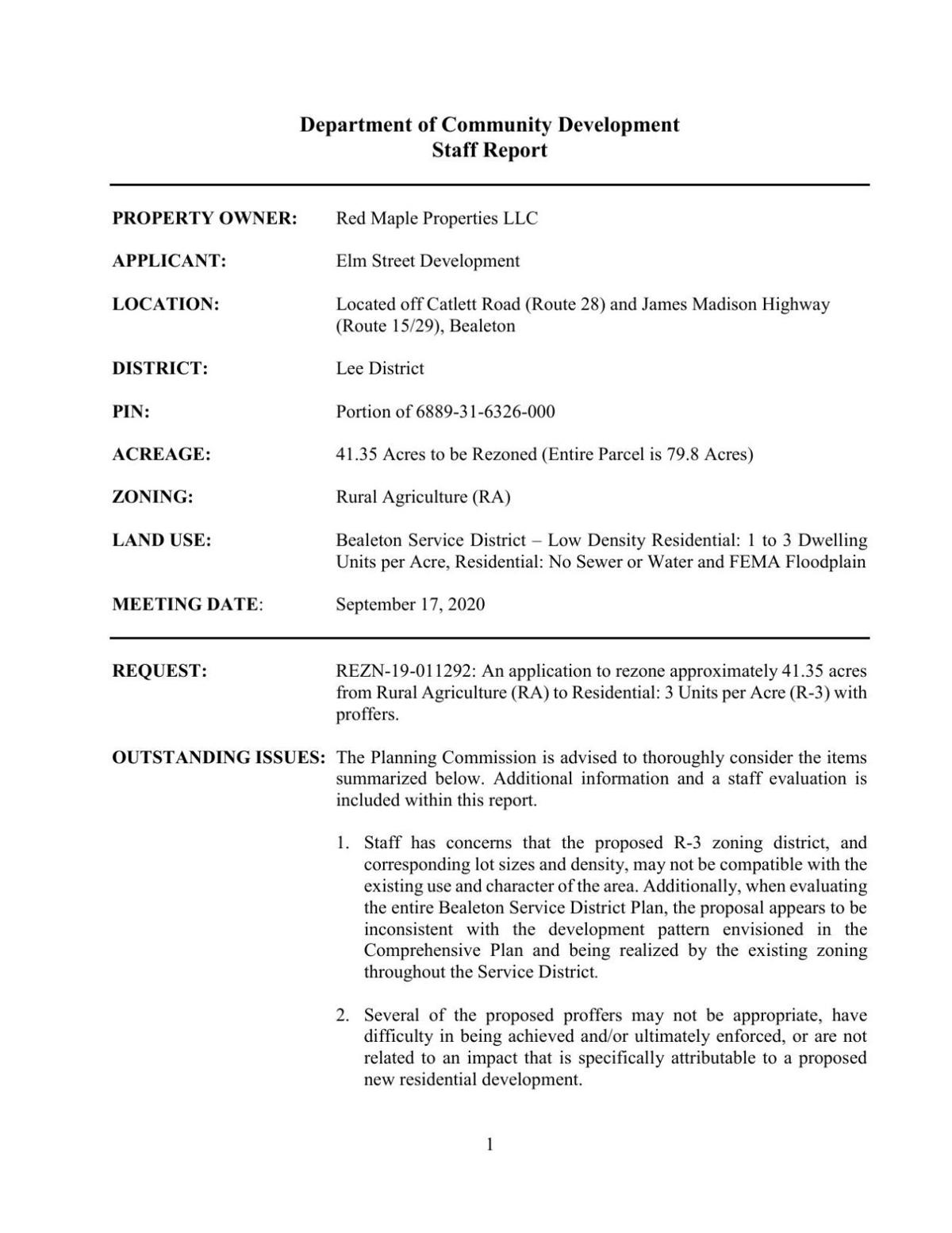 The staff report lists many concerns about the development’s potential financial impacts on the county government, though representatives of the developer, McLean-based Elm Street Development, have rebutted these concerns.

After members of the planning commission vote whether to recommend the land be rezoned, the board of supervisors has the final authority on whether the proposal moves ahead. The land proposed for the development is currently zoned “rural agricultural;” without rezoning, the 80-acre parcel could be subdivided into as many as five lots.

The staff report expresses skepticism of the proposal in several aspects. The development “may not be compatible with the existing use and character of the area,” the document says. “Additionally, when evaluating the entire Bealeton Service District Plan, the proposal appears to be inconsistent with the development pattern envisioned in the comprehensive plan and being realized by the existing zoning throughout the zoning district.”

The report also lists concerns about proffers -- these are essentially commitments developers make as concessions to a local government during rezoning negotiations -- stating, “Several of the proposed proffers may not be appropriate, have difficulty in being achieved and/or ultimately enforced.” 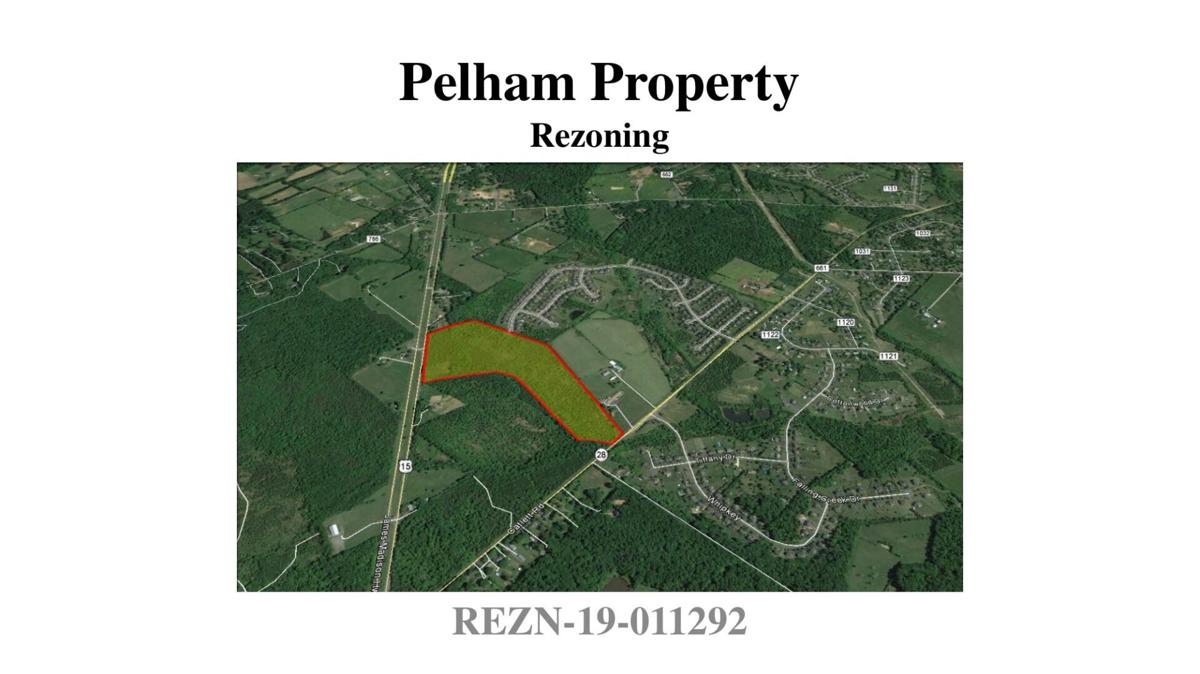 The issue of proffers is a contentious one, and there is a large gap between assessments of the county and the developer on potential financial impacts of the development on the county government. For instance, the developer has proposed contributing $3,608 to the parks and recreation department. In contrast, the county’s capital impact model – a separate model than the one used by the developer -- calculates the development will have an $86,848 impact on county resources.

Excluding transportation funds, the developer has proposed contributing $48,763 to the county government, with no proffers for school or law enforcement funding. The county’s impact model calculates at least $193,586 in capital impacts from the development in three categories.

The full capital costs arising from the development could total as much as $2.1 million, the county’s report says, mostly resulting from school division costs. The county report states that an estimated 47 students could enter the school system as a result of the development, resulting in more than $600,000 in annual operating costs. The development could also have an impact on school capital costs, the report says, like the expansion or renovation of existing schools or the construction of new ones. 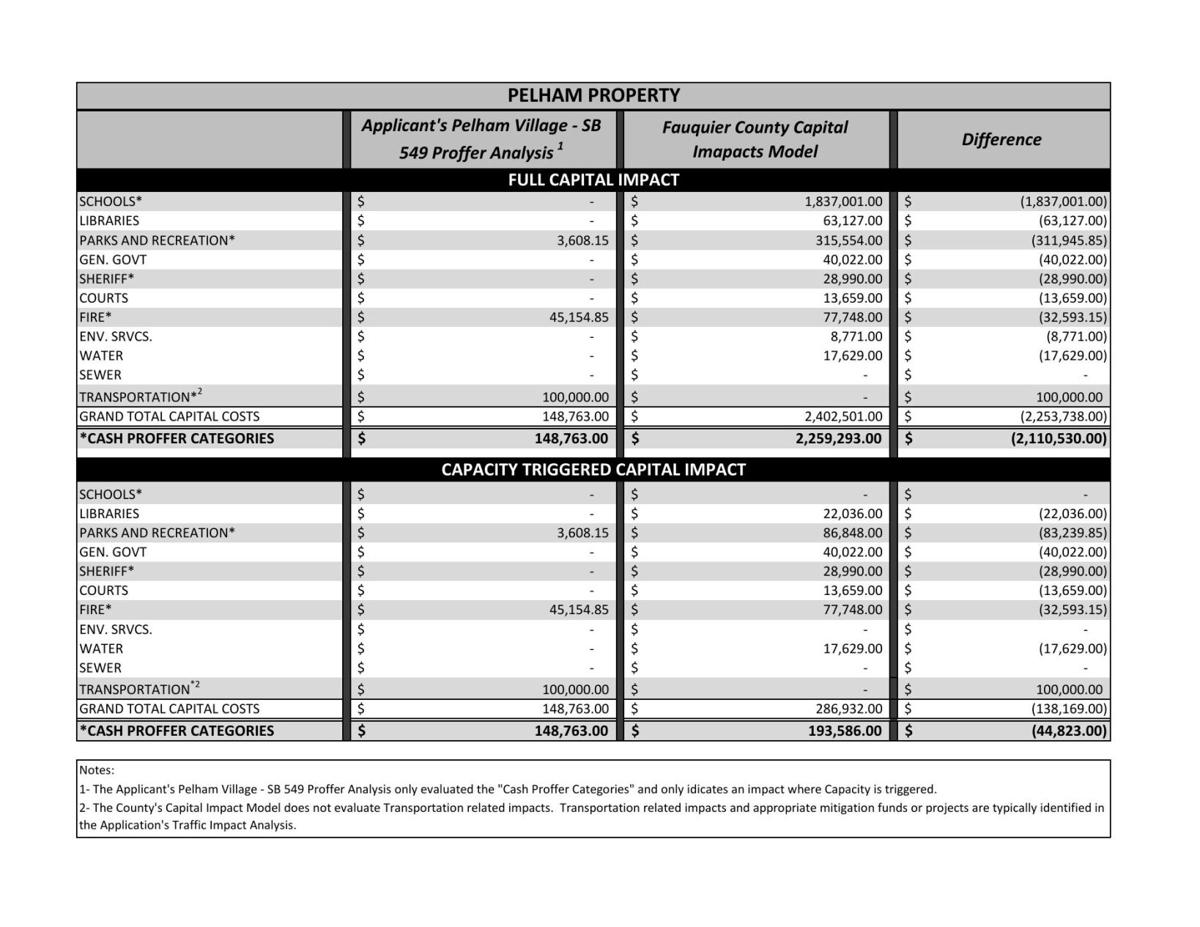 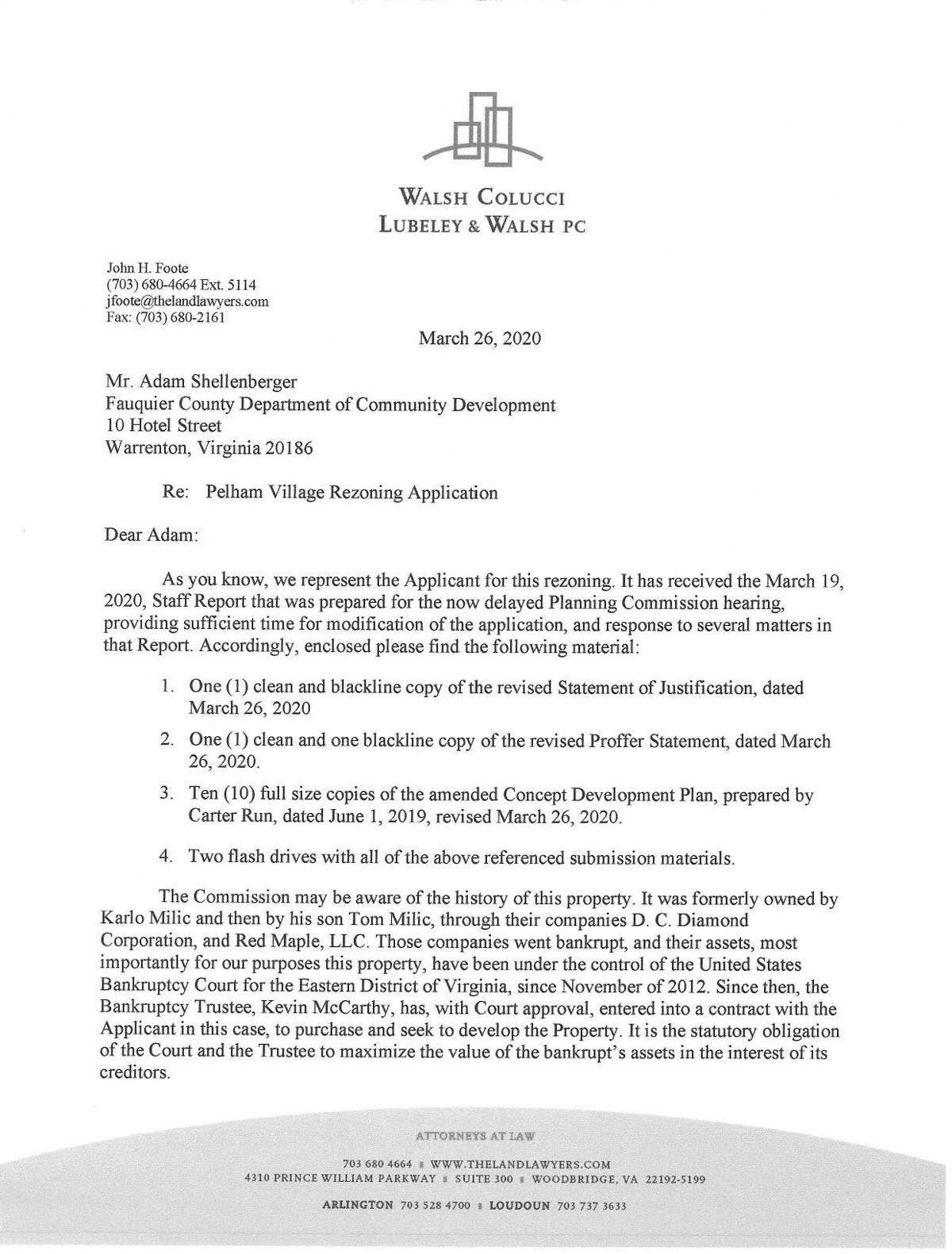 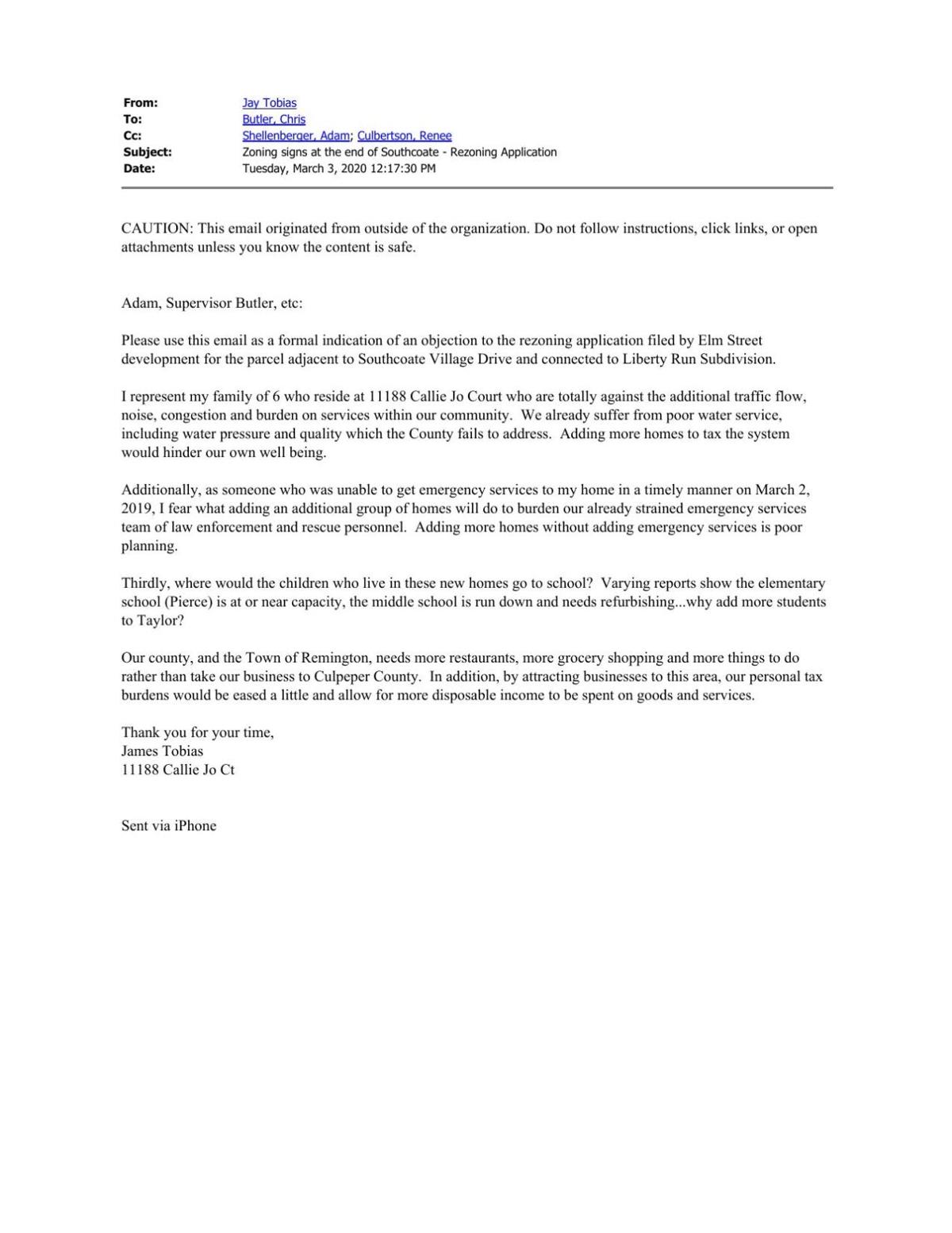 “Staff has concerns that there are capital impacts generated by this application that are not adequately mitigated,” another document from county staff said. “The county would need to address any unmitigated capital impacts in its budget process and/or consider appropriate reductions of level of service to make up the difference.”

Documents filed on behalf of the developer dispute the veracity of the capital impact formulas used by the county. “An extended discussion of the differences between the county’s capital modeling and that undertaken by the applicant would exhaust us all,” said a March 26 statement submitted on behalf of the developer by the Northern Virginia law firm Walsh, Colucci, Lubeley & Walsh. “In short, the county continues to model impacts that are not recognized by the General Assembly as appropriate because they are costs more appropriately borne by a locality’s general fund.”

The law firm’s response to the 25-page staff report is part of a detailed, line-by-line rebuttal to many comments contained in the staff report.

In addition to other proffers, the developer has proposed contributing $100,000 to the county government for improvements to U.S. 15/29. However, the staff report says, “staff has concerns over the appropriateness of this proffer” since, “it is unclear what impact this contribution is to address.” A staff presentation states simply, “No transportation mitigation needed, yet $100,000 contribution.” 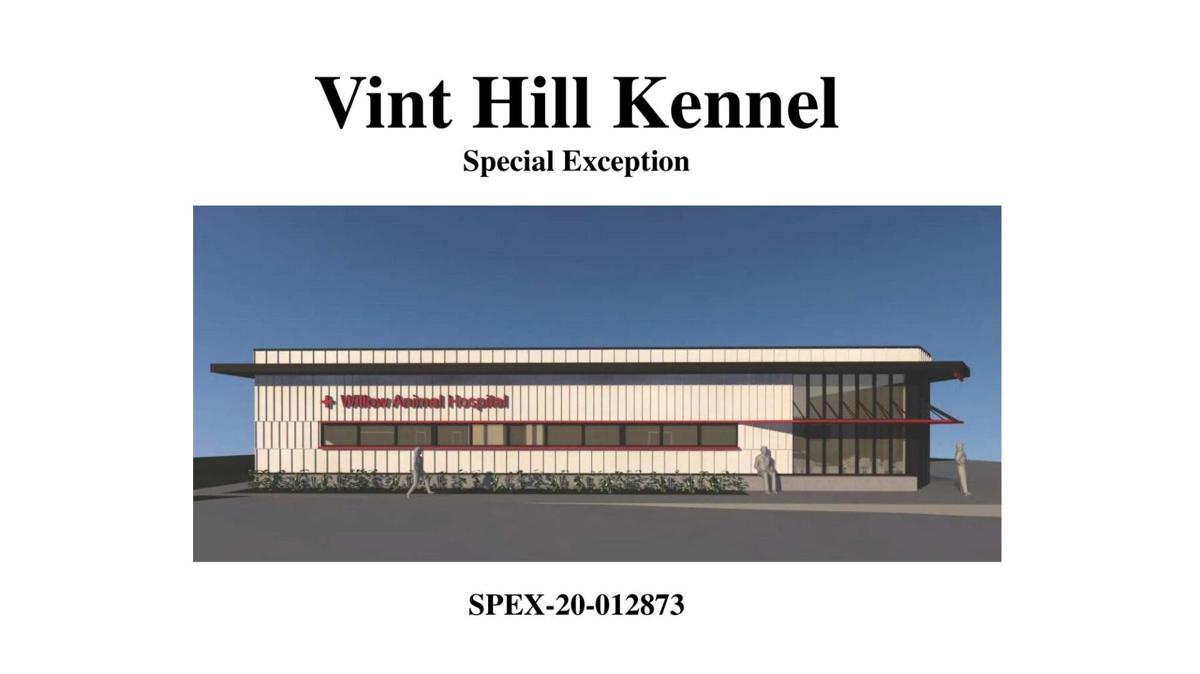 A two-story, 12,000-square-foot building is proposed in Vint Hill to house a veterinary clinic and boarding clinic, together called Willow Animal Hospital & Inn, according to documents submitted to the planning commission. The 0.9 acres of land at the corner of Vint Hill Parkway and Kennedy Drive is currently vacant.

The clinic is a by-right use of the land, which is zoned for “planned commercial industrial development,” meaning it does not need special approval from the county.

Two public comments supporting the proposal mention Dr. Kent Smith, a veterinarian at Maple Shade Animal Hospital in Dale City, as the person who would take the lead in establishing the new clinic and boarding kennel. When reached at the Maple Shade clinic Wednesday, Smith confirmed he would appear before the planning commission but declined to comment, explaining he wanted to respect the planning commission and its process.

Ken and Elizabeth Ellis, who operate a nonprofit dog park across the street from the proposed clinic and kennel, also submitted a written statement supporting the proposal. “We are constantly asked by the dog park users for vet and boarding recommendations,” the statement said. “Our users of the very busy dog park all support this approval.”

Vint Hill Village, the business entity that is the formal applicant for the special exception, is listed on the Fauquier Chamber of Commerce website as a real estate developer.