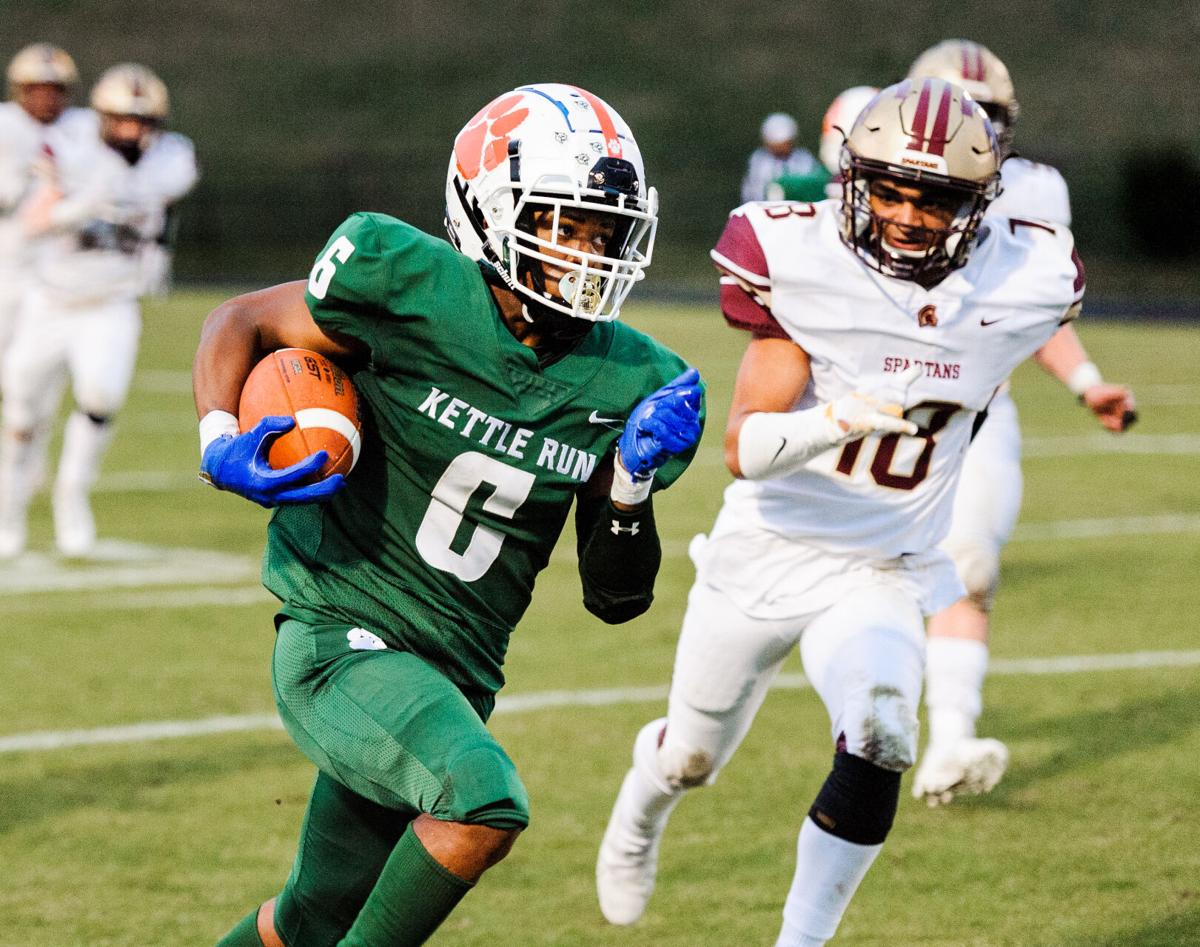 Ahmal Williams caught four passes for 128 yards and two touchdowns and added a 70-yard kickoff return TD, but it was not enough as the Cougars saw their brilliant season end at 5-1. 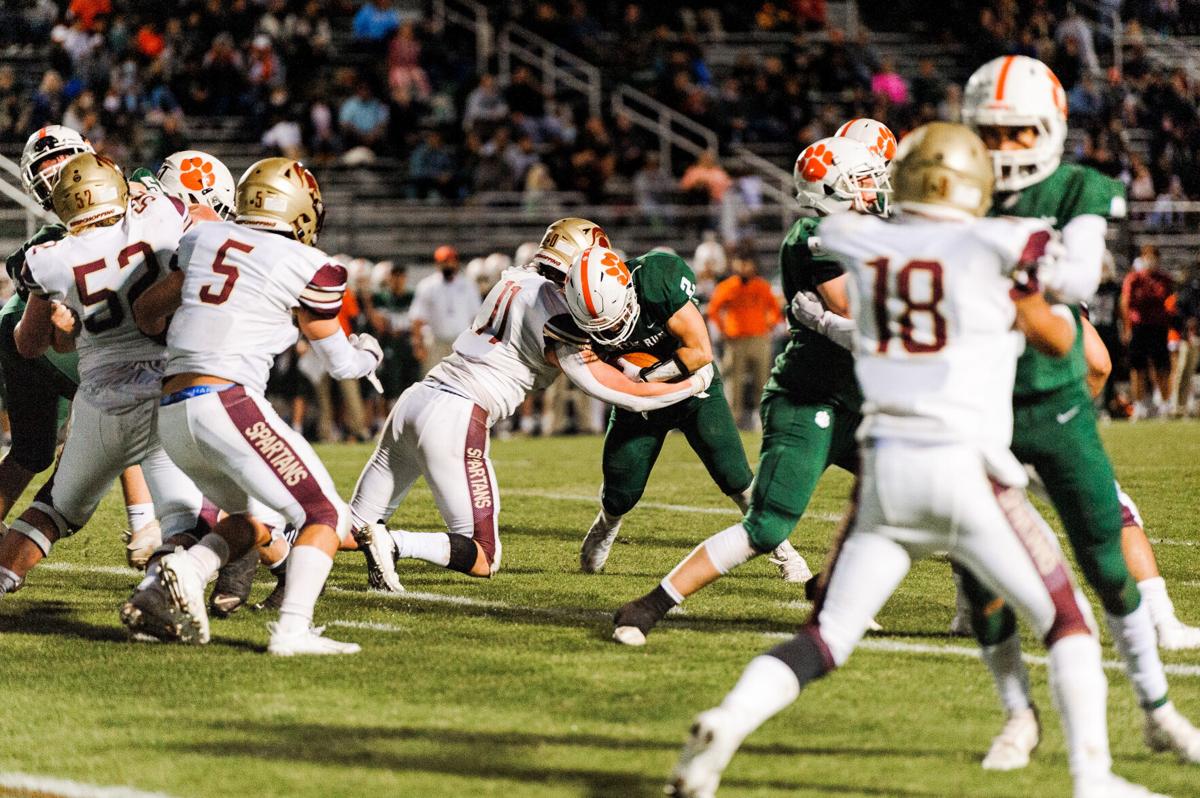 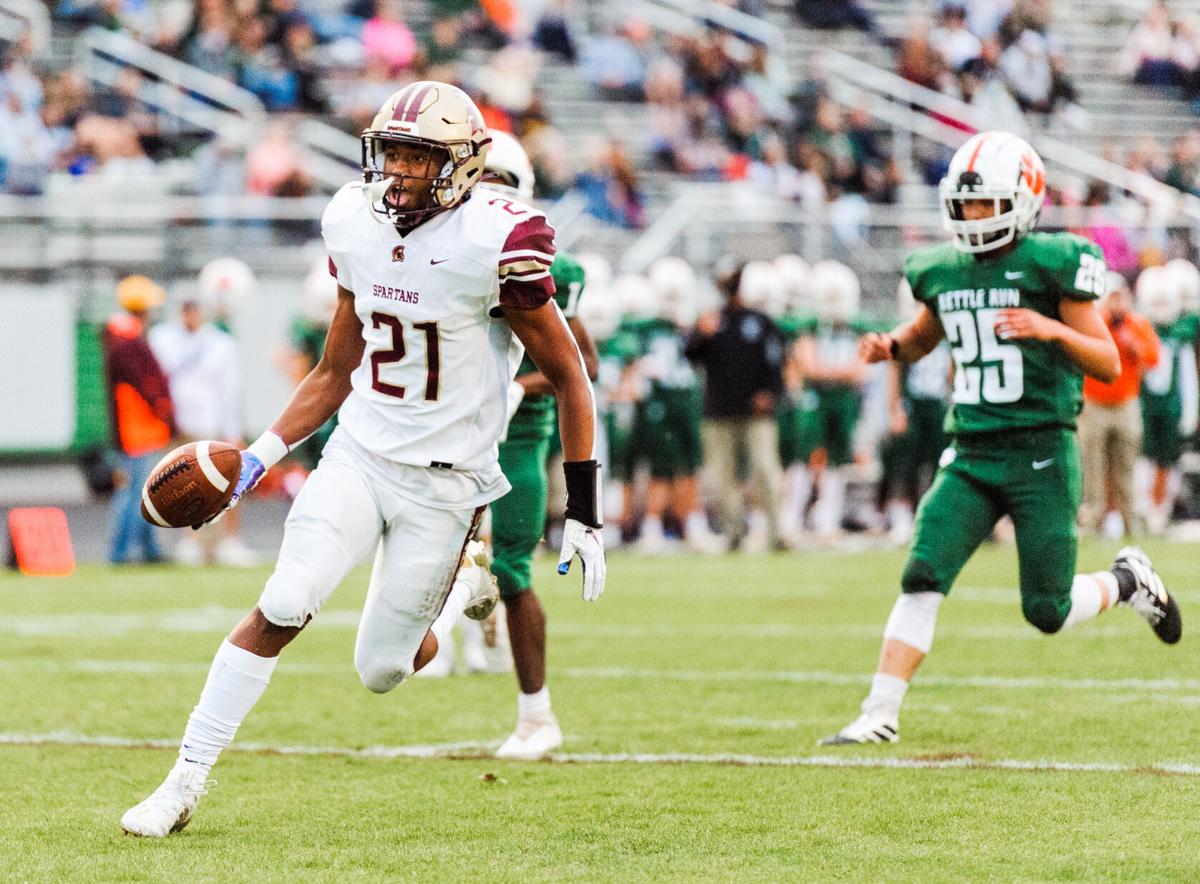 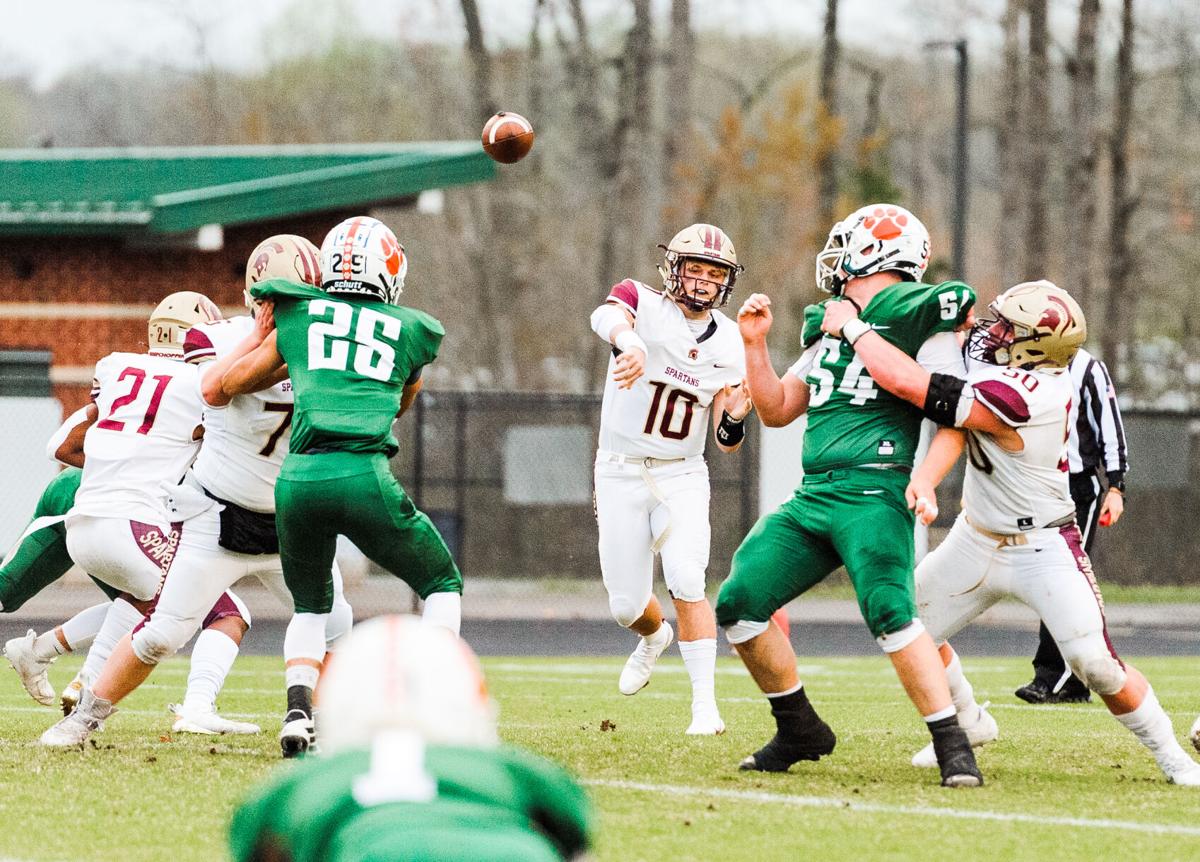 Ahmal Williams caught four passes for 128 yards and two touchdowns and added a 70-yard kickoff return TD, but it was not enough as the Cougars saw their brilliant season end at 5-1.

The Broad Run Spartans figured to be a tough playoff opponent. Kettle Run learned that up-close last Friday as they were outgunned 53-28 in the Class 4 Region B semifinals, ending their superb season at 5-1.

Broad Run (5-1) became the only team to frustrate Elijah Chumley and the Cougars’ lethal passing game this season, as they advanced to meet fellow Dulles District member Tuscarora in the region championship.

“Football is a game of inches. We missed some things we’re used to hitting. There were little things. A play here and there, or things where we were one block away,” said coach Charlie Porterfield. “While the outcome was not what we wanted we’re taking big positives from that

The offensive plays that worked all year weren’t as available, but Porterfield was upbeat after his seemingly underdog squad proved to be the best in the Northwestern District, finding their identity in the time of CVID.

“It was one of the most enjoyable years of football I’ve ever been around. It was a great year for us,” said Porterfield. “We take a lot out of this moving forward in our lives.”

Chumley faced pressure and strong defensive coverage, resulting in subpar 7-of-19 for 152 yards and two touchdowns.

“Elijah played as hard as he could. He put balls on the spot. He’s feeling OK. It’s unfortunate we were not able to play a full season. For him it was as good as senior year as he could ask for. He went out and performed like a Chumley,” said Porterfield, referring to brothers Casen and Gabe who were previous Cougar QB all-stars.

Often uncatchable in the open field, senior receiver Ahmal Williams was his usual lethal self with three TDs, two on catches of 62 and 60 yards and a 70-yard kickoff return score. Williams caught four passes for 128 yards.

“That was a great game for Ahmal and showed how talented he is,” said Portefield. “And (twin brother) Alden had a huge interception and big tackles. I’m pleased our seniors went out in a blaze of glory.”

After stopping Kettle Run’s first two possessions, Broad Run took a 7-0 lead on a 15-yard TD run by Kyle Davis with 3:13 left in the first quarter, and a 14-0 lead on a 19-yard TD pass from Kyle Griffis to Arnav Thornhill with 11:53 left in the second.

After falling behind 21-7, Jordan Tapscott’s spectacular interception set the Cougars up for points just before intermission, but a fourth down run failed at the Broad Run 3-yard line.

Kettle Run had slow first halfs against Fauquier and Liberty, only to accelerate in the second half. Unfortunately, the Cougars also got a slow start in the third quarter, fumbling two kickoffs and falling behind 37-7.

“We knew going into the season they would be a possible opponent. We knew how good they were. They played a sound football game. They took advantage of things in all three phases of the game,” said Porterfield of Broad Run’s second half explosion.

Broad Run took the second half kickoff and went 73 yards in seven plays, with Boakye Philip scoring on a seven-yard TD run, then adding a two-point conversion run to make it 29-7.

The Cougars fumbled a short kickoff, then went three-and-out on its next drive, leading to Philip’s 26-yard TD run and a 37-7 deficit with 17 seconds left in the third.

With a little over a quarter left in their season, the Cougars scored three more memorable touchdowns to salvage some satisfaction.

Ahmal Williams produced another highlight reel moment by taking a short kick return at the left side of the 30-yard line and working his way across the field to the right sideline for a 70-yard score.

Then, down 53-14, the Cougars brilliantly executed a “double pass” gadget play as Chumley dropped back, threw a bullet slightly backwards and behind the line to Robinson, who uncorked a sideline laser to Williams running free for a 60-yard TD.

Robinson came off the field jumpin with joy. “For J it’s a fun play to get to do. We threw them a bone. We made sure we called that for them,” said Porterfield.

The game’s final points came on Chumley’s 63-yard bomb to senior Hunter Mendel with 4:52 left. It was another feel-good moment for a senior who played mostly on special teams.

“Hunter missed some of the year with injury. We’re glad to be able to throw the ball to him. It was a great route and a great catch,” said Porterfield.

Then there was junior kicker Ella Slevin going 2-for-2 on extra points, adding to her legacy. She’s the county’s first girl to score varsity points in football and has now done it in a playoff game.

“We tried to get her in as much as we could. She was ‘Steady Eddie’ all year,” said Porterfield.

Although Chumley and the Williams’ brothers graduate, Tapscott and Robinson return with sophomore Peyton Mehaffey expected to take over as the No. 1 quarterback.

Porterfield noted the Cougars featured a lot of sophomores and juniors on the field. “We were young. We get into that game next year, it’s a different game,” he said confidently.