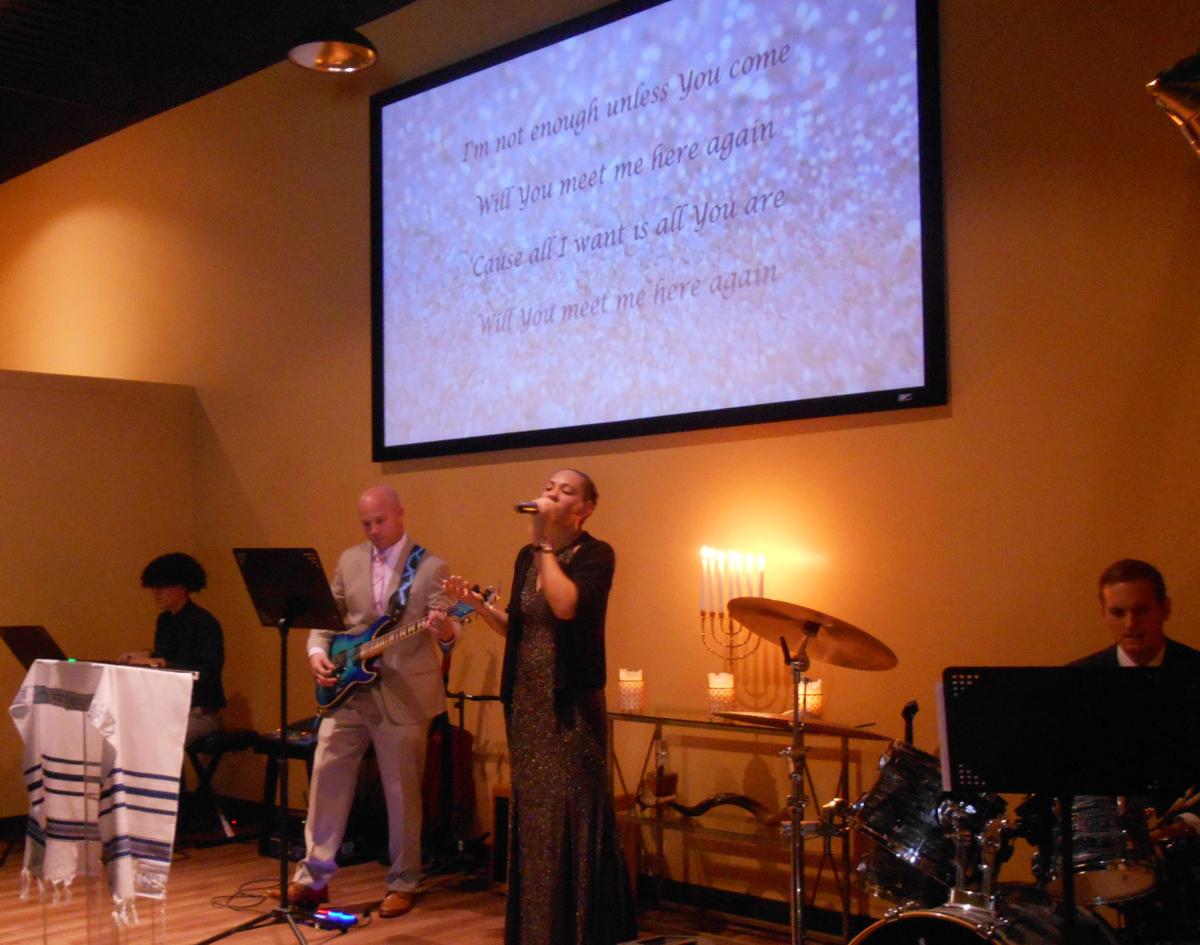 Elizabeth Hill sings during the music prelude to the pastor’s sermon at New Life in Christ Church. 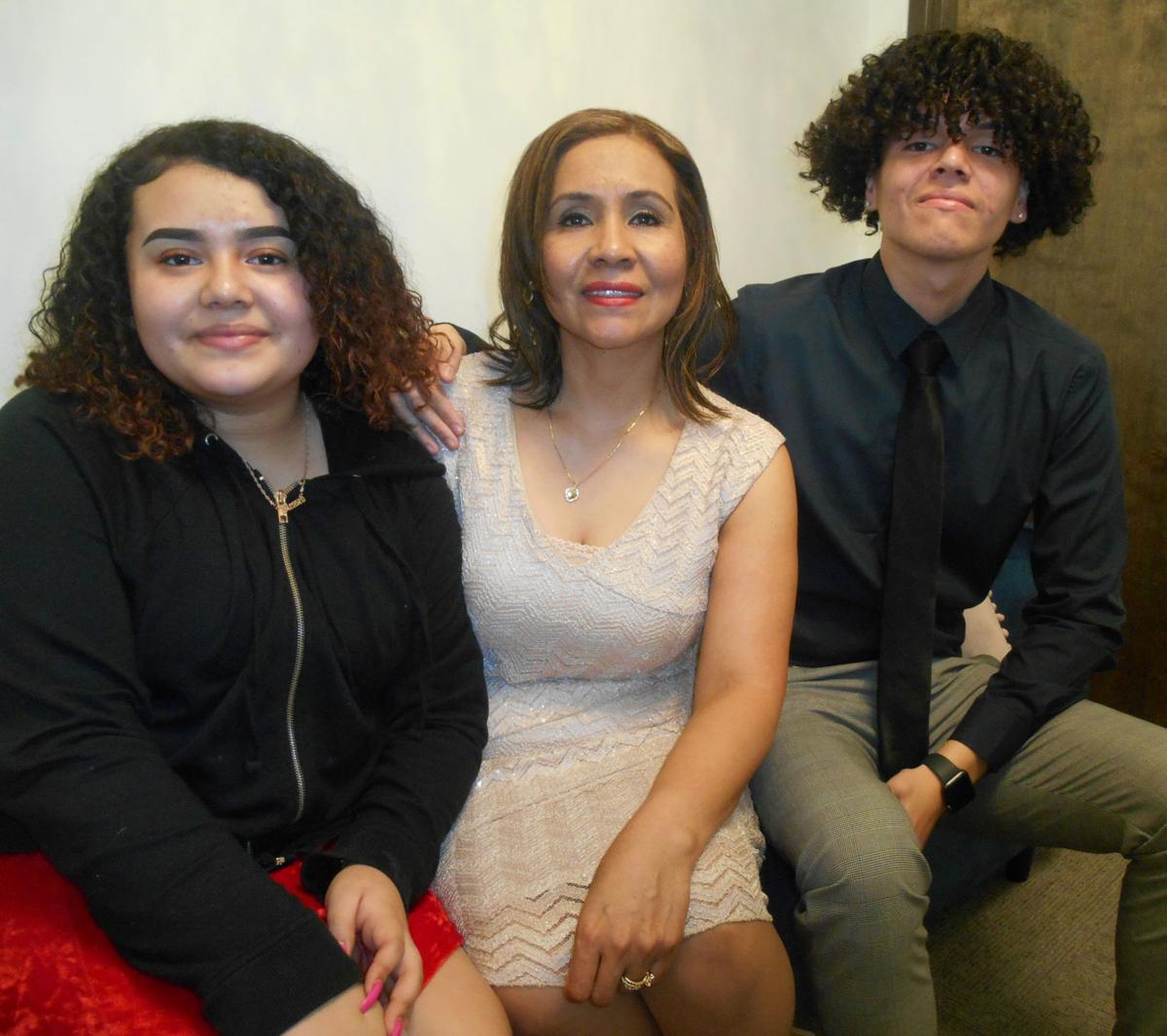 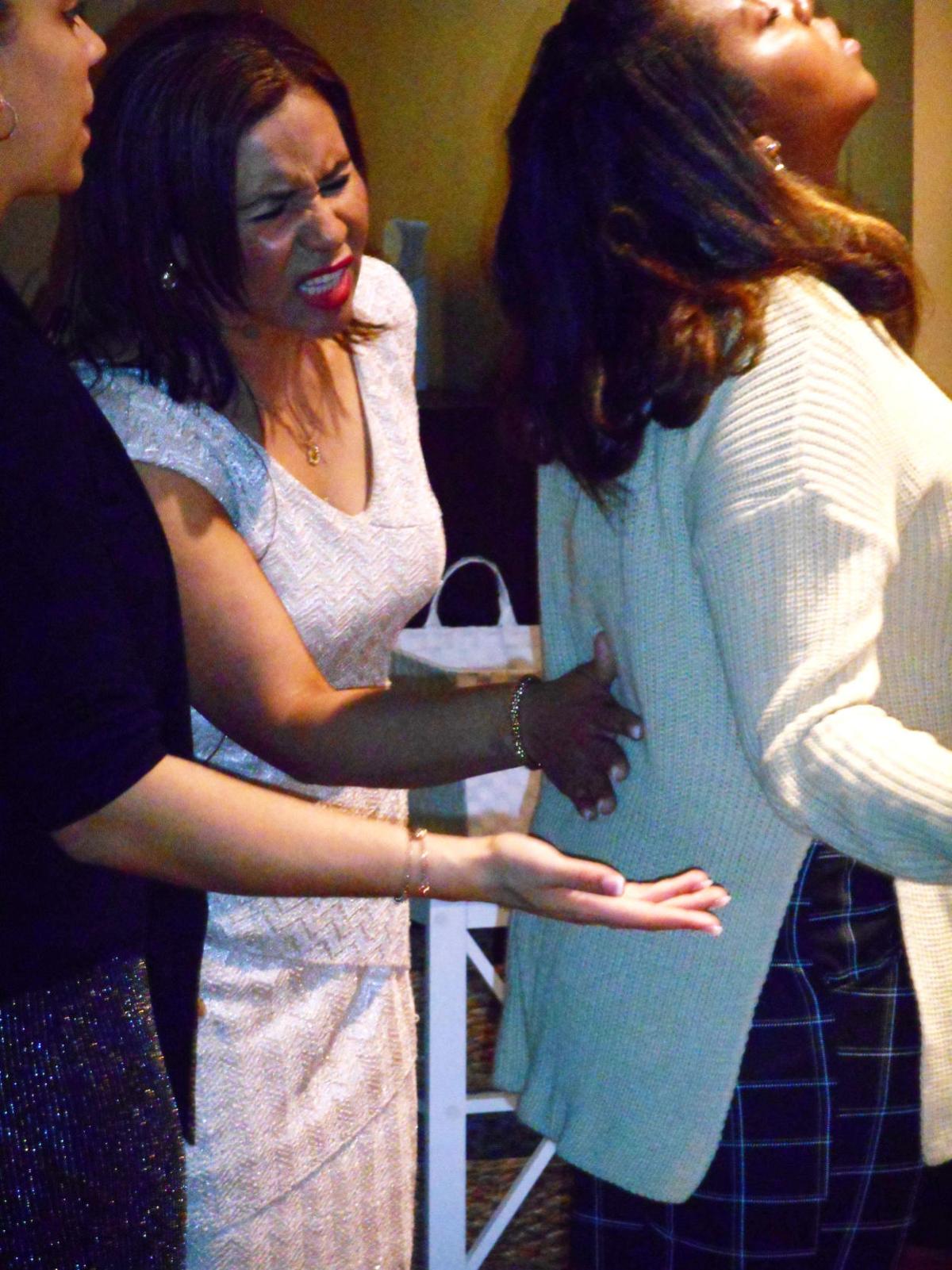 Pastor Gonzales puts her hand on the back of Eriana McCarley, right, who sought healing of her sore back during Sunday’s service at New Life in Christ Church.

Elizabeth Hill sings during the music prelude to the pastor’s sermon at New Life in Christ Church.

Pastor Gonzales puts her hand on the back of Eriana McCarley, right, who sought healing of her sore back during Sunday’s service at New Life in Christ Church.

New Life in Christ Church in Warrenton held an end-of-the-year celebration on Sunday, Dec. 29. It marked a year of progress for the church that three years ago began as an outgrowth of men’s and women’s prayer groups, then progressed to worship services in the home of a married couple and finally to rented space in the Warrenton Towne Centre this October.

About a dozen people showed up for the final service of 2019 on Sunday. Rows of long tables and chairs replaced the usual seating arrangements so that attendees could enjoy a buffet dinner and listen to musical and dance entertainment.

“What I Have, I Give You: In the Name of Jesus Christ Rise Up and Walk” was the message of the sermon delivered by Pastor Shirley Gonzales. She drew inspiration from the story of Peter healing a blind beggar, from Acts 3:1-8 of the Bible.

Afterward, Gonzales put her hand on congregant Eriana McCarley and prayed for her recovery. McCarley told the congregation that she works as a server in a restaurant and was experiencing back pain.

McCarley said later that she learned about the church through a roommate at George Mason University. She went to a service without having met the pastor, who perceived that something was wrong that day. “I came to a service, went up to the altar and the pastor asked me if I was depressed,” though they had not talked before, McCarley said.

Gonzales explained that New Life in Christ Church follows “the real Gospel,” which includes a belief in healing and miracles.

“Our goal is that it will always happen with faith and trust in the Lord,” Gonzales said about miracles. During the sermon, she said, “There is power in Jesus. We need that power of the Lord.”

Ryan Hill, an elder of the church, said that since prayers by church members and Gonzales’ intercession, his brother’s back pain is gone and he no longer needs a back brace.

“We were praying for him in the name of Jesus. Jesus tells us about the laying on of hands. He’s the great physician,” Hill said. “It’s our job to pray and believe. The Lord will do what the Lord will do. He knows what to heal.”

Hill said that he and his wife were members of Park Valley Church in Haymarket. They found something at New Life in Christ that they thought was lacking elsewhere.

“What I get here is the Holy Spirit. [Other churches] don’t speak about the Holy Spirit, it seems in my mind. It’s the gift He gave us. That’s what we need to fill us, to guide us,” Hill said.

Hill said he and his wife got to know Gonzales at Park Valley Church. One day, he said she told him, “The Lord spoke to me and said He doesn’t like your marriage bed.” Hill explained that “lust was my demon” and took the form of an addiction to pornography. “That needed to go, and my eyes were opened.”

Gonzales said the Holy Spirit directed the founding of the church.

“The Holy Spirit spoke to us. [The prayer group members] heard that they should form a church and [I] should lead it,” Gonzales said.

Gonzales is from Peru. She moved to the U.S. with her husband, David, and their son Stefano and daughter Dayanara. Stefano plays in the church band and her daughter is an active member, too.

New Life in Christ Church holds a Sunday service at 10 a.m. A prayer meeting is held from 8 to 10 p.m. each Friday. Child care is available for both the service and prayer meeting. There are family group meetings and separate ministry gatherings for children, middle and high schoolers and young adults.