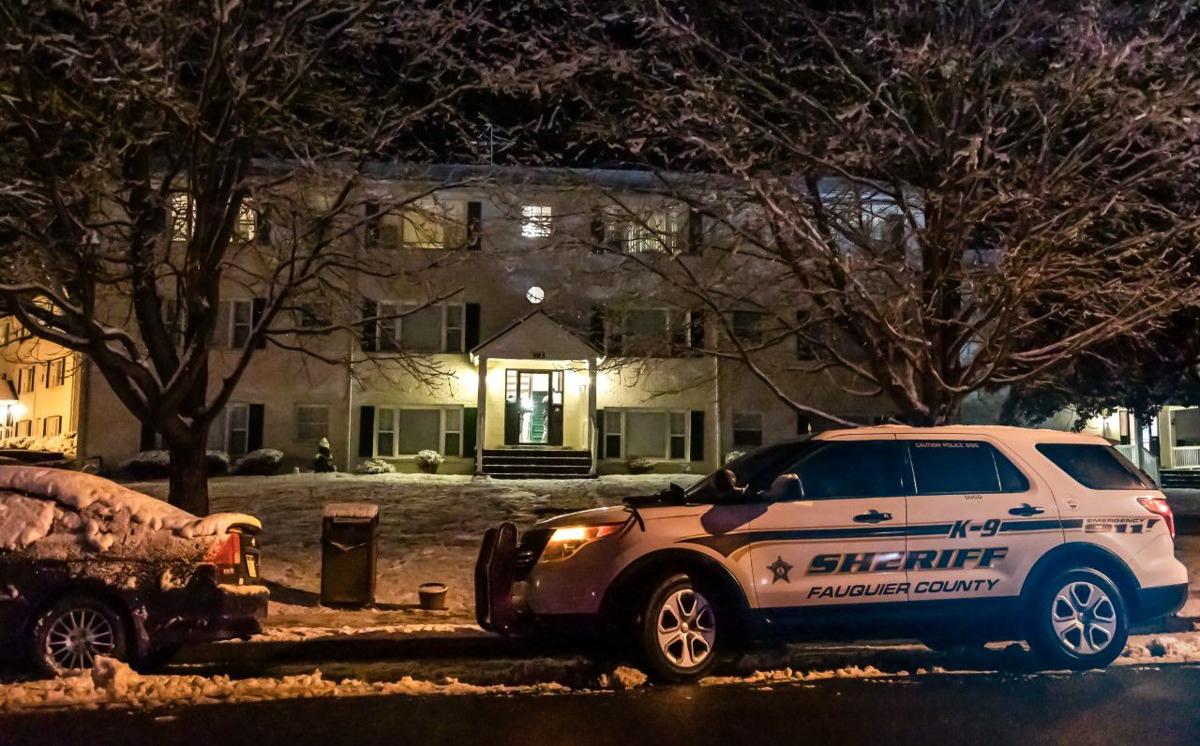 One man was killed and two others seriously injured in a shooting on Jackson Street in Warrenton Jan. 8. 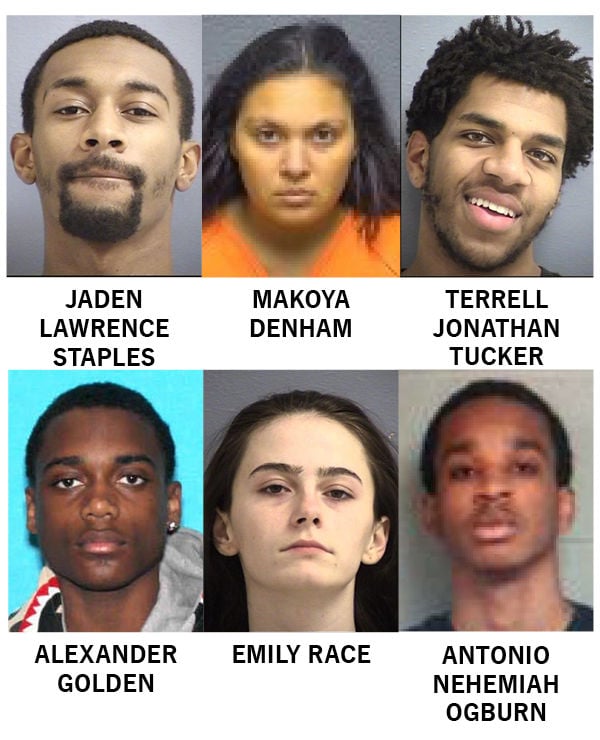 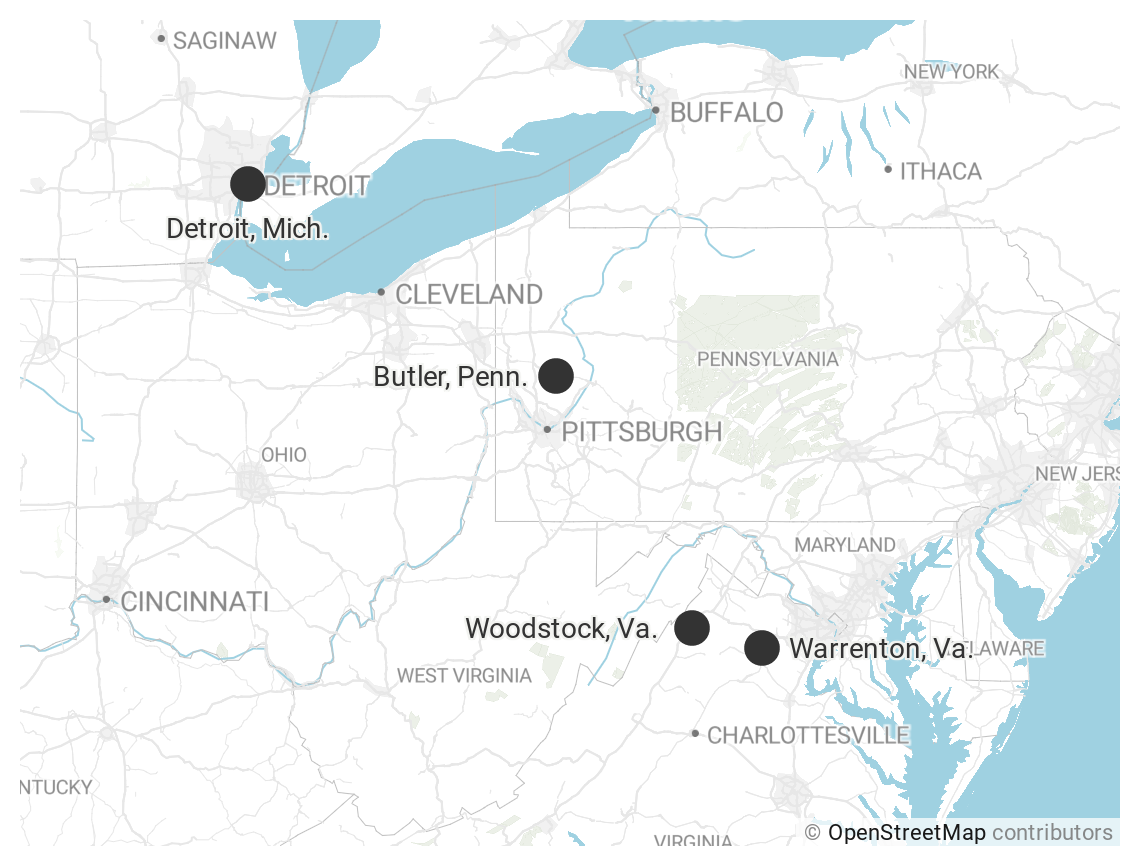 The Jan. 8 shooting that led to the death of one man, Fabian Sosa, 27, and severe injuries for two others was the result of a botched attempt to steal drugs and cash from the residents of an apartment on Warrenton’s Jackson Street, according to court documents filed with plea agreements last week.

One of those wounded was shot seven times. A third resident of the apartment was shot four times and arrived at the hospital barely alive, and is still recovering.

The new information comes from a 10-page proffer of facts filed in circuit court Oct. 8 and signed by each of four defendants who recently pleaded guilty to the murder. During their plea agreement hearings, all admitted that the information in the document was accurate.

The proffer of facts described how the paths of several Detroit-area residents crossed with that of Emily Race, 19, who is from Warrenton, in late 2019 and how they eventually conspired to rob the Warrenton residence.

In addition to Race, Antonio Ogburn, 18, Alexander Golden, 18, and Jaden Staples, 18, all of Detroit, each pleaded guilty Oct. 8 to first degree murder and conspiracy to commit robbery.

Additionally, Terrell Tucker, 20 of Detroit, and Makoya Denham, 21, of Oak Park, Mich., are each charged with being an accessory to homicide after the fact, but the court has not yet ruled on those cases.

Race had lived in the Jackson Street apartment for a short time in 2019 before moving to Woodstock, Virginia to live in a townhouse with five individuals who had just moved there from Detroit. A 17-year-old boy, also from Detroit, moved to the townhouse as well. Race eventually led three of her housemates -- co-conspirators Staples, Ogburn and Golden -- to the Warrenton apartment in the early morning hours of Jan. 8.

According to the proffer of facts, the plan to rob the Warrenton apartment was the culmination of months of frustration among the group about a lack of money – only one of the seven was employed. After moving in to the Woodstock townhouse, Race and the others almost immediately began to engage in petty larceny and credit card fraud.

Additionally, late last year they attacked two drug dealers in Woodstock, from whom they stole marijuana and two handguns – the guns that would ultimately be used in the Jan. 8 shooting in Warrenton.

‘Lack of household money began to cause frustration’

The events leading up to the Jan. 8 murder began in late October 2019, according to the proffer of facts.

It was then that Race moved into the Jackson Street apartment in Warrenton – she had been introduced to one of Fabian Sosa’s roommates through an ex-boyfriend. Race joined the three men living in the apartment; these men would eventually become the victims of the Jan. 8 shooting.

Race only lived in the Jackson Street apartment for about a month. During her stay, she saw Fabian Sosa’s two roommates in possession of illegal drugs and “significant amounts of cash,” the document said. These were the motivation for the Jan. 8 botched robbery.

In November 2019, Race briefly moved to Alexandria but soon had to leave the residence “because the owner’s girlfriend didn’t like him to have a female roommate.”

It was at this time that Race connected with Staples on social media and arranged to live with him and others in the Woodstock, Va. townhouse. Race had no prior connections to Staples or any of the individuals in Woodstock.

Staples had previously lived with Ogburn, Golden, Tucker and Denham in Detroit. The four men relocated to the Woodstock townhouse at the end of October 2019. (Tucker had at one point had a scholarship to play basketball at Massanutten Military Academy in Woodstock and his mother had previously rented the same townhouse for him.)

Denham joined the four men in Woodstock in December, with Race moving to the Woodstock townhouse about the same time. A seventh individual from Detroit, who was 17 at the time and is not charged in connection with the Jan. 8 murder, also came to live with the group in Woodstock.

Besides Tucker, who worked for Pizza Hut, none in the group was employed and the “lack of household money began to cause frustration and division among the occupants,” the proffer of facts said.

In December 2019, the group living in the Woodstock townhouse set up a marijuana purchase; when the group and the two dealers met, “the occupants of the house attacked the two drug dealers and robbed them of the marijuana and two loaded 9mm semiautomatic pistols.” About a week later, Tucker tried unsuccessfully to sell the two handguns on Instagram, the proffer of facts said.

During December 2019, Race “repeatedly” told the group about her former roommates in Warrenton and their regular possession of cash and drugs. Eventually, the plot to rob the Jackson Street apartment coalesced the evening of Jan. 7 when Race, Ogburn and Staples met in a Woodstock fast food restaurant to discuss the plan. They returned to their townhouse about 10 p.m., where Race informed the other housemates of the plan.

Staples still had one of the handguns that had been stolen the month before, and Tucker gave Ogburn the other gun, the proffer of facts said. Golden said he would help rob the Warrenton apartment and brought with him a pellet gun that looked like a firearm.

Race sent a message to one of the men in the Warrenton apartment about this time, telling him she wanted to “hang out.” She tried and failed to find an Uber driver to drive the conspirators to Warrenton. The group then offered to pay Tucker to drive them, but he refused.

Eventually, about 11:30 p.m., Race contacted a Luray man she had met on Tinder. (This man is not charged with a crime.) She told him she needed to go to Warrenton to move her things from an apartment and that her friends would come with her to help.

The he and Race had never met in person, the Luray man agreed to drive the group to Warrenton, and he arrived in Woodstock about 2 a.m. Jan. 8 to pick them up. They arrived at the Jackson Street apartment complex about 3:30 a.m.

The three men entered the apartment; Staples confronted one man in the living room and Staples and Golden entered the bedrooms where the other occupants were sleeping.

In the living room, Staples demanded drugs and money from the one man, shooting him when he refused. Injured, the man retreated to the kitchen as Staples continued to shoot at him, hitting him several times and also hitting Race in the finger with a stray bullet. The man who had been shot told Staples where his wallet was, which Staples then took, according to the proffer of facts.

Meanwhile, Ogburn heard the gunshots and shot the sleeping Fabian Sosa twice in the back; Fabian Sosa died sometime in the next few minutes.

In another bedroom, Golden – who was armed only with a pellet gun – demanded drugs and cash from the third occupant of the apartment but the confrontation led to a physical altercation that eventually spilled out into a hallway. Ogburn and Staples then fired at the third apartment resident, hitting him several times. Golden was also shot accidentally in the arm during the struggle.

Later, investigators would find a total of 14 9mm shell casings at the scene.

Race left the apartment first, followed by Ogburn and Staples – who fired additional shots at the two seriously injured men on the way out – and Golden. The Luray man then drove the four to Woodstock.

The Luray man dropped off Race, Staples, Ogburn and Golden in Woodstock about 5 a.m. on Jan. 8. Tucker then drove Race, Staples and Denham to a Winchester hospital about an hour later, the proffer of facts said, leaving Race and Denham at the hospital.

Race, who told a cover story to hospital staff and police officers about her finger wound, was soon transferred to a hospital in Baltimore. Tucker allegedly drove Staples, Golden, Ogburn and the townhome’s juvenile resident to Detroit, where Golden was taken to a hospital; the guns used in the Jan. 8 shooting were offloaded “to an unknown third party to sell in Detroit.”

The next day, Jan. 9, Race took an Uber from Baltimore to Woodstock. On Jan. 10 Woodstock police officers – acting on a search warrant obtained for the 2019 credit card fraud case – arrived at the townhouse.

“Denham and Race were both found inside with their bags packed and the lights off,” the proffer of facts said. Though Denham was arrested for allegedly giving a false identity to Winchester police the day before, Race was allowed to leave the townhouse after being interviewed by Warrenton police officers.

Meanwhile, Tucker and Staples had driven from Detroit back to Woodstock to pick up Denham and Race. Upon arriving in Woodstock, they turned around and drove back to Detroit after seeing the police presence at the townhouse.

After leaving the mall, their car was stopped by a police officer for a traffic violation and the three were arrested for possession of marijuana. On Jan. 13, Denham and Race were charged in connection with the murder. The next day, Staples and Tucker were charged.

This report has been updated to include the plea agreement of Antonio Ogburn.

Sentencing for Golden will take place on Feb. 2 at 10 a.m. His attorney, Marc Williams, said he was going to arrange for a psychological evaluation of his client before sentencing.

Race will appear in Fauquier Circuit Court for sentencing on Feb. 2 at 1 p.m.

The sentencing hearing for Staples will take place Feb. 16 at 10 a.m.

Sentencing guidelines for the murder charge require 20 years to life in prison; the conspiracy to commit robbery charge guidelines indicate a sentence of one to 10 years in prison, or up to 12 months in prison and/or a $2,500 fine, depending on the judge’s discretion.