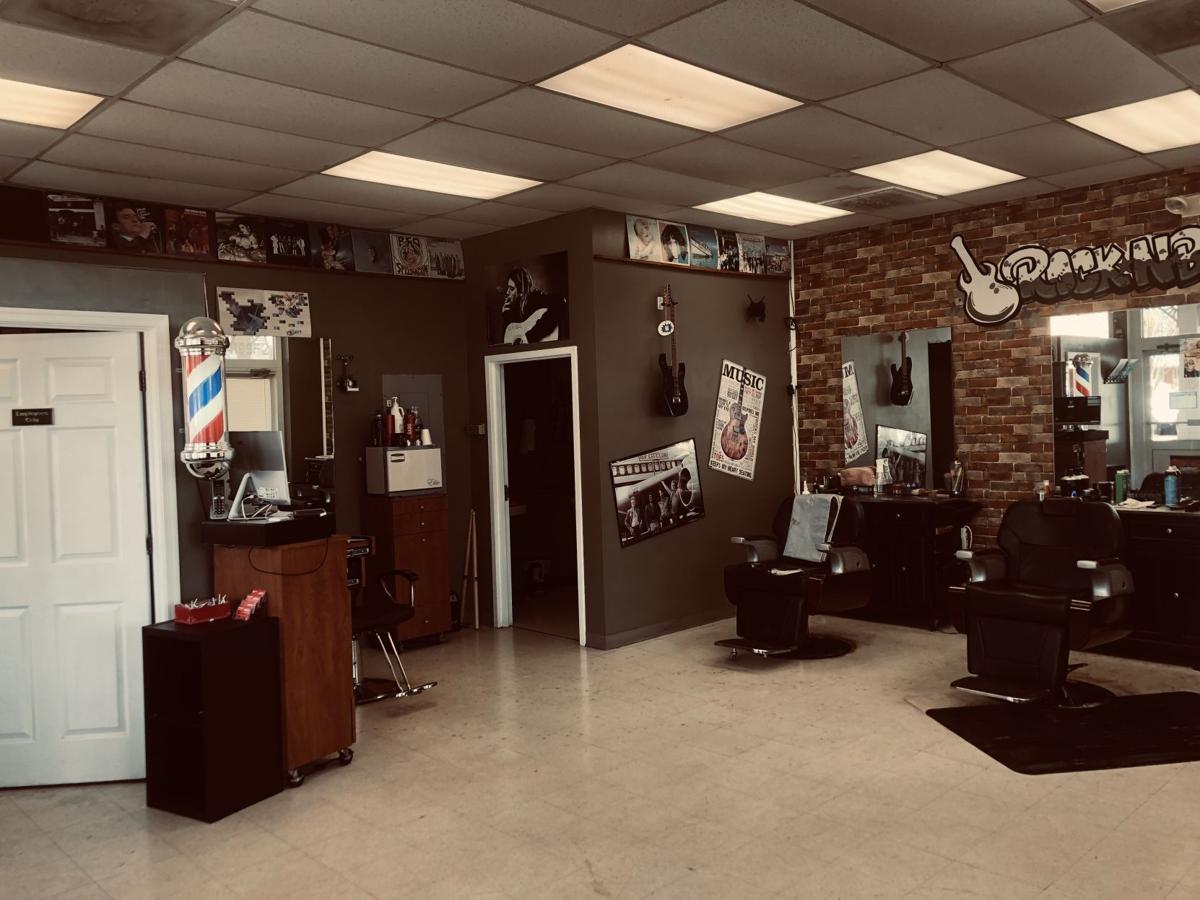 The interior at Rock-N-Barbers is comfortable combining a good haircut with good music. 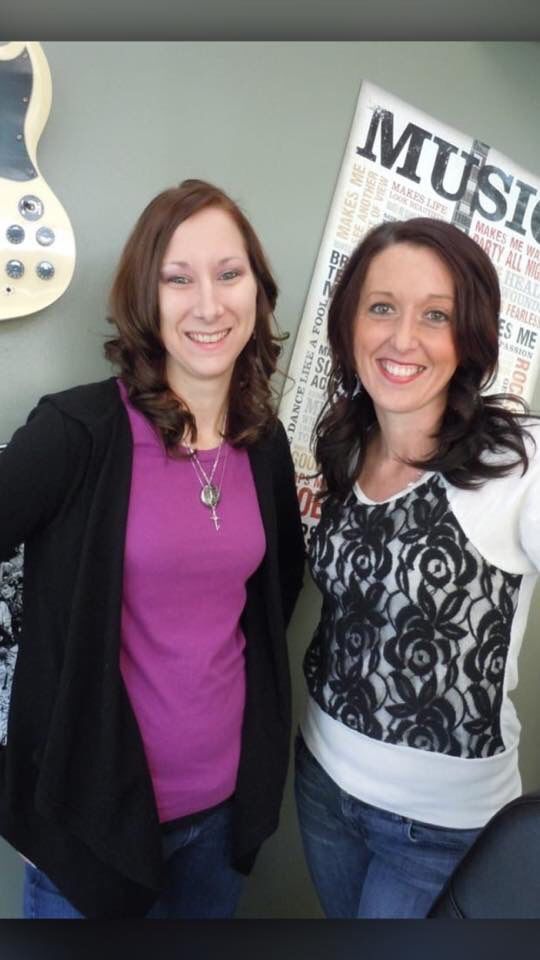 Brandy Fox and owner Kristy Haase cater to a faithful following at Rock-N-Barbers.

It’s tough to say when it began, perhaps in the 1970s. Its progression grew quietly. Then, one day the American male arose from his hirsute slumber and realized most traditional barber shops had morphed into hair salons.

Guys had lost another battle to the increasing influence of the gentler persuasion.

But still. There is something nostalgic about guys chatting away among themselves as their locks are shorn. To their benefit, there is a shop reviving the old-time haircut, but with a modern twist.

“I started cutting hair at a salon near Akron, Ohio back in 2001. I don’t know why, but I picked up a really strong male following. I enjoy cutting men’s hair. I don’t like coloring, permanents and all that,” said Kristy Haase, owner of Rock-N-Barbers in the Marshall Center in Marshall.

“I always thought it would be neat to combine the best of a hairstylist and a barber.”

But the idea had to incubate for a few years. In the interim, Haase moved to D.C. and cut hair at a high-end male-only hair salon. “They offered a full spa with massages and adult beverages. It was very much what I wanted to do and I spent several years researching the idea without success,” she said.

But there is more than one way to trim a head. Haase took a modified approach to her barbershop dream when she moved to Front Royal seven years ago.

Realizing a full-blown shop (pun intended) would take considerable financial investment,  Haase elected to start where everything does: at the beginning.

“I said, ‘You know, I’m just gonna start small. I don’t have all this money to get a huge, fancy place with fancy chairs so I’m just going to start somewhere.’ I knew had the experience and talent and there was no one that could do what I could do.”

Confidence is what someone is looking for when they make a decision to place their hair in scissor-powered hands. It’s also why Haase’s shop has been a success from the first hairs that hit the floor.

What she has created is a traditional barbershop, catering to men but also serving women. “About 90 percent of my customers are guys. But the men will tell their wives what we do. When the women come in, they don’t see old barbers in overalls cutting hair,” she said laughing.

What they do see is a shop staffed with experienced women hair stylists who know hair from the roots up. At any given time, you’ll see Haase and one or two of her staff of four cutting or shaving while chatting away with their clients. Rock music plays in the background and friendly banter echoes around the shop.

“I wanted a shop that was modern, but with a relaxed atmosphere. That’s why I went with a rock music theme. I’m originally from Cleveland, which is the home of rock and roll and I just thought it was a cool idea,” to create a shop called Rock-N’-Barbers.

In addition to custom haircuts, the guys get to choose their favorite rock genre if they like. Amazon’s Alexa stands at the ready to play classic rock or whatever generation of rock is desired.

“There might be Pink Floyd or Guns N Roses playing, but a customer can ask Alexa what they want to hear,” said Haase.

There are a lot of businessmen and farmers who frequent the shop along with high schoolers, reflecting the demographics of a rural location. And the dream of serving adult refreshments has been put on hold for now. Instead, there is a Keurig machine at the ready, serving coffee, tea or hot chocolate.

All of the stylists are adept at razor, scissor and clipper work, “We even have one girl who specializes in ethnic hair. Tell us exactly what you want, and we will custom cut your hair. And that includes hot lather shaves if you want one.”

In addition to traditional haircuts, the shop specializes in cutting and sculpting beards. “Beards are definitely popular right now. They’re more like design beards where the beard is faded or tapered to what’s called ‘skin fade.’  They can take as long as a haircut to do,” Haase said.

Men’s haircuts cost $17 and women’s go for $20 to $25. When asked if men silently endure their cuts, Haase says, “The guys are probably as chatty as the gals, but you do find some who just want to take a nap.”

Plans for the ultimate spa barbershop are on hold for now. “Someday I’m hoping I’ll be able to get a bigger place and have tanning beds and massages, but I don’t know how far in the future that is.

“For sure we won’t leave Marshall. I just signed another five-year lease on this place,” Haase said.

The shop is open seven days a week and serves about 30 customers a day. It takes about 15 to 20 minutes to score a typical cut. Wait times can range from a few minutes up to 30 depending on the time of day. However, reservations are accepted, and online booking is available from the shop’s website.

For a full description of the shop’s services and personal profiles of Haase and her four stylists visit www.rock-n-barbers.com