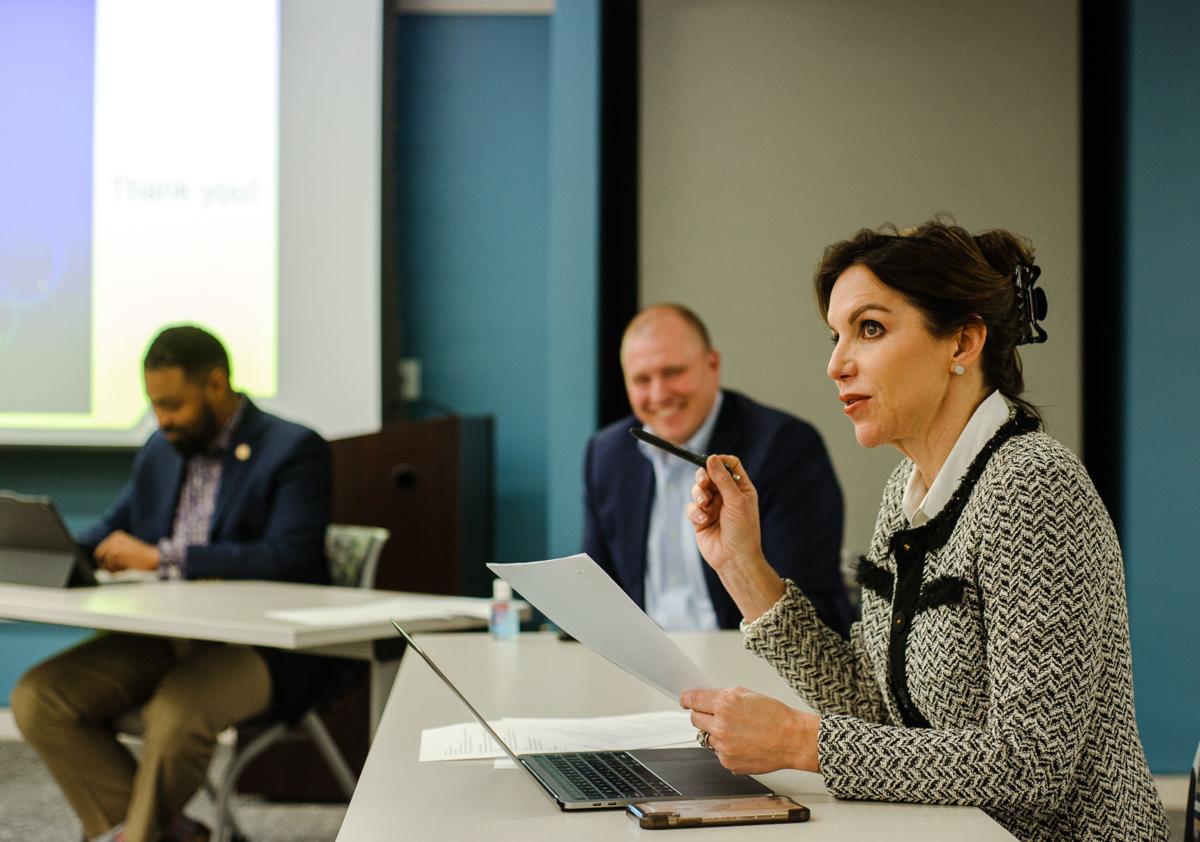 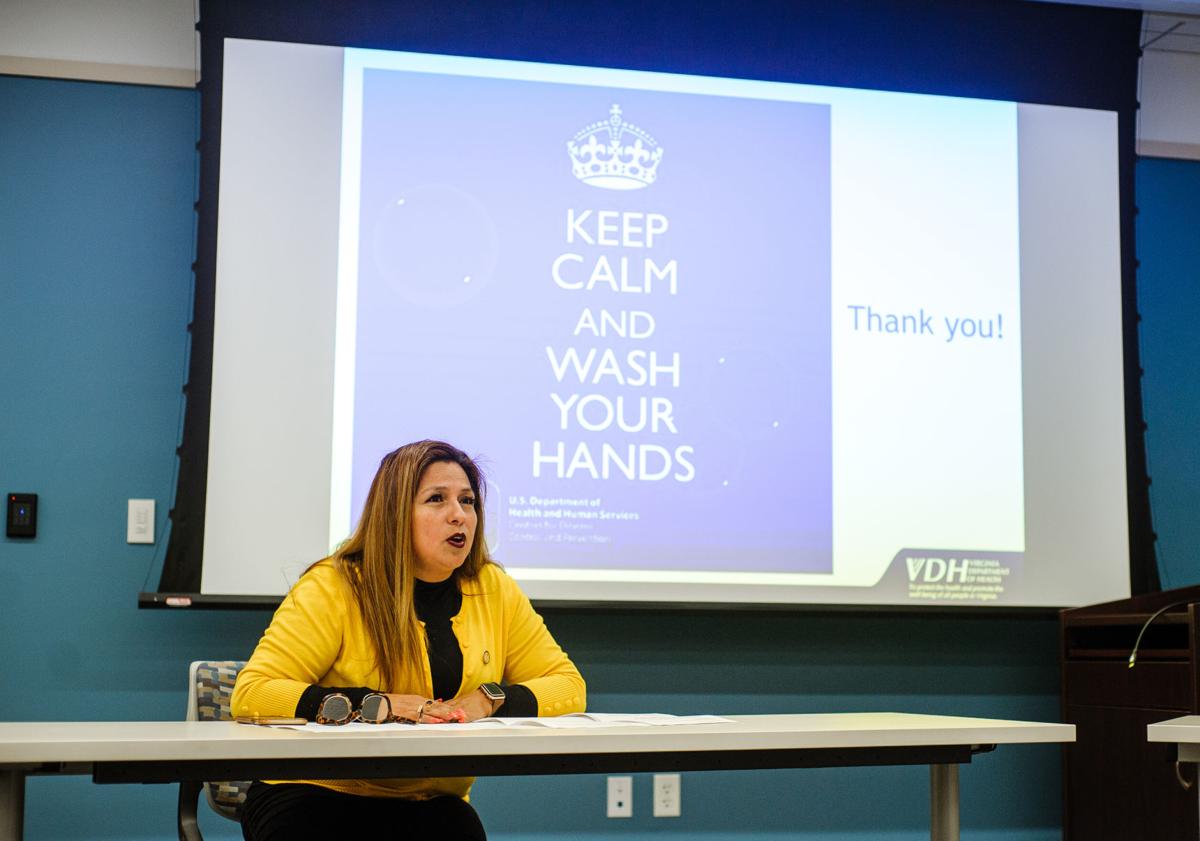 Del. Elizabeth Guzman said she would back an executive order for a statewide quarantine. 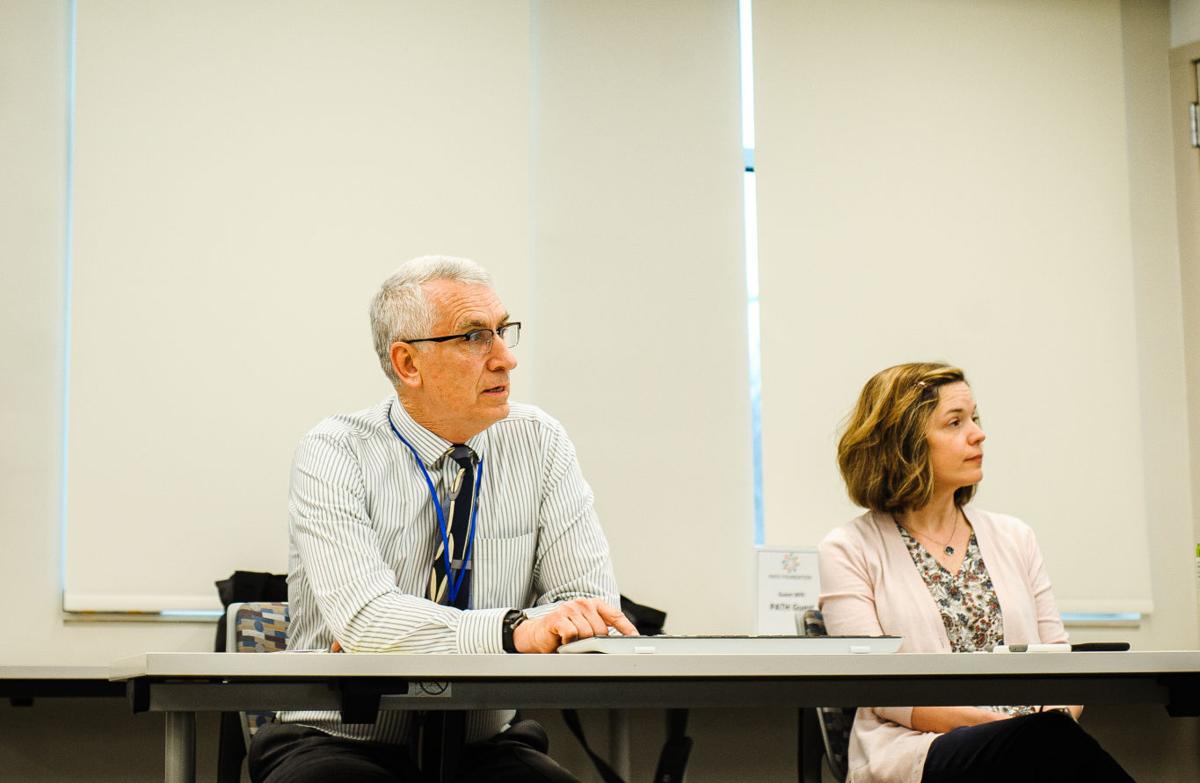 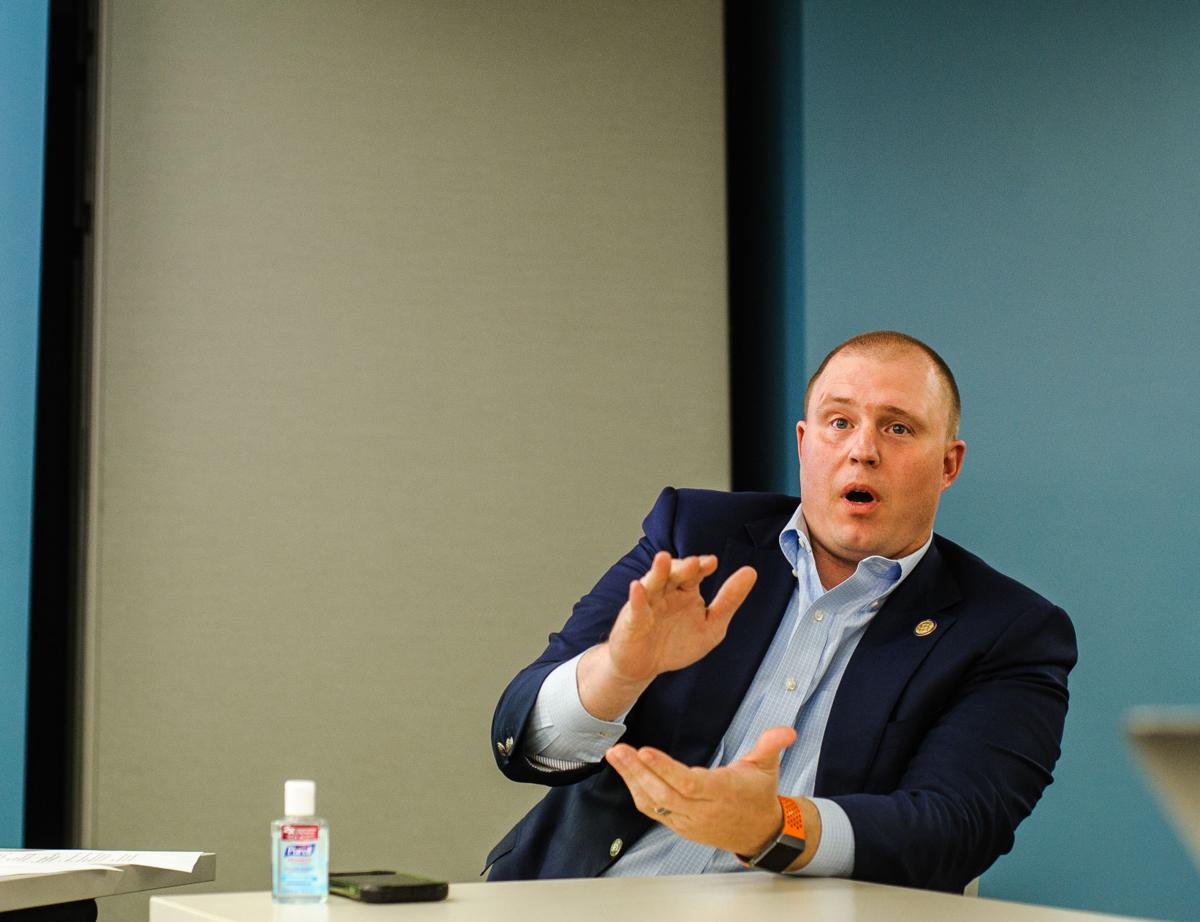 Four state legislators joined public health officials for a virtual town hall on Tuesday to address questions about the COVID-19 pandemic and the government response. The event was broadcast on Facebook Live. Because of social distancing requirements, only the participants, staff and one journalist where allowed in the room at the PATH Foundation building on Walker Drive in Warrenton.

Two public health officials, Wade Kartchner, M.D., MPH and April Achter, MPH, both of the Rappahannock-Rapidan Health District of the Virginia Department of Health, gave a presentation about the current VDH guidelines in response to COVID-19 and answered questions from the legislators and the public.

Kartchner and Achter answered a range of questions about COVID-19 and the health department’s response, but admitted there is much that is still unknown.

Can you be infected again with COVID-19 after contracting it?

“Reinfection is not likely,” said Kartchner.

Will drive-through testing be available in our area soon?

“Drive-through testing may make sense for this area,” he said.

Are healthcare workers having to reuse protective masks?

All protective masks are recommended for one-time use, Achter said, but “we understand that might not always be possible” in the current situation.

The VDH officials said they did not know how many ventilators were currently available in the health district, or how many people in the district have been tested for COVID-19.

Questions for the legislators

Other queries from the public were directed to the legislators themselves.

Answering a question about how schools will ensure services are provided to students with disabilities, Guzman said, “there are so many things we have to look at.”

Vogel and Webert both talked about the difficulty some residents have accessing high-speed internet, suggesting that constituents explore the possibility of using a school’s wifi by parking nearby. Vogel talked about Xfinity wifi hotspots being free for the time being, along with Comcast’s Internet Essentials program, which she said might be beneficial to those who are eligible.

The town hall came the day after Gov. Ralph Northam issued an executive order that closed Virginia K-12 schools for the remainder of the academic year and closed some businesses and restricted all public gatherings.

Speaking after the event, Vogel expressed concern that the economic implications of Northam’s executive order could outweigh its potential benefit to public health, although she did say the situation was indeed serious. She referenced the spread of COVID-19 in Italy, calling it “terrifying.”

“I completely understand [the impetus for the executive order], but I certainly sympathize with people who say, ‘Wait a minute, we’ve had 290 cases … and we’ve shut down the entire economy?’” she said.

“So I really vacillate back and forth,” she said of balancing restrictions on public gatherings with measures to help individuals participate in the economy enough to stay afloat financially.

“At the end of the day, I have a job, I still have to go to the grocery store. I went to the pharmacy today. I’m doing things because I don’t have a choice. I have a family that’s got to eat food and who have got to get their prescriptions. So at a certain point, you have to resume normal life.”

She added that she would be receptive to a model that isolates populations most vulnerable to the worst effects of COVID-19 while allowing the general population to resume regular economic activity. “I don’t think we have to sacrifice any of them,” she said of those populations who may be more susceptible to the disease’s worse effects, “if we’re being very careful to quarantine them but still let the rest of the population go back to work at a certain point.”

Webert is also concerned about the economic impact of the new restrictions on businesses, schools and public gatherings, but said that voluntary social distancing was an important tool in the response to COVID-19.

Webert said he would not support a statewide mandated quarantine. “I think we need to maintain the balance between doing the best that we can to fight this virus, but we also need to keep in mind the economic impact that is going to hit the commonwealth,” he said.

Guzman, on the other hand, said she fully supports the executive order, adding that she had heard from many of her constituents that they felt the governor had not taken enough action before this week. She said she would support action to mandate a statewide quarantine. Northam, she said, “has been very clear about that, this may last, like, two to three months. At some point we have to be in a lockdown in order to save lives. I think that is the next step.”

As school districts explore ways to continue education, Vogel said she is opposed to any statewide mandate requiring students to submit schoolwork through the internet, although she supports leaving that choice up to individual school systems, provided they make sure all students have equal access to educational resources.

By not ensuring all students would have access to the technology required to perform and submit work, she said “what you’re doing is that you’re singling out young people who already may have issues, and making it so that you’re setting them up for ultimate failure right here at the end of the school year … Let’s say they have the internet, but what if they don’t have a Chromebook or a laptop or any way to upload [assignments]. Or a family member, a person who could drive you to a place [that has public wifi].

“So I would say to mandate that across the Commonwealth of Virginia would be really unfair for a huge population of students,” she concluded.

Webert also acknowledged that some students without access to internet could be left behind by an online-only learning model but said that he trusts school systems to address those concerns and provide opportunities to access the internet and devices near their home. “There’s time to ensure those kids don’t get left behind,” he said. “Plus, I think this is a good opportunity for some parents to lead, too. I mean we are taking my son through a daily lesson plan.”

Guzman expressed less concern that a lack of access to internet and devices would unfairly leave some students behind. “The reality here is that nobody was prepared for this. And we have to use what is available for our children to finish the school year with enough knowledge, education to be provided to them,” adding that schools in her district had told families they could park in school parking lots to use the wifi. “At this point, I think more than thinking about what we cannot do, it’s about [how] we can work together and get it done.”

Currently the Virginia General Assembly is set to convene for a one-day veto session on April 22, though some lawmakers are calling for the assembly to revisit the budget because of the impact COVID-19 may have on future state revenues.

Vogel said she supports a special session to address budgetary matters. “I would not advocate going back and relitigating everything we just did in the session. I would say go back and revisit the budget: that’s our number-one biggest priority.”

Guzman said she was opposed to revoking legislation passed in the main session of the General Assembly. “To delay those things we’ve already passed and voted on, I would not support,” she said.

In the setting of limited availability of tests, testing performed at DCLS, Virginia’s state lab, is reserved for patients who meet VDH’s four priority investigation criteria below. If you have a patient who meets VDH criteria, please request testing via the online COVID-19 Testing Request Form. If you are unable to submit your request online, please contact your local health department. (Private labs do not have to follow these guidelines.)