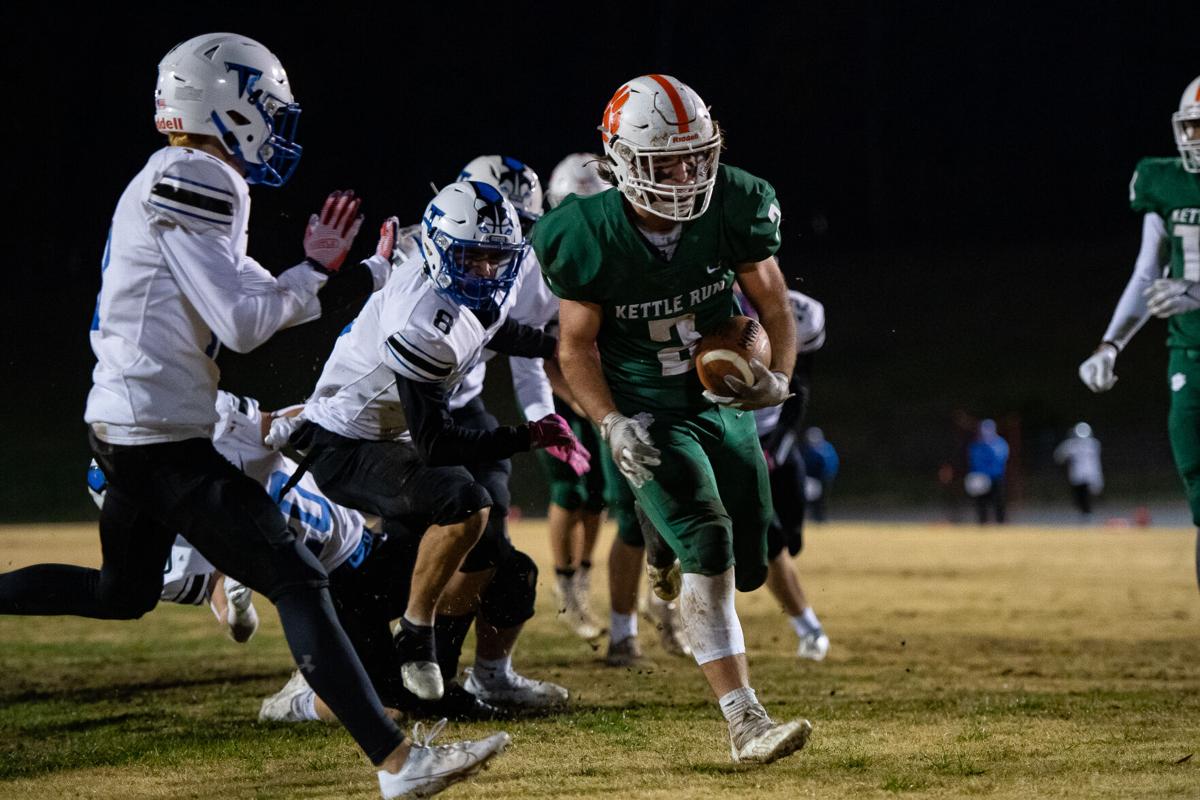 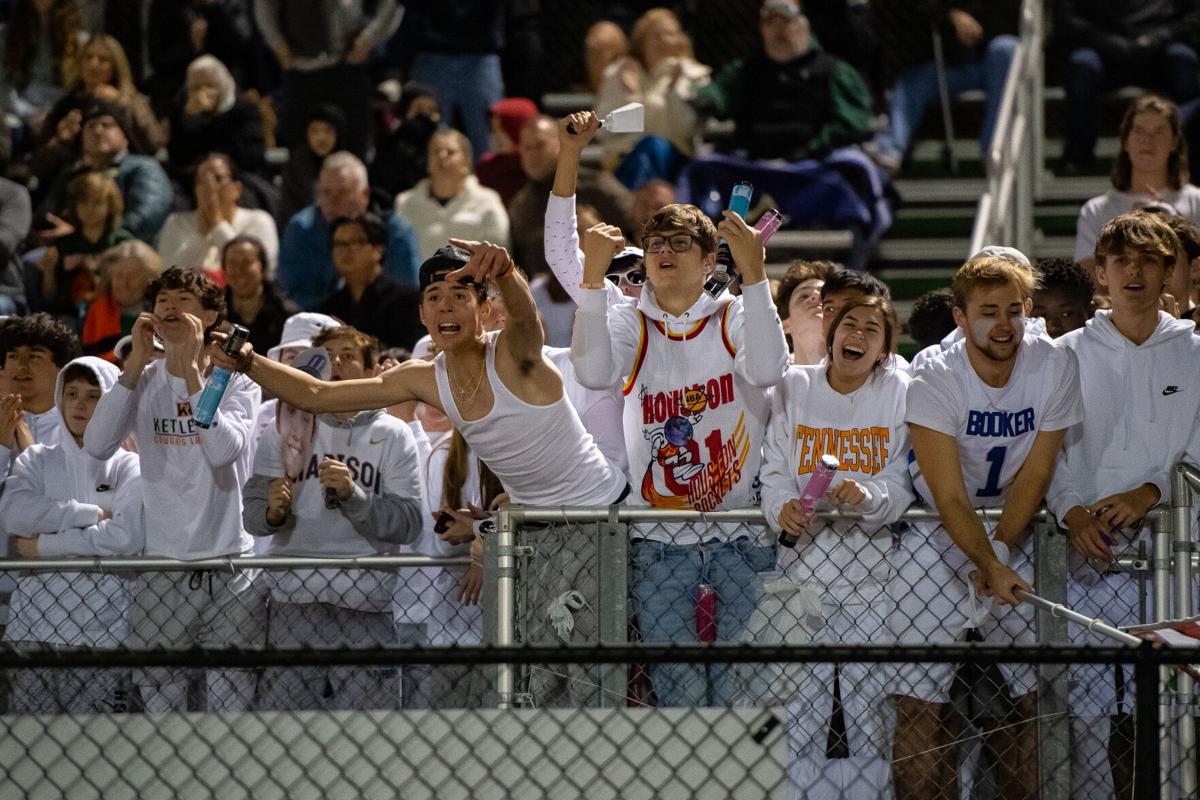 Kettle Run fans were out in force for the playoff opener. 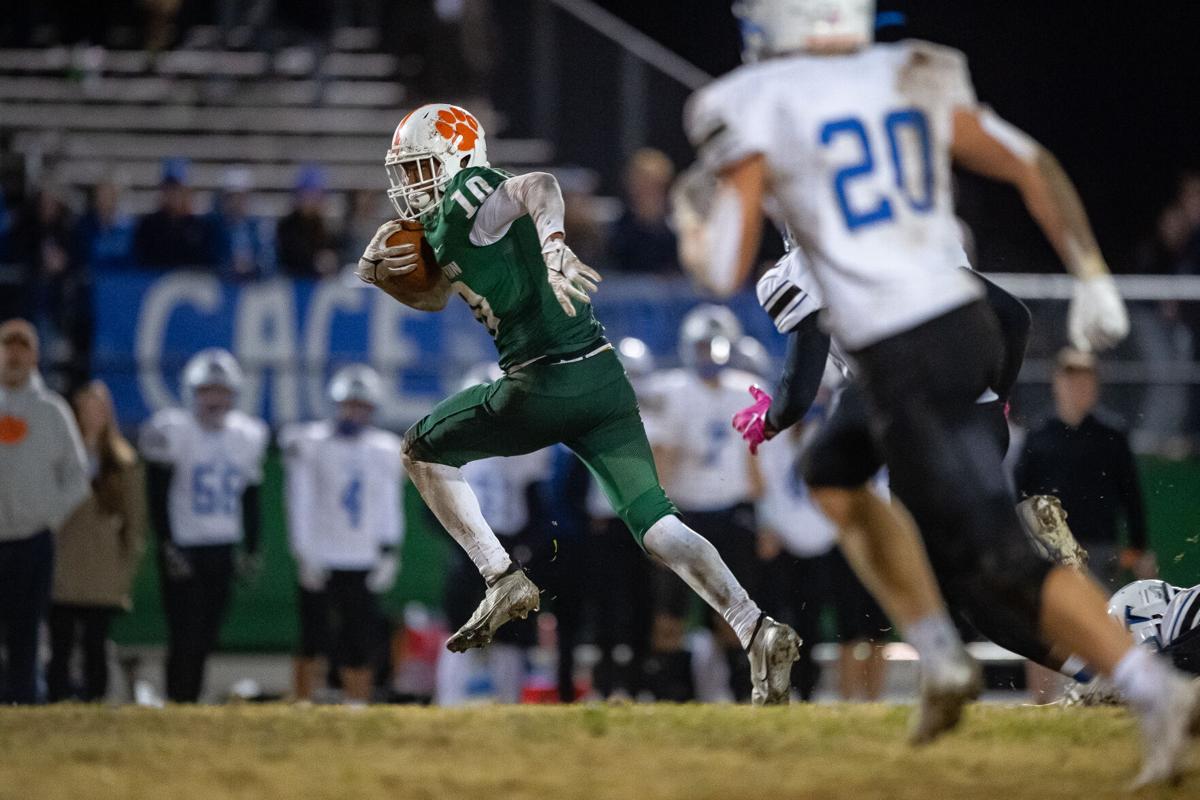 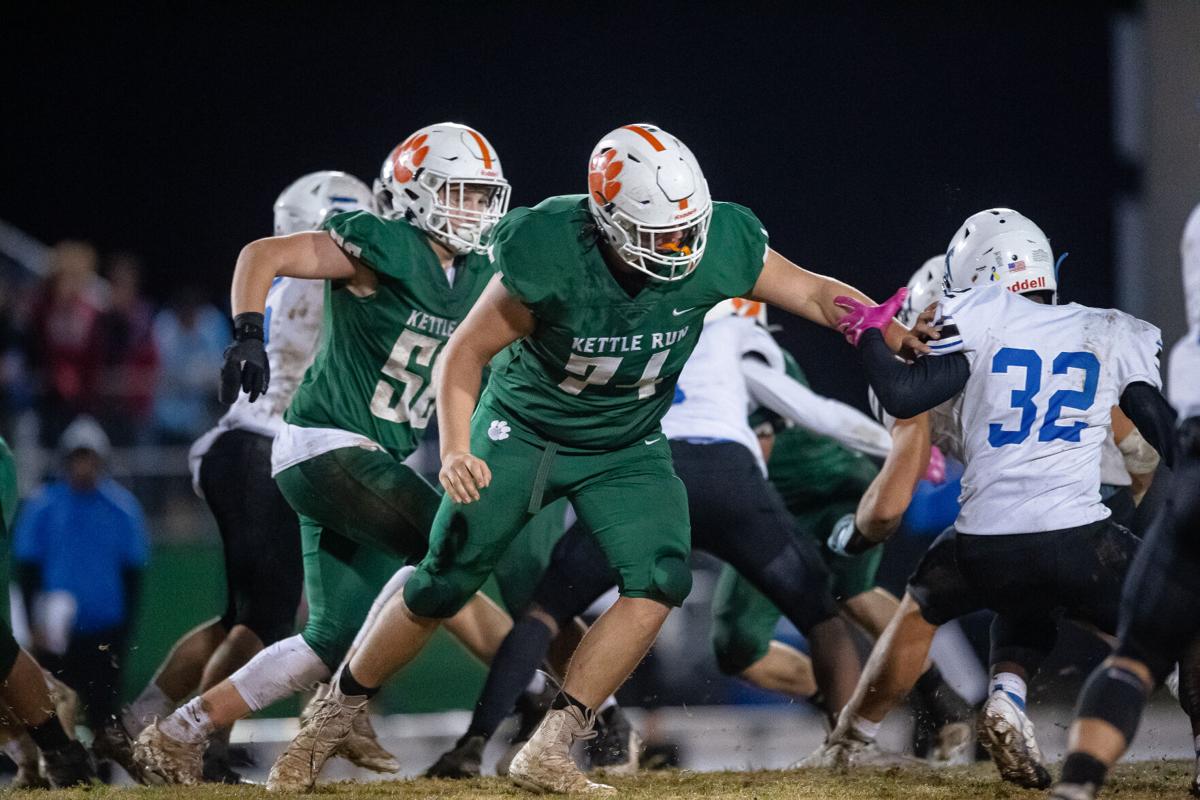 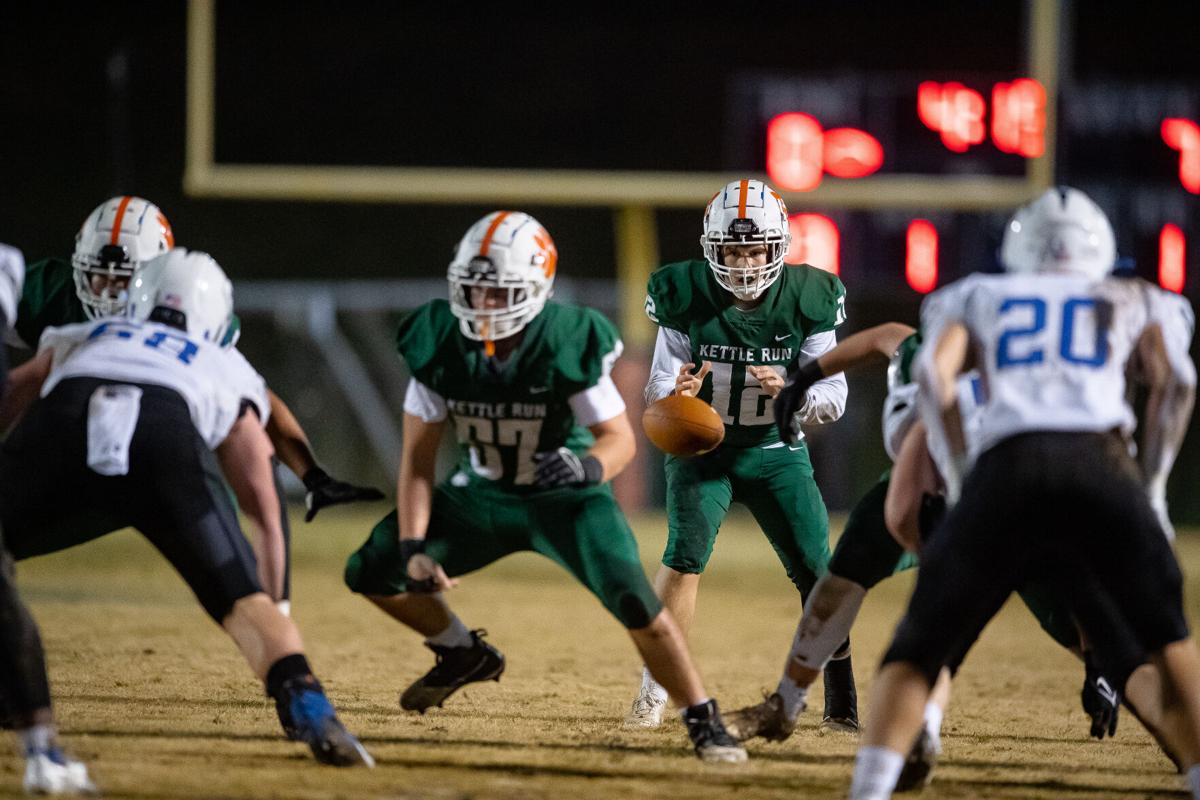 Beau Lang and the Cougars' offense moved the ball well through the air but ended up with seven turnovers. 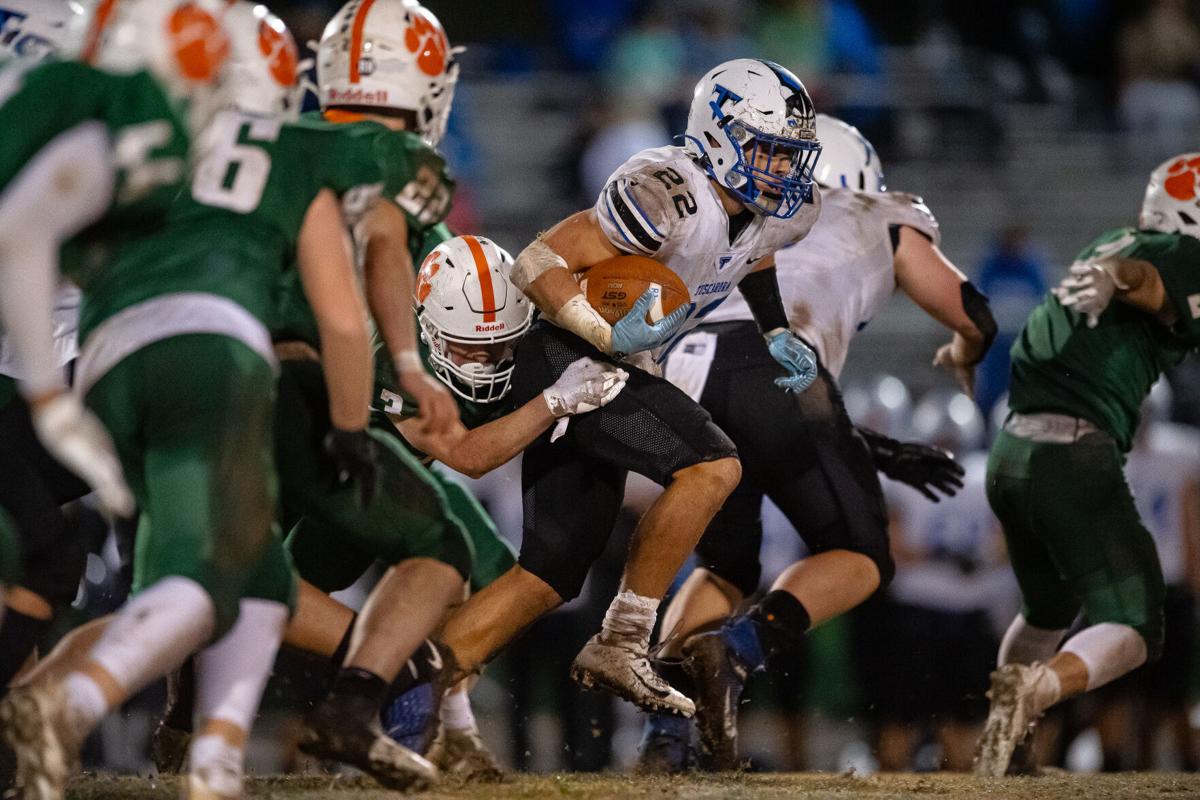 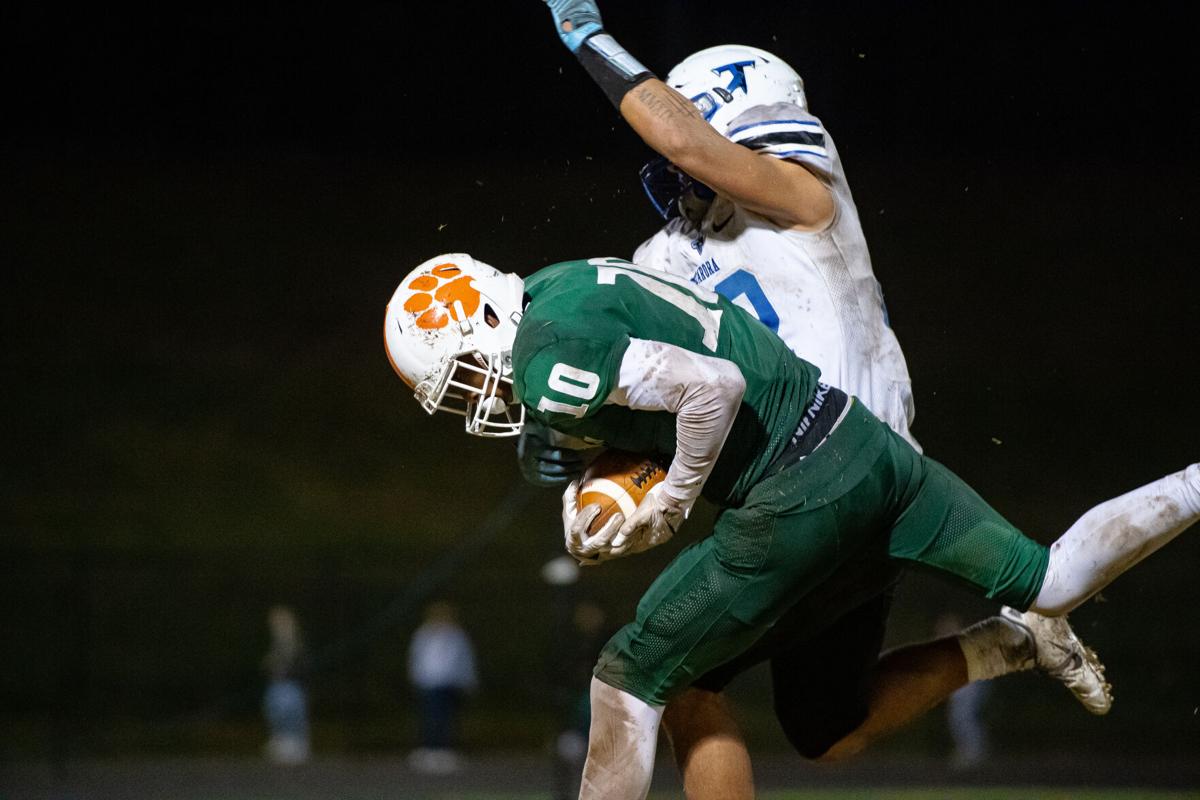 Senior receiver Jacob Robinson caught seven passes for 124 yards and a TD. He's been offered a scholarship to Frostburg State. 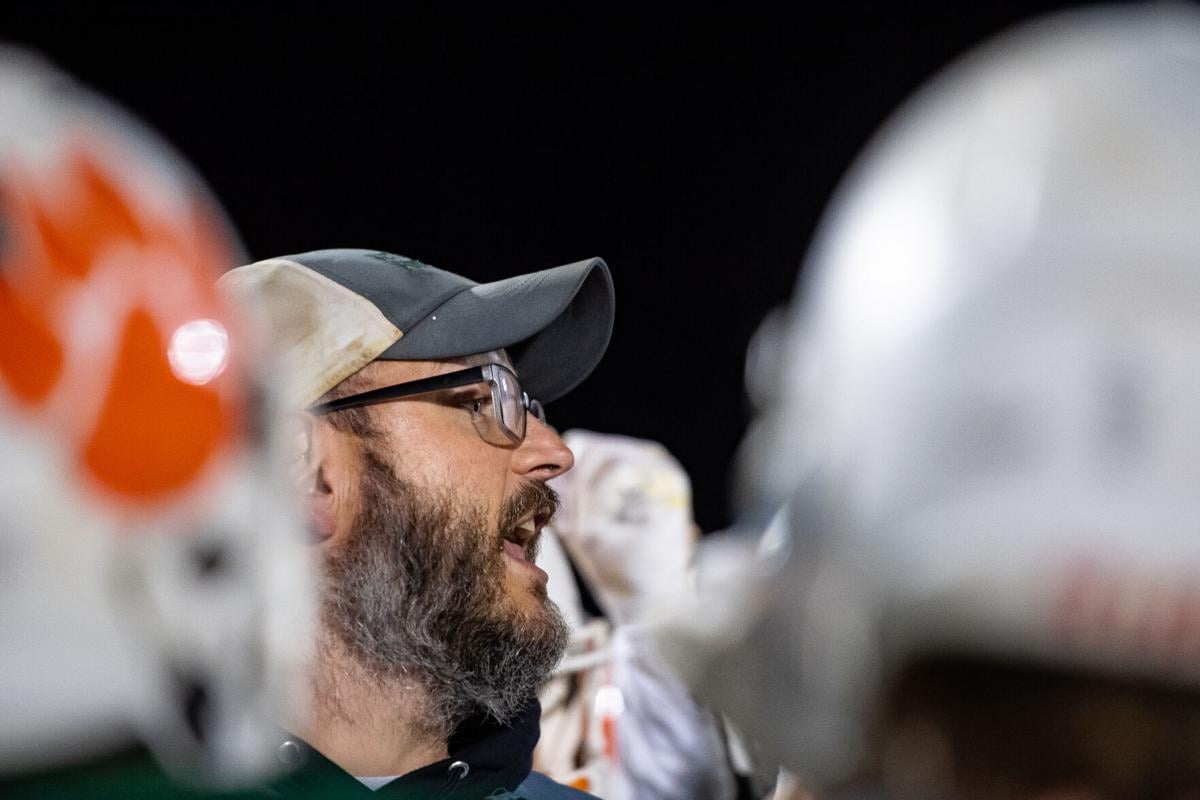 “I told the kids this does not take anything away from what they did in the regular season. This does not change anything they’ve done,” said coach Charlie Porterfield of the playoff loss. 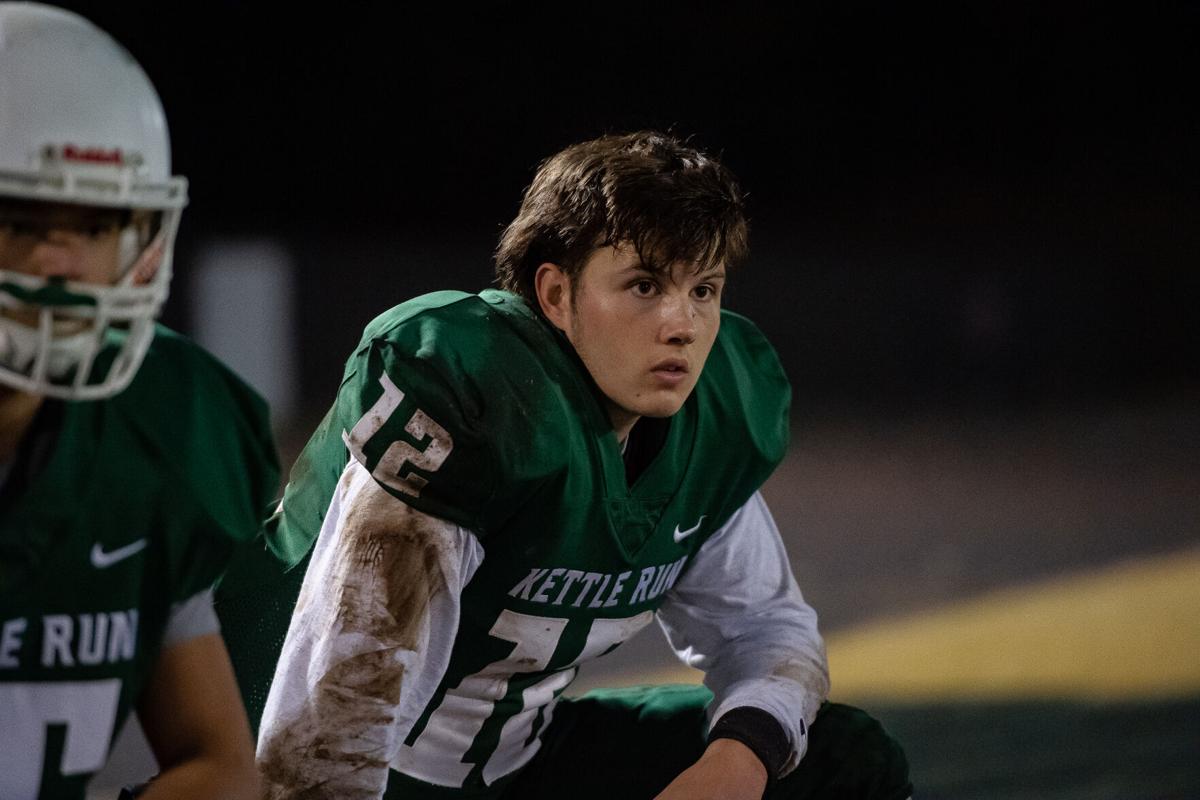 Beau Lang threw for 232 yards in his final game. 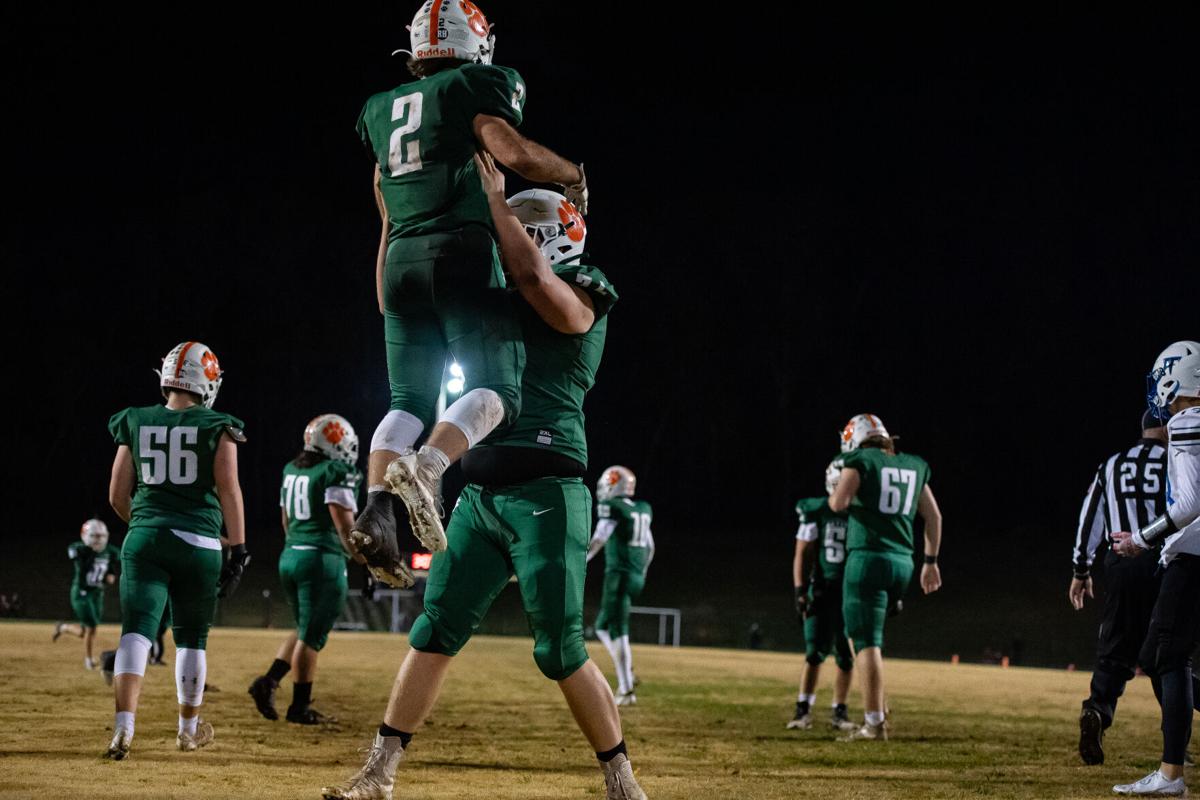 Kettle Run fans were out in force for the playoff opener.

Beau Lang and the Cougars' offense moved the ball well through the air but ended up with seven turnovers.

Senior receiver Jacob Robinson caught seven passes for 124 yards and a TD. He's been offered a scholarship to Frostburg State.

“I told the kids this does not take anything away from what they did in the regular season. This does not change anything they’ve done,” said coach Charlie Porterfield of the playoff loss.

Beau Lang threw for 232 yards in his final game.

Less than a week after one of the most talented teams in program history lost to Tuscarora 45-12 in the first round of the playoffs, acceptance of that defeat is still sinking in.

There wasn’t one play that cost the Cougars but a few in what added up to a lopsided home defeat, one that won’t be easily forgotten.

After the game, coach Charlie Porterfield told his players to linger on the field and soak in the memories of their great season, that they had a lot to be proud of.

“I told the kids this does not take anything away from what they did in the regular season. This does not change anything they’ve done. I told them the things they will remember are hugging your teammates at the end of that game and crying with them,” said Porterfield.

“I told the boys and girls, ‘Enjoy your last moments on the field together. Say your goodbyes. I’ll stay as long as you want to. The lights will come off when you feel like leaving the field,’’ Porterfield said.

Virginia Tech-bound senior running back Bryce Duke was the primary instrument of destruction, rushing 29 times for 233 yards and three touchdowns.

The Cougars were forced to key on Duke, which opened some things for quarterback Sonny Mannino to throw three TDs. Forced to come from behind all game, Kettle Run made seven turnovers, including five interceptions.

Kettle Run star quarterback Beau Lang completed 18 of 29 passes for 232 yards and a TD, with the five interceptions. Star receivers Jacob Robinson and Jordan Tapscott had big games. Robinson had seven receptions for 124 yards and a TD. Tapscott caught five passes for 60 yards.

Despite moving the ball well, the Cougars only scored two TDs.

“They had a great game plan. The second half they made big plays on pass plays we thought were there,” Porterfield said.

“I thought we had a chance but we did not play as well as we needed to,” said Porterfield. “We were not able to capitalize on good field position. The times we forced them to punt we did not capitalize and made a mistake here or a mistake there.”

Kettle Run had difficulties running the ball, especially dual threat quarterback Lang, who was stopped cold with seven rushes for 17 yards. Peyton Mahaffey ran 12 times for 41 yards and a TD.

Tuscarora roared out to a 7-0 lead as Duke carried five times in the opening drive for 48 yards, breaking free for a 36-yard TD run up the middle.

Duke’s skills were in full display on his first TD, as he quickly hit a hole, broke a tackle then got into space where he easily accelerated for a breakaway score.

Kettle Run appeared to have a response as Lang hit Jacob Robinson for a 21-yard gain across the middle, then used a brilliant fake, held the ball on a bootleg and hit Tapscott for 29 yards to the Tuscarora 7-yard line.

Peyton Mehaffey ran three yards, then two yards, then one yard to reach the 1. On fourth down, Lang lost a fumble as he rushed to take a snap, and Tuscarora recovered at the 1.

The Cougars soon got the ball back by forcing a punt and taking over at the Tuscarora 23. Lang hit Robinson for 21 yards to the 5-yard line. Then Mehaffey scored on a 5-yard run to make it 7-6 with 3:07 left in the first quarter after the extra point kick was blocked.

Tuscarora went back to work on offense, as Mannino had two key runs and completed three passes, including a 14-yard TD strike to Clayton Opauski with 10:08 left in the second quarter.

Kettle Run drove to the Tuscarora 24-yard line on its next possession, but the drive ended when Lang could not control a low snap for a fumble.

After stopping the Huskies’ next drive, the Cougars again ripped off some big gains, but the drive was thwarted by Lang’s first interception.

The Huskies went 74 yards in nine plays with Mannino hitting Griffin Law for a 36-yard TD to make it 21-6 with 25 seconds left after the extra point kick.

After reaching the Huskies’ 25-yard line, Lang’s second interception came to close the half on a pass near the goal-line.

Overall Lang had a strong half, completing 9 of 14 passes for 120 yards.

“At halftime we felt we still had a shot. We knew we needed to convert some of those shots,” Porterfield said.

The second half couldn’t have gone much worse for the Cougars, who were stopped on their opening drive on four plays and punted. Tuscarora then scored on a 27-yard field goal to lead 24-6.

Facing a must-score drive, Kettle Run dialed up a dynamic play, sending Colton Quaker on a delayed route as Lang executed a perfect play fake. But the wide-open Quaker saw the ball sail through his hands, denying a sure-fire TD.

The drive also saw a Tapscott TD called back due to an ineligible receiver downfield. The drive ended with a 90-yard interception return by Joshua Bendix, who navigated up the sideline, avoiding a potential Lang tackle for a decisive TD, making it 31-6 with 2:08 left in the third.

Kettle Run answered with a Lang to Robinson 20-yard TD connection to close to 31-12 with 19 seconds left in the third quarter. Robinson made an athletic leaping catch in the left corner of the end zone.

Duke added a 43-yard TD run on Tuscarora’s next possession as the lead rose to 38-12. Duke got a heavy dose of work in the final quarter as the Huskies ran down the clock. Duke scored again, adding his third TD on a 16-yard run with 1:49 left.

Bendix picked off Lang’s fourth and fifth passes of the night in the fourth as the game ended at 9:05 p.m.

“They felt comfortable rushing four and dropping guys. They had everything covered. They forced Beau off his first and second reads to his third and fourth reads,” Porterfield said.

“Outside of those turnovers, Beau played well. He had that big play to J Rob.”

Concluded Porterfield of the sobering loss, “I don’t want to say it’s ever easy. Making the playoffs is always an unknown. It’s part of the territory.”