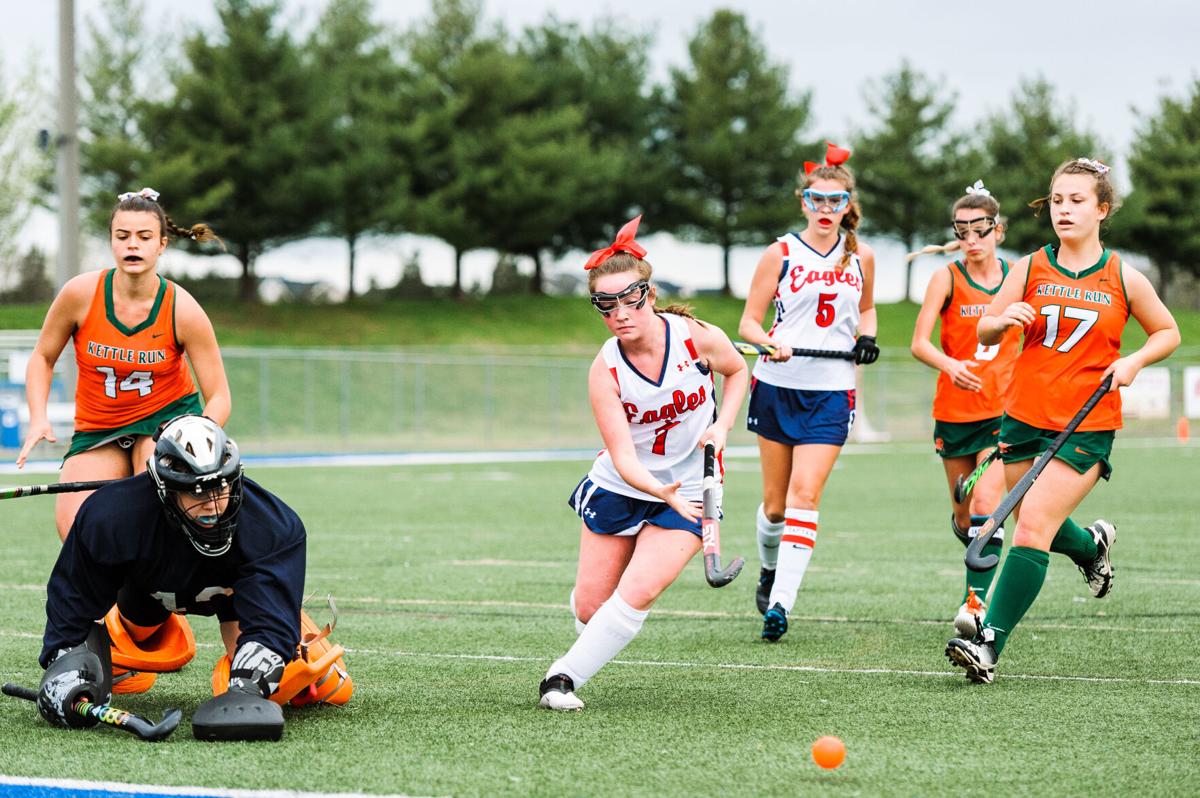 Pictured above, Kettle Run and Liberty waged an epic battle in the Northwestern District tournament championship on April 9 in Bealeton with the Cougars winning 4-3 in overtime. Both squads advanced to regionals, where both lost 1-0 to Loudoun County teams 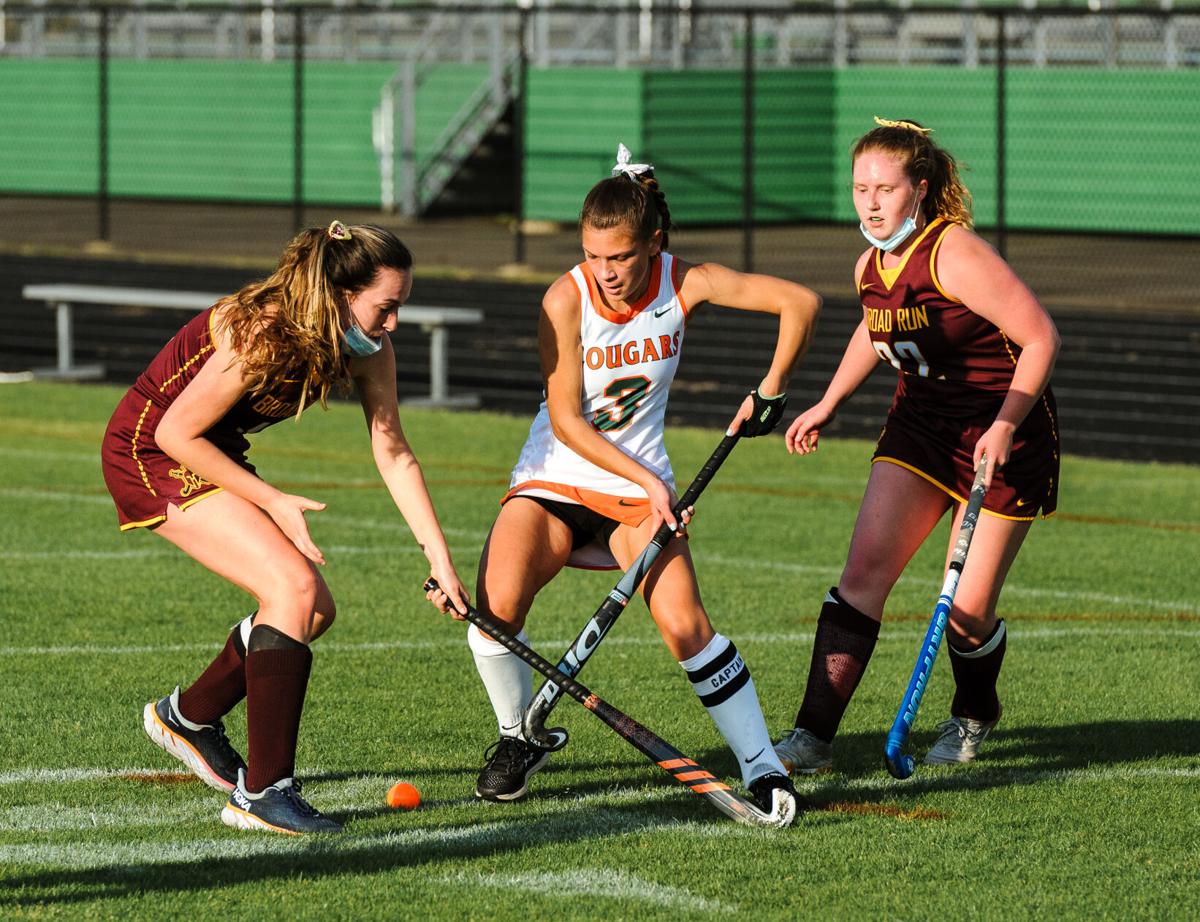 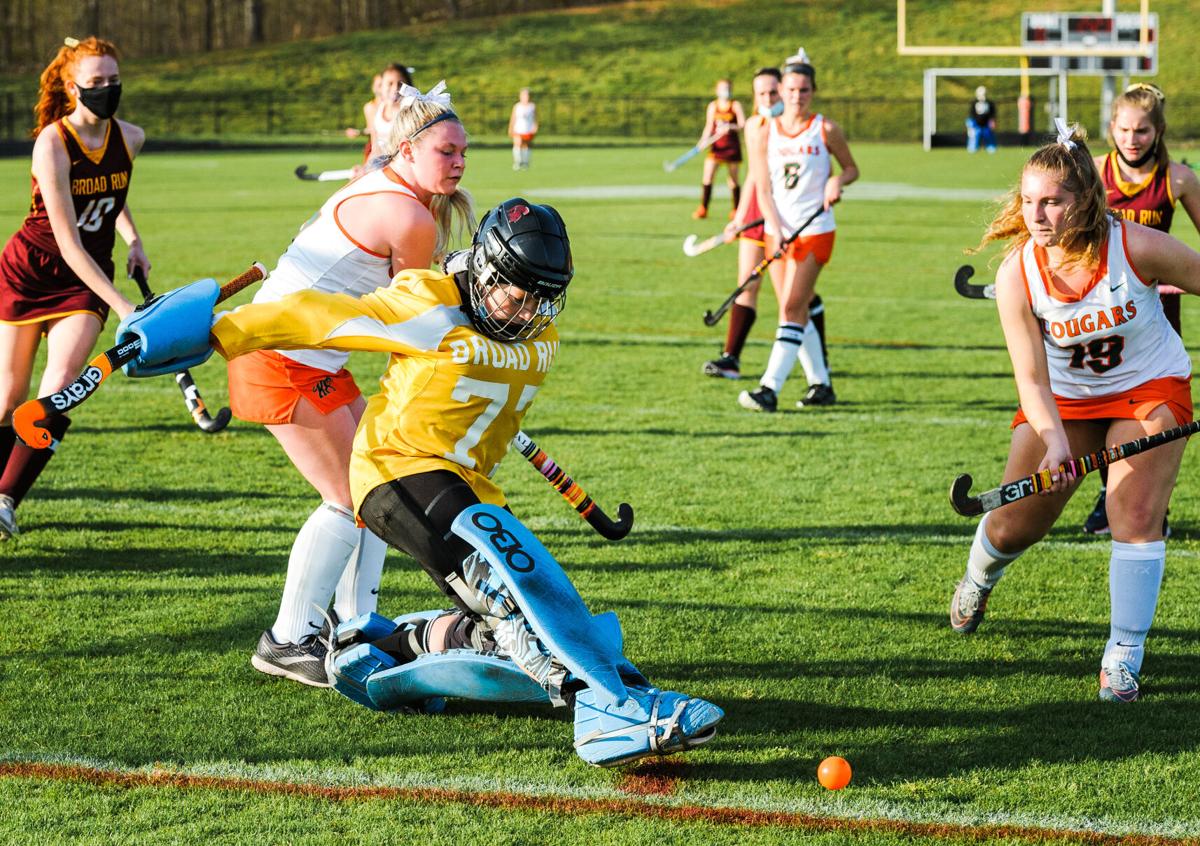 The Cougars had numerous good chances thwarted by Broad Run. 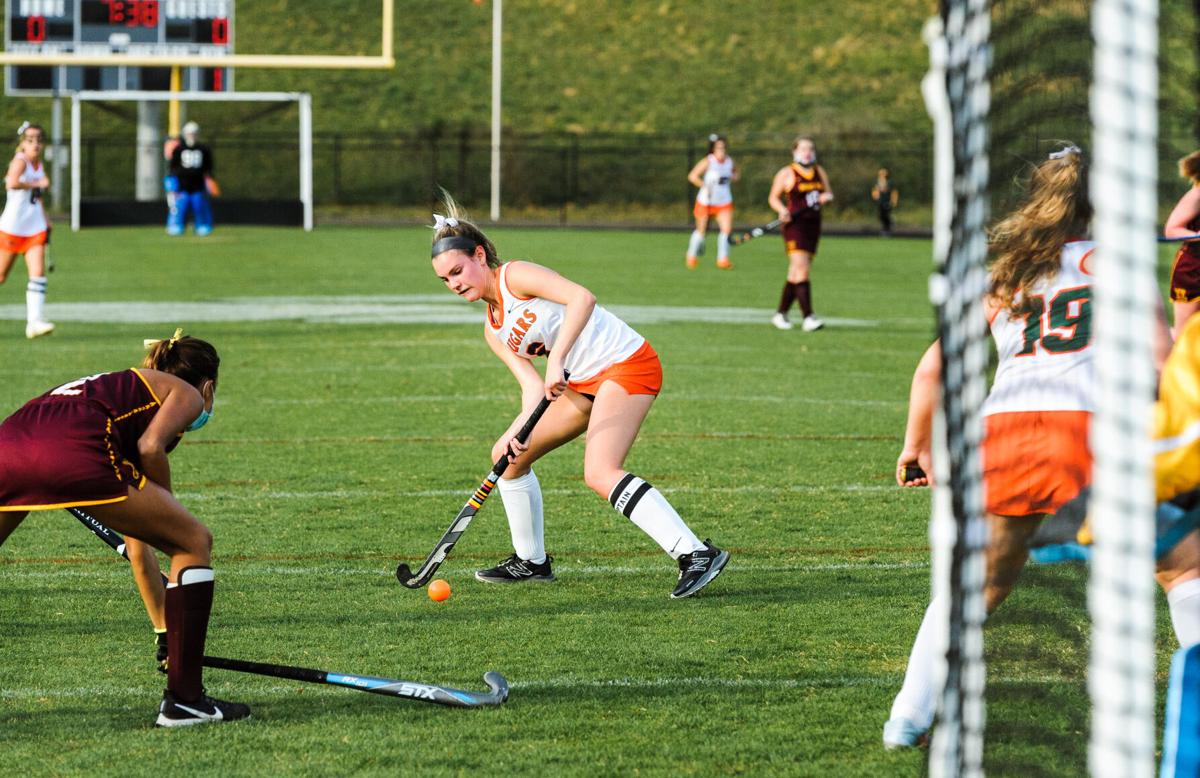 Pictured above, Kettle Run and Liberty waged an epic battle in the Northwestern District tournament championship on April 9 in Bealeton with the Cougars winning 4-3 in overtime. Both squads advanced to regionals, where both lost 1-0 to Loudoun County teams

The Cougars had numerous good chances thwarted by Broad Run.

Neither the Kettle Run nor the Liberty field hockey teams could find the cage in their Class 4 Region D semifinal contests on April 13.

The result was a pair of season-ending agonizing narrow defeats to Dulles District teams as Kettle Run fell to visiting Broad Run, 1-0, while Liberty’s season was ended by Heritage, 1-0.

Both contests were classic postseason defensive battles with both game-winning goals coming in the fourth quarter.

Kettle Run's first-year coach Julie Kuhlberg said her Cougars had their chances until the final whistle.

"We played hard to the end," Kuhlberg said. "At the end of regulation, we had two back-to-back corners and were not successful in getting it past their goalie. She was very good.

"We had nine shots on goal. Both teams had strong defenses," the coach said, noting the game-deciding score came with three minutes, 46 seconds left in the game.

Kuhlberg also said she will carry many fond memories from this season. Kuhlberg stressed the contributions of her nine seniors to the 7-4 campaign, whom she had coached for all four years as the junior varsity and now varsity mentor.

"All the knowledge the seniors bring to the team will be missed next season," the coach praised. " I am sad they are moving on but excited to see them grow.

"For my first season as a head coach and going to regionals is awesome. I had a very talented team."

Liberty, which made states last year and hoped to return, finished 7-5 overall and were the district's regular-season winner with a 6-2 record.

Liberty’s region 1-0 loss to Heritage came on a goal with three minutes left in regulation.

“Even after that, my girls battled until the end. I could not have left that field feeling more proud of our girls," coach Katie Norman said. "They played every minute of their last game together and with so much heart.

"(Goalkeeper) Keely (Crane) had the game of her career and was worked harder in goal than she had been all season. They are amazing, and I’ll always admire this group."

Both the Eagles and Cougars hoped for a longer postseason run after the Dulles District's No. 1 and No. 2 seeds both were upset in the district semifinals. Broad Run knocked No. 1 Loudoun Valley 1-0, while Heritage edged No. 2 Loudoun County, 3-2, in overtime.

Heritage was the region champion with a 2-0 win in the finals over Broad Run to earn the lone state playoff berth.