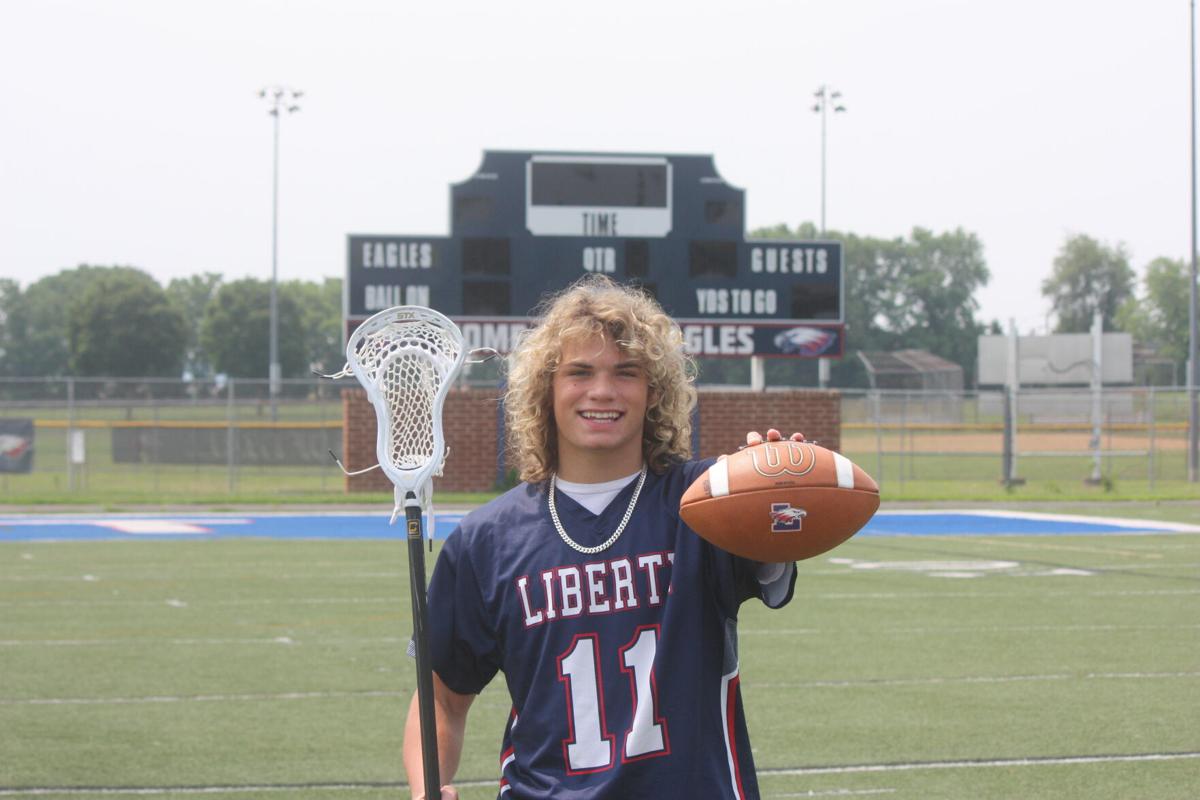 Keegan Shipe closed out his senior year with standout seasons in football and lacrosse. He earned all-region honors in both sports and is 2021 Fauquier Times Liberty Boys Athlete of the Year. He’ll play lacrosse at the University of Mary Washington. 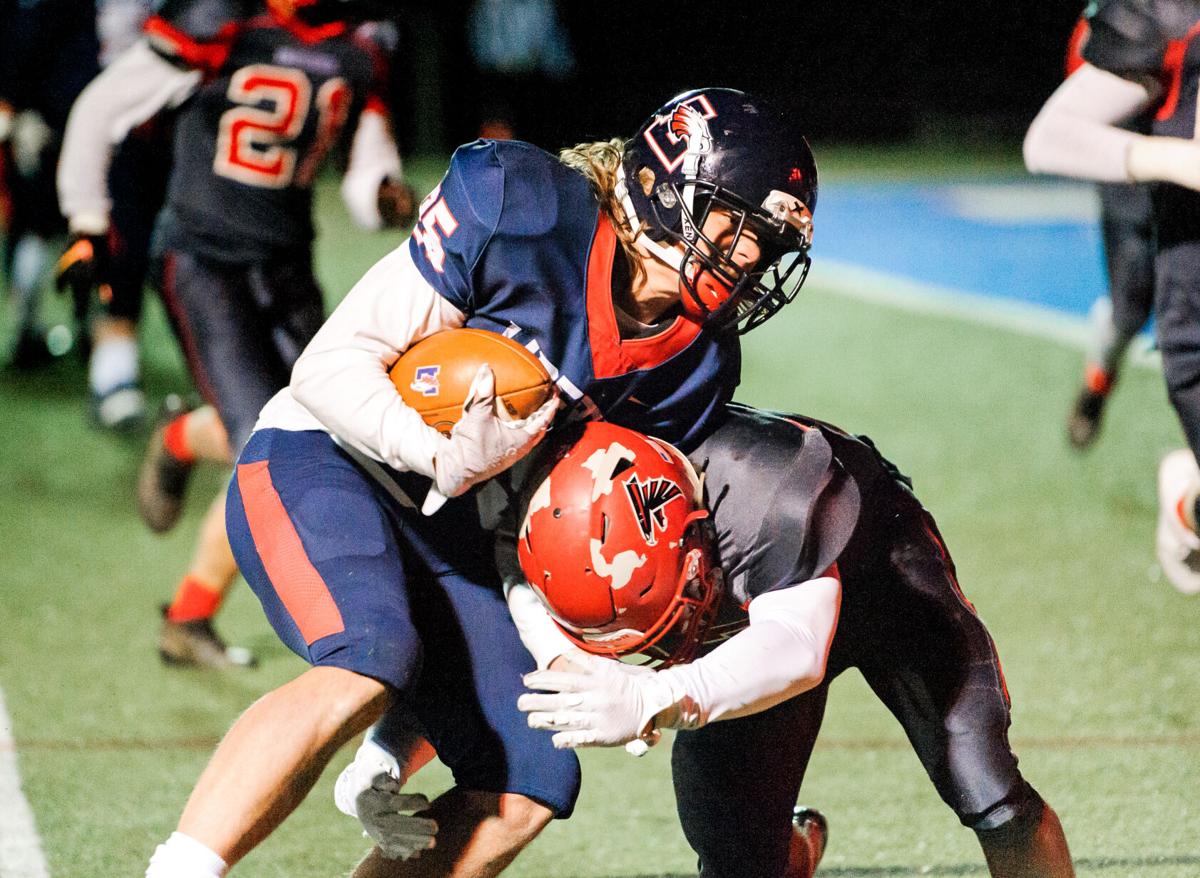 Keegan Shipe was dominant in football and lacrosse as a senior, allowing him to close out his Liberty career with multiple all-region accolades. “Anytime you needed someone to make a play on defense, Keegan was the guy that stepped up,” said football coach Travis Buzzo. 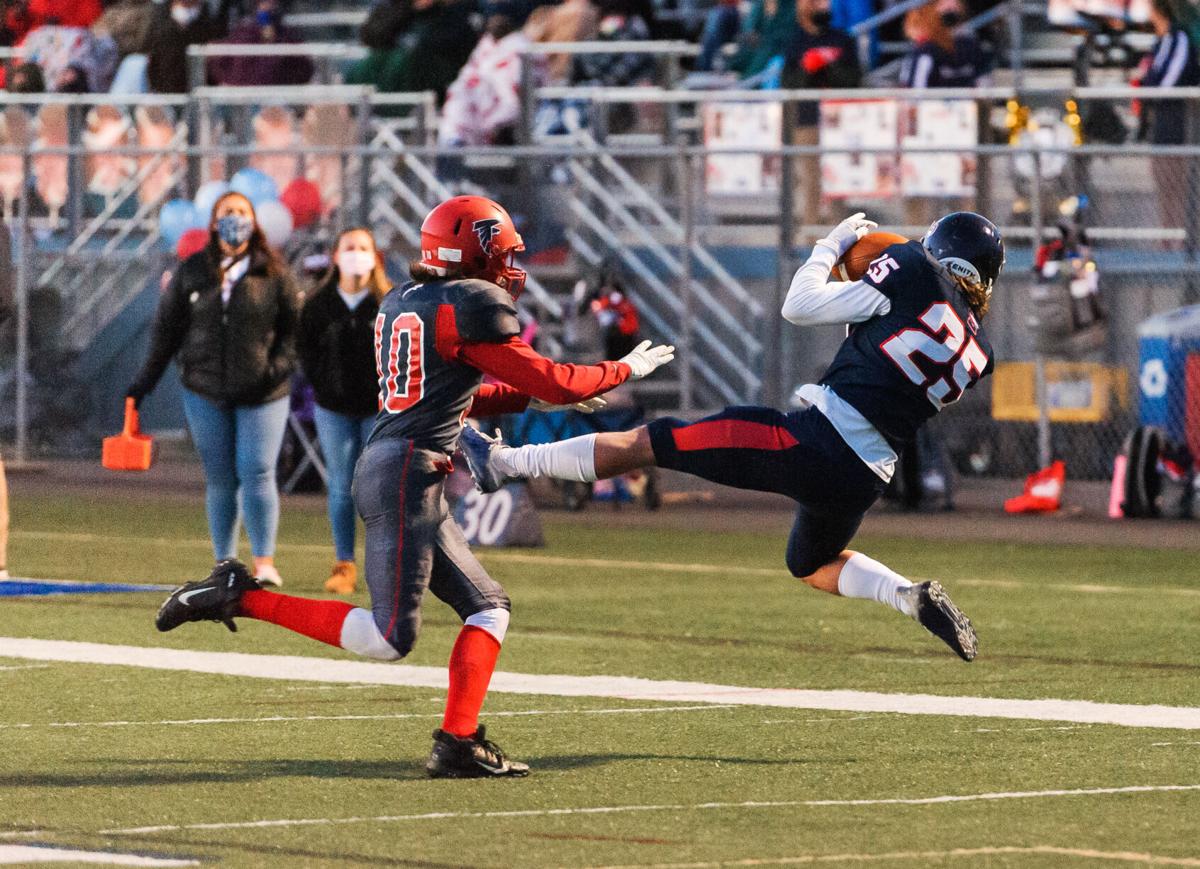 Keegan Shipe closed out his senior year with standout seasons in football and lacrosse. He earned all-region honors in both sports and is 2021 Fauquier Times Liberty Boys Athlete of the Year. He’ll play lacrosse at the University of Mary Washington.

Keegan Shipe was dominant in football and lacrosse as a senior, allowing him to close out his Liberty career with multiple all-region accolades. “Anytime you needed someone to make a play on defense, Keegan was the guy that stepped up,” said football coach Travis Buzzo.

Sports are a rite of passage in the Shipe household.

For Keegan Shipe, the journey included playing lacrosse, football and wrestling with his older brother Jacob and dad Amos for as long as he can remember.

And the ride isn’t over yet. Shipe, who was an all-region selection for the Eagles in football and lacrosse, is the 2021 Fauquier Times Liberty Boys Athlete of the Year. He’ll play lacrosse at the University of Mary Washington.

The 6-foot, 190-pound Shipe was the focal point of the Liberty lacrosse team’s attack, scoring a stunning 46 goals from the midfield.

Even more impressive, this was his first year playing as a short stick middie, having previously started as a long stick midfielder or LSM.

“If you know anything about lacrosse, you know it’s hard to hold that six-foot pole with a bad wrist. Me and coach (Mike) Gesiotto were talking, and thought, well, it could be good for the offense to have him in midfield. So two days later he was out there with the wrist wrapped,” said Amos Shipe.

Shipe’s dominant scoring was the catalyst for Liberty’s breakout year as the Eagles advanced to the region finals and very nearly made the state semifinals in finishing 8-4.

Liberty had a program-defining 14-7 upset of Kettle Run in the region semifinals as Shipe scored four goals. The Eagles advanced to a historic regional final against Fauquier, falling 23-10.

“We played as a family this year, we played well above our experience. This loss hurts, but for this program second place in the region isn’t half bad,” said LHS coach Gesiotto.

A three-year starter on the Liberty football team, the versatile Shipe started on offense and defense as a senior. He was a receiver and played safety/linebacker. He was all-region first team on defense.

“Keegan is an extremely confident football player. Since he was thrown into the lineup as a sophomore, he’s just never known how to give anything less than 100% when the lights are on,” Buzzo said.

In a rare down season, Liberty finished 2-4 in the pandemic-shortened spring campaign.

Shipe still shined. After a painful 21-14 loss to bitter rival Fauquier early in the year, the Eagles gained revenge with a 22-0 win over Fauquier in the Bird Bowl.

Shipe was Liberty’s Bird Bowl MVP thanks to two interceptions and a 48-yard touchdown catch. He finished with three receptions for 92 yards and celebrated with gusto with his teammates at midfield after the win as Liberty recorded its 18th straight Bird Bowl victory over the Falcons.

Shipe finished with 178 career tackles and five interceptions, and was a vital cog on Liberty’s Northwestern District championship team in 2019 that went 11-1 and fell to Tuscarora in the Class 4 Region C semifinals.

“Anytime you needed someone to make a play on defense, Keegan was the guy that stepped up,” said Buzzo. “He’s always the guy that’s there to make the tackle. There aren’t many guys at this level who get you almost 180 tackles, that just shows how good he really is.”

Shipe was also a leader and locker room presence who enjoyed a reputation as a jokester.

“The special ones, athletes or just people, they know they have to have that switch. Keegan really gets that there’s a time and place to be goofy and have fun and there’s a time that you have to work and grind,” said Buzzo.

Shipe’s competitive edge runs deep. “Sometimes I come down hard on my teammates. I think it’s just because I have high expectations, and want my teammates to be the best they can possibly be,” he said Shipe about his leadership style.

While lacrosse and football are Shipe’s main sports, he also wrestled his freshman year. He was the 126-pound regional runner-up and state qualifier that year.

Shipe credits his dad’s tenacity and high expectations for his success.

His father Amos was an assistant coach on Liberty’s football and lacrosse teams and coached him in wrestling. “He pushed me hard. I know he was a big part of shaping me into the athlete I am. I’m definitely grateful for that,” said Shipe, who was playing all three sports by age 7.

Succeeding in competitive sports, as well as making time for schoolwork and family made for some adversity. It wasn’t always sunshine and roses, Keegan said.

“There were definitely times I felt like he was being harder on me than everyone else,” Shipe said. “But ultimately I think it’s made me a better athlete and stronger man, so I’m very fortunate.”

Keegan’s brother Jacob was also a lacrosse and football star. Three years Keegan’s senior, the two played together in their senior and freshman years, respectively.

“It was so special to get to see the three of them so close,” said Keegan’s mom Annie.

And having Keegan end his Liberty career with a banner lacrosse season was fulfilling.

In fact, when Keegan was a freshman, dad Amos had predicted the Eagles would play for the region title by 2021.

“After the Kettle Run game, seeing him take pictures with them finally being on the winning side made me happy for him,” said Annie. “It was especially cool for him and the team because he’s been growing up playing lacrosse and football with a bunch of the guys on that Kettle Run team.”

Shipe is moving onto the University of Mary Washington, where he’ll play lacrosse and plan his future.

He’ll earn a bachelor’s of science in the hopes of becoming a chiropractor, a dream that started after he injured his back lifting weights his junior year. He saw Dr. Doug Smith of Advantage Chiropractic in Warrenton.

“He left the office after his first session and told me, ‘I know what I want to go to school for,’’’ said his dad.

Mom is also pleased. “It just helped him so much. He had one visit, and the impact that had on him and the conversations he had at later appointments inspired him,” said Annie.