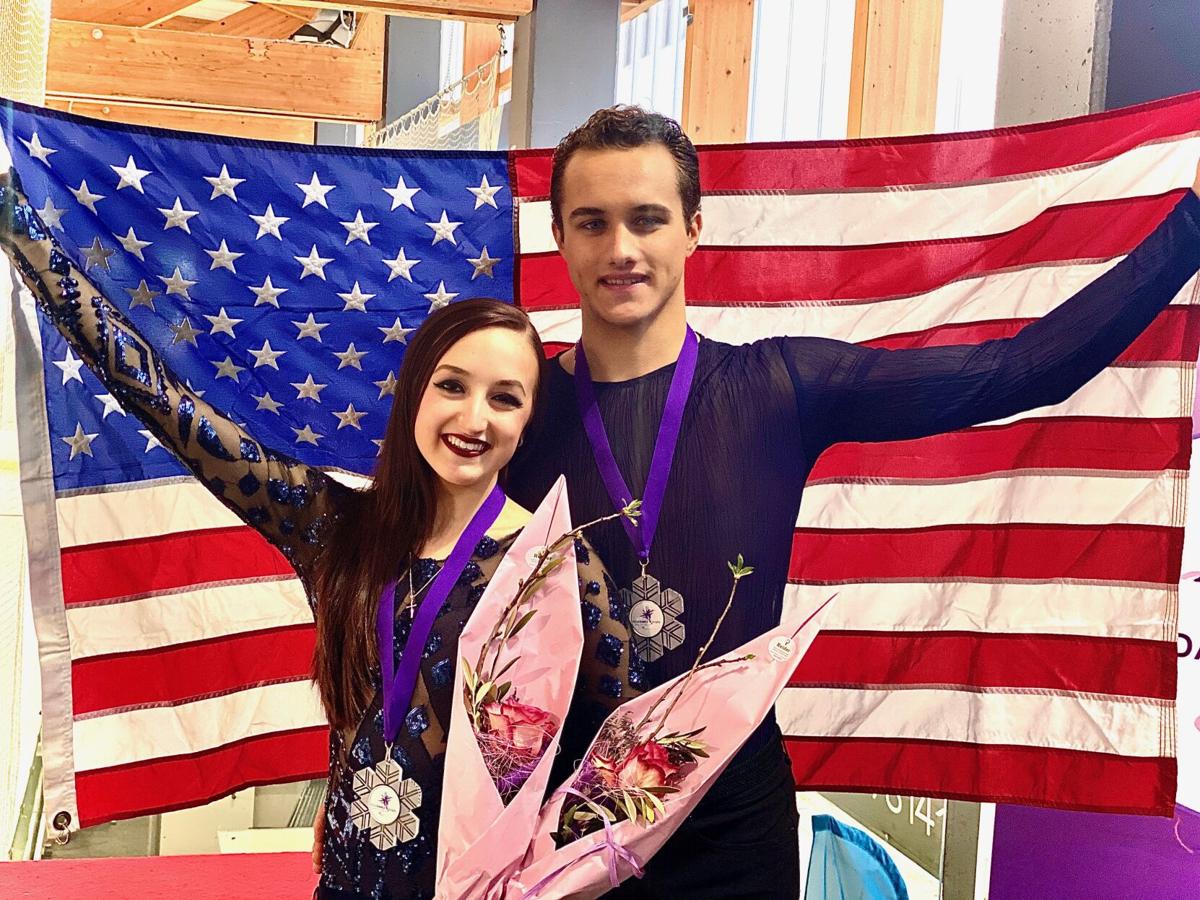 Warrenton’s Molly Cesanek, 19, and Yehor Yehorov, 21, hope to emerge as one of America’s top ice dancing teams. They’re moving from the junior to senior level this year, making them Olympic hopefuls. “We want to represent the U.S. in multiple Olympic games,” said Cesanek, who was born in Manassas but has lived all her life in Warrenton. 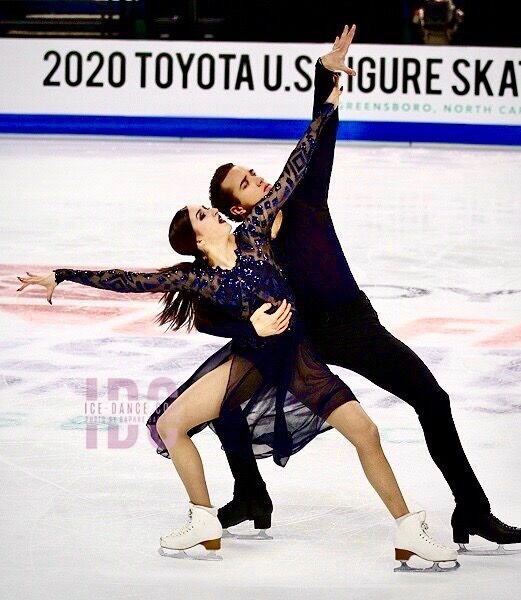 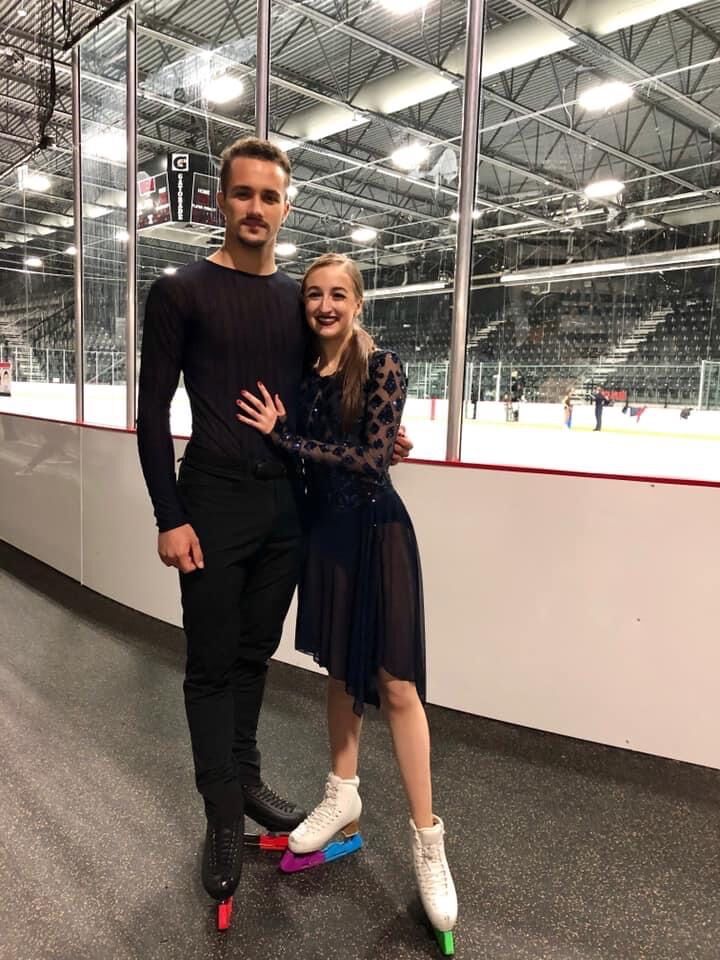 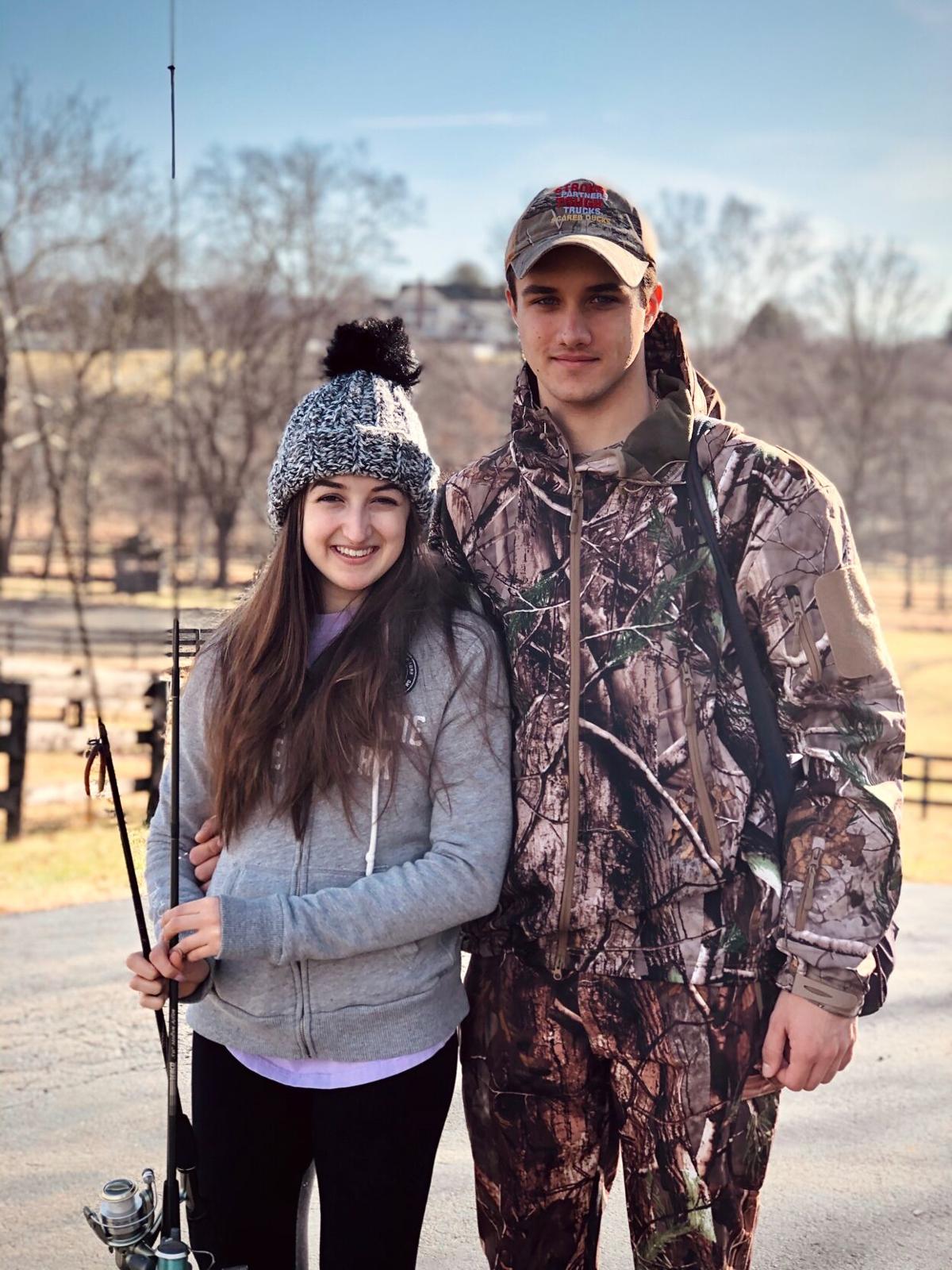 Warrenton’s Molly Cesanek, 19, and Yehor Yehorov, 21, hope to emerge as one of America’s top ice dancing teams. They’re moving from the junior to senior level this year, making them Olympic hopefuls. “We want to represent the U.S. in multiple Olympic games,” said Cesanek, who was born in Manassas but has lived all her life in Warrenton.

This coming week, a dream will come true for two Warrenton residents: They will hit the ice in Las Vegas to compete alongside the nation’s top athletes in their sport, figure skating’s discipline of ice dancing.

Molly Cesanek is a sophomore at American University. Yehor Yehorov is a 21-year-old Ukrainian working to get his U.S. citizenship. A successful team on the junior circuit since 2018, Cesanek, 19, and Yehorov are making their senior level debut at the 2020 Skate America, a Grand Prix of Figure Skating event Oct. 23-25.

“We just feel honored to be selected by U.S. Figure Skating and to compete in our first Grand Prix. It’s such a unique year and we’re excited to do our routine. Right now, we are just really excited,” said Cesanek, a 2019 graduate of Wakefield School who was born in Manassas but has lived her entire life in Warrenton.

Drawing from ballroom and other types of dance, ice dancing is always done in partners. There are no jumps. Competitors are judged more on the program elements of lifts, spins, twizzles, footwork and on performance, composition and interpretation.

U.S. Figure Skating, the sport’s governing body, selected them to the Skate America event as well as the 2021 Toyota U.S. Figure Skating Championships in San Jose from Jan. 11-21. Both will be nationally televised.

Their lives are abuzz with excitement. They have picked up sponsorships from both blade and shoe companies in Italy, and are working closely with U.S. Figure Skating officials. “There is an overwhelming amount going on when you move to senior. Nutritionists are calling them, and doctors and people from U.S. Figure Skating,” said Marci Cesanek, Molly’s mom.

After training at Rockville Ice Arena in Maryland for their first two years together under coaches from the Wheaton Ice Skating Academy (WISA), they switched to Ion International Training Center in Leesburg. Their WISA coaches still coach them there. The Leesburg rink re-opened in June, ahead of rinks in Maryland, and it’s also closer. The two leave Cesanek’s home for the Leesburg rink at 8 a.m. most days and generally stay until 4 p.m. They rehearse, lift weights and teach classes, although Yehorov has to do it as a volunteer since he does not have a work visa.

Cesanek takes her American University classes online at home, often in the afternoon.

Despite his move, Yehorov has gone home to the Ukraine a couple times a year to take some required academic exams for his own schooling. He was abroad when the pandemic hit and barely made it back from Europe before air travel shut down, arriving on March 14.

The two linked up in April 2018 when each sought a new partner at an important stage of their careers. Yehorov came over from the Ukraine for a one-month trial, and each was so impressed, that Yehorov went home, packed his things, and moved to the United States. “We had an instant connection,” said Cesanek.

Yehorov said he liked that Cesanek was “gentle” and easy to maneuver. “I never had that small a partner. I liked it. It was a good opportunity to create a lot of lifts,” he said. He also praised her technique. “How she pointed her toe, how soft her arm movements were. She had taken ballet.”

Molly liked that Yehor was so strong. “I felt like I would be taken care of,” she said. “Although we would be flying at a crazy speed, I felt confident and secure.”

They won the junior title in February at the 2020 Enga Dance Trophy tournament in Italy, and were fourth in January at the 2020 U.S. Junior Figure Skating National Championships in Greensboro, N.C.

When Yehorov moved here, he spoke very little English, but that has changed dramatically. He now lives with Cesanek’s family and is thriving.

“I’m really enjoying all my time with Molly. To share with her all my experiences, coming here and training. We’ve become the best of best friends. I never met a girl so driven, responsible and dedicated to the sport,” he said.

She is equally pleased, calling Yehor the leader in their partnership. “His strength is matched by amazing artistry,” she said.

With their senior debut less than two weeks away, they feel ready.

They’ll do a short program, now called the rhythmic dance portion, and then the four-minute free dance routine to “Make It Rain" and "Take Me To Church" by Matt McAndrew. It's a blues-style contemporary dance, Yehorov said.

A solid debut could have them on the road to stardom.

“Making it here was a goal, a huge goal,” said Cesanek. “What’s even bigger is that we have Olympic dreams. We want to go very far and be one of the top teams in ice dance.”