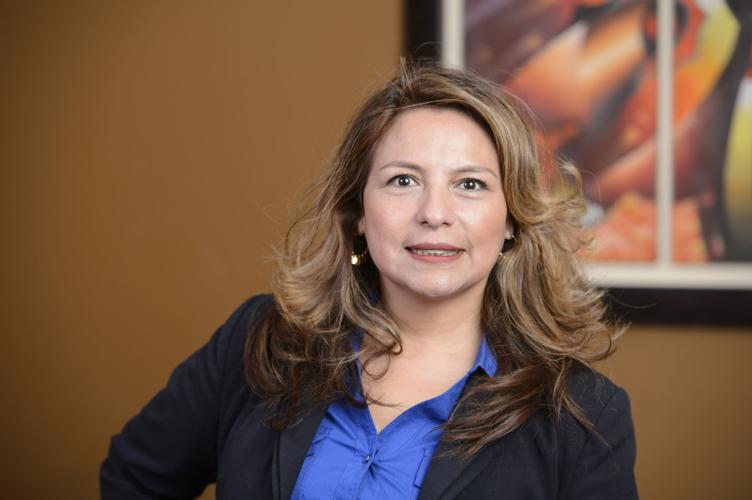 Elizabeth Guzman, a Woodbridge mother of four and an immigrant from Peru, has won the Democratic primary for the 31st District House of Delegates seat, placing her on track to perhaps make history as the first Latina elected to the Virginia General Assembly.

It was the second run for Townsend, 31, who challenged incumbent Del. L. Scott Lingamfelter in 2015 and lost by more than 1,200 votes. But it was the first try for Guzman, who said she was running to better represent Prince William and Fauquier counties’ Hispanic communities in the state legislature.

As she stood in the hot sun greeting voters outside First Mount Zion Baptist Church in Woodbridge Tuesday, Guzman said her campaign targeted very specific voters: Hispanic residents who are registered to vote but did not cast ballots in last November’s presidential election. Guzman said she assigned volunteers to chair all 24 precincts in the 31st District and made three tries to visit each voter she hoped to coax to the polls.

As the voters streamed in, Guzman said she believed the effort made the difference.

“It’s exciting to see the minority population get out and vote and they’re voting because they see somebody who’s going to represent them,” she said.

“I’m excited to see the turnout,” she added. “I’m sure it’s going to be higher than in previous years.”

Prince William County officials do not tally voter turnout on primary election day. But with more than 5,500 total votes cast, turnout appeared to have topped 10 percent in the 31st District. While still low, the number beat predictions, which ranged between 4 and 6 percent.

Like other candidates, both Guzman and Townsend credited the turnout to a local electorate that’s more engaged and informed thanks to the election of President Donald Trump, who is wildly unpopular with Virginia Democrats.

Voters have been paying attention, both Townsend and Guzman said, and want to make a difference even on the local level.

“People are very unhappy with the current administration and they want to have a voice,” Guzman said.

Townsend said she found a lot of voters didn’t know about the 2015 election, even just days before election day. That’s not likely to be the case this year.

“People are a lot more informed,” Townsend said. “I found a lot of people asking lots of questions and being much more engaged at the doors.”

In his opening remarks during a Friday candidate forum in Woodbridge, Del. L. Scott Lingamfelter, R-31st, criticized his Democratic challenger…