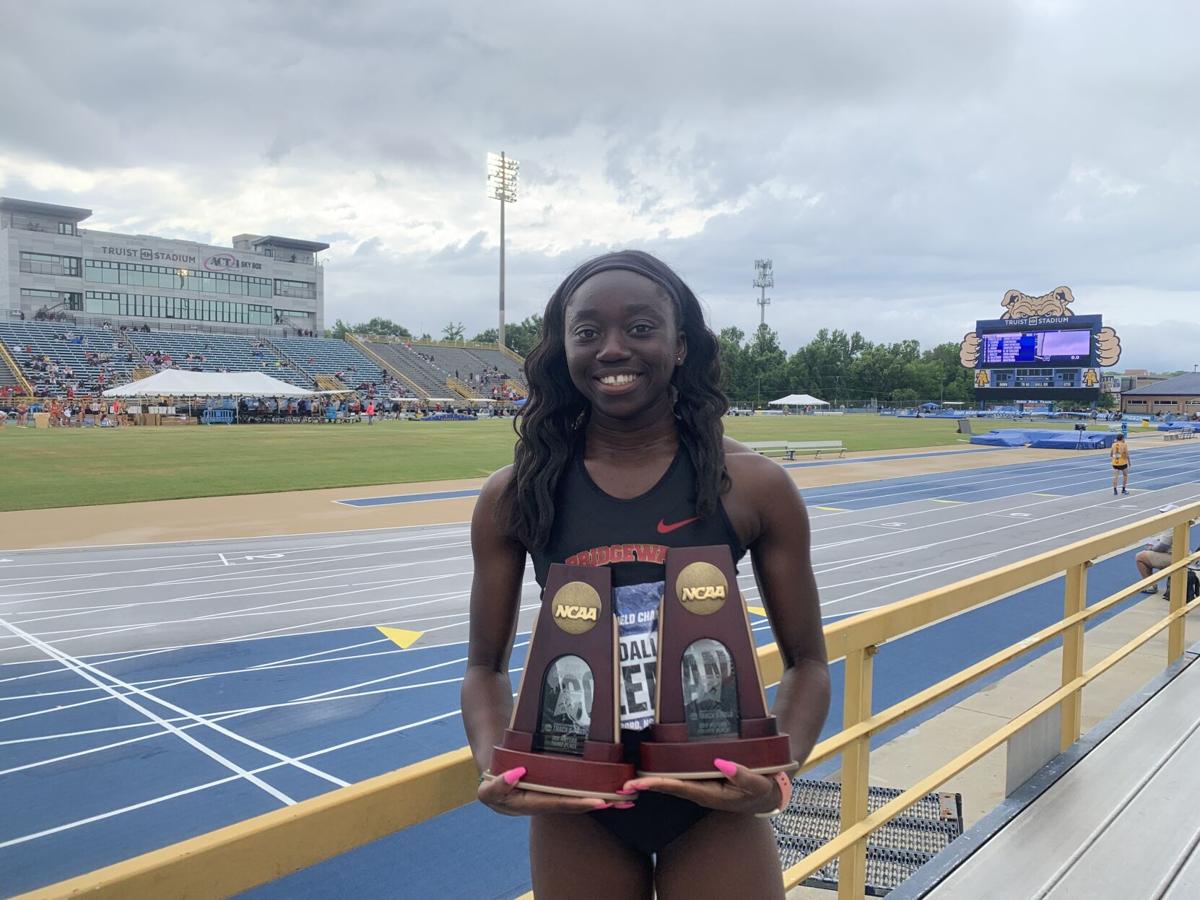 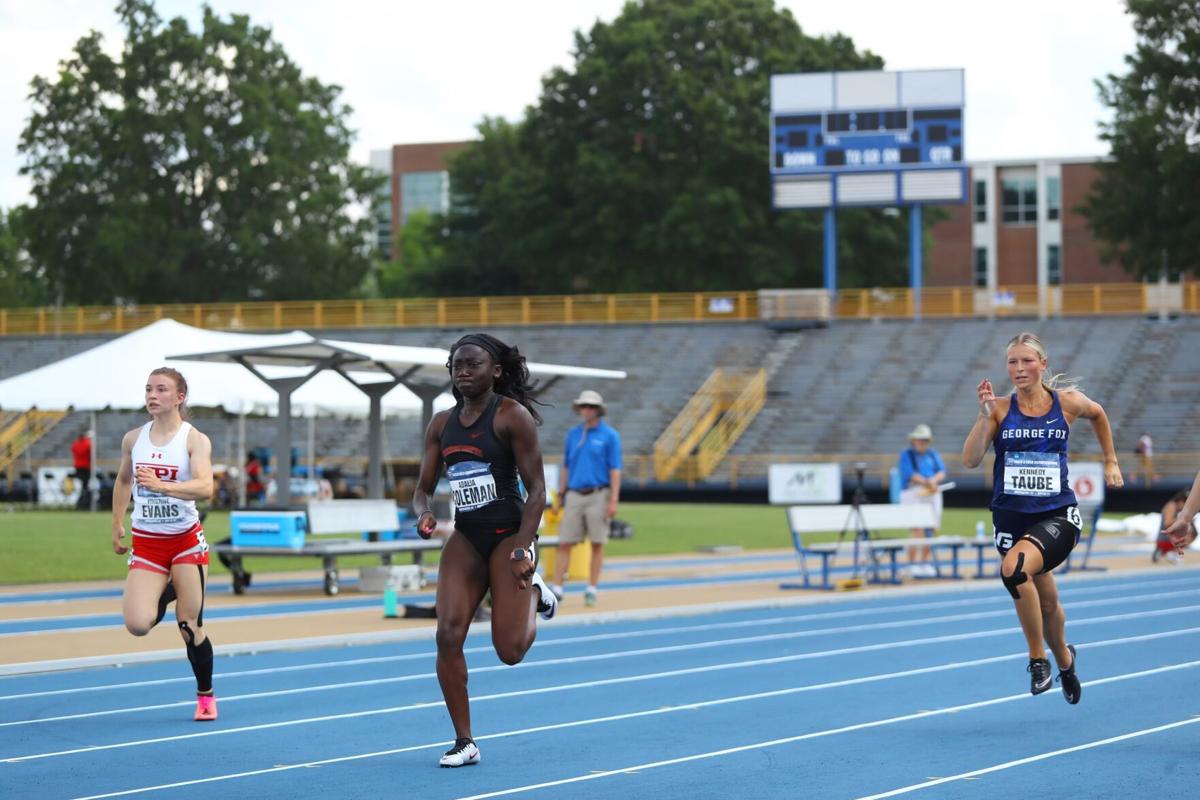 Adalia Coleman has emerged as one of the USA's best sprinters in Division III. She clocked a time of 11.96 in the 100-meter dash final, one-tenth of a second away from the silver medal, and was third in the 200 with a personal-best time of 24.34.

Adalia Coleman has emerged as one of the USA's best sprinters in Division III. She clocked a time of 11.96 in the 100-meter dash final, one-tenth of a second away from the silver medal, and was third in the 200 with a personal-best time of 24.34.

Adalia Coleman just wanted to be competitive as a freshman sprinter when she arrived at Bridgewater College to study biology.

The 2020 Kettle Run High graduate was not only competitive, she was superlative, with two third places at last week’s NCAA Division III championship meet in Greensboro, NC.

Coleman finished third in the 100-meter dash final in 11.96 seconds, one-tenth of a second away from the silver medal. The freshman added a third in the 200 with a personal-best time of 24.34 seconds.

The outcomes left her stunned.

"I kept staring at the results in complete shock," Coleman admitted Sunday. "I came into the season with no major goal in mind, and I ended up as a two-time all-American all in the span of two hours."

Coleman began drawing attention early in the outdoor season when ran a then Division III national best of 12.32 in the 100 meters at the Lynchburg College Invitational.

"I'd say that performance really had me pumped for the remainder of the season," Coleman said. "It was only March, and we were just getting started. I did not imagine success this fast."

She continued by improving her times and maintained momentum into the postseason, winning both titles at the Old Dominion Athletic Conference meet.

Coleman knew those numerius awards would mean little when she arrived in Greensboro for the national meet. "I was extremely nervous for the trials," Coleman emphasized, who was the third seed in the 100 and sixth in the 200.

"I knew I had to work my way out of prelims. They only took top two from each heat then the next best two times," she continued. "So I kept telling myself I had to be top two for a secure spot in the finals.

Coleman won her 100 heat with a personal-best time of 11.79 seconds and took second in the 200 trials (24.524) to send her to the championship round. She was more confident but was not totally calm.

"The nerves were still there but had subsided a bit," she recalled. "My coach told me to run my race, have fun and then I'd be an all-American. That's exactly what I did."

After a nine-month absence due to the COVID-19 pandemic, athletics returned to the three public high schools on Jan. 6, 2021 for the first time since March 13, 2020.