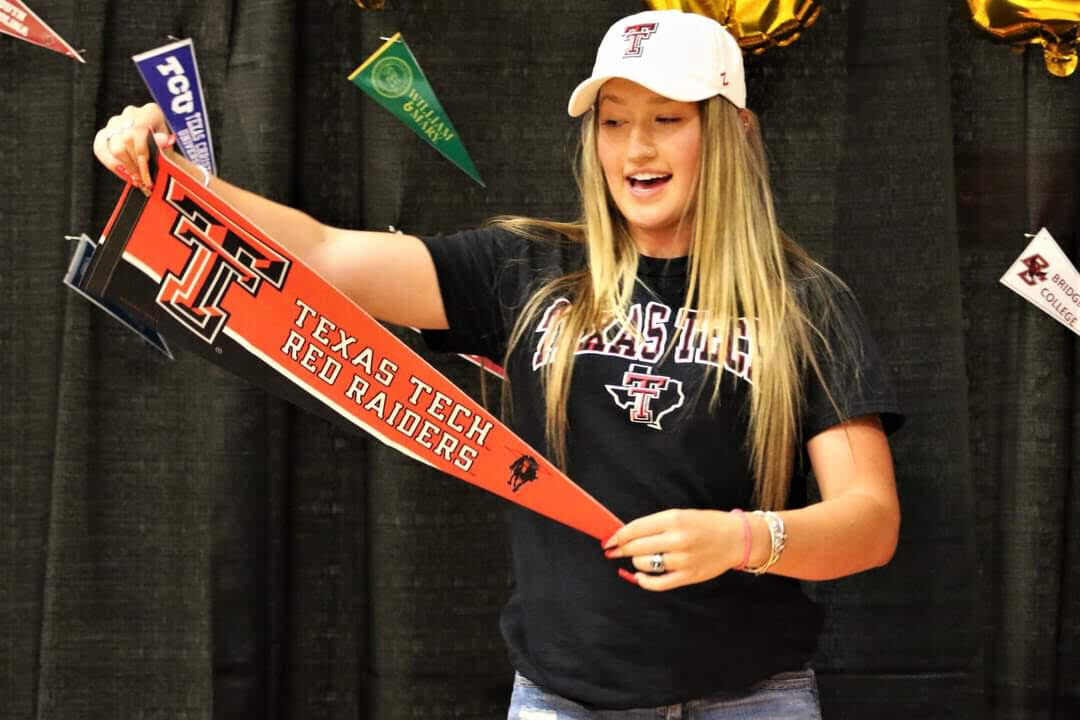 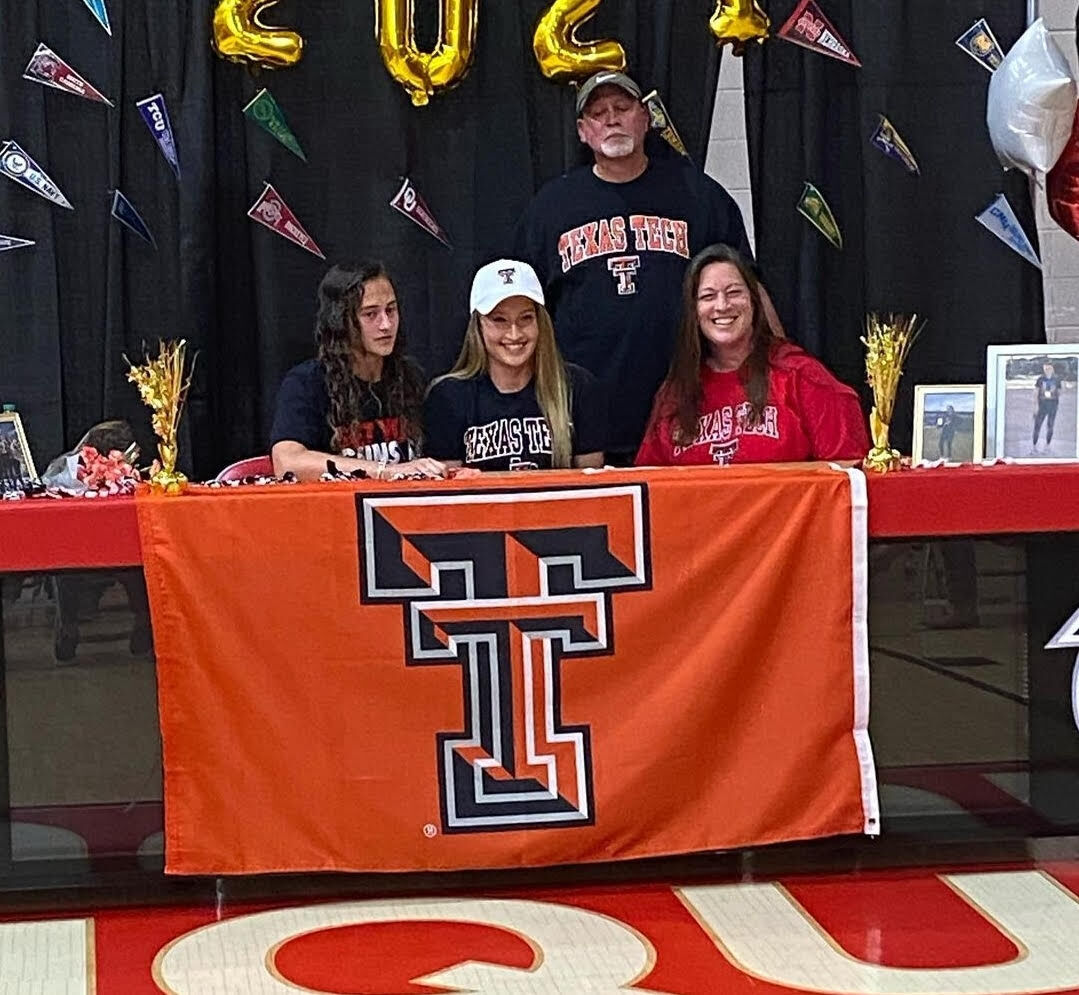 Stephanie Robson was all smiles at her signing ceremony. Standing is father Todd Robson, also an FHS assistant coach for jumps. Seated from left is sister Alyssa, a junior; Stephanie and mother Colleen Robson, an assistant principal at FHS.

Stephanie Robson was all smiles at her signing ceremony. Standing is father Todd Robson, also an FHS assistant coach for jumps. Seated from left is sister Alyssa, a junior; Stephanie and mother Colleen Robson, an assistant principal at FHS.

Stephanie Robson has fulfilled a dream.

Last Saturday, the Fauquier High senior track star signed with Texas Tech University in a ceremony at the school.

The Red Raiders' women's track and field program is ranked eighth among NCAA Division I programs, as voted by the U.S. Track and Field and Cross Country Coaches Association. Texas Tech is a member of the Big 12 Conference. Located in Lubbock, the school has an enrollment of more than 36,500 students.

"It feels very good to have accomplished an amazing goal and dream I’ve had since I was a little girl," Robson said of her decision, acknowledging the pressure of the recruiting process wasn't always enjoyable.

Robson said the U.S. Naval Academy, Oklahoma and Coastal Carolina were her other finalists, but she also mulled other offers seriously as the field began to narrow from almost two dozen interested schools.

She applied to and was accepted by the 12 schools that composed her top tier. In addition to her four finalists, that list included East Carolina, George Mason, Northern Colorado, Nebraska, Penn State, South Carolina, Virginia Tech and UNC-Wilmington.

"I think what made the decision so difficult was getting that gut feeling and confidence in the all-around program," she said. "I had a lot of schools that filled one or two of the bubbles, but then Texas Tech filled all three of the bubbles, and it was a no brainer,” she said.

She said she will concentrate on the triple and long jumps, but she said the Red Raider coaches also may try her in a multi-skill  event such as the heptathlon due to her flexibility. During her high school career, Robson also has competed in the pole vault, hurdles and several running events.

"We will play with it when I get there," Robson said, adding she is unsure of a possible academic major. She also is a member of this spring's Fauquier outdoor track team.