Fauquier County has been in no way immune to the pandemic’s economic fallout, but the county’s employment situation continues to be better than that of Virginia as a whole, according to the latest data from the Virginia Employment Commission.

After reaching a high of 2,787 total claims for unemployment insurance benefits the first week of May, the number of county residents who filed either an initial or continued claim during the week ending July 18 was 1,953, representing 5.4% of the county’s resident labor force. The latest combined claims total for the county represents a 3.8% week-over-week decrease.

(Labor force data comes from the employment survey conducted by the U.S. Bureau of Labor Statistics in May.)

The employment recovery for the state as a whole, however, has largely stalled. The combined number of weekly claims peaked May 16 at 448,256 – 10.1% of the labor force – and declined slightly in subsequent weeks. However, since June 20 the total number of claims filed weekly has changed little and stood at 395,044 last week, representing 8.9% of the state’s labor force.

The sluggish recovery statewide has been driven in part by a rise in initial claims – claims that represent the first time an individual files for benefits after being laid off – in the Hampton Roads region. That region, which includes Virginia Beach among other localities, also has experienced recently a surge in new cases of the novel coronavirus and increased enforcement of measures meant to mitigate the virus’ spread. 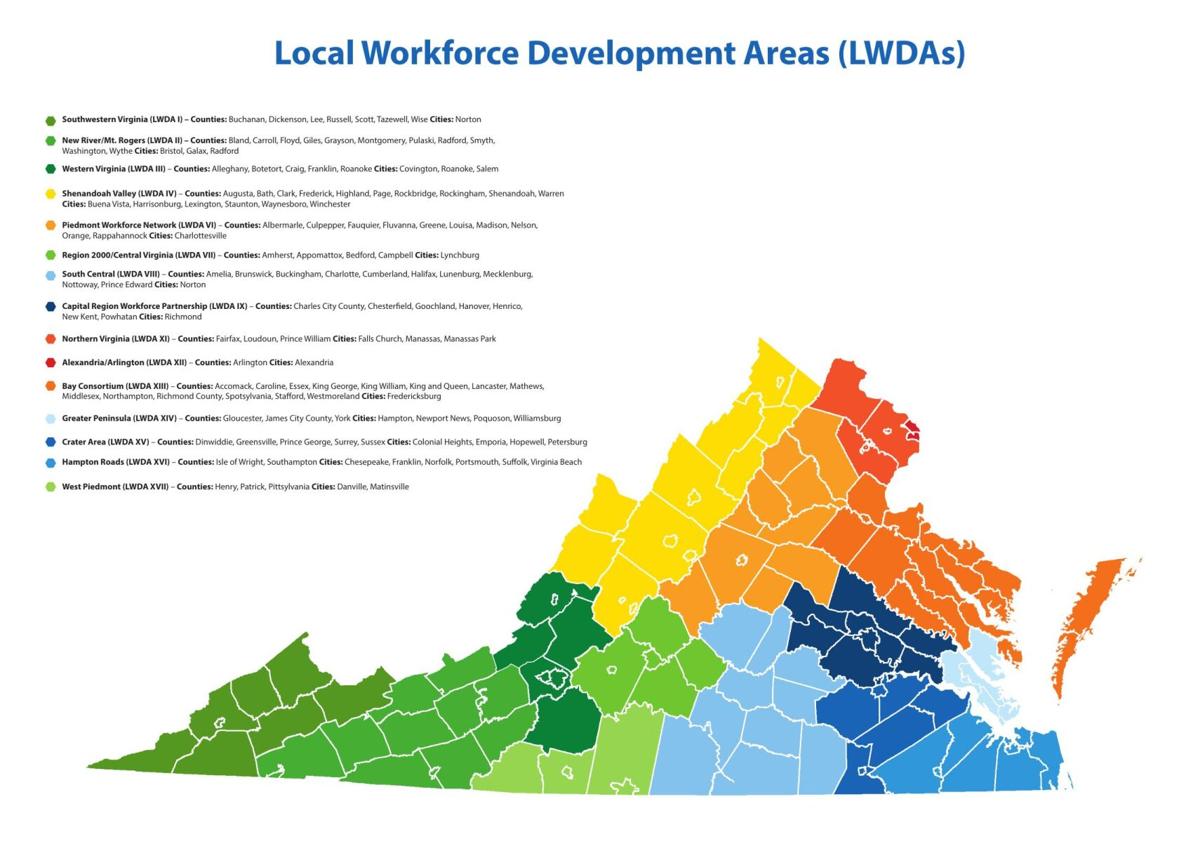 (Fauquier County is in the Piedmont Workforce Network region.)

However, last week Northern Virginia still accounted for by far the most continued claims, representing individuals who have previously been laid off, successfully filed an initial claim for benefits and remain unemployed. That is, while the number of new layoffs appears to have fallen significantly, those who previously lost their jobs during the pandemic have yet to find work.

The story is largely the same for Virginia in its entirety. Though new layoffs have slowed substantially – weekly initial claims are down 70% since their peak in early April - there are few indications from the data that laid-off workers are finding employment in any substantial numbers. Since May 16 the number of individuals filing continued claims has fallen only 12%.