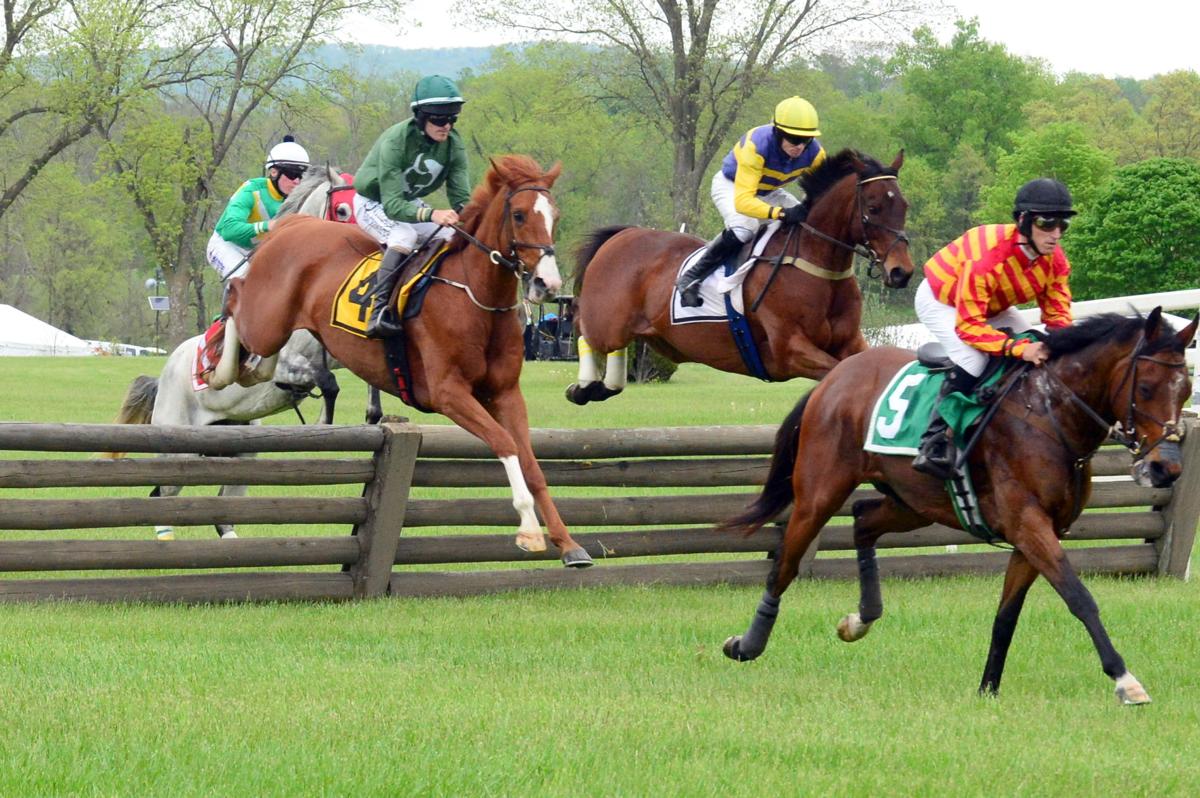 Zanclus -- No. 4 in green silks -- was behind horses for a single fence in the four-mile Virginia Gold Cup. 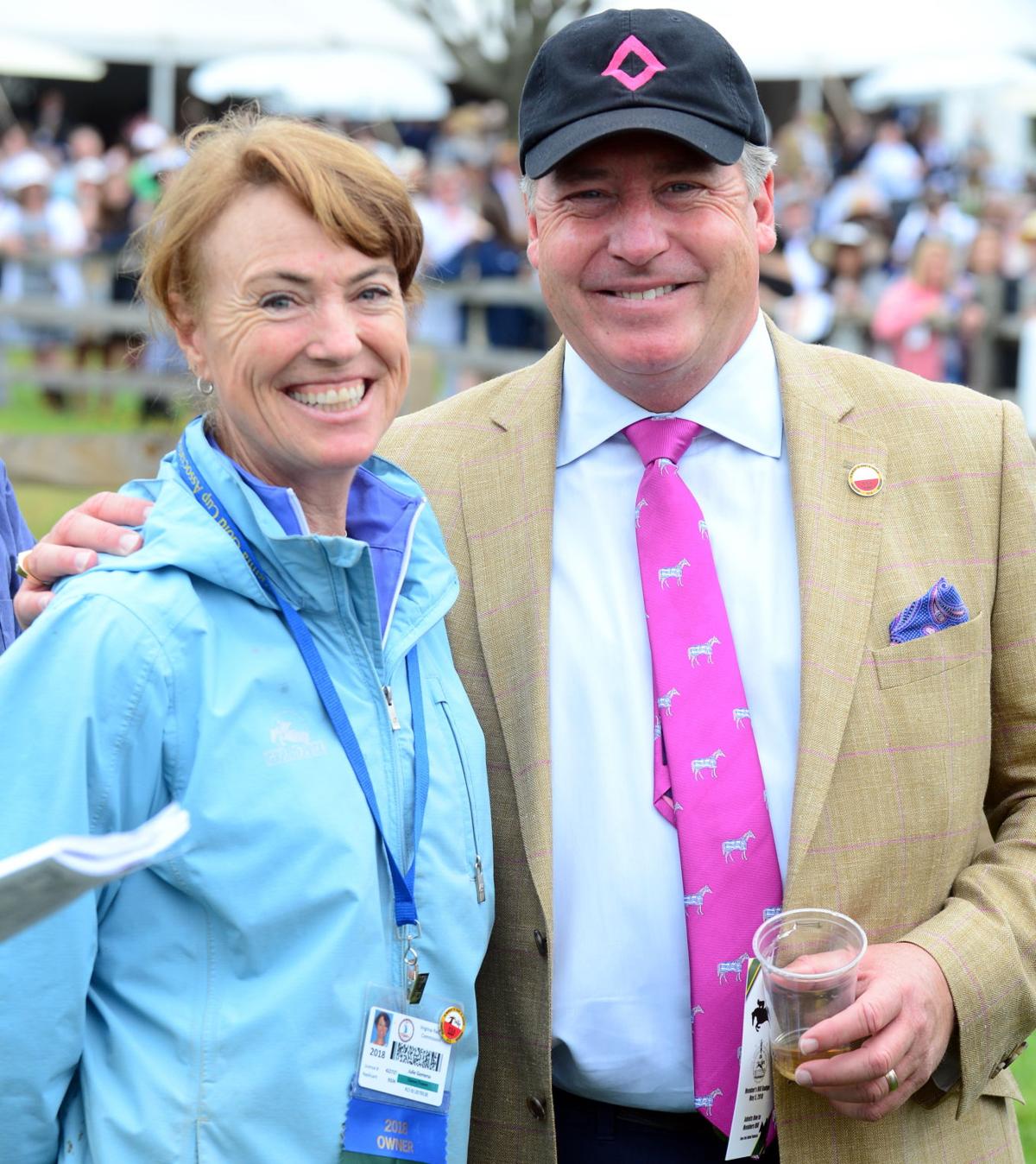 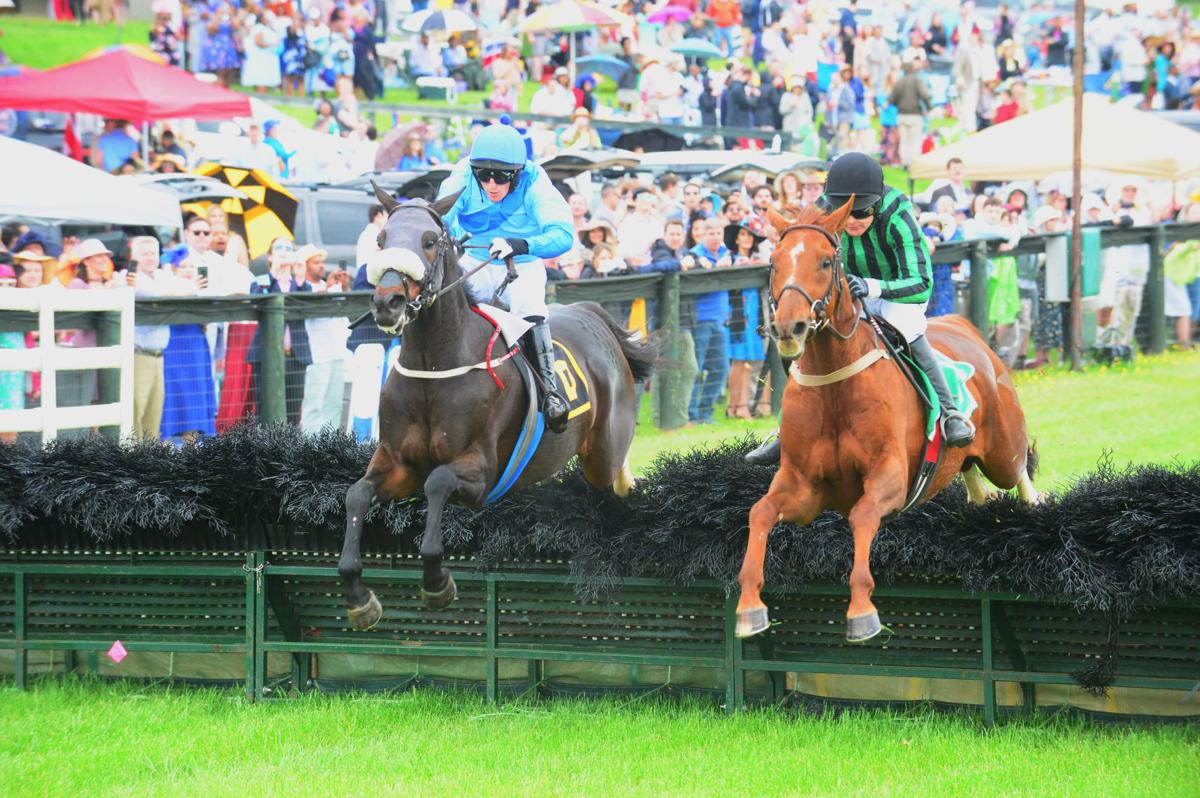 Zanclus -- No. 4 in green silks -- was behind horses for a single fence in the four-mile Virginia Gold Cup.

Fauquier County horses and horsemen ruled at Saturday’s 93rd edition of the $100,000 Virginia Gold Cup when Casanova-bred Zanclus led from the early stages of the 4-mile timber classic and won by 3 3/4 lengths for his local owner-breeders Sara and Bruce Collette, and Fauquier-based trainer Neil Morris.

Locally-based jockey Kieran Norris, a native of Ireland, was aboard for the rich victory at Great Meadow near The Plains.

Betting odds are set by the handicapper according to the number of bets on race day. The odds 6-5 indicate the that the wager pays $6 for a $5 bet. An exacta pays when the wager predicts the first two finishers in order.

Three races later, Zanclus’s 4-year-old full brother Eryx won for the team to round out the rain-splashed day.

Turnstile traffic was down slightly, said Virginia Gold Cup Association director Diane Jones, but betting handle was up – way up, with more than $132,000 wagered on the elite eight-race card.

Complete race charts are up at equibase.com.

Full story and lots more photos will be printed in this week’s Fauquier Times.

Fauquier County horses and horsemen ruled at Saturday’s 93rd edition of the $100,000 Virginia Gold Cup when Casanova-bred Zanclus led from the…