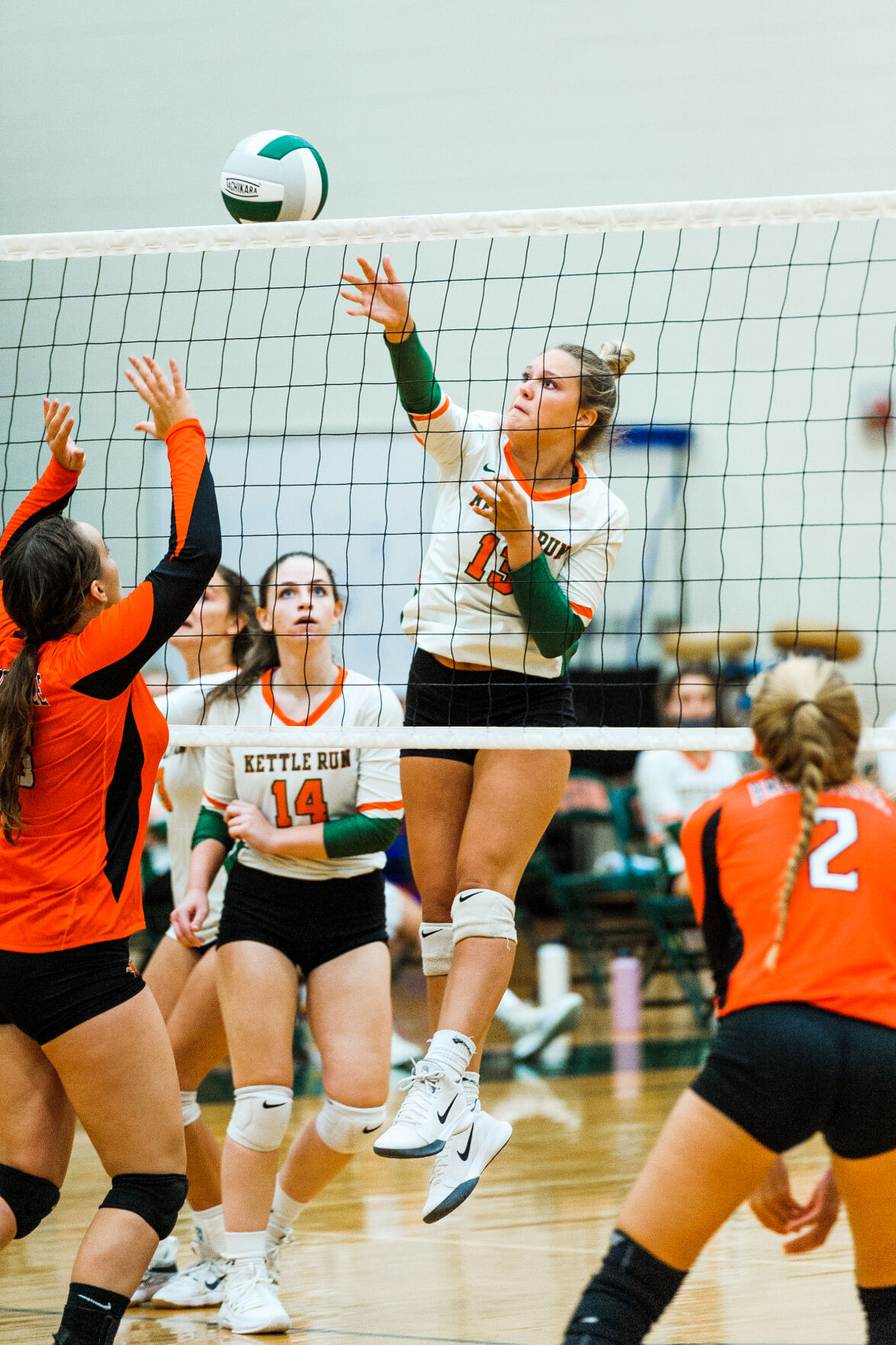 Madison Wheatley and the Cougars are off to a good start this season. 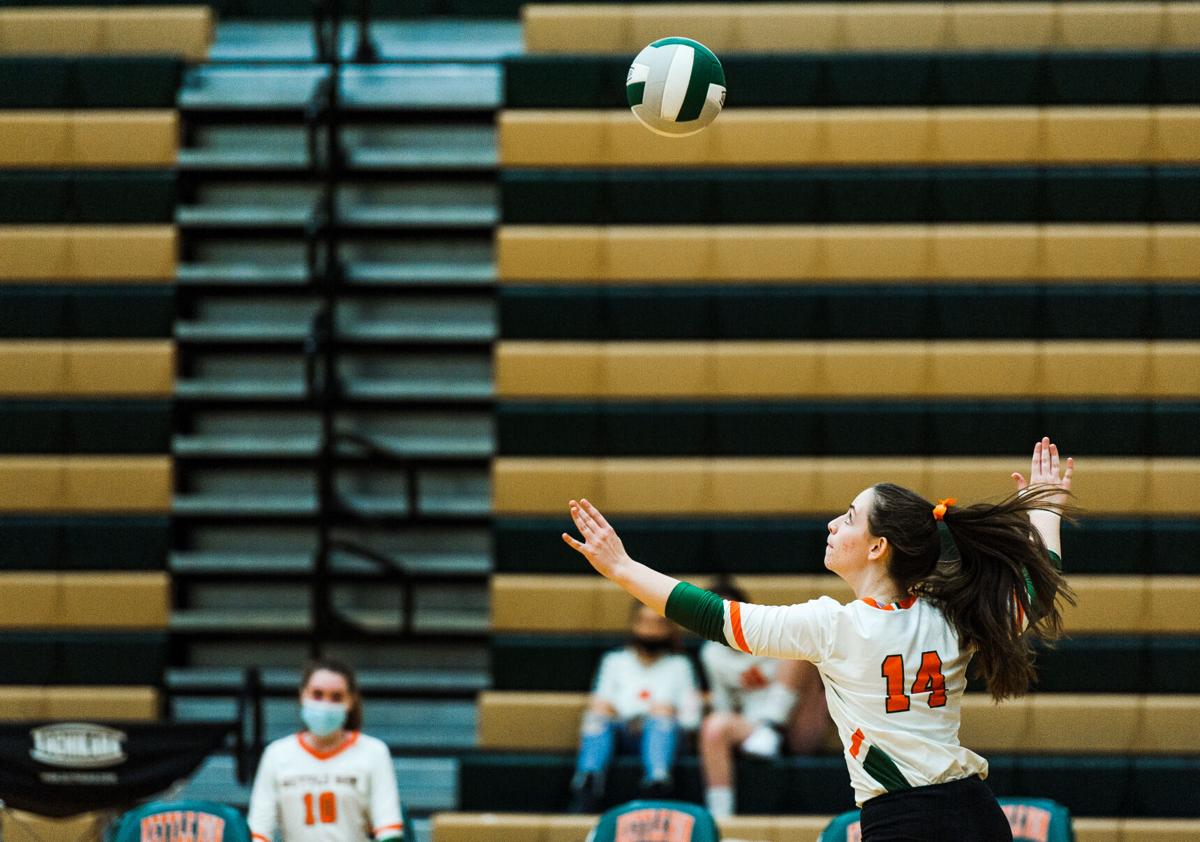 Haley Balgavy has been on fire with her serves.

Madison Wheatley and the Cougars are off to a good start this season.

Haley Balgavy has been on fire with her serves.

Kettle Run led the way with a pair of victories, while Fauquier and Liberty added one each.

"Manassas Park is a difficult team to play because they are scrappy and don't let a lot of balls hit the ground on defense," Kettle Run coach Mike Howard explained. "They also sent a lot of second balls over and were in great position on defense on a lot of our hits. It threw us out of sync and took a set and a half to get into a groove."

In the first set, a Kettle Run surge gave the Cougars a 15-10 margin, but host Manassas Park responded with eight consecutive points of their own. Manassas Park mounted a 24-20 lead, needing one point to take the set. Kettle Run forced a side out to bring Madison Perino to the service stripe. She produced five straight points for the set.

The second set also was tight before the visitors broke a 15-15 tie and never trailed again in the 25-22 win.

"In the third set, we really started getting in sync on offense," Howard said, as his team won comfortably.

"I was very happy with this (outcome) because we are a young team," the coach added."We have to learn how to win matches like this."

He noted Kettle Run needed four sets to down Manassas Park a week earlier, and an emphasis was to correct some of the mistakes in that outing. "Overall, I am really happy with our play because we are playing as a team and playing unselfishly," Howard said.

"We didn't have much of an opportunity to really get into an offensive groove because we were serving the ball well," Howard said, pointing to the team's 85 service percentage.

Balgavy had a monster night at the service line to finish with 28 points including 10 aces. Perino added seven points and Lilly five on four aces. Lilly also had five kills to go with Heflin's 10 digs and 10 assists from Balgavy and nine by Mia Jones.

Fauquier registered its second win over Brentsville last Thursday by taking a 25-13, 25-19, 25-7 decision in Nokesville. The Falcons are 2-1.

The teams were to play the previous night, but the match was postponed when Fauquier County schools dismissed early due to the threat of flooding when the remnants of Hurricane Ida passed through the area.

Fauquier also had to adjust to homecoming activities on Thursday and a later than usual start time and needed time to regain its usual focus, coach Jen Linthicum said.

"The girls played well," she said, noting everyone played in the non-district match.

The Falcons faced their first Northwestern District test Tuesday when the always strong Millbrook Pioneers visited Warrrenton in a battle of league heavyweights. Fauquier also will play at Liberty Thursday.

Liberty rebounded from a 3-0 loss to Eastern View earlier in the week to post a 3-0 victory at Spotsylvania to run its record to 2-1.