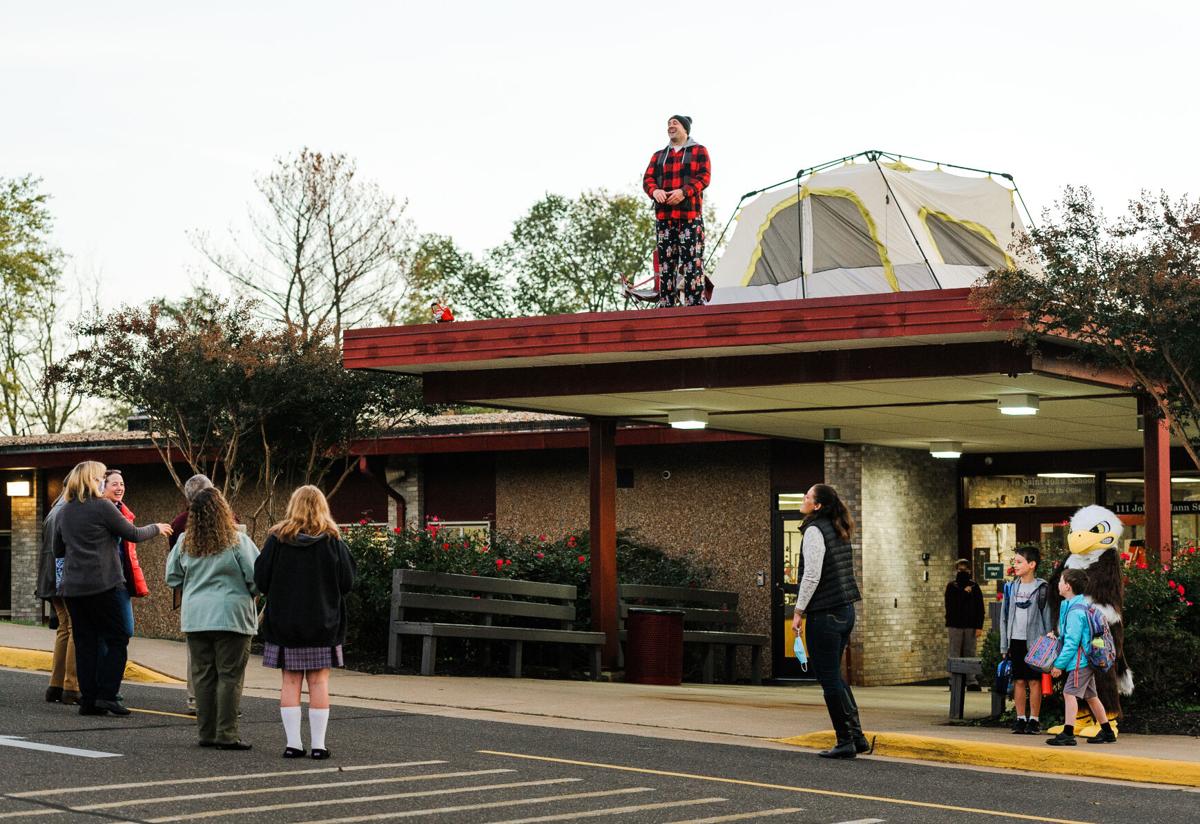 Temple Macdonald, principal of St. John the Evangelist Elementary School, slept on the roof to celebrate a record fundraising effort. 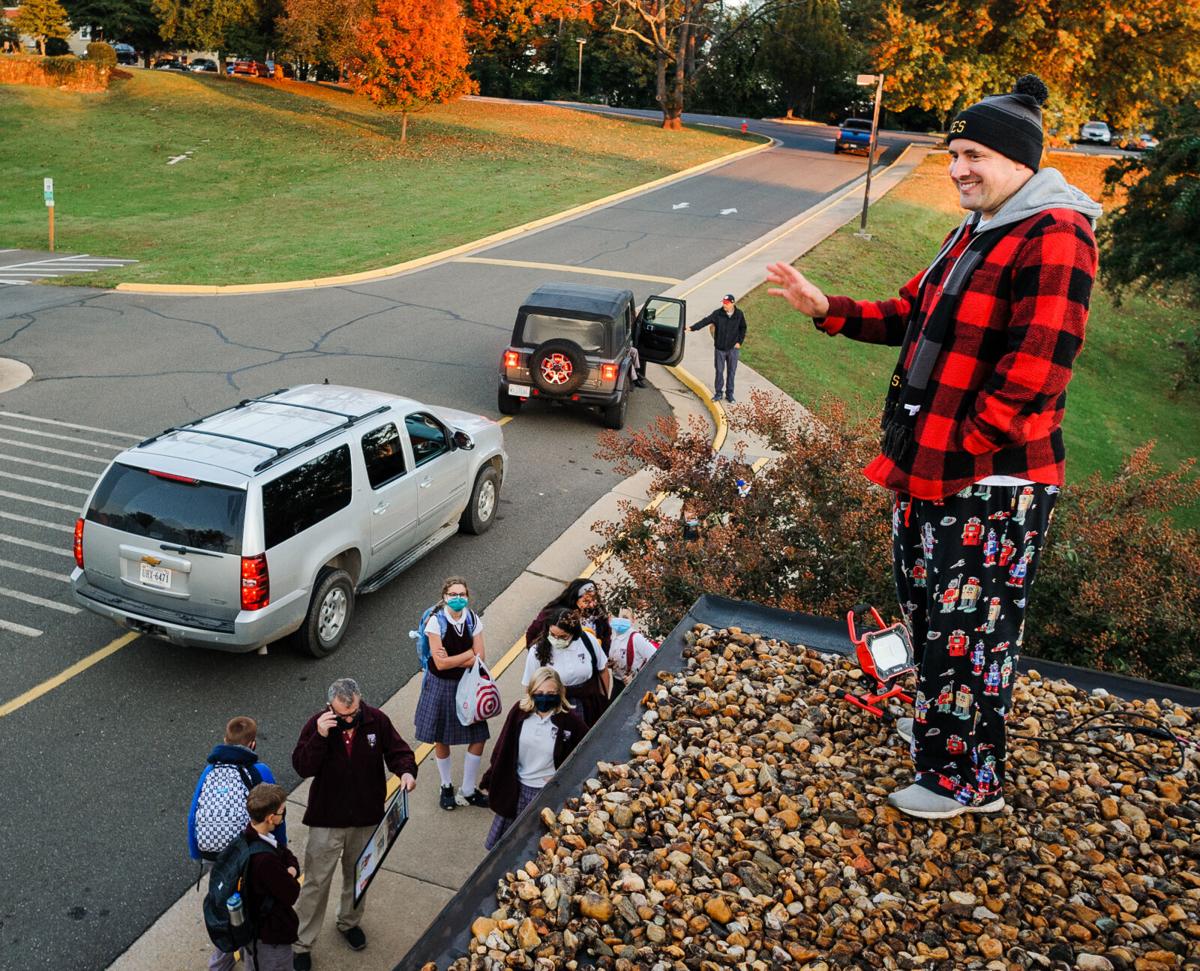 Temple Macdonald greets his students as they arrive for school on the morning of Oct. 28.

On a chilly night last week, the principal at St. John the Evangelist Elementary School in Warrenton popped open his tent for an overnight stay on the roof of the school.

Temple Macdonald promised the students if the school raised $25,000 in their annual Color Run, he would spend the night up there. The students gladly accepted his challenge and exceeded the goal. The $26,000 raised – which surpassed the school’s previous record -- will help update their technology lab.

“I am happy to make a small sacrifice by sleeping on the roof in order to thank you for this record-breaking accomplishment,” Macdonald said to students and parents, “Your continued support is what gives our school the resources and support we need, opening the doors for future learners.”

The evening of Oct. 27, parents and students drove by and waved goodnight to their spirited principal. He got some hot chocolate from a first grader who wanted to make sure he wasn’t cold. Temperatures dipped into the 40s, but Macdonald was steadfast.

Come Thursday morning, Mr. Macdonald was ready to greet parents and students from his perch above the school. The school’s mascot was also on hand to ensure no one missed the amusing sight. Kindergarteners giggled at the sight of their principal in his pajamas. “I think he has robots on his pants,” chuckled one student.

Macdonald is known for knowing the names of all his students; he won’t pass them without saying hello. At drop-off, visitors to the school can see him giving out fist bumps as each child walks through the doors.

Macdonald wasn’t the first principal at St. John to sleep on the roof. In 2012, then-Principal Art Fairweather camped atop the school after students raised more than $20,000 for the annual run, which was $5,000 above their initial goal. Fairweather surprised the current principal during morning carpool to show his support.

Macdonald said he got a few hours in before coming down, changing out of his pajamas and preparing for weekly Mass.