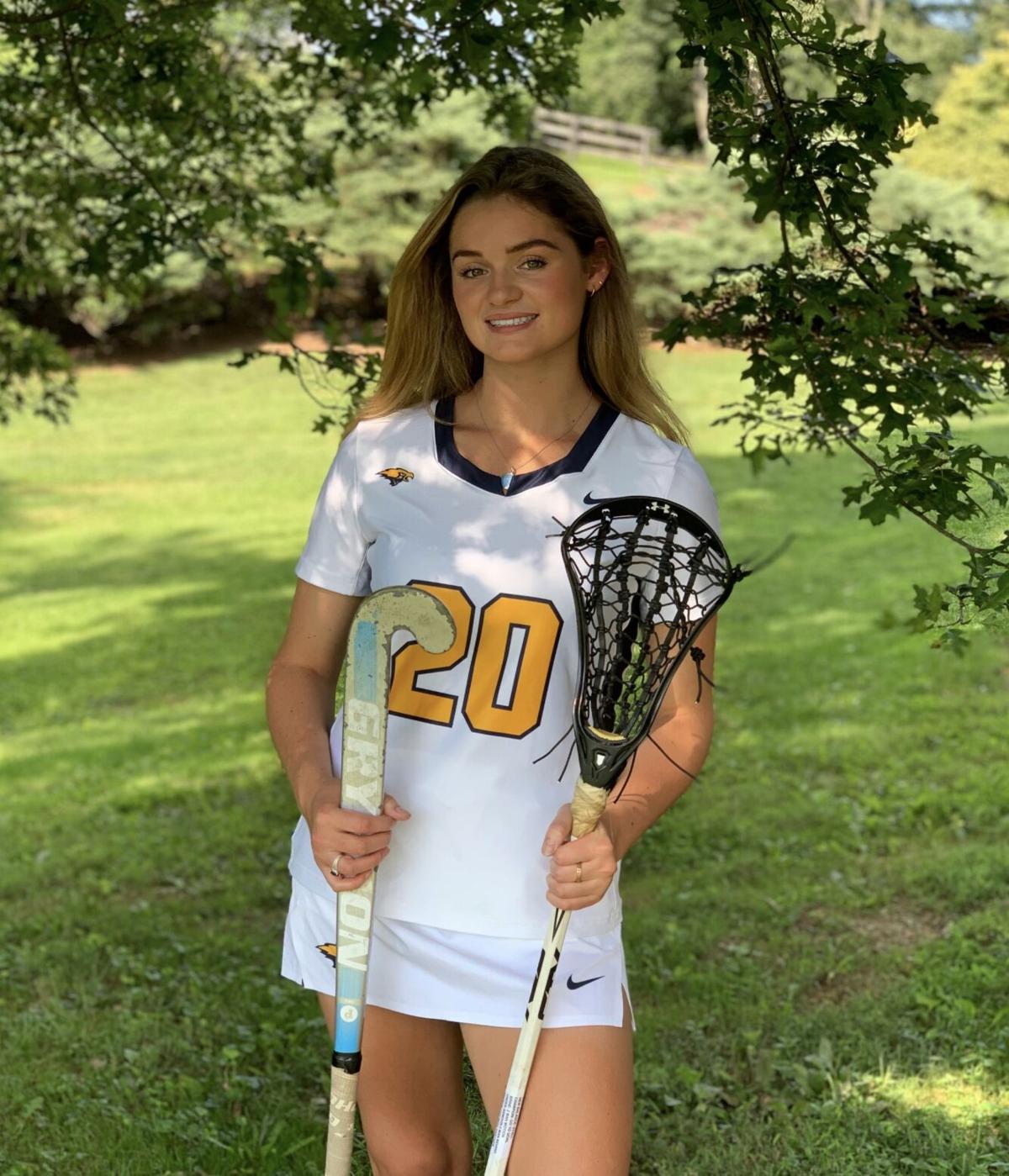 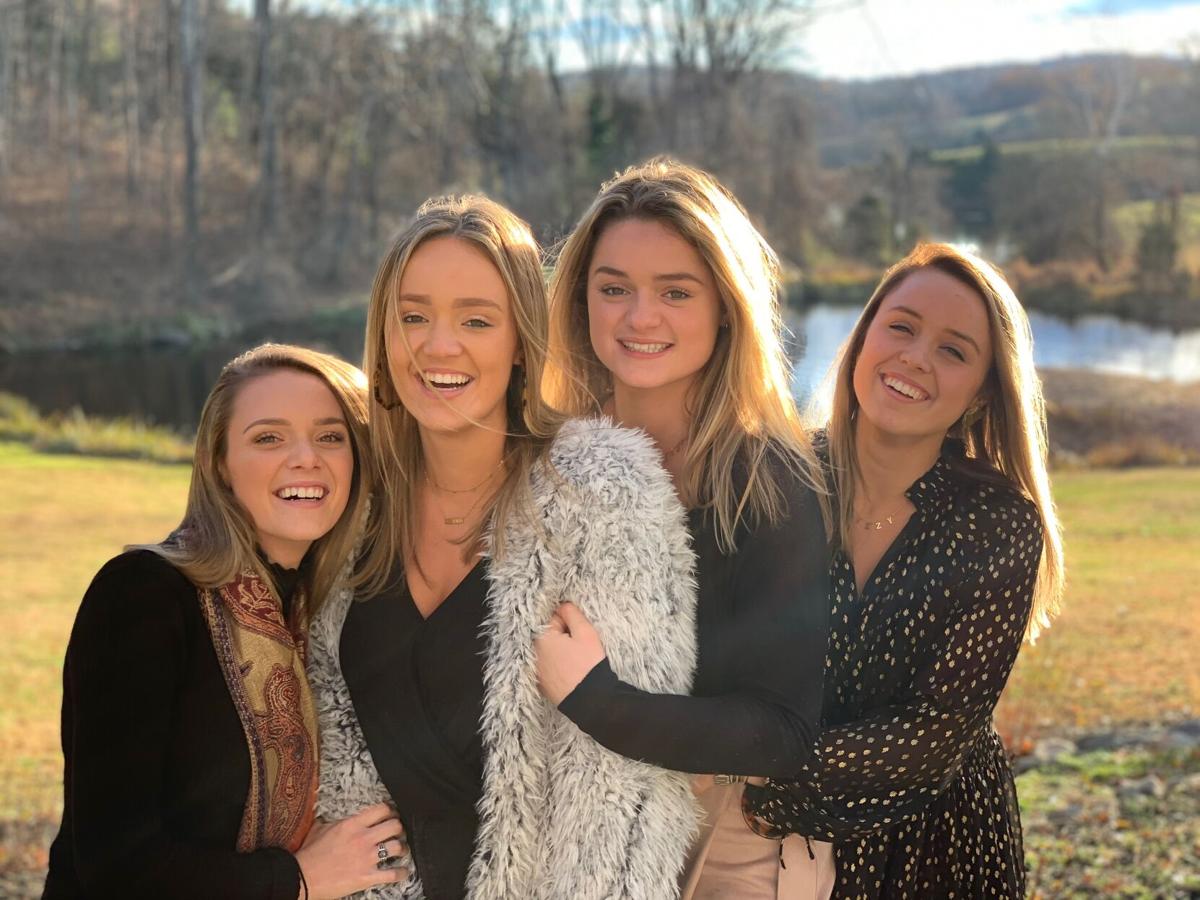 Coaches often point to “glue” players who are major ingredients in providing behind-the-scenes labor or leadership essential to a team’s championship run.

Cristina Sirianni was one of those lynchpin players for Highland School’s highly competitive field hockey and girls lacrosse teams. A member of both teams for four years, Sirianni earned glowing reviews for her leadership, work ethic and positivity in both sports.

Coupled with her skills on the field, she is Fauquier Times 2020 Highland School Girls Athlete of the Year.

"Cristina is the epitome of Highland girls athletics," said Kristen Conques, coach of the Hawks’ girls lacrosse and field hockey squads. "I can't say enough about Cristina’s leadership and the impact she has had on both programs."

She is the last in a line of essential Siriannis to shine for Highland. Her three older sisters Isabella, 25; Sophia, 23; and Olivia, 21, all basked in the limelight as Hawk lacrosse stars.

“As the ‘baby,’ she wasn’t given many breaks and was expected to keep up if she wanted to play,” said father Tony Sirianni.

Cristina, 19, benefited from being able to work out with her older sisters. In turn, they came to watch her play and saw her win three state lacrosse titles during Hawk run. Highland’s quest for its fifth state title in a row this past spring was ended by the pandemic.

Noted Tony, “Cristina’s older sisters played on very talented teams that never got to the state championship, suffering tough losses in the playoffs and finals. Cristina’s teams had statewide success early and she always dedicated her championship games to her sisters who had never won a state final.”

Sirianni captained the field hockey team as a junior and senior and was lacrosse captain as a senior. Sirianni recalled several older players taking her under their wings and wanted to repay that kindness by becoming a mentor.

"She created a team culture of positivity and inclusion, trust, and encouragement," Conques said.

Sports at Highland seemed preordained for Cristina. Mom Jennifer excelled in lacrosse at Skidmore College in Saratoga Springs, N.Y., and all four of her daughters wielded sticks at Highland. Sisters Isabella and Sophia played field hockey and Olivia tennis in the fall.

"I was so excited to go there and play the sports they did," said Sirianni, who began organized athletics in fourth grade at Hill School in Middleburg.

Sirianni favored field hockey over lacrosse, noting the late summer start appealed because it was a chance to reunite with friends.

Siriannni tallied 20 goals and added five assists in field hockey. She earned the team MVP last fall and the Coaches' Award in 2018.  She also won the Sportsmanship Award and a student athlete award.

"She was the heart of our team. She made it her mission this season to stay positive and encouraging. Cristina clearly loves field hockey and it shows every time she steps on the field. Her voice was the loudest cheering and praising them every practice and game,” said Conques.

Sirianni already has begun classes at Bucknell University. She hopes to major in psychology with a long-term goal of entering the field of psychiatry.

"I enjoy helping my friends learn about their problems and try to help them," Sirianni explained, noting her grandfather is a psychiatrist.

Family: Father Tony is CEO of a financial advisor website. Mom Jennifer is a stay-at-home mom who was captain of the Skidmore College women's …