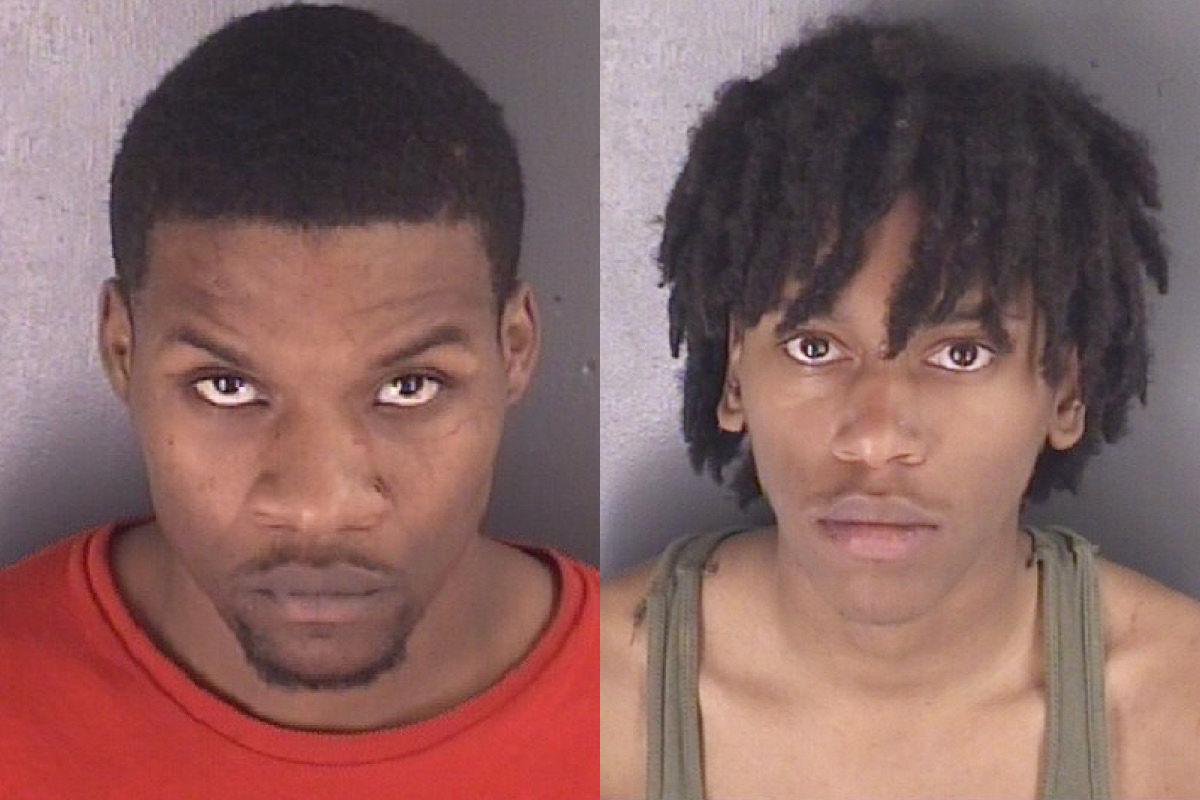 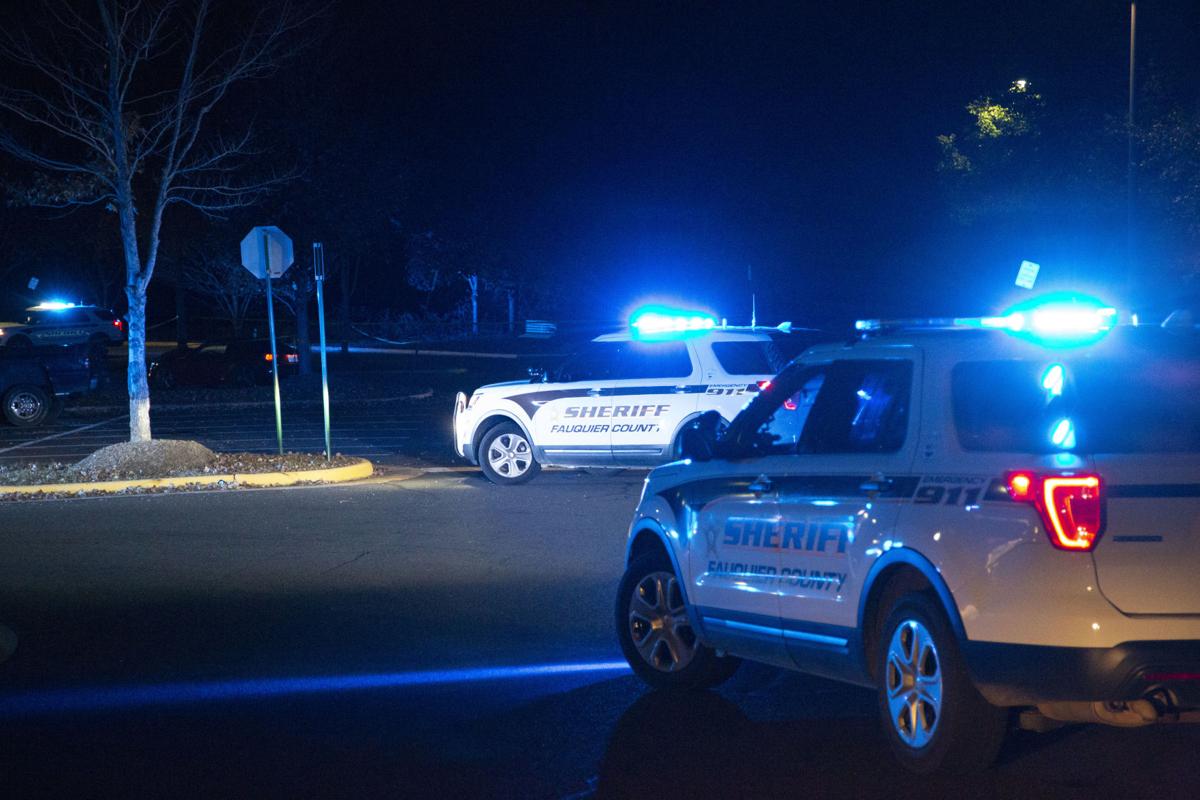 There wasa very large law-enforcement presence at the Walmart parking lot in Warrenton Tuesday evening after two people were shot while sitting in a car, the Fauquier County Sheriff's Office reports.

Two adults were injured in a shooting in the Walmart parking lot in Warrenton Tuesday evening, Nov. 5. Two adults and two juveniles have been charged with multiple crimes in the shooting, according to Sgt. James Hartman of the Fauquier County Sheriff’s Office.

The four suspects were taken into custody after a manhunt that lasted for several hours in the Midland-Elk Run area of Fauquier County.

While events unfolded Tuesday evening, news about the shooting and the search was updated several times through the county’s alert system and online. Residents in the vicinity of the search were asked to shelter in place and received updates throughout the evening.

Wednesday morning, Hartman issued a press release that revealed new details about the crime and the investigation.

He said law enforcement responded to the Home Depot parking lot in Warrenton about 5:15 p.m. Tuesday in response to a report of a shooting. Warrenton police officers and sheriff’s deputies found two victims in a red car on the north side of the Home Depot lot. It was quickly determined that the shooting occurred in the Walmart parking lot nearby, Hartman said.

The initial investigation determined the male and female victim were sitting in a red Scion in the Walmart parking lot when they became involved in a confrontation with another man standing near the vehicle, Hartman said. Further investigation determined that the man near the vehicle had come from Stafford to buy marijuana from the man in the red Scion.

A confrontation ensued when the man tried to pay with counterfeit money, according to court records. The man, who has since been identified as Deonte Tyrone Clayton-Warren, 18, of Stafford, produced a handgun and fired at least one shot into the vehicle. The gunshot struck two passengers. A third passenger was unharmed.

The shooter left the parking lot in a small white sedan and the victims drove to the Home Depot parking lot to call 911. They were transported to Fauquier Hospital with non-life-threatening injuries.

Hartman revealed that as the shooting investigation unfolded, law enforcement was notified of a traffic crash at 5:45 p.m. at the intersection of Elk Run Road and Ritchie Road in the Midland area. Witnesses described four men who were seen running from the crash scene.

The initial crash investigation determined that a white Acura sedan was traveling on Ritchie Road, disregarded the stop sign at Elk Run Road and was stuck by a Buick traveling south on Elk Run Road, said Hartman.

The four men involved in the crash -- and the white Acura they were driving -- matched the description of the suspects at the Walmart shooting, he said.

Police initiated a search for the four suspects, who were suspected of being involved in the Walmart shooting, he explained.

The four suspects were seen from the helicopter about 7 p.m., Hartman said. They were laying in the woods south of the crash location.

The two remaining suspects were located just after midnight on Elk Run Road, north of the crash scene. The suspects were identified as two adults and two juveniles (under the age of 18).

Hartman said the investigation revealed that Clayton-Warren, 18, of Stafford, allegedly shot the victims in the Walmart parking lot with a gun that allegedly belonged to the other adult, Jordan McKinley Washington, 20, also of Stafford. It is further alleged Clayton-Warren, Washington and the two juveniles traveled from the Stafford/Fredericksburg area to purchase narcotics, said Hartman.

Clayton-Warren, Washington, a 16-year-old male and a 17-year-old male, both from Fredericksburg, are charged with four felonies each: two counts of felony malicious wounding; felony shooting into an occupied vehicle; and felony use of a firearm in commission of a felony, first offense.

Hartman said that Clayton-Warren and Washington are being held with no bond at the Fauquier County Adult Detention Center. The two juveniles are being held at a regional juvenile detention center.

Hartman said that the Fauquier County Sheriff’s Office would like to recognize and thank the citizens in and around the search area for their patience, cooperation and assistance.

Sheriff Bob Mosier also extends sincere gratitude to the Warrenton Police Department, Stafford County Sheriff’s Office, Virginia State Police and the Fairfax County Police Department for the assistance provided during the search for these suspects and for helping to bring this to a safe resolution for all involved.

Over the weekend, a resident on Elk Run Road located what turned out to be counterfeit money on their property.   Sgt. James Hartman of the Fa…

Dishonest and craven people like the KKK robe wearing northam and guzman will tell us that disarming law abiding citizens will make us safe.

Nothing could be further than the truth.

Rt 28 appears to be the gateway road for the PW gangs to come into Fauquier, commit crimes and return back to PW, great job Fauquier LE for going after and apprehending these criminals and murderers, now the courts need to send a strong message......

Sounds like a drug deal gone bad. Appears the Walmart parking lot has become a gathering place for drug gangs. That 19 year old kid that was shot and killed in his driveway on Old Auburn Mill Rd., had just returned from a cocaine deal at Walmart according to news reports.

Aww but let's focus on taking guns away from law abiding citizens instead of dealing with criminal gangs.

Walmart might want to think about providing some security in their parking lot. I'll wait till they do before I shop there again. Thanks to our law enforcement personnel for an outstanding response and result.