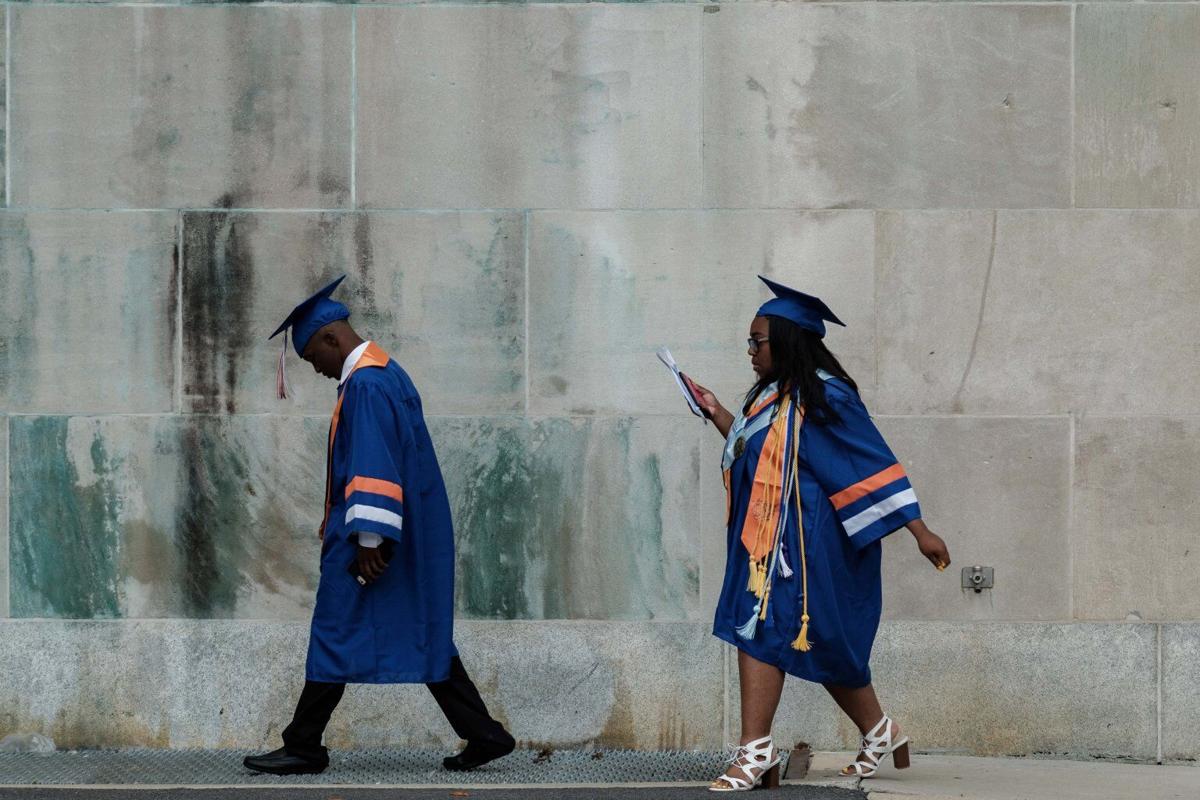 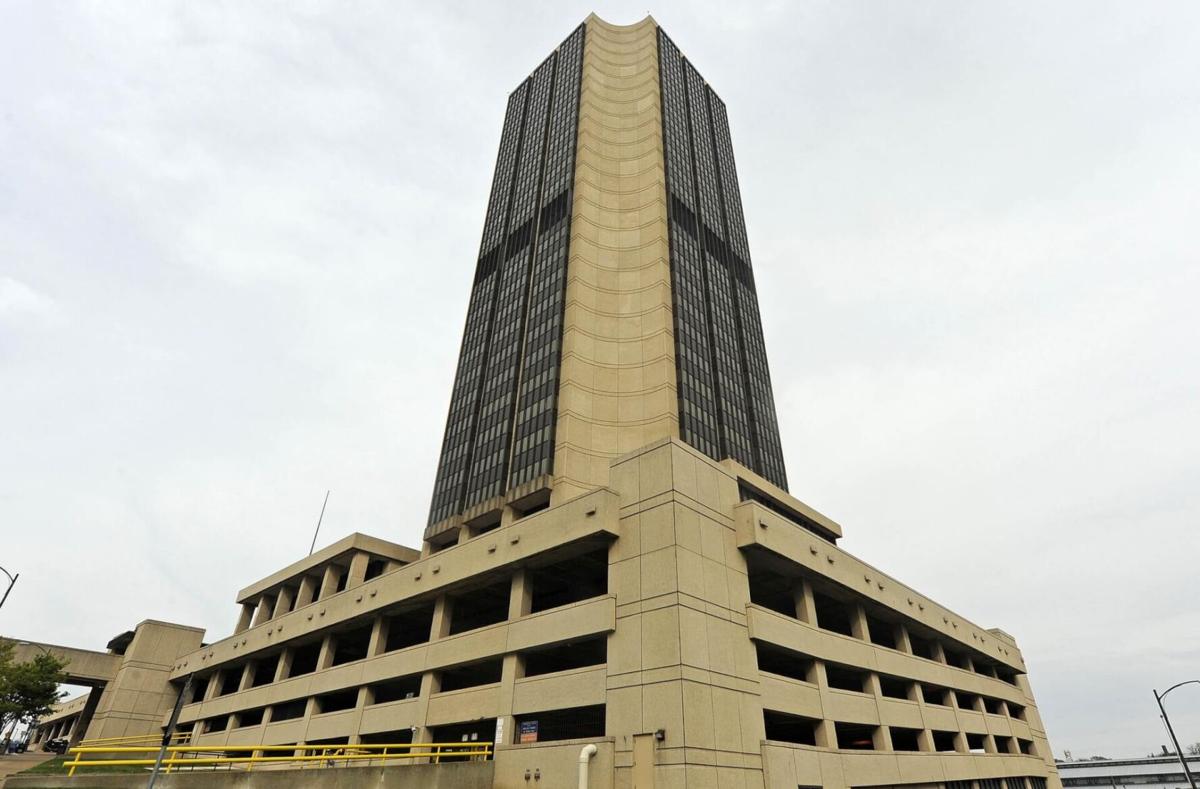 The Virginia Department of Education is headquartered in the James Monroe Building in Richmond.

Black high school students in Virginia are sharply underrepresented in Advanced Placement courses even when they’re not low-income — and even when they attend advantaged, largely homogeneous schools, a new report says.

The same findings don’t hold true for other student groups, and are part of a larger focus on disparities in Virginia’s public school system. Researchers from Virginia Commonwealth University and Penn State’s Center for Education and Civil Rights have been exploring those differences over the last year, starting with an analysis of school segregation within district boundaries released in November.

“We really set out to take as full a snapshot of school segregation in Virginia as we could,” said lead researcher Genevieve Siegel-Hawley, an associate professor at VCU’s Department of Educational Leadership. The group’s latest papers, released Tuesday, examine state and national data to explore relationships between race and poverty in public schools.

A core finding was that the number of schools with “concentrated” racial and economic disadvantage — defined as those where more than 75% of the student population is Black and/or Hispanic and eligible for free or reduced-price meals — increased from 97 in 2009 to 156 in 2018. Enrollment in those schools has nearly doubled overall, and climbed 60% among Black students.

At the same time, low-income students of all races and ethnicities — which Virginia defines as eligibility for free and reduced lunch in addition to other federal aid such as the Supplemental Nutrition Assistance Program, or SNAP — are four times less likely to take AP classes as their peers. Black students, who make up nearly 22% of the state’s high schoolers, are generally underrepresented in AP classes (with just 12.7% of total enrollment). Non-disadvantaged Black students make up 7.3% of AP enrollment, while low-income Black students make up only 5.4%.

Siegel-Hawley said the work aims to illustrate the de facto learning disparities that still exist in Virginia schools — even as districts increase the diversity of their student populations. But parsing the reasons for existing inequalities, and the complicated relationships between race, poverty and academic success, is a tougher question.

It’s one that the Virginia Department of Education has been highlighting. Spokesman Charles Pyle said the studies were conducted under contract with the department, and researchers have “regularly updated” state Education Secretary Atif Qarni with their findings and recommendations, according to Siegel-Hawley.

In some cases, Virginia’s growing focus on addressing inequities has garnered national attention. Furor broke out last week after conservative outlets covered a potential initiative to restructure the state’s high school math curriculum. Fox News also wrote a widely circulated story on a suggestion — addressed in a Board of Education subcommittee — to consolidate the state’s standard and advanced diplomas into a single diploma. A similar idea for establishing one “Virginia diploma” was explored by the state’s Board of Education in 2016.

Ultimately, so-called “double segregation” — the idea that students are still stratified by race and poverty — is a growing concern for Virginia educators amid persistent differences in standardized test scores, graduation rates and advanced class enrollment. Most of that data is publicly available through VDOE, but the most recent papers from VCU and Penn State are the first to analyze state data on advanced enrollment by race and socioeconomic status.

There are frequent parallels in the numbers. White and Asian students make up more than 70% of enrollment in AP courses and have far higher median family incomes than Black and Hispanic residents. White students, especially, make up more than 80% of enrollment at schools with “concentrated advantage” — where less than 25% of students are eligible for free and reduced lunch and more than 75% are white — despite comprising less than half of all high schoolers, according to the report.

“As a society, I think we’ve become increasingly comfortable with the idea that you can buy access to a public school,” Siegel-Hawley said. Overall, white and Asian students are more likely to attend advantaged schools in suburban areas that offer a broader range of AP classes. Black and Hispanic students, in comparison, are more likely to attend less advantaged schools with fewer AP offerings and a much higher percentage of low-income learners.

The same stratifications can be seen in many of the state’s competitive governor’s schools for gifted students, which have come under fire for their lack of diversity.

Researchers from VCU and Penn State framed it as an issue of “access” to advanced classes, which, in the context of the studies, is defined as the percentage of enrollment in AP courses by race, ethnicity and socioeconomic status, Siegel-Hawley said. But for some students, enrollment in more privileged schools doesn’t always translate to higher levels of involvement in advanced classes.

Low-income white students in rural areas, for example, are much less likely to enroll in AP courses than white students generally — especially those from higher-income families. But Black AP enrollment doesn’t significantly increase even among economically advantaged students in city and suburban school districts.

“At the same time, even when Black students do gain access to less segregated settings that might have more AP courses, they have disproportionately lower enrollment in those classes,” Siegel-Hawley said. Those differences are harder to address. A recent literature review by a separate group of VCU researchers — published earlier this month by the university’s Metropolitan Educational Research Consortium — identified multiple potential reasons for the disparities.

One of the first was parent advocacy, which is more commonly documented among higher-income families (who are also more likely to be white). There’s also anecdotal evidence that low diversity in AP classes dissuades some students of color from enrolling.

More systemically, there’s growing scrutiny of “tracking” — the process of directing students into advanced, standard or remedial courses. Often, this happens before high school. Nationally, white and Asian students are much more likely to be directed onto advanced tracks, while remedial courses are disproportionately filled with Black and Hispanic students.

VCU and Penn State researchers recommended that Virginia school divisions eliminate the lowest academic track for students and “actively” work to enroll all students in higher-level coursework. Those systemic changes would require a high amount of state-level buy-in, including “appropriate training for teachers and additional support for students,” according to the paper (subsidized AP exam fees for low-income students was one example).

At a more basic level, Siegel-Hawley said they’re also pushing for greater transparency and reporting on existing disparities, including annual reporting on AP enrollment and exam scores by race, economic status and race and economic status. VDOE has already begun to share that data publicly, according to Pyle. But monitoring and improving schools with large enrollment and achievement gaps is another long-term goal.

“To some extent, data collection is a really important first step that I think the state is already taking in some ways,” Siegel-Hawley said. “Because that helps bring public awareness to the issues and helps make the case for why they matter.”