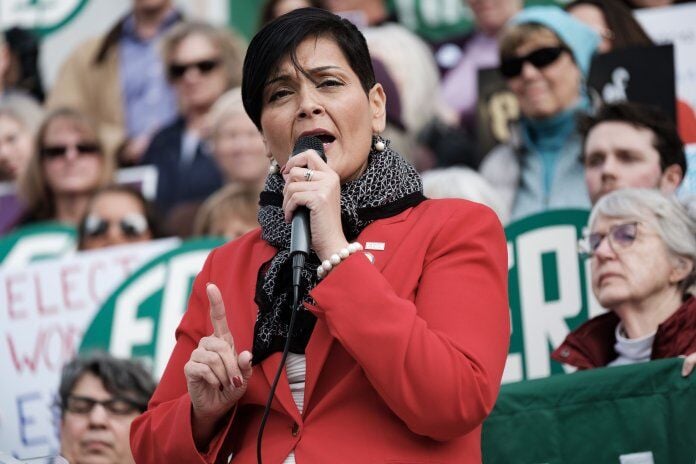 Del. Hala Ayala, D-Woodbridge, spoke at a rally in 2019 on the steps of the Capitol in support of the Equal Rights Amendment. 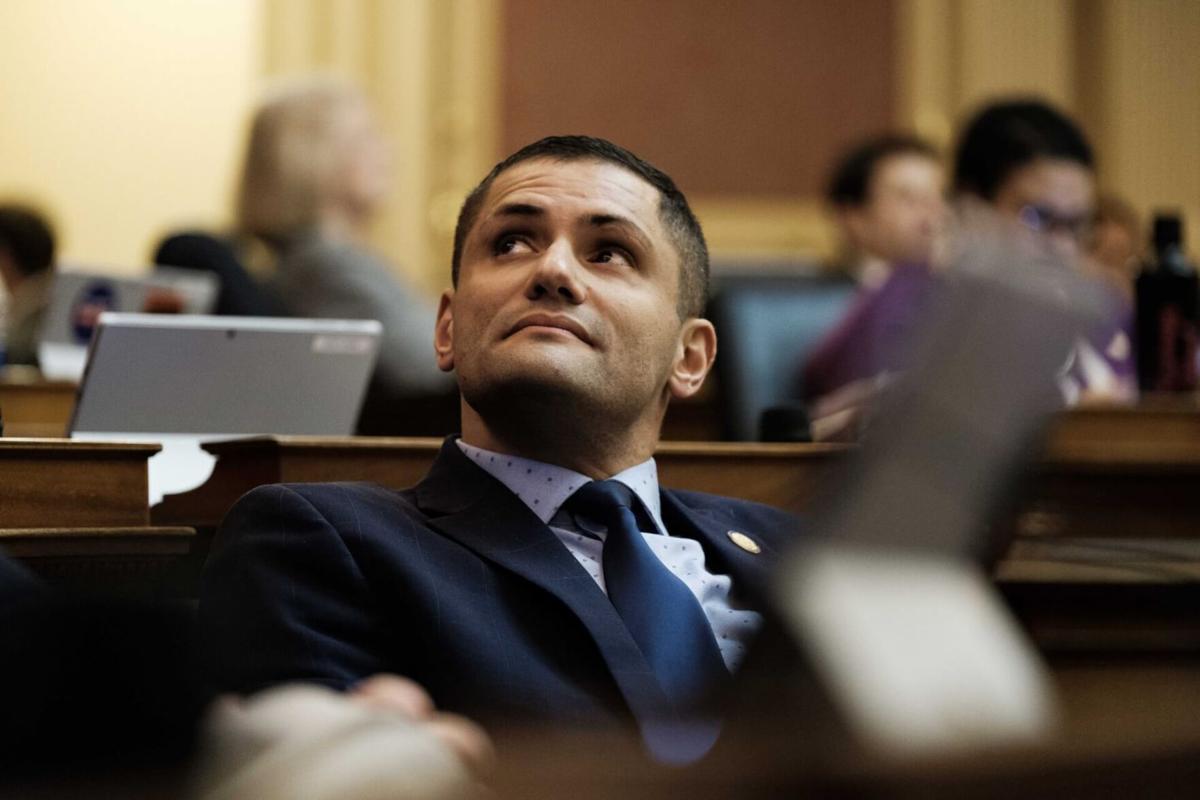 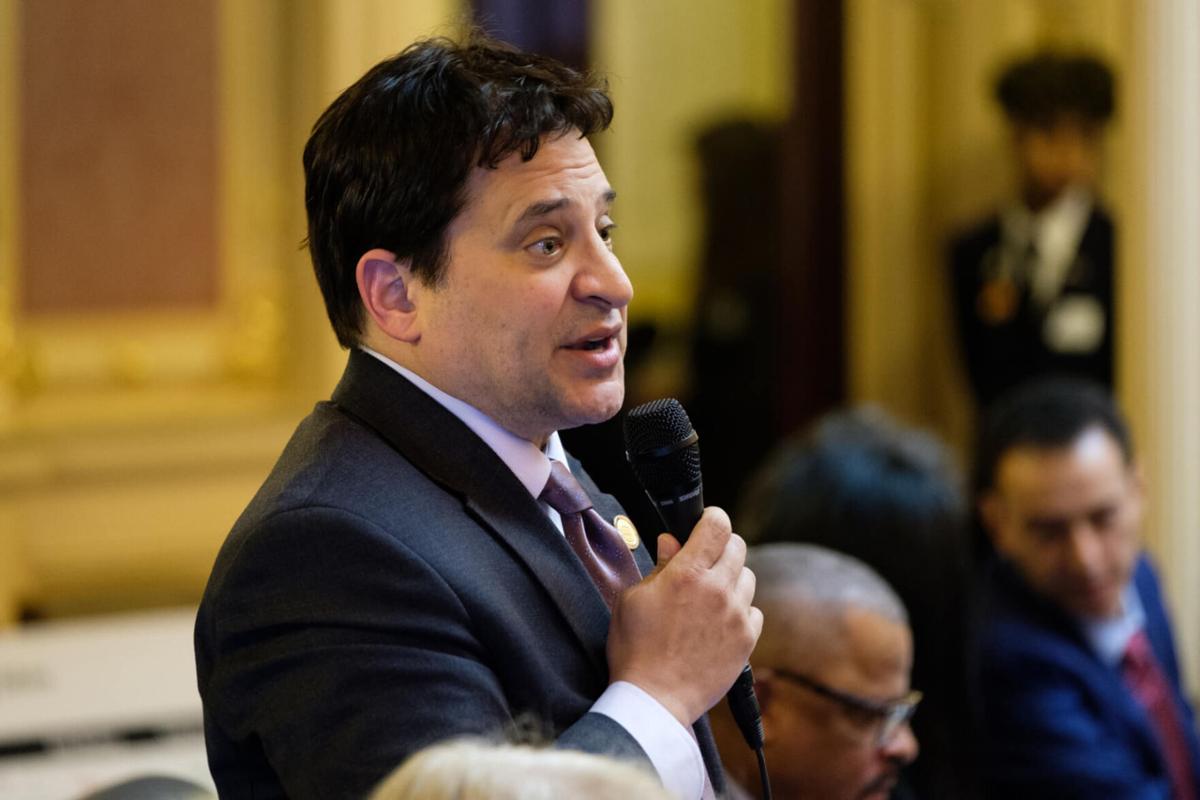 If the last public poll was any indicator, Virginia Democrats still have lots of homework to do before making their picks in the primary for lieutenant governor.

“We’re glad to see the way things are trending,” Rasoul said in an interview, attributing his leading status to a “values-based campaign” focused on in-person trips to cities and counties throughout Virginia, including areas where voters “feel forgotten.”

The numbers suggest there’s still lots of room for movement in an open field that once stood at eight candidates but has shrunk to six heading into the final month before the June 8 primary.

With a crowded primary for governor happening at the same time, said longtime Virginia political analyst Bob Holsworth, it can be difficult for candidates running in a downballot contest to try to build a statewide profile.

“Many of these people are unknown outside of their own region,” Holsworth said.

Candidates are just starting to roll out their first TV ads, and the arrival of warm weather is giving them more freedom to do socially distanced events rather than campaigning via computer screen.

Rasoul, a rare western Virginia progressive who has at times criticized his party for what he sees as an inability to connect with voters outside traditional Democratic strongholds, also led the field in the most recent fundraising period, reporting more than $950,000 on hand as of March 31.

“I know we have many candidates to choose from,” Rasoul said. “We feel as though we are a true voice of the people. That’s the way I have legislated and voted over the past eight years.”

Shortly after those campaign finance numbers came out, Del. Elizabeth Guzman, D-Prince William, one of two Latinas in the race, announced she was dropping her bid for statewide office to focus on winning another term in her House of Delegates district, where she’s facing a strong primary challenge from Democrat Rod Hall.

Guzman’s departure seemed to free Democratic leaders to jump in and endorse Ayala, D-Prince William, who had already chosen not to seek another term in the House and could help Democrats avoid an all-male ticket in a year when former Gov. Terry McAuliffe and Attorney General Mark Herring are trying to keep or return to offices they’ve held before. Ayala, who identifies as Afro-Latina and is a member of the Virginia Legislative Black Caucus, would be the first woman of color to serve in statewide office.

Late last month, Ayala was endorsed by Gov. Ralph Northam, House Speaker Eileen Filler-Corn and House Majority Leader Charniele Herring, all of whom are backing McAuliffe for governor over two other competitors, Sen. Jennifer McClellan and former delegate Jennifer Carroll Foy, who are both vying to be the first Black woman elected governor of any state.

In a news release from Ayala’s campaign, Filler-Corn said Ayala would bring “historic representation to the highest levels of our state government.”

Ayala campaign manager Veronica Ingham said Ayala is in a strong position heading into the final month, with the big endorsements underscoring the relationships Ayala, a former activist, has built since joining the House as part of the Democratic wave of 2017.

“We know that voters want to make history and elect the first woman of color to the lieutenant governor position,” Ingham said.

State Democrats have largely credited women, particularly women of color, as a driving force behind electoral successes that allowed the party to take full control of the statehouse for the first time in decades.

“They are the mainstay of the coalition,” said Holsworth. “In this instance, with McAuliffe being what seems to be a relatively clear favorite at the top of the ticket, the diversity, if the Democrats are going to have it, is going to have to come from the LG race or the AG race. Or both.”

Holsworth said he’s usually skeptical of the impact of endorsements, but party leaders rallying behind Ayala could give her a boost in a field of relative unknowns with no incumbent in the mix.

“My sense is that him putting his thumb on the scale there is likely to have an impact,” Holsworth said of Northam’s backing of Ayala. “And it’s certainly not good news for either Rasoul or the other candidates in the race.”

Ayala isn’t the only candidate who could diversify the Democratic slate in the lieutenant governor spot.

Apart from Ayala, McClellan is now the only other woman in the race and the only Democrat running for the job from the Hampton Roads area. Energizing the party’s base there, she said, could be key to holding the House of Delegates this year. Though she’d love to “break the glass ceiling” and be the first woman elected as lieutenant governor, McClellan said, “I want people to vote for me because I’m the most qualified.”

Levine, D-Alexandria, a former radio and TV pundit who has served in the House since 2016, would be the first openly LGBTQ person in statewide office.

Though two Black men have served as lieutenant governor before, both Perryman and Warren would also ensure at least one Black candidate on the Democrats’ 2021 ticket.

In an interview, Perryman said he thinks it’s premature to call any candidate a frontrunner given the number of undecided voters.

“They don’t know Sam Rasoul, Mark Levine, me. They don’t know anyone,” Perryman said. “They’re just sort of going about their lives trying to get by.”

Perryman, who has endorsements from most of the county board in vote-rich Fairfax, said he doubts Democratic leaders’ embrace of Ayala will have a major impact.

“Everyone I think saw clearly that it was an attempt to prop up a candidate and pick favorites in this race,” Perryman said. “And I don’t think there’s an appetite for that.”