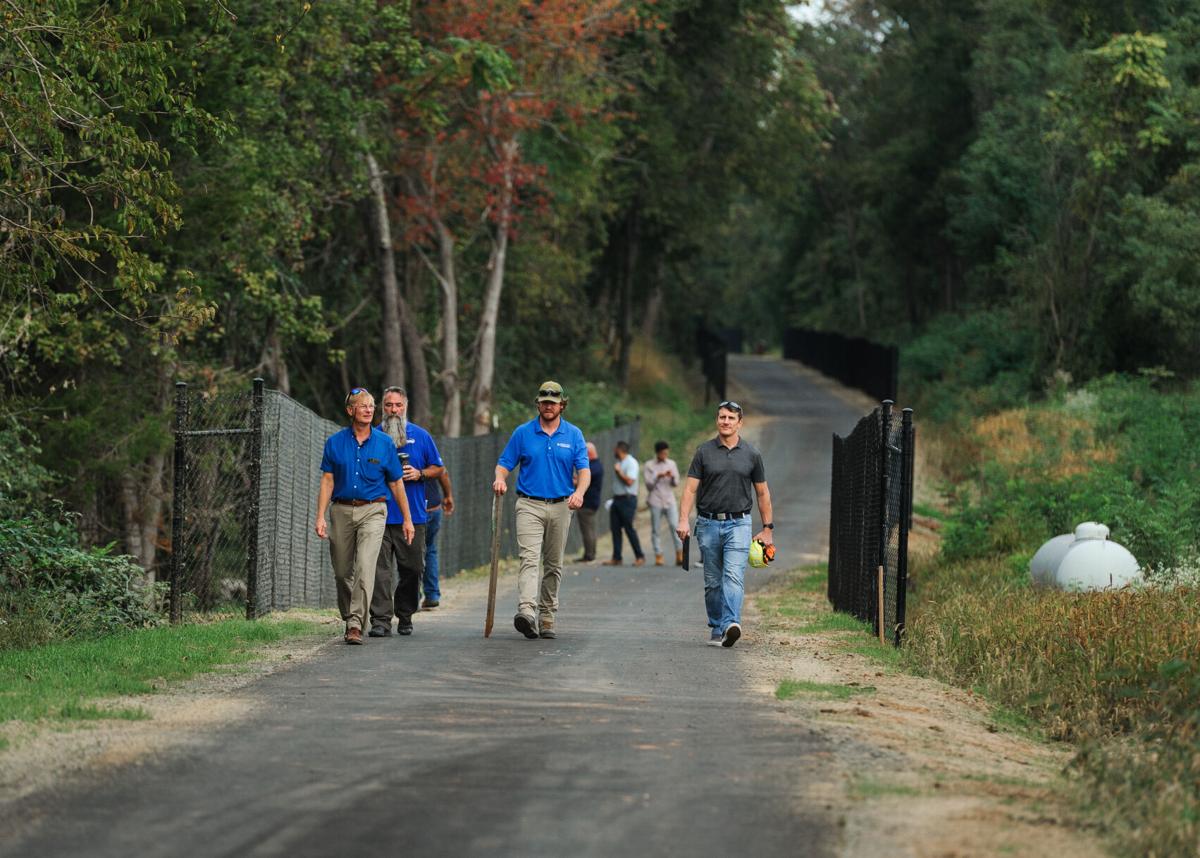 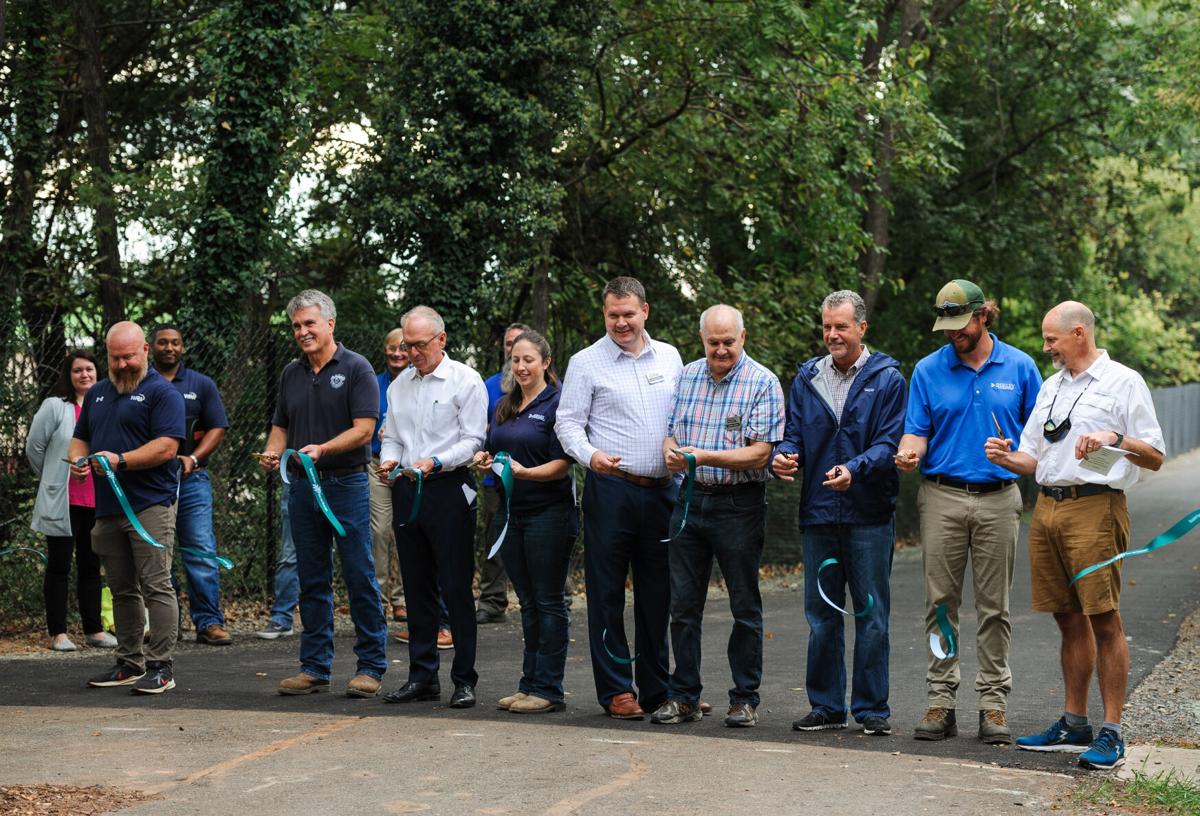 Local government officials and construction company representatives cut a ceremonial ribbon Monday to celebration the completion of a 0.9-mile extension of the Warrenton Branch Greenway.

A construction project to extend the Warrenton Branch Greenway by almost a mile was completed last week. The paved multiuse trail is now 2.2 miles long, extending from Old Town Warrenton to the Fauquier Education Farm — also known as the Stafford Experimental Farm — on Meetze Road. Construction on the extension began in March and had been scheduled to finish at the end of the year.

The Greenway features an asphalt trail that runs along a former railroad branch that once connected Warrenton to the main line at Calverton. The right-of-way was purchased by the county in the early 1990s using money from a federal grant that also funded the construction of the trail’s original section. The recently completed extension had been a gravel path previous to this year. 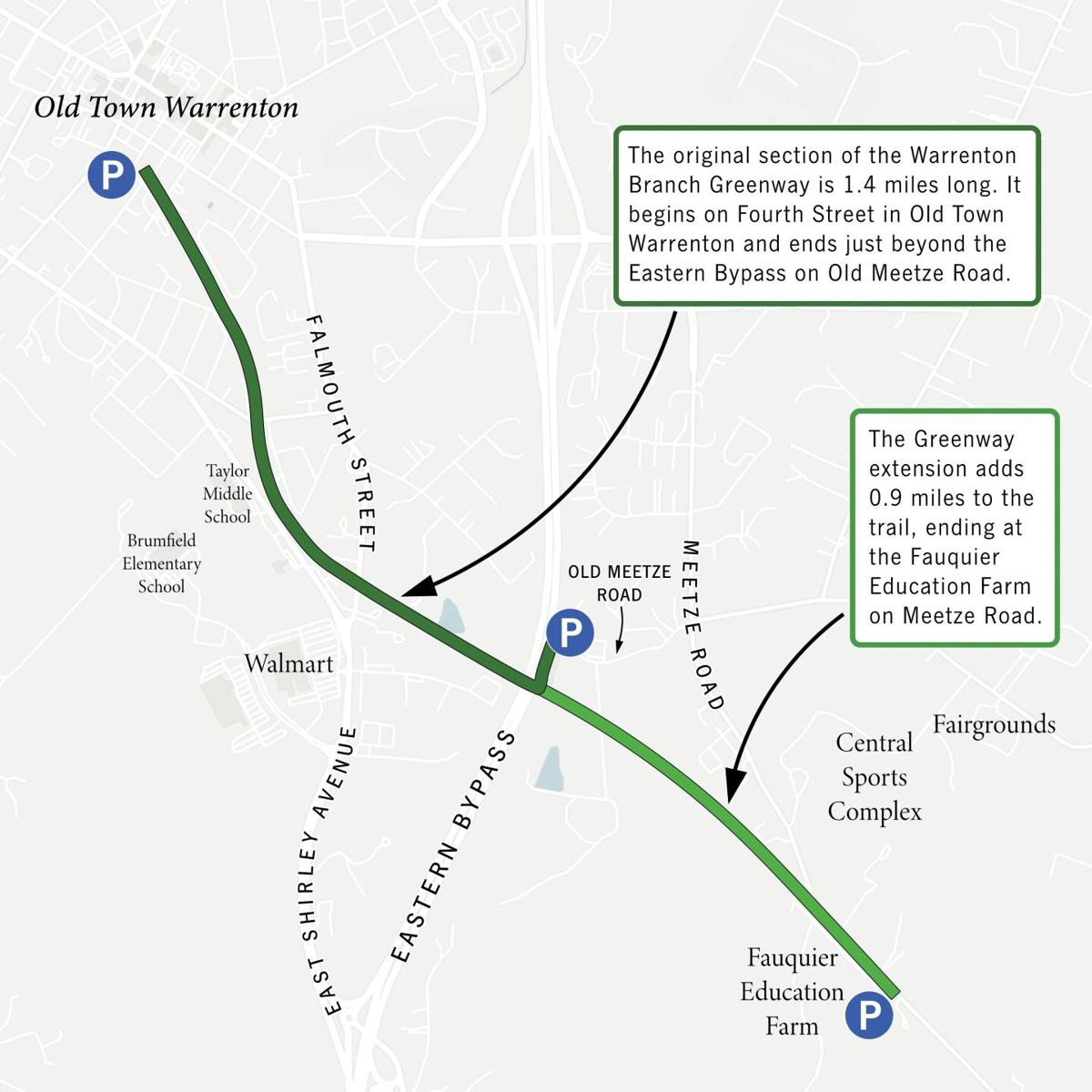 Outdoor exercise equipment, benches and signs telling the story of the former railroad have been added in the years since its construction. The trail is also ADA-accessible.

The Greenway is now one of the most-used assets operated by the Fauquier County Department of Parks and Recreation. At a ribbon-cutting ceremony Monday morning, Donald Johnson, the chairman of the county parks and recreation board, called it “the cornerstone of the Fauquier County’s trail system.”

Shirley Contracting Company constructed the $1.2 million extension project, which was funded with $230,000 of local taxpayer dollars. The remaining money came from a Virginia Department of Transportation grant, “which ultimately includes federal resources,” explained county budget director Lisa Henty. Whitman Requardt and Associates engineered the project and the Timmons Group was responsible for the design.

The new section of the Greenway connects to the Stafford Trail, a 1.1-mile unpaved hiking path on the large county-owned parcel adjacent to Lord Fairfax Community College; the Stafford Trail in turn connects to an ADA-accessible path on the college campus itself. Eventually, the county parks department plans eventually to link the Greenway to the community college with a more accessible trail connection.