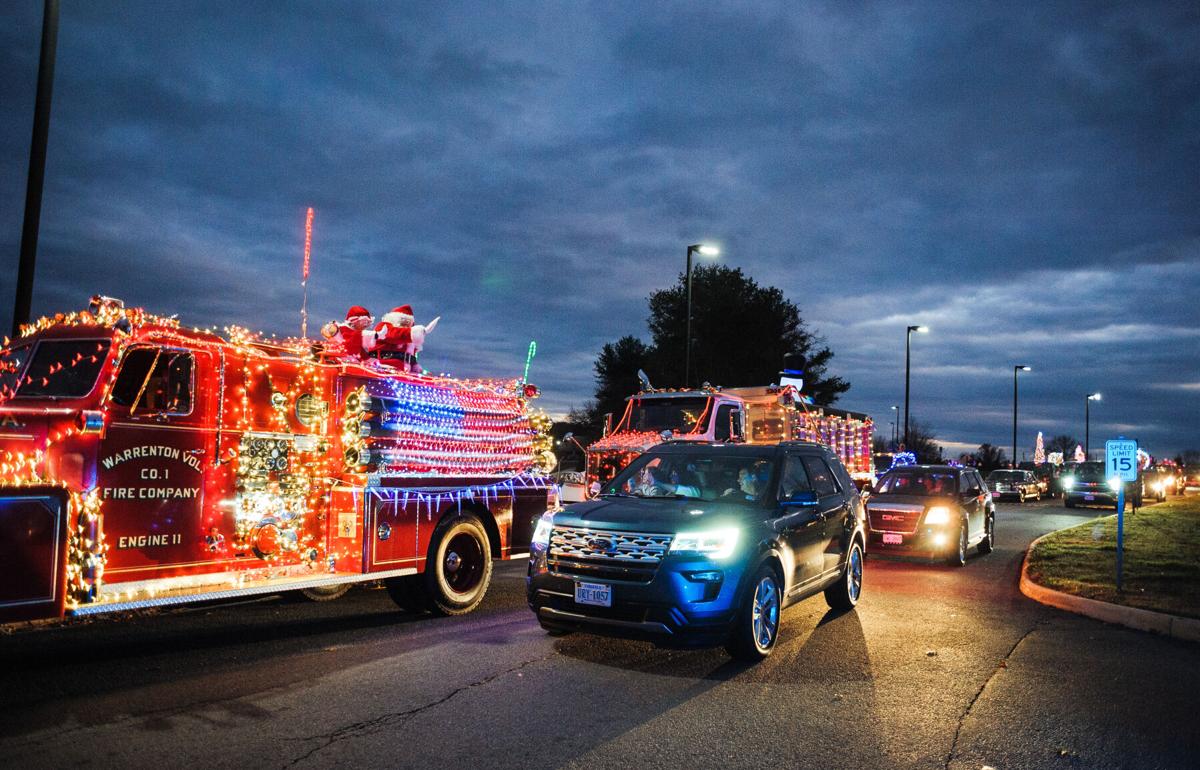 Mr. and Mrs. Claus wave to parade-goers from the top of a classic fire engine owned by the Warrenton Volunteer Fire Company. 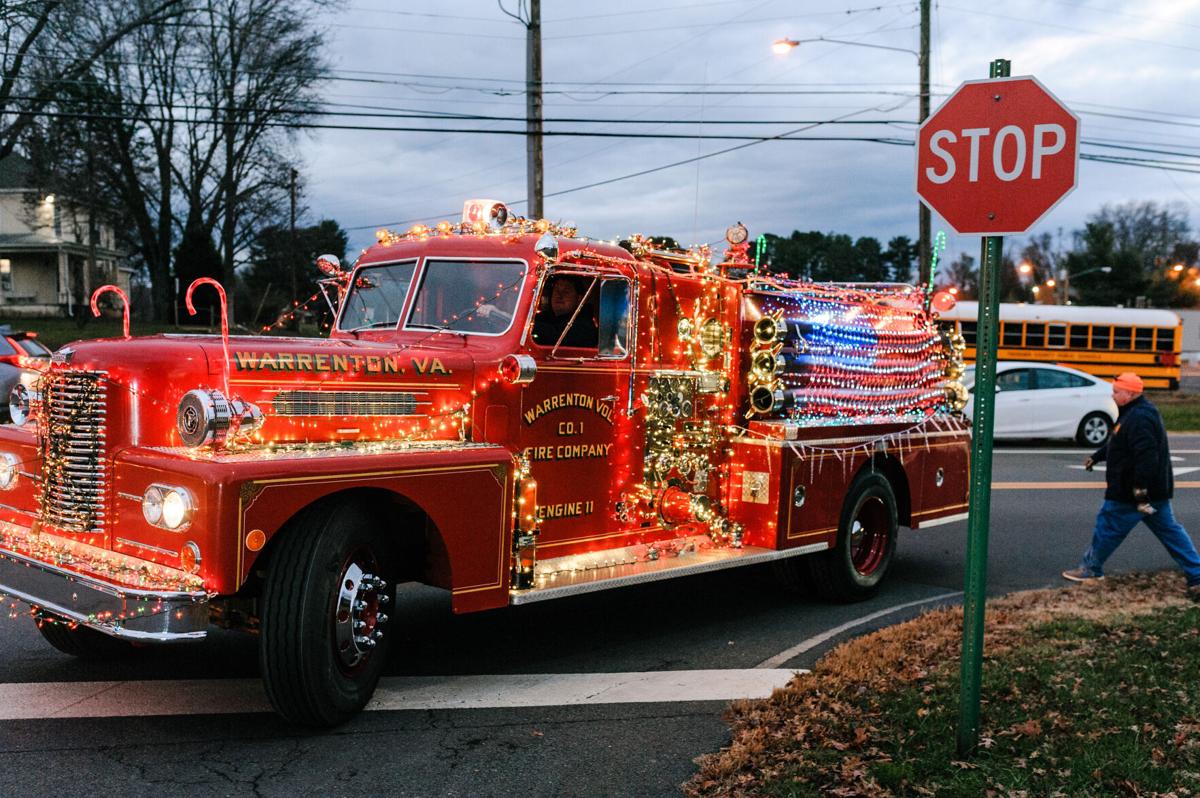 Warrenton Volunteer Fire Company Engine II, a 1968 Peter Pirsch & Sons, arrives at WARF before the start of the parade. 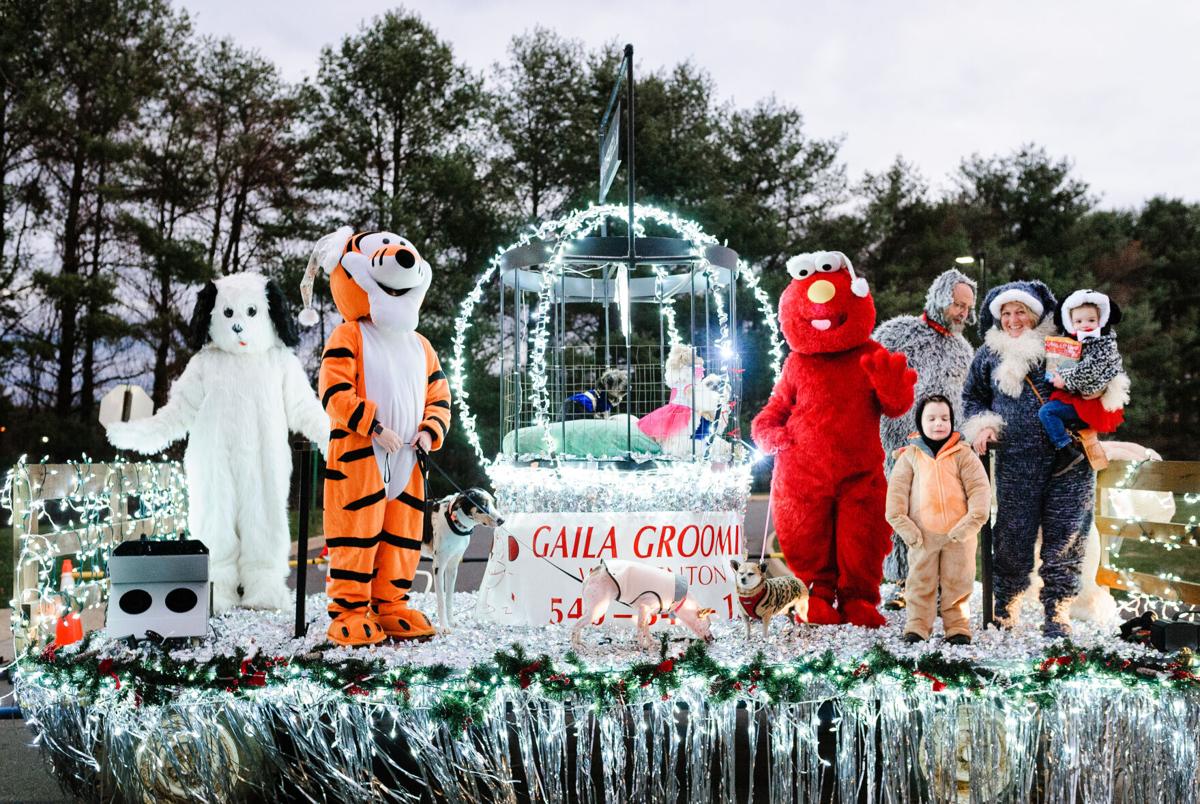 The Gaila Grooming float was awarded the "most original" distinction. 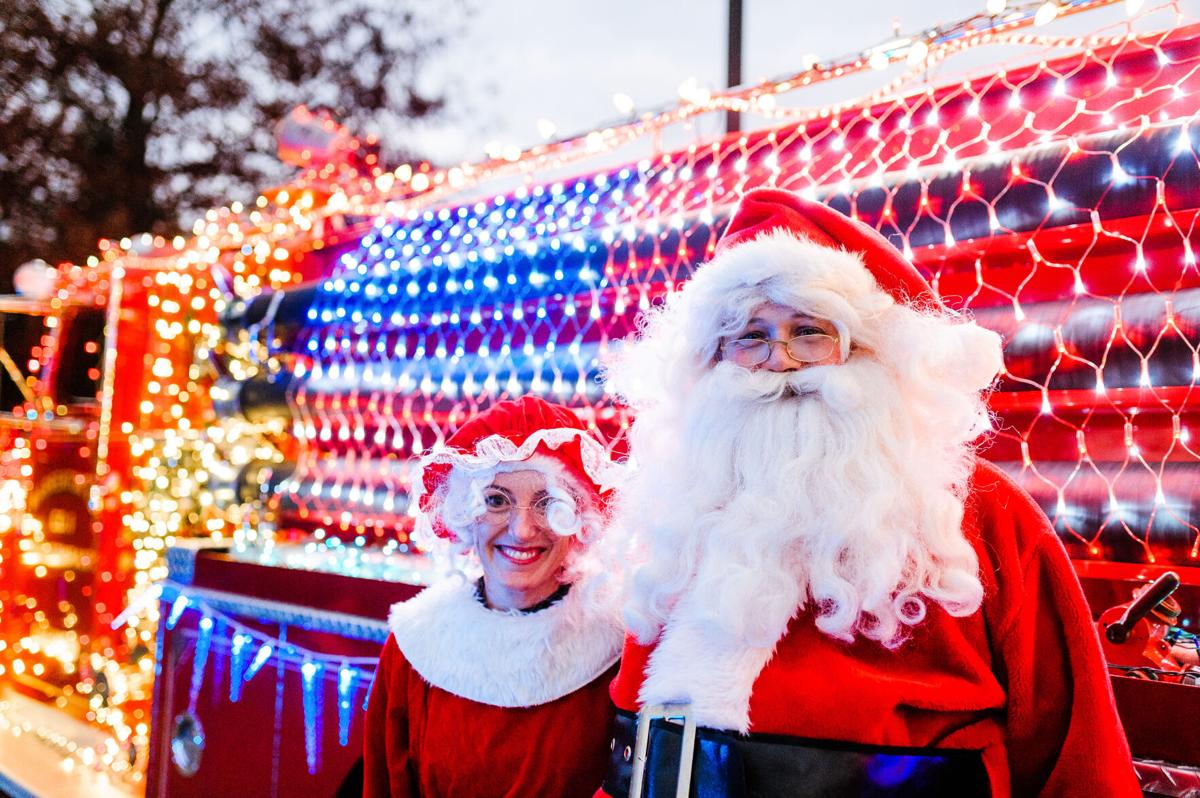 Mr. and Mrs. Claus stand in front of the 1968 Peter Pirsch & Sons fire engine before the parade begins. 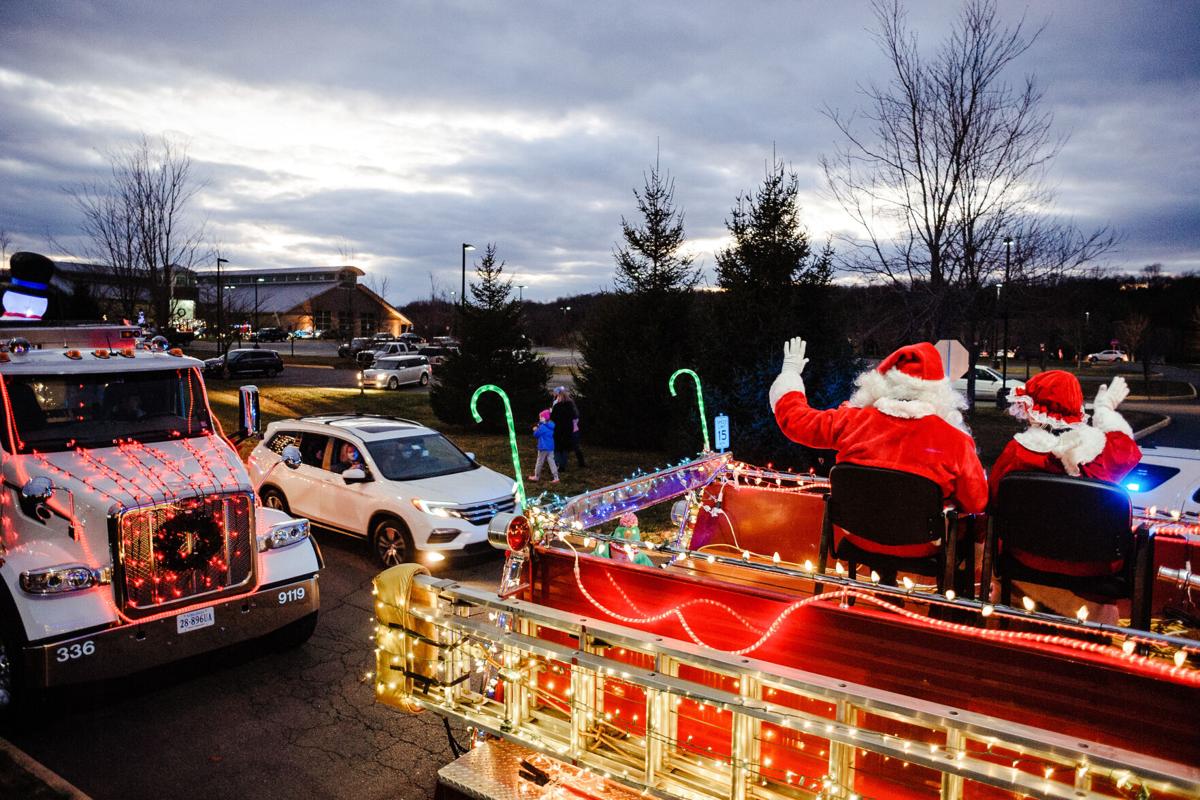 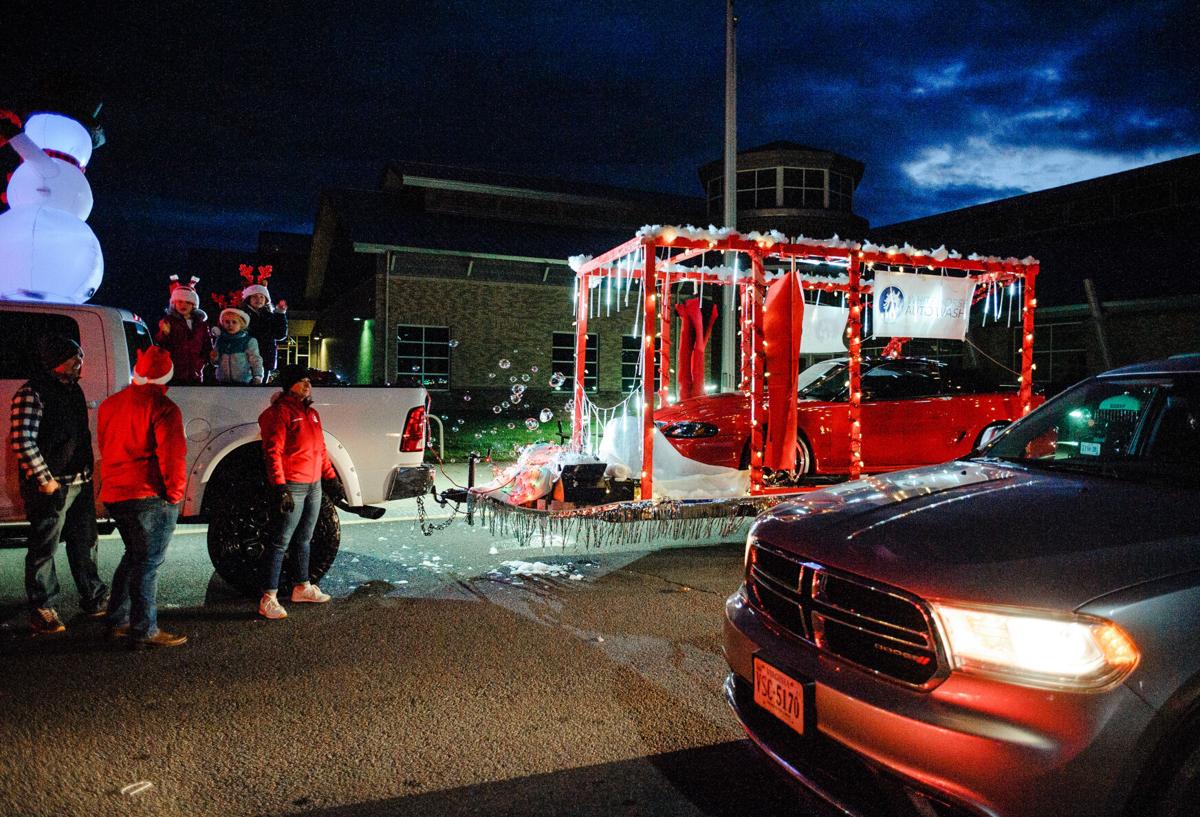 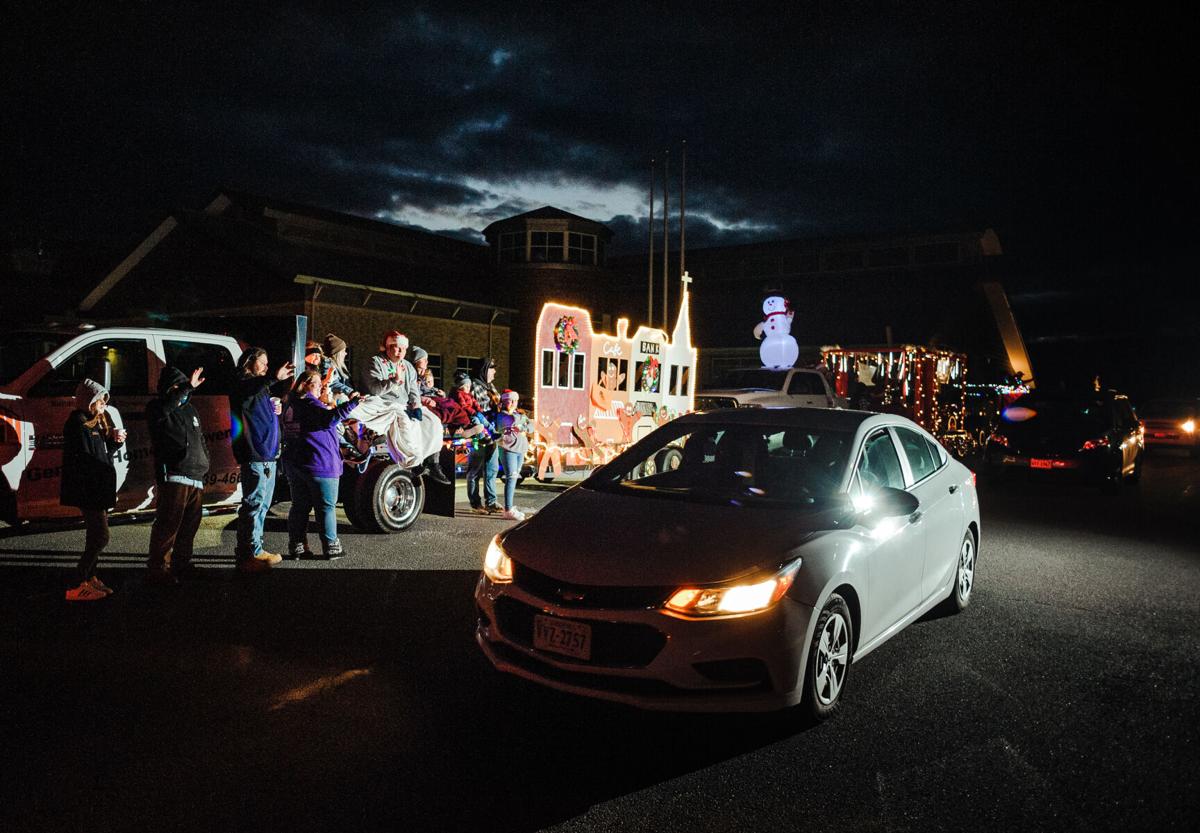 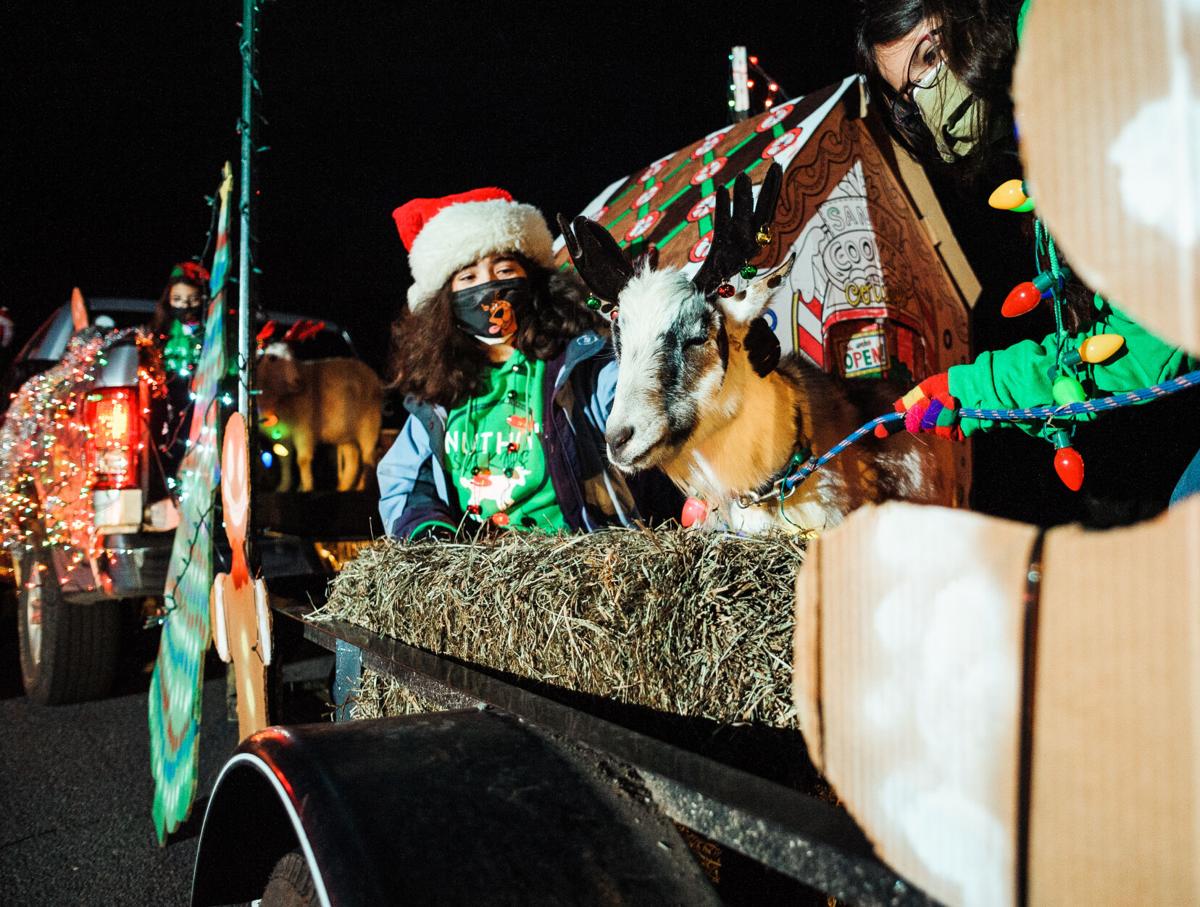 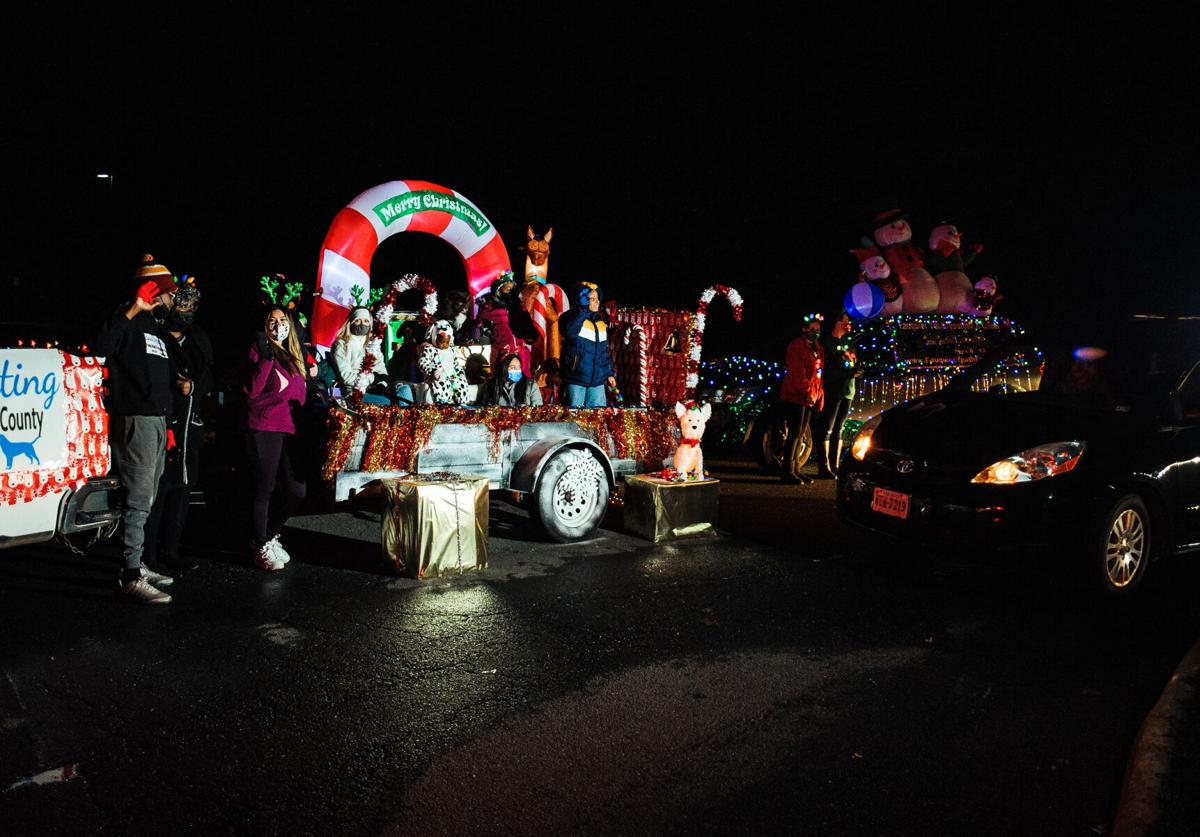 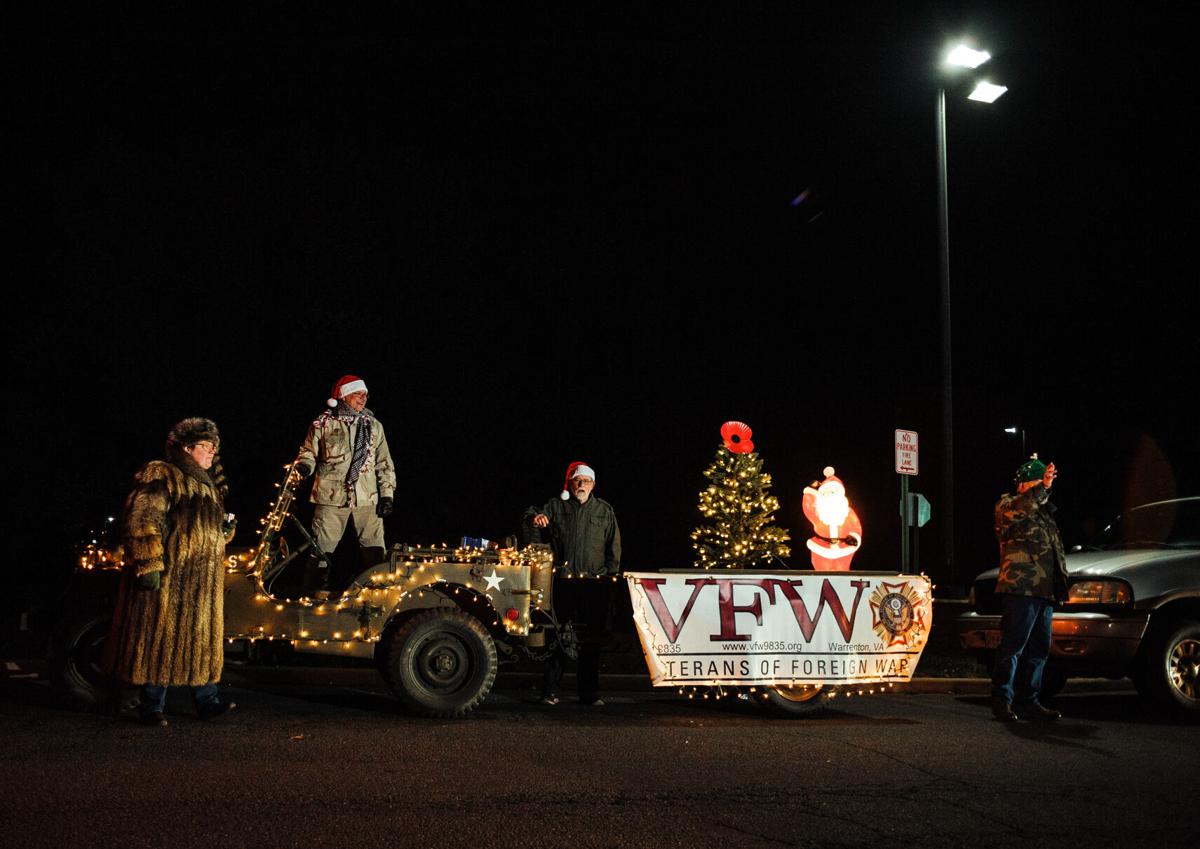 Those manning the Veterans of Foreign Wars Post 9835 float encouraged parade-goers to honk their horns as they passed. 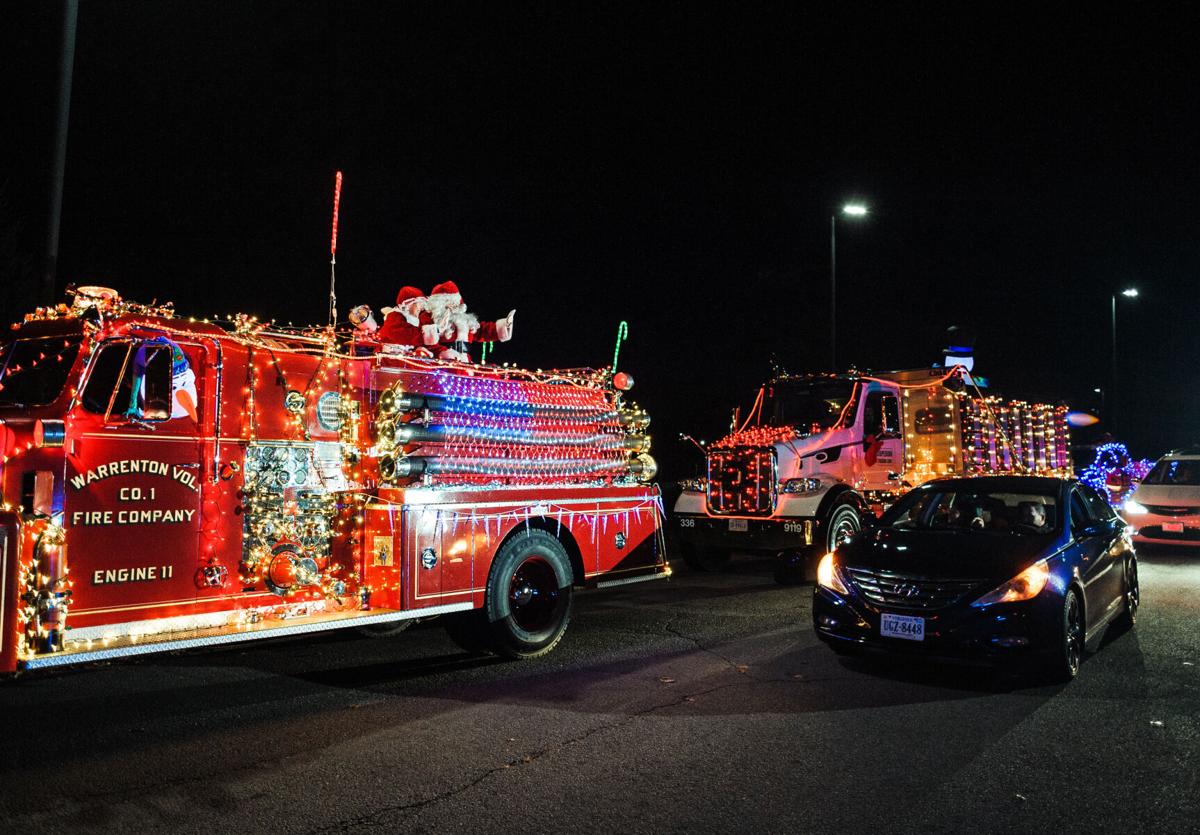 Mr. and Mrs. Claus wave to parade-goers from the top of a classic fire engine owned by the Warrenton Volunteer Fire Company.

After a change in format because of the pandemic and a change of date because of the weather, the drive-thru "reverse" Warrenton Christmas parade drew hundreds of vehicles to the WARF parking lot Saturday night to wave to the two-dozen-or-so floats assembled there. And, of course, Santa Claus and Mrs. Claus were the stars of the evening, waving to passersby from the top of a classic fire truck.

The parade was originally scheduled to take place Friday evening in Old Town Warrenton, but it was moved to Saturday because rain was expected that evening. The change didn't seem to effect turnout. Even an hour after the parade began, traffic was still backed up to intersection of Broadview Avenue and U.S. 17, more than one and a half miles from the WARF, as vehicles lined up to see the displays.

The highlight of the show was the 1968 Peter Pirsch fire engine owned by the Warrenton Volunteer Fire Company -- and where Santa Claus and Mrs. Claus perched for the evening. The truck was a last-minute addition to the parade; WVFC firefighter Michael O'Bannon said that everyone at the station chipped in to decorate the engine that afternoon.

He was beaming. "I love to see people's smiles as they go by," O'Bannon said. "That's what makes it worth it."

As icing on the Christmas cake, the engine received the Clark Griswold award, a nod to Chevy Chase's Christmas-obsessed character in the 1989 film "National Lampoon’s Christmas Vacation."

Another float featured a pair of Santa's reindeer that looked suspiciously goat-like. The float received the judges' award; it was sponsored by Nuttin' but Kids, a Fauquier County 4-H club dedicated to learning how to care for dairy goats.

Gaila Grooming, a pet grooming service in Warrenton, got the "most original" award for its float featuring several live dogs, lots of people dressed up like pets, and even Elmo.

It is unfortunate that a town government sponsored holiday parade keeps being labeled as a Christmas Parade by this paper and town supervisors. Not everyone here believes in the jesus miracle immaculate conception myth and our government is not supposed to support christian beliefs over other beliefs. Imagine this conservatives collective outrage if this event were constantly billed as the Atheist's parade or an Allah Akbar celebration or the Hanukah Hoedown . It's time for this town to quit being willfully ignorant to the laws of this country and comply with the will of the people. Stop elevating christian dogma. We have over 100 active churches in our county so there is jusus-a- plenty for those that want to imbibe those ideas. Please make these events more inclusive by calling it the Winter Festival, or Holiday Parade or Solstice Celebration.