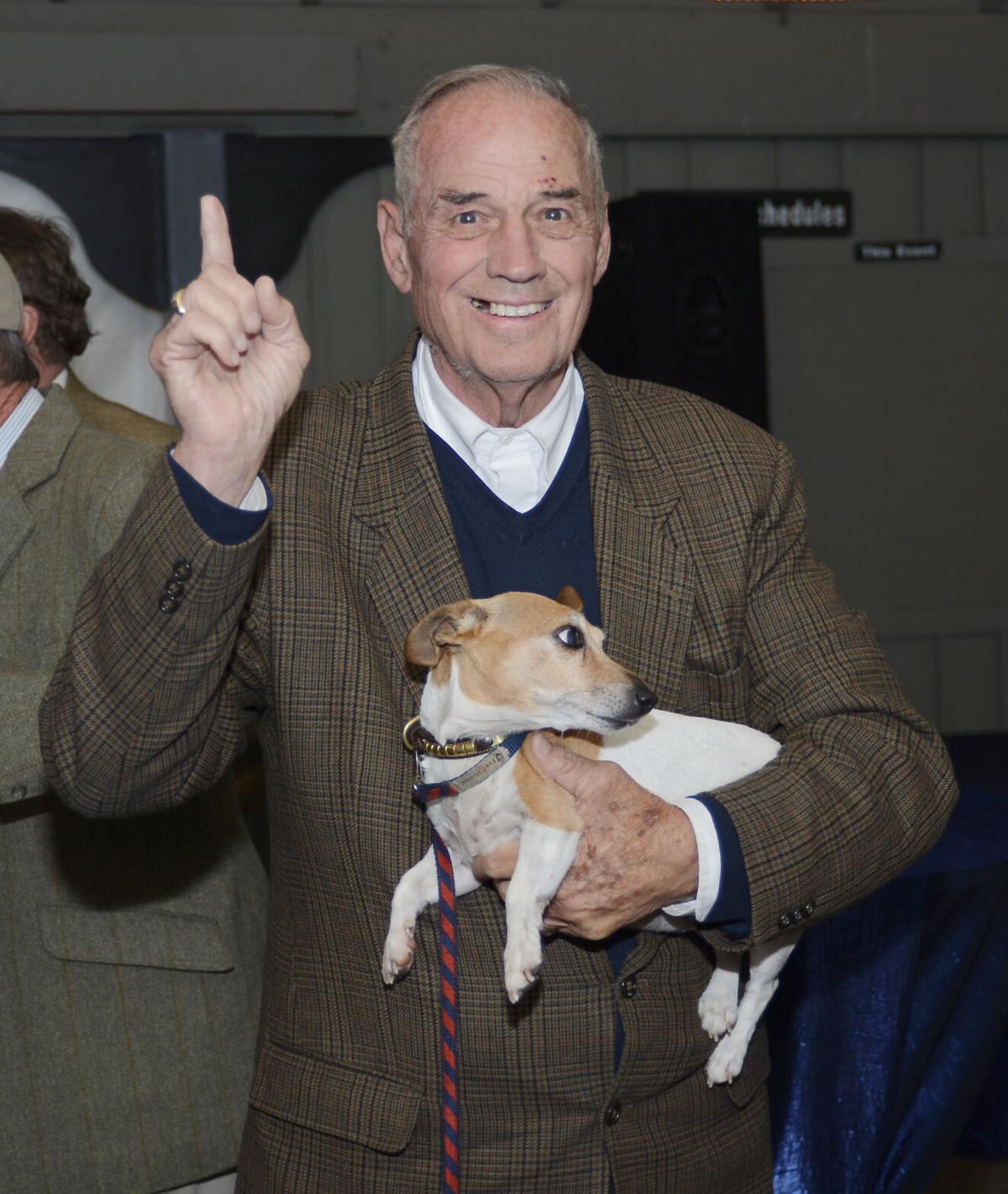 Sam Huff of Middleburg played professional football for the N.Y. Giants and the Washington Redskins. 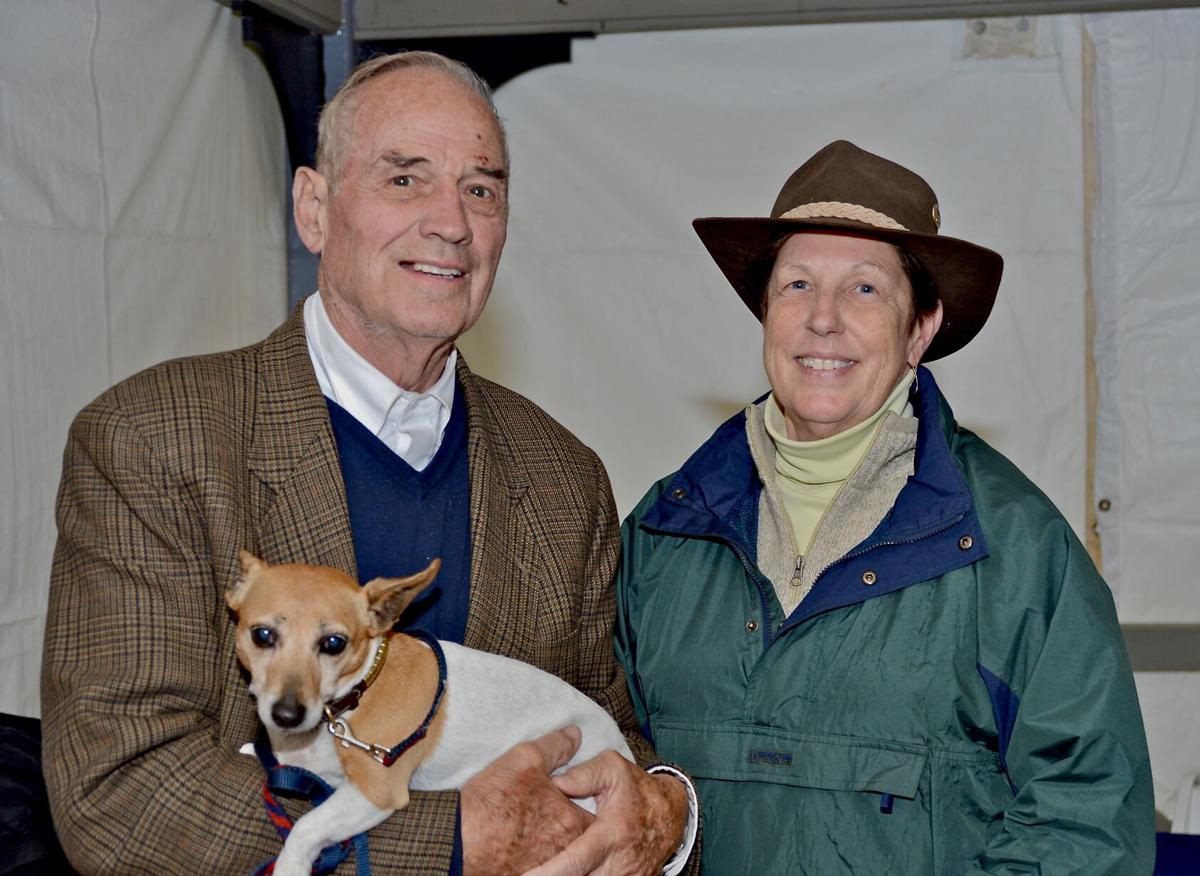 For much of the 1950s and 1960s, Sam Huff was perhaps the most feared linebacker in pro football. On a weekly basis — first for the New York Giants, then the Washington Redskins — Huff would dart across the field to cause havoc for his opponents. He could tackle with unmatched ferocity. And the crowd loved it.

Huff, a 1982 Pro Football Hall of Fame inductee and long-time Middleburg resident, passed away at a Winchester hospital on Saturday, Nov. 13. He was 87.

Remembering the wisdom of Sam Huff

In his 13 years as a player and nearly 40 years as a sports broadcaster, Huff’s world revolved around football. To him, the game was all about physical toughness and the exciting brutality of collision. Football, he liked to say, was “war without guns.”

“Professional football is a violent sport,” Huff wrote in a June 2012 column for the Loudoun Times-Mirror. “It is not the only violent sport, but it is violent - controlled most of the time, but violent. … If you have ever been on the bottom of a pileup fighting for a loose football, you know what violence is. There is only one loose ball then, but there is a whole lot of grabbing going on. Too, if you have ever lined up against someone like Jim Taylor or Jim Brown, you would wish you weren’t there. I did; I stayed, and I went after the ball carrier because that was my job; that’s why they paid me. Football is a contact sport, and the fans love it.”

Robert Lee “Sam” Huff was born in a coal-mining camp outside Farmington, West Virginia, on Oct. 4, 1934. While his two brothers followed their father into the coal mines, Huff became an all-state football player at Farmington High School, winning a scholarship to West Virginia University.

During his senior year at Farmington, he married classmate Mary Fletcher. They had three children together.

After a college football career that saw him voted an All-American player, Huff was drafted by the New York Giants in 1956. In seven seasons with the Giants, Huff developed into a formidable middle linebacker. The Giants won the NFL Championship his rookie year and, in 1958, lost to the Baltimore Colts in a championship game that has been called the “Greatest Game Ever Played.”

Despite his successes with the Giants, Huff was traded to the Washington Redskins in 1964, a move he saw as a betrayal by Giants head coach Allie Sherman. “As long as I live, I will never forgive Allie Sherman for trading me,” Huff wrote in "Tough Stuff," his 1988 autobiography, co-written by former Washington Post sports journalist Leonard Shapiro. But Huff quickly became an integral force in the Washington defense and played with the team until an ankle injury forced him to retire in 1968. When coaching legend Vince Lombardi became the Redskin’s coach the following year, he talked Huff into coming out of retirement. But after the 1969 season, Huff retired for good.

The game had taken a physical toll, but Huff had no regrets: “We tried to knock our opponents out,” Huff wrote in the Loudoun Times-Mirror. “Was that full speed attack dangerous? Yes, it was. Was it safe? No, it wasn’t. Was it necessary? It won games.”

In his book about the 1958 NFL Championship, “The Best Game Ever,” journalist Mark Bowden described Huff as “an outsized character, with enough ambition on and off the field to frighten the faint of heart. … He was outspoken, brash and unapologetic.”

For all his celebrity, however, Huff never forgot his humble beginnings, said Billie Van Pay, who became a close friend of Huff’s later in life. “He had a generosity of spirit,” said Van Pay, “and never forgot the people who had helped him along the way.”

After retirement, Huff spent a season as an assistant coach for the Redskins and ran an unsuccessful congressional campaign in West Virginia before taking a job with Marriott hotels.

In 1975, he returned to the Redskins as a sports broadcaster, forming a radio broadcast team with former teammate Sonny Jurgensen and play-by-play announcer Frank Herzog.

“My brother and I grew up listening to Frank, Sonny and Sam on Sundays,” said Scott Ferrell, an Alexandria native who now lives in Jeffersonton. “We would come home from church and turn on the game. We would turn the volume down on the T.V. and listen to them on the radio. … [Sam] was really down to earth; he told it like it was and would get all excited when the defense made a good play.”

For many years, Huff was a constant figure at the now-shuttered Coach Stop restaurant in Middleburg. “People came to the Coach Stop just to see him,” said Van Pay, “and he would talk to anyone, especially if they wanted to talk to him about football.”

“He was a town celebrity,” Van Pay added. “He always drew a crowd.”

In 2013, Huff’s memory had begun to deteriorate, and he was diagnosed with dementia. The diagnosis forced him to retire from broadcasting.

Van Pay, who helped Huff write his columns, said, “When he knew he couldn’t go back to the [broadcast] booth, it broke his heart. … Nevertheless, he never regretted playing the game he loved.”

Huff is survived by Holden and two children from his marriage to Mary Fletcher: Catherine Huff Myers of Alexandria and Joseph D. Huff of Fort Pierce, Florida.