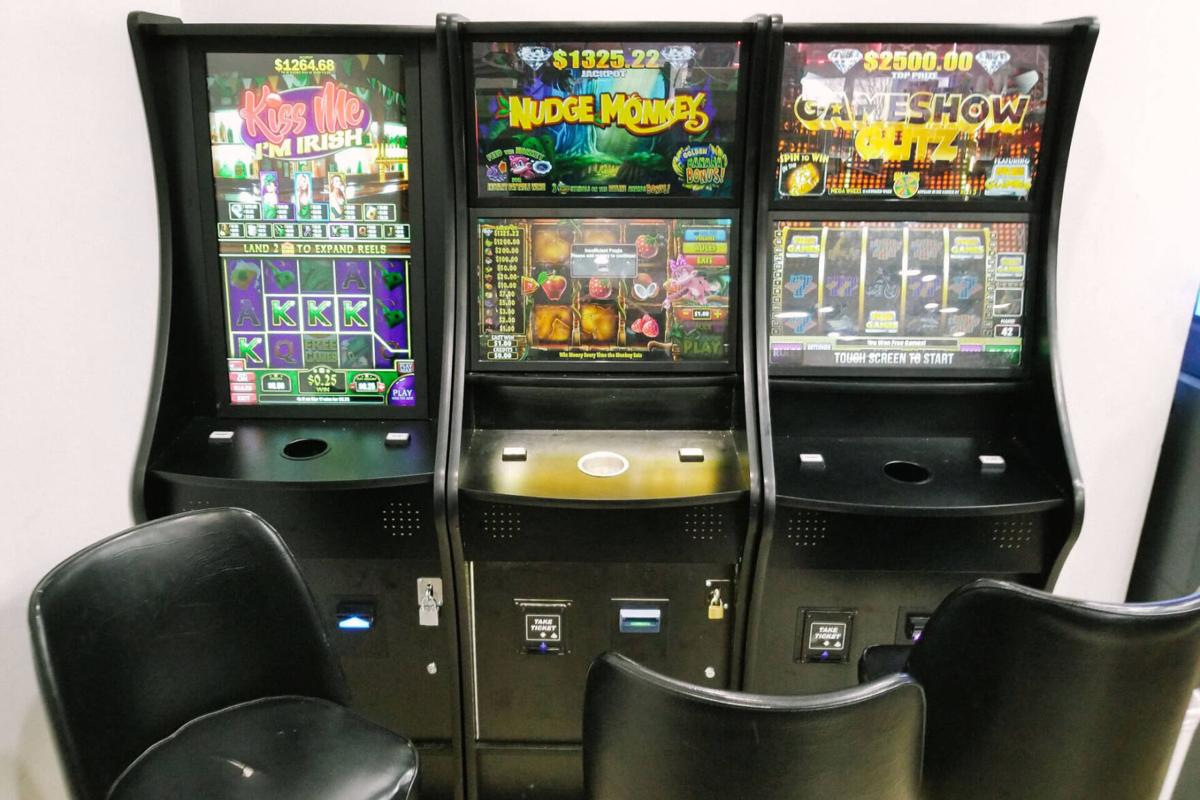 Skill games in a Richmond corner store. The games popped up in gas stations, convenience stores and bars around the state before they were outlawed. 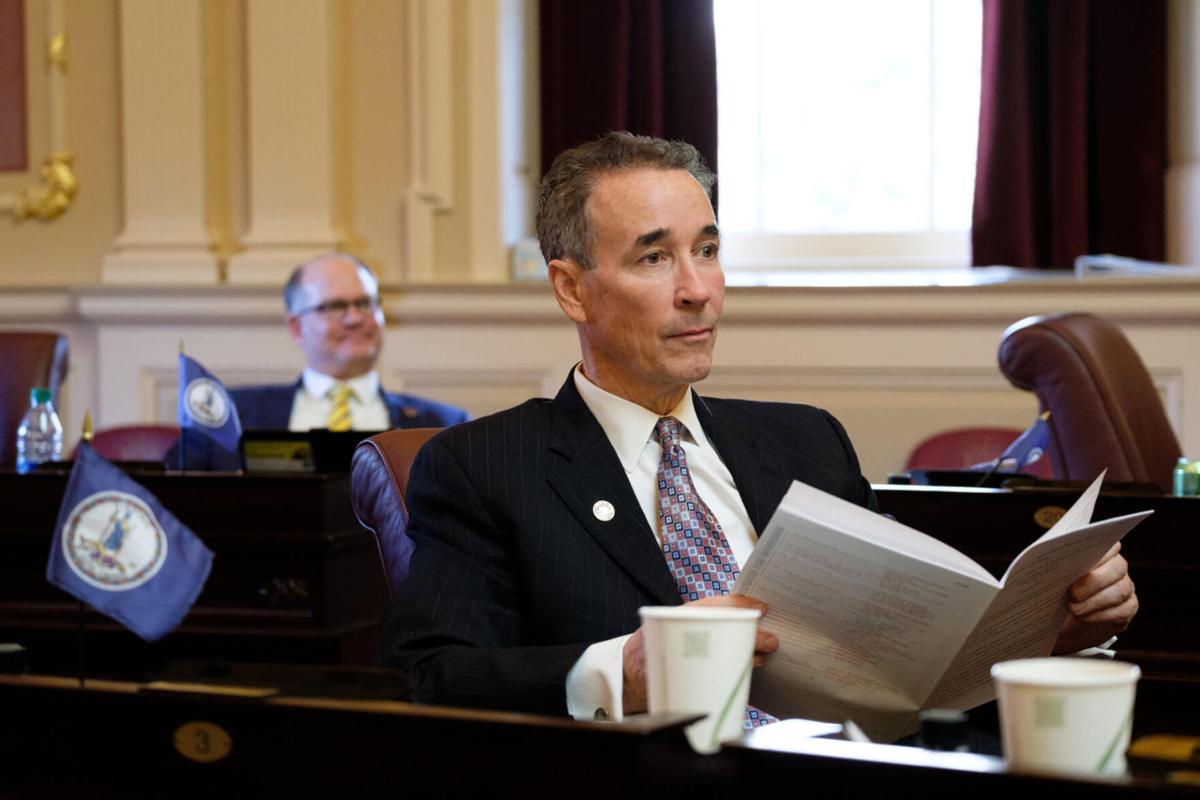 A coalition of gambling companies hoping to get slot machines back into Virginia convenience stores and bars kicked off its legislative push this week with a private flight for four lawmakers to Chicago.

While the plush jet raised some eyebrows — Virginia politicians have generally eschewed gifts of private air travel after scandal consumed former Gov. Bob McDonnell — organizers said it was strictly an opportunity to learn from Illinois, which broadly legalized video gambling terminals in 2009.

“It was a fact-finding mission,” said Dylan Bishop, the lobbyist who organized the trip on behalf of the new Va. Video Gaming Terminal Coalition, which represents five gambling operators that have collectively given nearly a quarter million dollars to Virginia politicians in recent years, according to the Virginia Public Access Project.

In a letter to other gaming lobbyists last week, Bishop framed video slots and poker as the industry’s best shot at restoring gambling terminals to businesses that were recently forced to shut down so-called skill games after they were banned by the General Assembly.

“Video Gaming Terminals or ‘VGTs’ are Class III slot machines, just like the ones on a casino floor, but they can be installed in the same locations skill games have operated,” Bishop wrote. “VGTs offer better games, more robust regulation and, most importantly, more revenue.”

Skill games function almost exactly like traditional slot machines, but to side-step state gambling laws, they generally incorporated a memory game or some other non-chance-based element, which players often skipped entirely but in theory would allow someone to win their money back on every hand based on skill alone.

The gambit worked for a time. After initially pursuing a ban, the General Assembly and Gov. Ralph Northam allowed them to operate for one year to raise money for COVID-19 relief. But this year lawmakers rebuffed a push to allow the machines to remain indefinitely, citing concerns the terminals were siphoning away profit from the Virginia Lottery.

The fight played out as the state legalized slots parlors operated by Colonial Downs, online sports betting and casino gaming in five cities.

Some lawmakers say they still see a role for slot machines in corner stores and restaurants, citing the $130 million in tax revenue the skill-games raised and the additional profits they brought in for the small businesses that hosted them.

Among them is Sen. Joe Morrissey, D-Richmond, who attended the trip to Illinois with Sens. Jeremy McPike, D-Prince William, John Bell, D-Loudoun, and Del. Will Morefield, R-Tazewell.

“I have a very favorable impression of the VGT industry,” Morrissey said. And while he said he didn’t necessarily approve of the way the skill-game industry slipped through the regulatory back door, he said he did want to support the businesses that saw increased profits as a result of the machines.

“My constituents, my convenience store owners — they really don’t care whether it’s VGT or it’s skill games,” he said. “They want them in there because that’s a source of revenue for them. So I’m going to support it.”

Like Bishop, who organized the trip, Morrissey framed the roughly 36-hour excursion as all-business, beginning with a stop in Effingham, Ill., where J&J Ventures Gaming is headquartered. The company is the state’s most profitable video gambling operator, according to industry press.

Morrissey said 20 minutes after landing in a cornfield, he was in a company conference room talking to company leaders. They then spent two hours touring convenience stores that host the games.

If people think that it’s a pleasure trip then my response is why don’t you go on it and see it.

The group then flew into Chicago, where they met with state lawmakers who work on gambling legislation. The lawmakers stayed overnight at the Hyatt Regency Chicago.

“If people were to think they went out there and visited casinos or engaged in gaming — nothing like that happened at all,” Morrissey said. “If people think that it’s a pleasure trip then my response is why don’t you go on it and see it.”

The other three lawmakers who attended did not immediately respond to a request for comment. McPike and Bell both sit on a committee tasked with studying the video gaming industry and Morefield sits on a House subcommittee devoted to gambling.

As for the private jet — a plush, 9-seat charter — both he and Bishop described it as simply the most practical way to complete the planned itinerary. And both parties say the trip was properly reported and in compliance with state ethics laws.

“I don’t care if I go out there by dirigible, airplane or Jeff Bezos’ rocket ship,” Morrissey said. “I’m not driving out there.”