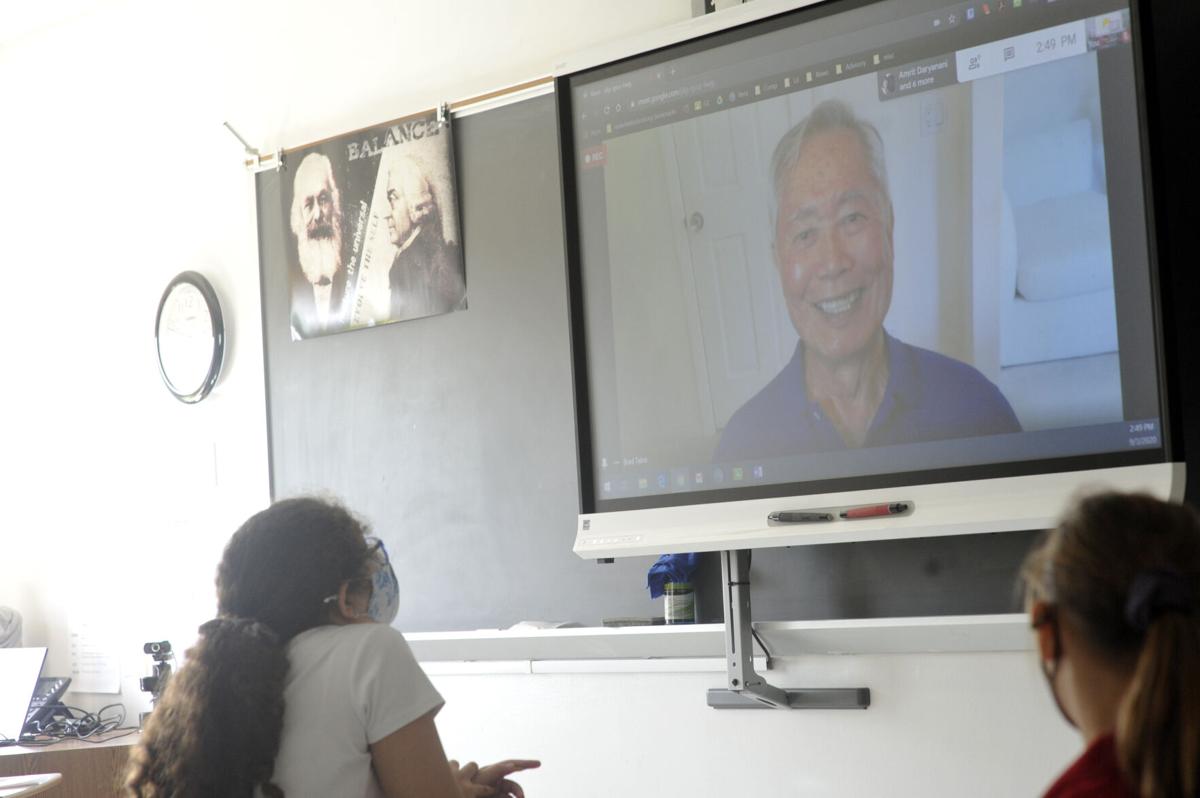 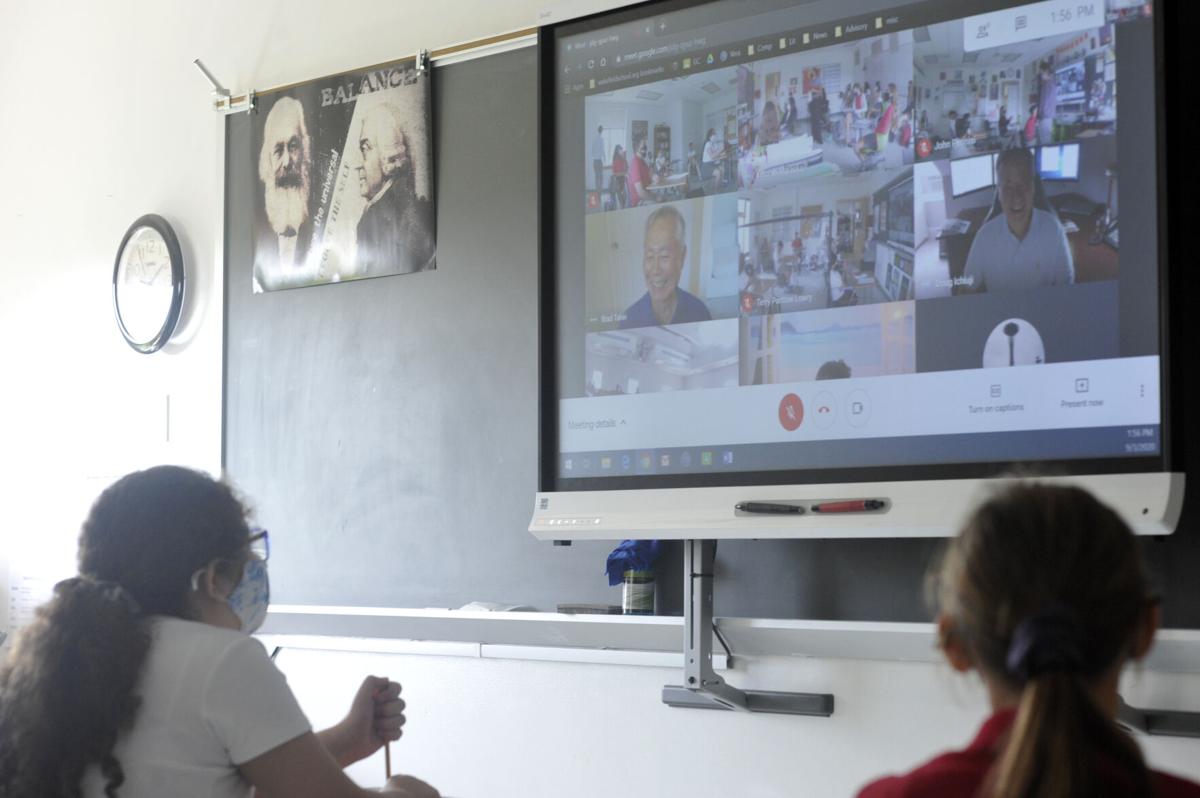 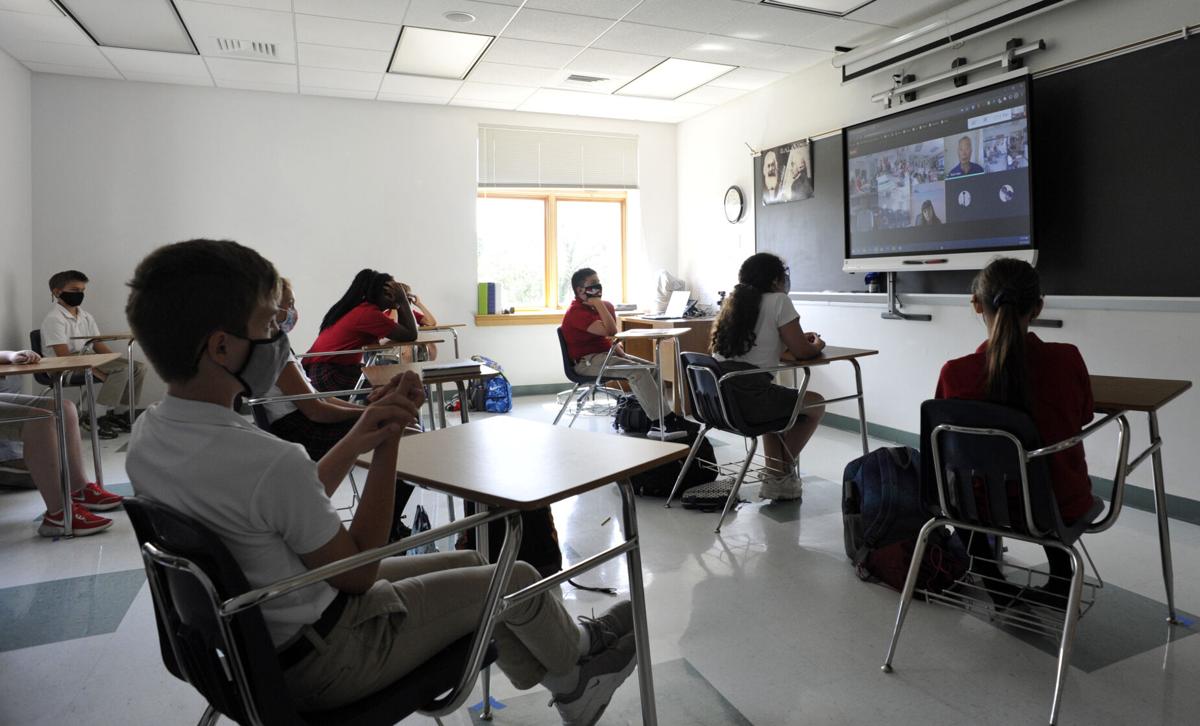 Takei is perhaps best known for his role as Mr. Sulu in the original “Star Trek” series, but Wakefield's middle school students this year know him as the author of “They Called Us Enemy,” his memoir based on the years he spent with his family in U.S. internment camps for Japanese Americans during World War II, according to a Wakefield news release.

All Wakefield’s middle school students read the book as part of their summer reading assignment last summer, and were excited to finish their study of the book by hearing directly from the author, both about his childhood experiences and about his work as a writer and human rights activist today, Wakefield school officials said in the news release.

Wakefield’s entire middle school was divided into small-group, socially distanced classrooms that were connected via webcams, so everyone could see both Takei and one another on each room’s Smartboard. Takei was introduced by his friend and Wakefield parent Doug Ichiuji and his son, eighth-grader Alex Ichiuji.

Takei opened his remarks by saying that reaching young people was his primary reason for choosing to write a graphic novel memoir about his experiences. He had written an autobiography in 1994 titled “To the Stars,” but he felt that telling the story of the Japanese American internment to adults was not enough. There are lessons to be learned, he said, from what he called this “shameful chapter” of U.S. history. And if we don’t learn them, he insisted, we will repeat them.

Pearl Harbor affected the U.S. in 1942 just like 9/11 did in 2001, he said, with a wave of terror sweeping through the country: “Overnight, Japanese Americans were viewed with suspicion, fear, and hatred” by fellow American citizens, simply because they looked like the people who had bombed Pearl Harbor. Soon after, at the order of President Franklin D. Roosevelt, every person of Japanese descent on the west coast of the U.S. was rounded up and shipped to one of ten "relocation centers," where they would be held for years behind barbed wire and under armed guard.

Takei vividly recreated for the students the terrifying early morning when uniformed men armed with rifles with bayonets pounded on his family’s door in the dark and ordered them to pack quickly and come with them. Takei, 5 years old, had no idea what was happening but remembers the scene with complete clarity, especially the sight of his mother’s tears as she walked from their home holding his baby sister. The family was driven to the Santa Anita Racetrack outside the city and assigned a smelly and filthy horse stall to sleep in--“a horse stall,” he repeated for emphasis--and were subsequently taken by rail to the swamps of Arkansas, to the first of two relocation centers they would call home until the war came to a close.

Students were able to ask questions after Takei’s talk, and “the depth of their curiosity spoke to the importance of their reading They Called Us Enemy,” school officials said in the news release.

According to the event’s organizers, middle school English teacher and Division Head Keturah Maraska and fellow middle school English teacher John Pennisi, “They Called Us Enemy” is their second venture with having the entire middle school read one book in common as part of summer reading. Last year’s book was another nonfiction work, “I Will Always Write Back by Caitlin Alifirenka and Martin Ganda, about two childhood pen pals who become lifelong friends--one from Pennsylvania and one from Zimbabwe.

“Both [books have] been nonfiction tales about young people who experience hardship and overcome their trials to lead very fulfilling lives,” Pennisi said.

Maraska added, “I have found our class discussions about Mr. Takei’s book to be enlightening as students recognize the impact fear can have on society, how influential his parents were, and what it means to be an American.”

One point that came through clearly in Mr. Takei’s talk was how much he and his family continued to love and respect the United States, despite the hardships and betrayal they experienced. “I learned the meaning of a participatory democracy,” Takei said in closing. “Humans are fallible, and we make mistakes. Our Constitution opens with the words, ‘We the People, in order to form a more perfect union…’ More perfect means it is never perfect! People must participate in our participatory democracy to make it more perfect.”