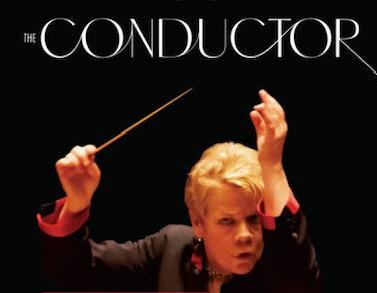 Five carefully curated documentaries in five nights are coming to the area Sept. 15 to 18, for a special event called Doc5 Middleburg. Now in its second year, the goal of Doc5 Middleburg is “to bring the community together to celebrate multiple points of view and to value and respect differences of opinion,” said a press release.

“We want people to learn from the films, but also from each other,” said Doc5 co-founder Tom Foster of The Plains. “We have chosen a great slate of new and exciting movies.” Information and trailers on each film, as well as tickets, can be found at www.doc5middleburg.com. Tickets are $20 per person, per film. Films will be shown outside on the lawn of the Middleburg Community Center; COVID protocols will be followed.

The festival begins on Tuesday, Sept.14, with “After Antarctica.” Foster describes it as “a timely film that will put into perspective how crucial the seventh continent is to our eco-balance. We are excited that local resident Ellen Stofan, former chief scientist at NASA, will join us for a discussion after the film.” Stofan is currently undersecretary for science and research at the Smithsonian.

Wednesday, Sept. 15, the documentary will be about dancer/choreographer Alvin Ailey. It’s Foster’s personal favorite. “Great doc about a kid who came from humble beginnings, had a dream, made it big and then real life challenged it all,” he said.

“Fauci,” featured on Thursday, “is a startlingly candid and revealing study of the man who has been guiding us through the past 18 months,” said Foster. Courtesy of National Geographic films, the film follows Dr. Anthony Fauci through his service to six U.S. presidents, from HIV to Ebola to COVID-19.

Friday night’s documentary, “The Conductor,” is a film about Marin Alsop, the only female conductor of a major symphony orchestra (Baltimore) in the world. Foster describes it as “a quieter film that pulls you in and packs a wallop in terms of message.” Bernadette Wegenstein, the film’s director, will be present for the evening with an introduction to the film and for a Q and A session.

A gala will be held Saturday, including cocktails in the recently renovated Terrace Room of the Middleburg Community Center and a dinner in the ballroom. This will be followed by a private viewing of “Paper and Glue,” which is about Parisian visual artist JR. Some tickets are still available for the gala.

Doc5 Middleburg is presented in collaboration with The Chicago Media Project, which works with and funds documentarians around the world and hosts the Doc10 all-documentary film festival in Chicago. The group also sponsors various Doc5 events around the country, including Middleburg’s. CMP founders Paula Froehle and Steve Cohen will attend the gala.