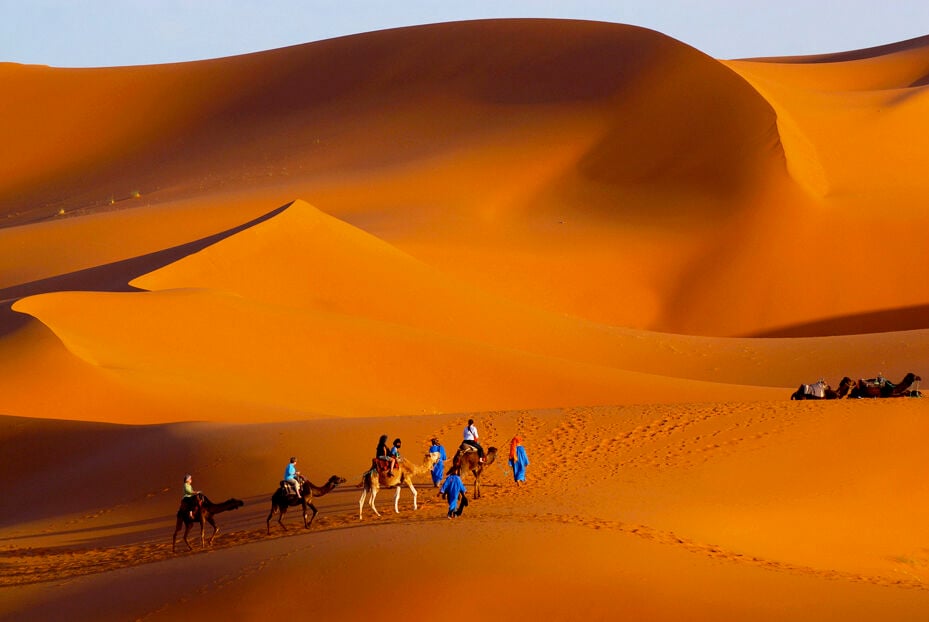 BioTrek clients travel in the Sahara Desert in Morocco. 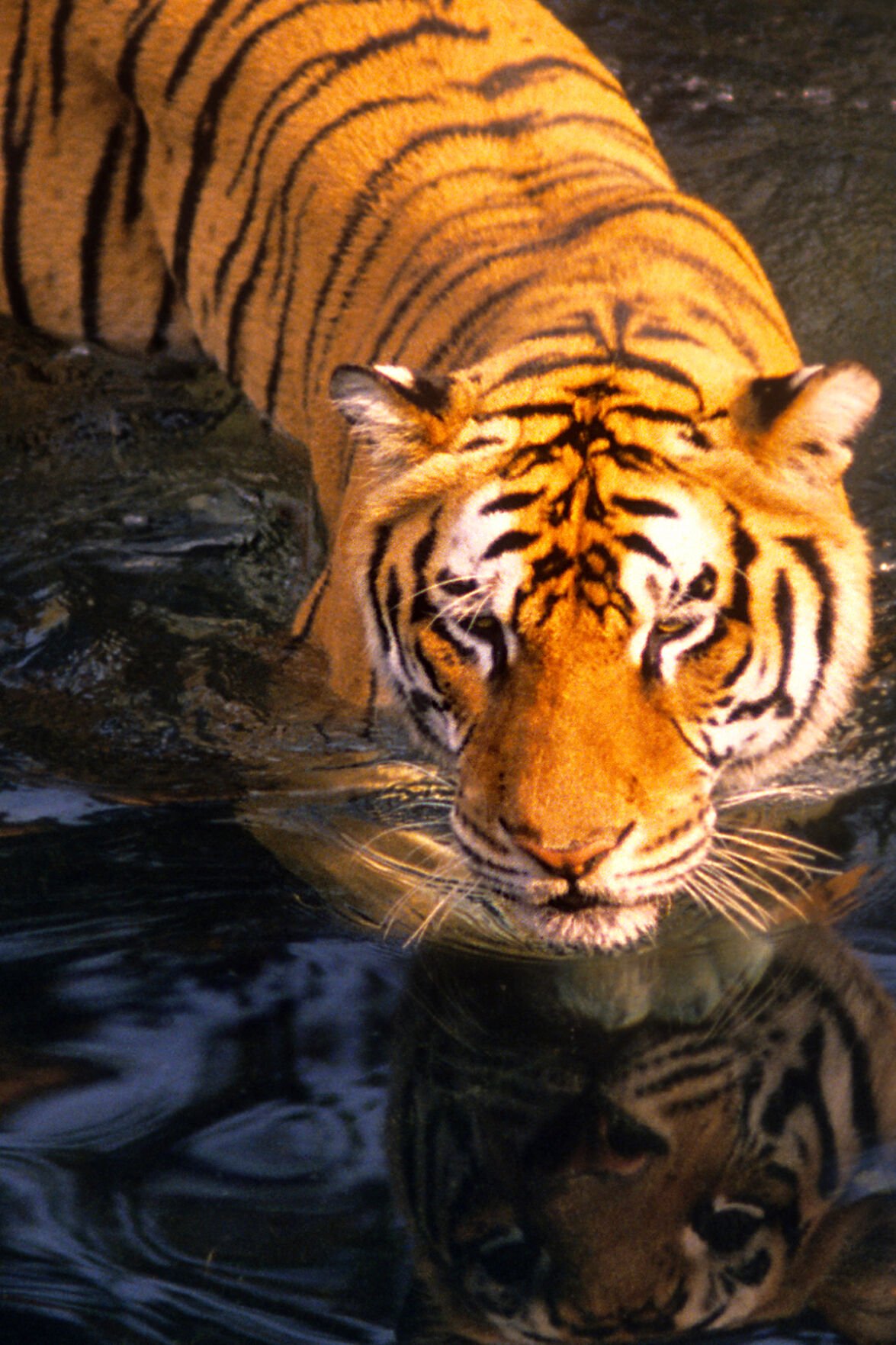 A Bengal tiger in India 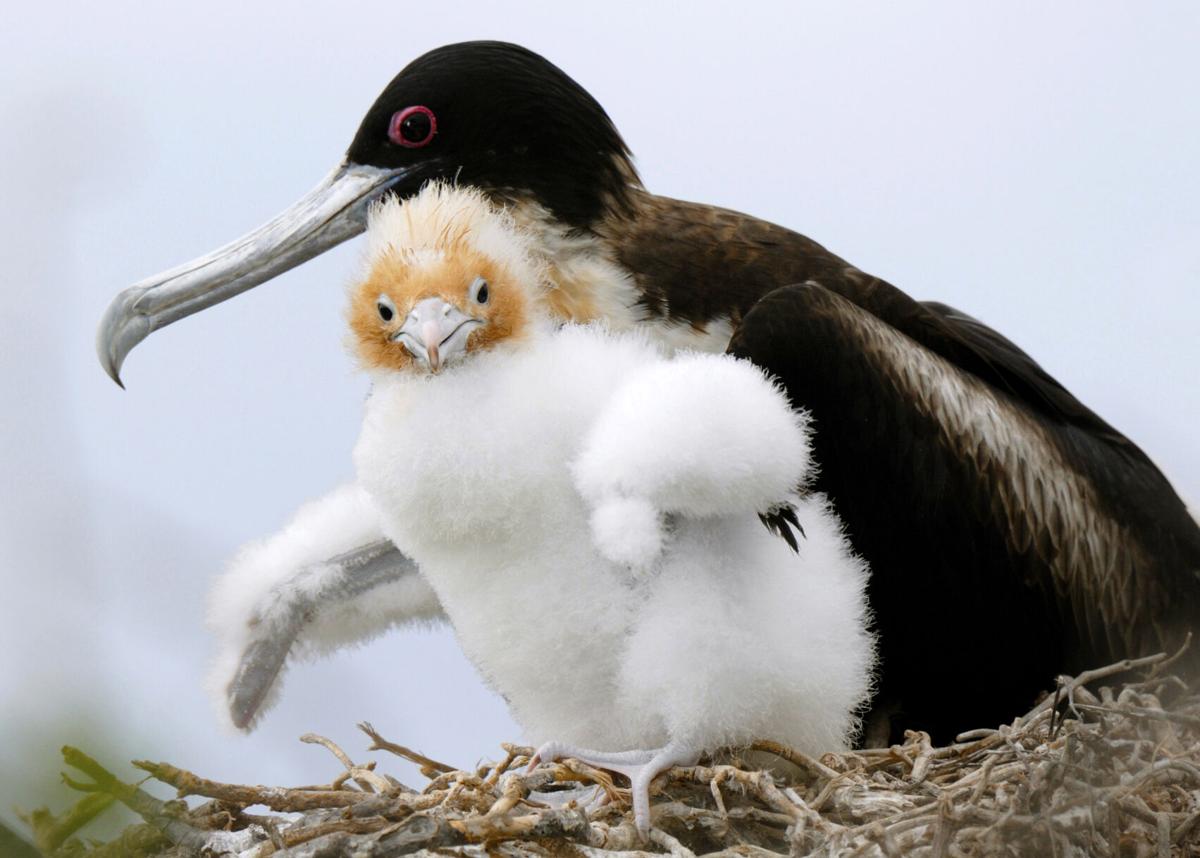 A Frigate bird with her chicks in the Galapagos Islands 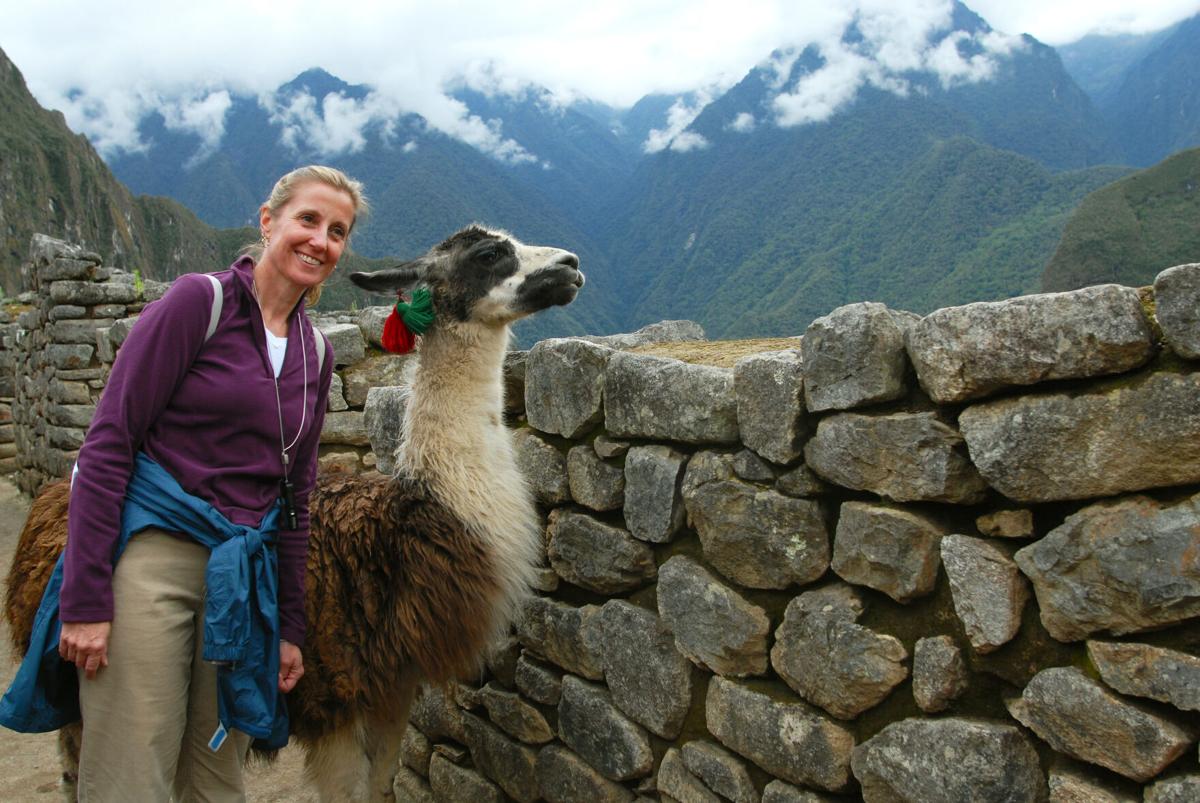 A BioTrek client makes a friend in Peru. 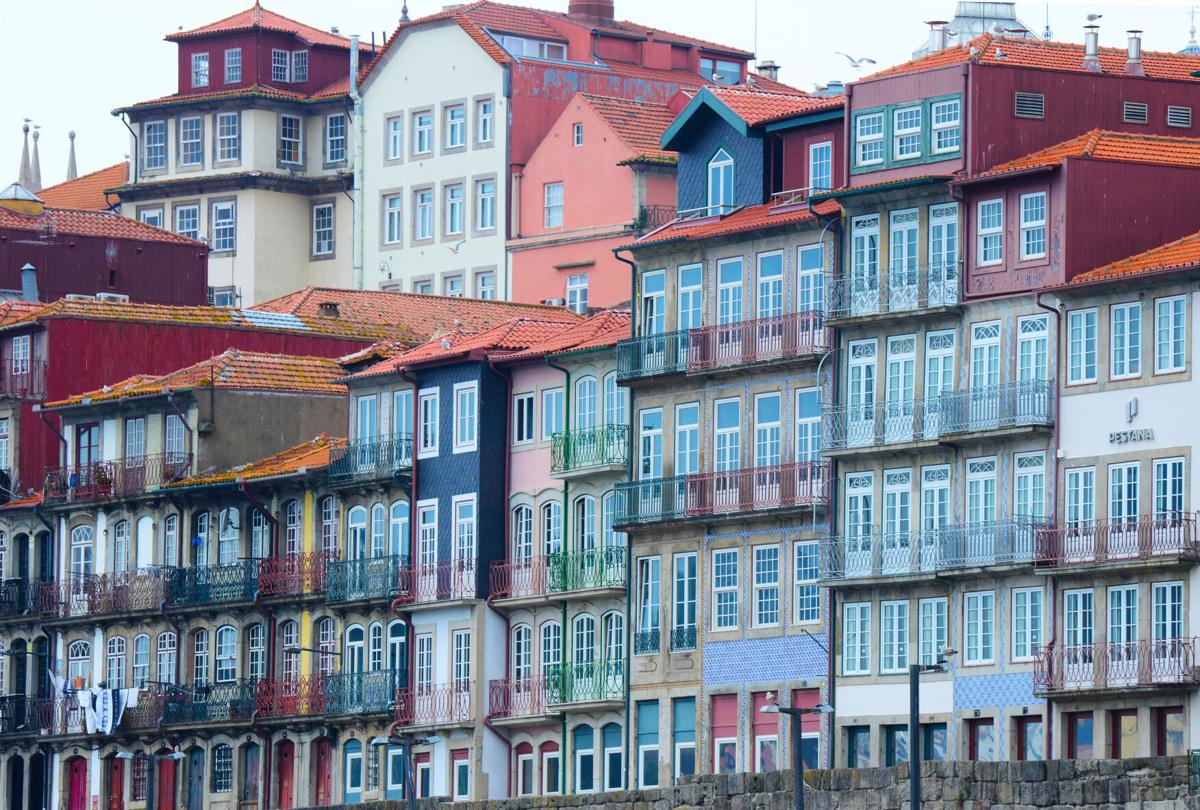 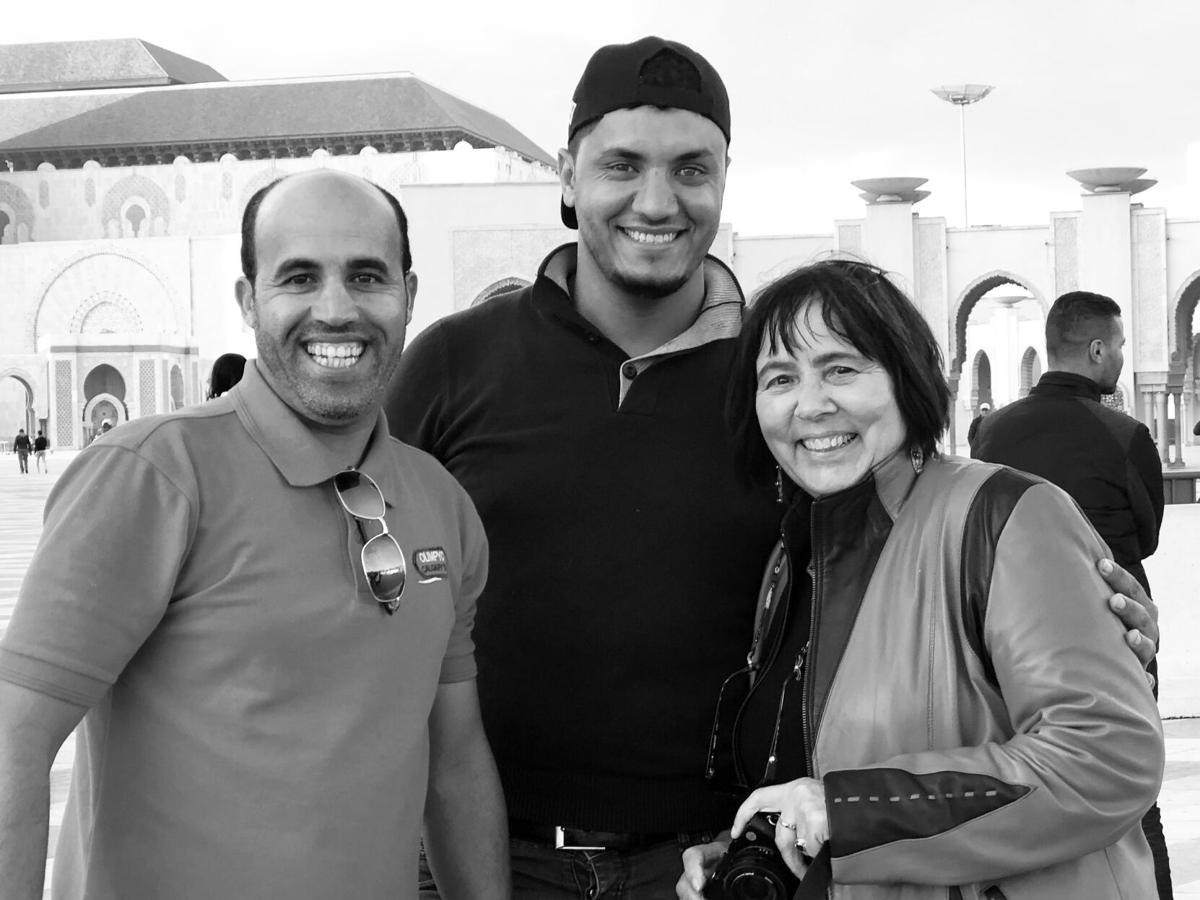 Sunny Reynolds, owner of BioTrek Adventures of Warrenton, with two of her guides

Before Sunny Reynolds led her final coterie of tourists for 2021 off to Sicily last week, she sat down briefly to talk about the last year and a half. Reynolds operates BioTrek Adventure Travels, with an office at 81 Main St. in Warrenton. She arranges and leads small groups of travelers to different countries for 10 days to three weeks at a time, depending on the destination.

From Costa Rica to Tanzania, 30 years of globe-trotting

“It’s been a horrific year for me,” she said, but added that the understanding and support of her clients has carried her through.

A trip to Argentina in January of 2020 went fine, Reynolds said, but while trying to get herself and her group home from a trip in March, she hit her first COVID snag. “We were in India when they announced that [because of the COVID-19 pandemic] U.S. citizens could not enter the country [from abroad]. Two days later, they admitted that was a mistake, and that Europeans could not come to the U.S., but citizens could come home.”

In 2020, six trips – to Moracco, Tanzania, Portugal, Chile, Guatemala and the Galapagos Islands – all had to be postponed. Reynolds said that her clients, who had already paid for the tours, said, “’Don’t worry. Keep the money and we’ll do it next year. We trust you.’ They were all willing to get new dates.”

While grounded, Reynolds applied for and received two PPP loans. “I don’t know what I would have done without them,” she said. BioTrek has only one other fulltime employee but uses contract workers for marketing and other tasks.

Finally, in June of this year, Reynolds was able to take a fully vaccinated group to Morocco. It wasn’t easy. She said, “The logistics were worse than they would have been last year. Very little has improved.”

She said “We had scheduled it for March, but it got postponed again. In June, Morocco opened to visitors. I scheduled a non-stop flight through Royal Air Morac.” The BioTrek itinerary included a trip to the second-largest mosque in the world, “but when we got there, it was closed.”

Reynolds said when she talked to the guards, they were so happy to see tourists again that they let them hop over the barriers. “This was a place that could accommodate 25,000 visitors, but there were no tourists anywhere. Everywhere we went, we were the only visitors.”

She took a group to Tanzania in July. “There were Europeans, but no Americans.” She said she’s been going to Tanzania for 11 or 12 years and has never seen so few people.

Travel arrangements, always complicated, have gotten much more so. Reynolds said it is her responsibility to get her group to their destination, fulfil their itinerary and get everyone home safely. Clients don’t see any of the behind-the-scenes machinations, but there are hundreds of details to manage.

Each country has its own COVID protocols, including mandatory PCR testing. Reynolds found a lab in Centreville that guarantees a 24-hour COVID results turnaround, a must since airlines require a test within 72 hours of takeoff, and the timing for getting results can vary.

And tests have to be taken before flying home, too. She said, “I had to find a lab in CasaBlanca [in Morocco] and one near the Serengeti [in Tanzania].”

Reynolds makes sure that the staff in hotels they stay at have been vaccinated, as well as the guides and drivers. In situations when her clients are around other people, masks go on and distances between people are increased whenever possible.

The BioTrek contract includes a place for clients to check that they’ve been vaccinated. “I’m not going to let anyone who is unvaccinated on a trip. It’s not safe. We all travel in the same vehicles. The trip to the Galapagos is on a boat. It’s a big boat, but it’s close quarters. … No one has tested positive yet.”

With the surge of COVID cases caused by the Delta variant, arrangements could get even more difficult. Reynolds said that before finalizing plans for the Sicily trip, she had to get in writing that if Italy shut down and her group couldn’t get in, that they’d get a refund. Italy currently has a Level 3 (“high”) rating from the Centers for Disease Control.

Reynolds has canceled an October trip to Portugal; the country has been labeled a level 4 country by the CDC because of a “very high” incidence of the virus. The CDC says: “Because of the current situation in Portugal, even fully vaccinated travelers may be at risk for getting and spreading COVID-19 variants.”

Reynolds recommends to all her clients that they obtain travel insurance. She said that she has only had one couple cancel – because of a non-COVID related health issue – but having travel insurance provides peace of mind, just in case.

Reynolds admitted she was relieved when she had to postpone the Portugal trip. “I’m worn out,” she said. “Everything is 100% more difficult than before. It’s a good thing I love what I do!”

Namibia is the first of eight trips planned for 2022 and is already full. Reynolds and her group leave Jan. 2, if all goes well.

Reynolds said, “There was a great moment of optimism. But now, because of what’s happening in the U.S., the numbers are going back up. … Some countries could ban U.S. citizens.”

Looking further ahead, Reynolds is planning trips to India and to the Arctic in 2023. She said, “I want to see a polar bear.”