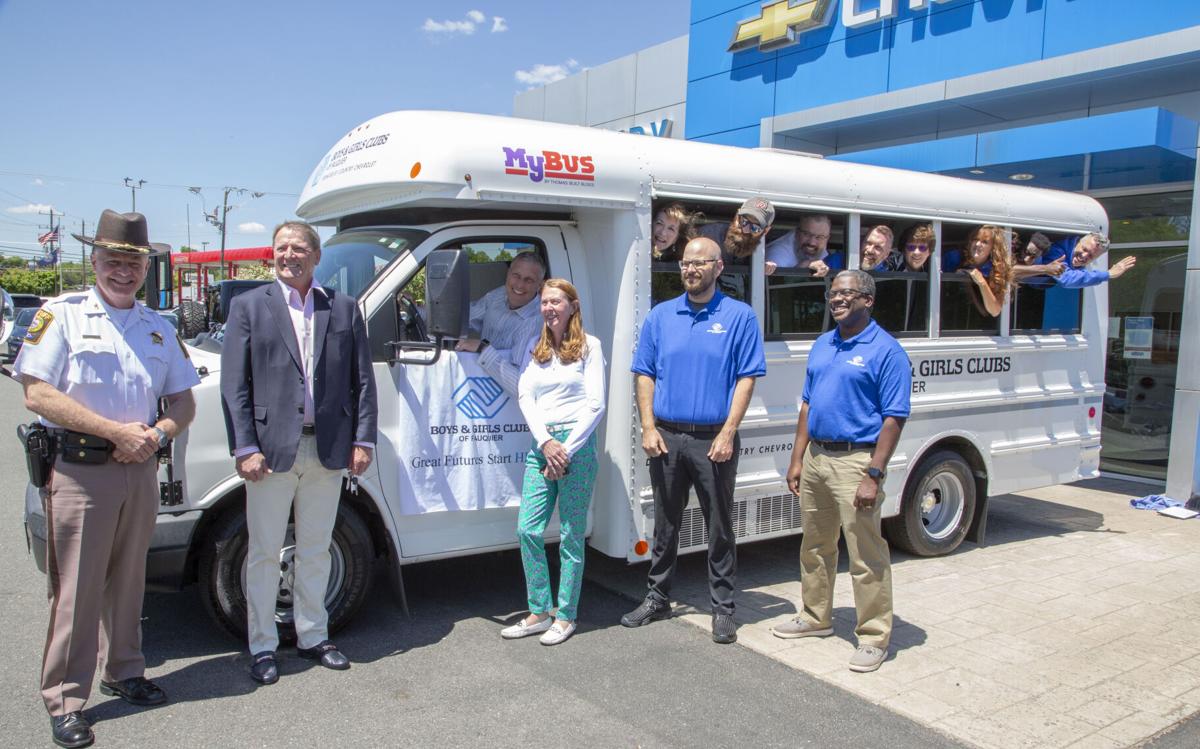 Folks from Country Chevrolet in Warrenton and from the Boys & Girls Club of Fauquier were happy to climb into the bright new van that the club will use to transport children on local field trips. 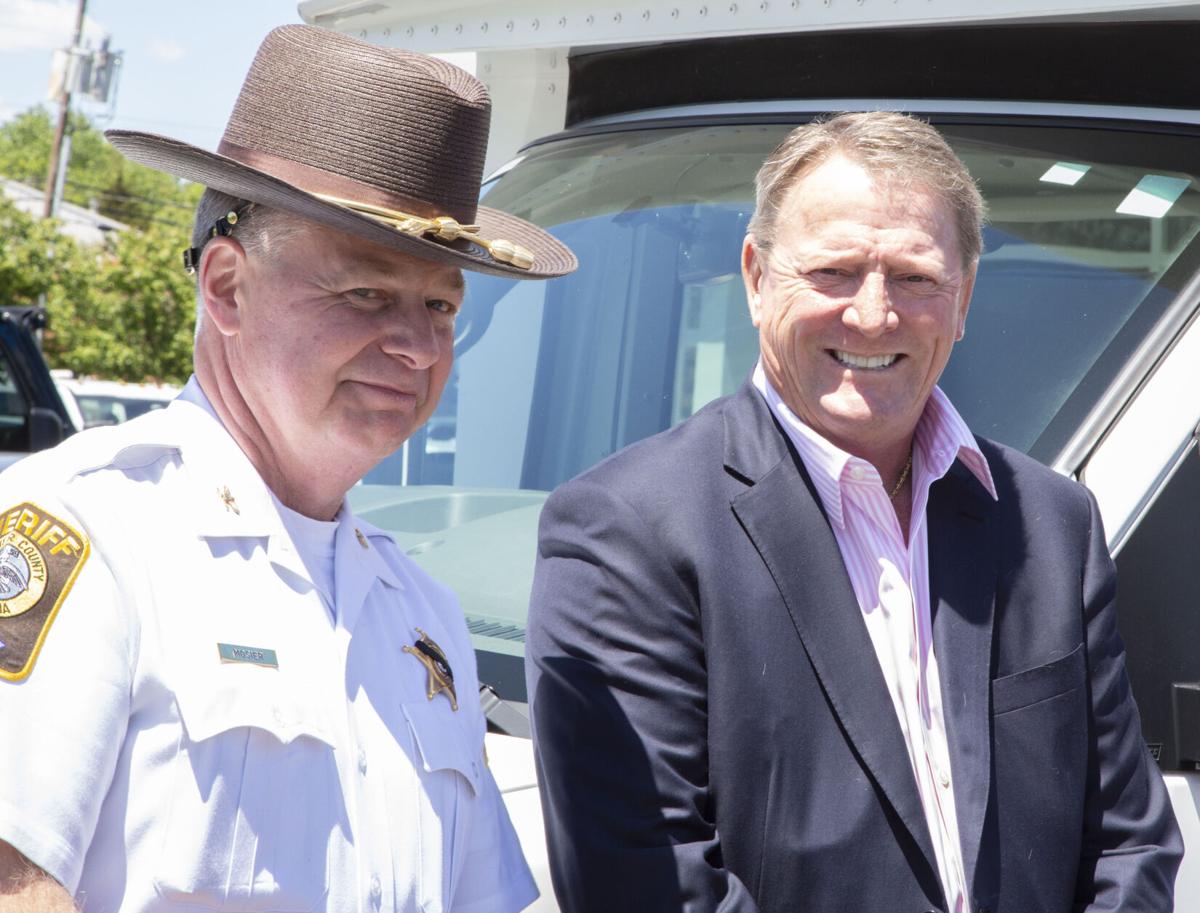 Fauquier County Sheriff Robert Mosier (left) was one of many Boys & Girls Club supporters who was present for the donation at Country Chevrolet Thursday. Dealership owner Andy Budd (right) was pleased to be able to once again support the local Boys & Girls Club.

Representatives of the Boys & Girls Club of Fauquier gleefully watched Country Chevrolet owner Andy Budd turn over the keys for a bright and beautiful new van to the Boys & Girls Club Thursday afternoon. The donated van will allow the club to carry 20 children at a time on field trips to local sites and businesses.

Budd said his team found the van at a used car dealership. It had been used by a daycare center that went out of business and has only 19,000 miles on it, he said. “It’s in great shape.”

The dealership paid about $30,000 for the van, then personalized the exterior just for the Boys & Girls Club.

Budd said he’s long been a supporter of the club, “ever since Jerry Wood and Buddy Curtis founded it 20 years ago.”

He said the club fills an important need in the community, one that local parents are grateful for. “There are a lot of learning programs … it gives the kids a place to go and keeps them out of trouble.”

Deanna Hammer, in charge of resource development for the Boys & Girls Club, is thrilled that the club now has a van, particularly for summer programming. She said the van doesn’t require a special driver’s license and is much easier to move around town than a school bus. She envisions trips to the Larry Weeks Community Pool, or the Boys & Girls Club garden at the WARF.

Local businesses, she said, “are so generous about welcoming us.” Chestnut Forks invites club attendees and Ellie’s Place may provide ice cream for the children on a hot summer’s day. If teens want to take a day trip, said Hammer, “we don’t have to try to find a bus and a bus driver.”

The van will live at the Boys & Girls Warrenton clubhouse at 169 Keith St.

Ginger O’Brien, central region unit director for the club, said that two employees have had experience driving church vehicles, so are comfortable behind the wheel of a big passenger van. Sonia Johnson, the club’s longest standing employee, drove the van off the Country Chevrolet lot across town to its new home.

O’Brien said the club is currently working with 32 children in its after-school program. The club is operating at 25% of capacity while COVID restrictions remain in place. The summer program has 65 registered, which O’Brien described as a good, workable number.

Budd said Country Chevrolet “has probably donated $300,000 to $400,000 to the Boys & Girls Club over the last 20 years. “We have a great business, with great support from the community,” and he believes in giving back.

“If you want a great community, you have to support the community…. To whom much is given, much is asked,” he said.

When asked if he had any message for Fauquier Times readers, he said, “Tell them to donate to the Boys & Girls Club… $5, $10 whatever they can. The club needs the community’s support.”